DALLAS – The 1969 Gibson Hummingbird acoustic guitar that Janis Joplin owned and used to write her classic anthem, Me and Bobby McGee, highlights a roster of rare screen-worn costumes, outfits worn by rock stars and a wig worn by Marilyn Monroe are among the most heavily sought-after lots in Heritage Auctions’ Nov. 12 Entertainment and Music Memorabilia Auction in Dallas. Absentee and Internet bidding is available through LiveAuctioneers.com.

“This is an extraordinary collection of items that has enormous appeal to collectors and music lovers around the world,” Heritage Auctions Director of Entertainment Margaret Barrett said. “Not only were Janis Joplin, John Lennon and Michael Jackson iconic musicians who transcended the music world, but they also had their lives cut short, thereby making these items part of finite sets. These artists will be known around the world for generations to come, making these items of extraordinary value to collectors.”

The enormously talented and influential Joplin’s legend only grew after she died at just 27 years old in 1970. Joplin played the Hummingbird Gibson (above), with its sunburst finish, during the recording of Me and Bobby McGee, which was released posthumously on her Pearl album. Since her death, the guitar has been owned by Sam Andrew, a founding member of two bands – Big Brother and the Holding Company and the Kozmic Blues Band – and has been displayed at the Musical Instrument Museum in Scottsdale, Ariz. The lot also includes the original beige doily Joplin used to clean the guitar, a letter of provenance from Joplin’s road manager and the instrument’s original hard case.

Collectors who covet Beatles memorabilia have an opportunity to acquire an autographed first pressing of P.S. I Love You/Love Me Do 45 (est. $40,000). Signed on the “B” (P.S. I Love You) side in black ballpoint pen, this rare copy is encased in a sleeve VG-E 6 with a tear at the label hole and is accompanied by a letter of provenance from the original owner for whom the signatures were obtained and certificates of authenticity from Tracks and Heritage. 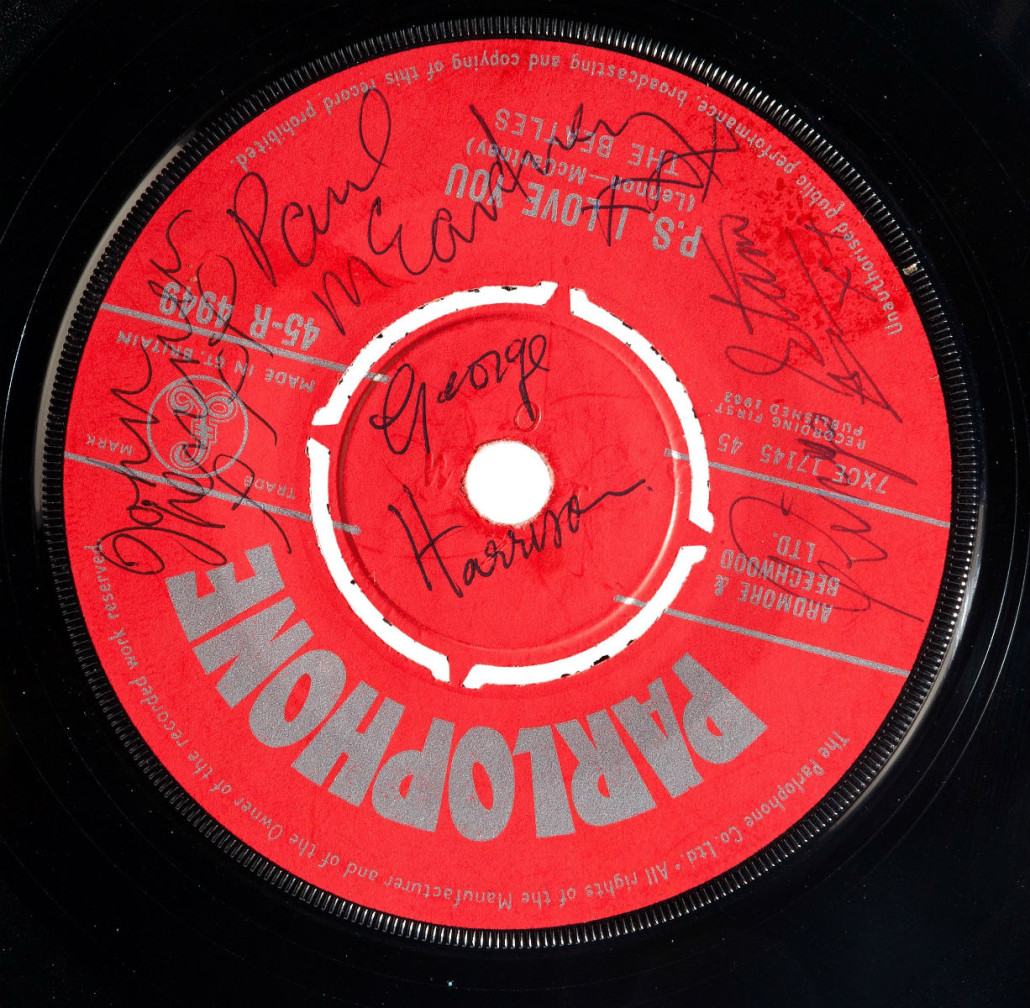 Close-up of Beatles-signed first pressing of ‘P.S. I Love You.’ Heritage Auctions image

A third musical legend featured in the auction is Prince, who personally played and approved a Special Prototype Schecter Diamond Series Cloud Guitar (est. $25,000) that is among the available lots. All of the metal hardware on this cobalt blue guitar – made in the “Cloud” style made famous by the artist – is gold in color. The 22-fret fingerboard is decorated on the front with silver markers in the form of Prince’s “spade” symbol. The guitar is accompanied by an equipment loan agreement signed by both the consigner and Sheila E.

The auction includes almost 100 lots of items from the personal collection of legendary actor Ernest Borgnine, whose film, television, character and voice acting career spanned more than six decades. Highlighting the Borgnine collection is the cap he wore in the 1960s television show McHale’s Navy, (est. $30,000.

Another lot related to Hollywood’s Golden Era include the blond wig worn by the legendary Marilyn Monroe as “Roslyn Taber” (est. $20,000) in the star’s last completed film, The Misfits. 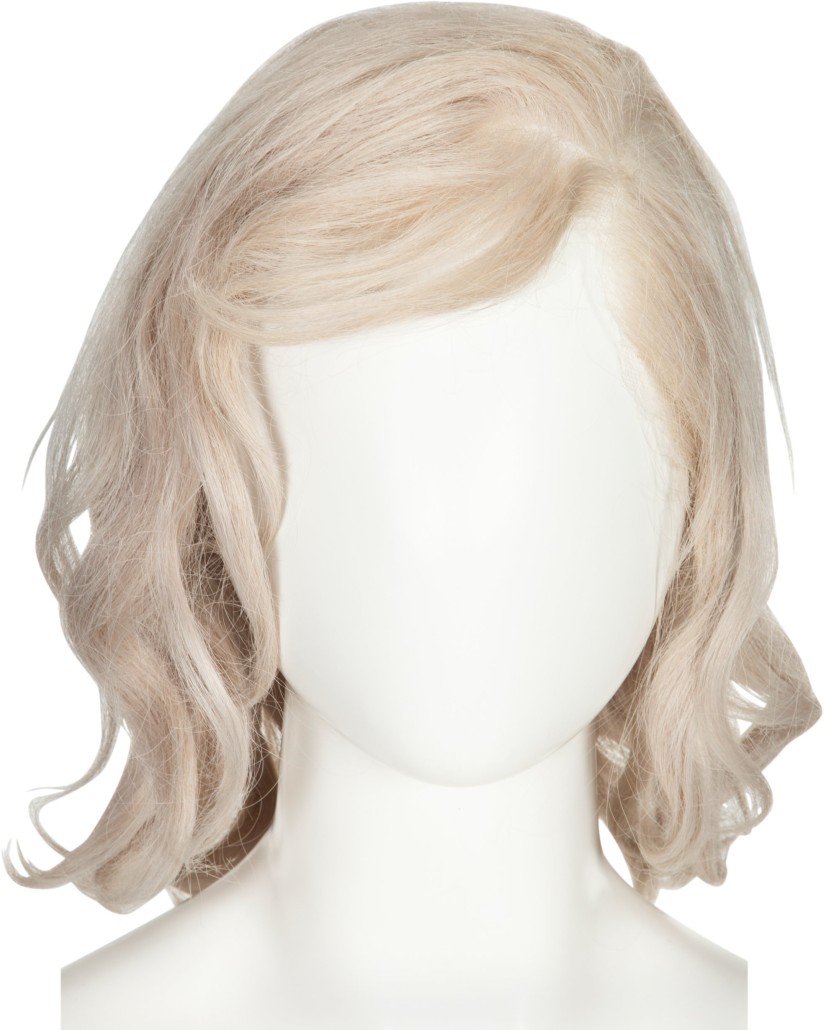 Known as “the King of Pop,” Michael Jackson was revered for his singing, dancing, song writing and unique sense of style. Collectors now have an opportunity to acquire a pair of black, metal-rimmed aviator sunglasses (est. $8,000) Jackson wore on stage Sept. 8, 1984 during a Victory Tour performance in Denver.

Dept. of Natural Resources cracks down on fossil hunters