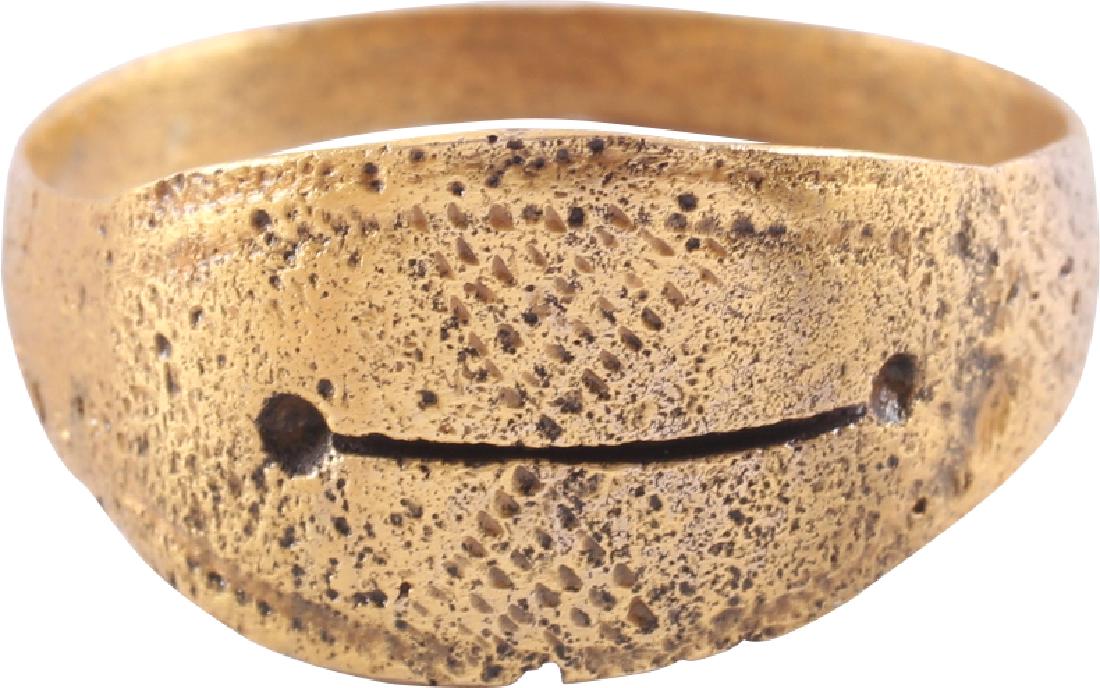 NEW YORK – On Saturday, March 4, Jasper52 will conduct an online auction of Viking jewelry dating back to the Middle Ages. Absentee and Internet bidding is available through LiveAuctioneers.

The 75-lot auction includes rings amulets, pendants and bracelets that hold symbolic meaning in their shapes, often embodying the great strength of Viking warriors who bore them.

Professionally refurbished and ready for modern wear, these jewelry pieces are endowed with history as well as beauty.

A Viking warrior’s ring is the perfect accessory for the man or woman who’s ready to take on world. Featured in this auction are two warrior rings. The larger one (above) is size 13 1/4. The smaller one (below) is size 10 1/4 and features a heart-shape bezel. For Vikings the heart stood for bravery, fortitude, loyalty and integrity – all attributes of the warrior. 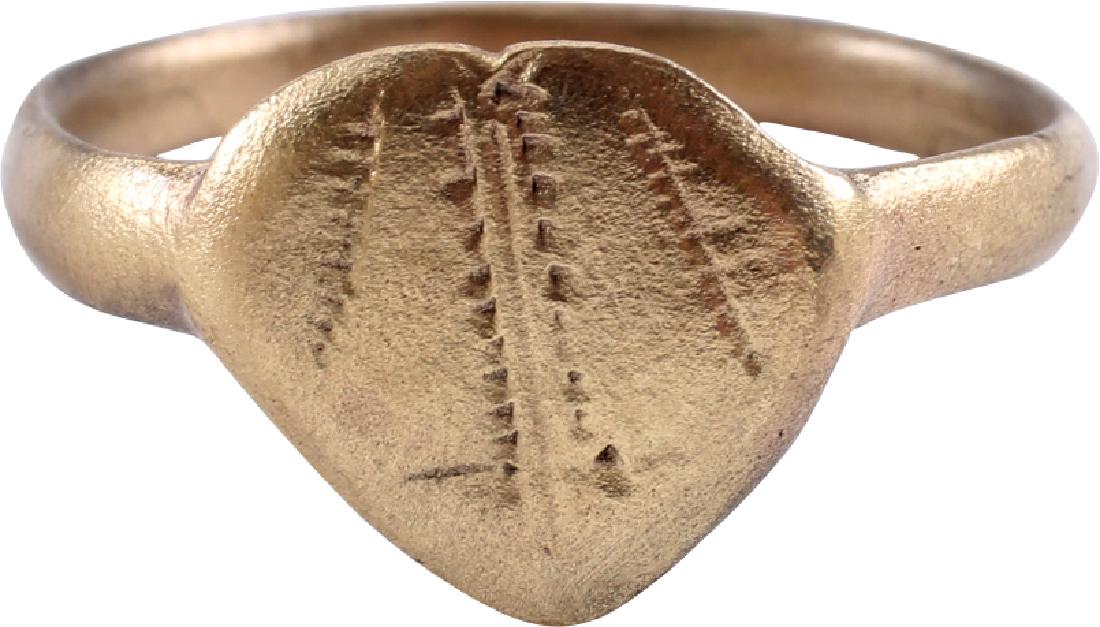 A traditional Viking jewelry form is the coil ring, but few survive due to their fragility. The gilt bronze example in the auction (belwo) is size 10 and consists of a slightly rounded face spiral of three full turns. 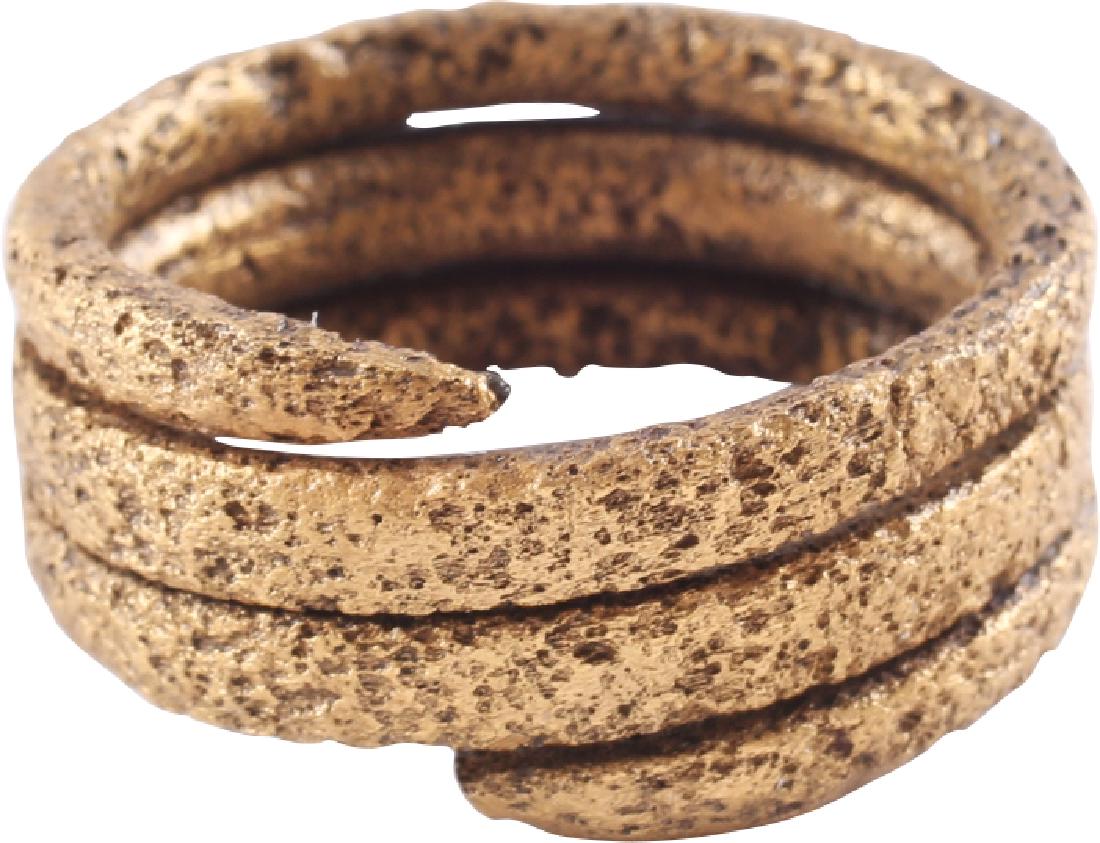 As expert navigators, the Vikings viewed the constellations as signifying both mystery and power. The Moon was personified as Mani, brother to Sol the Sun, and is abundantly represented in Norse literature. Lunar pendants were worn as pectorals as well as suspended from belts, other clothing and horse harnesses. One such pendant (below) is fashioned as a narrow crescent moon with double tips flanking a central column, a common motif with astrological significance.

Another pendant in the auction is in the shape of a heart and adorned with stylized foliage (below). 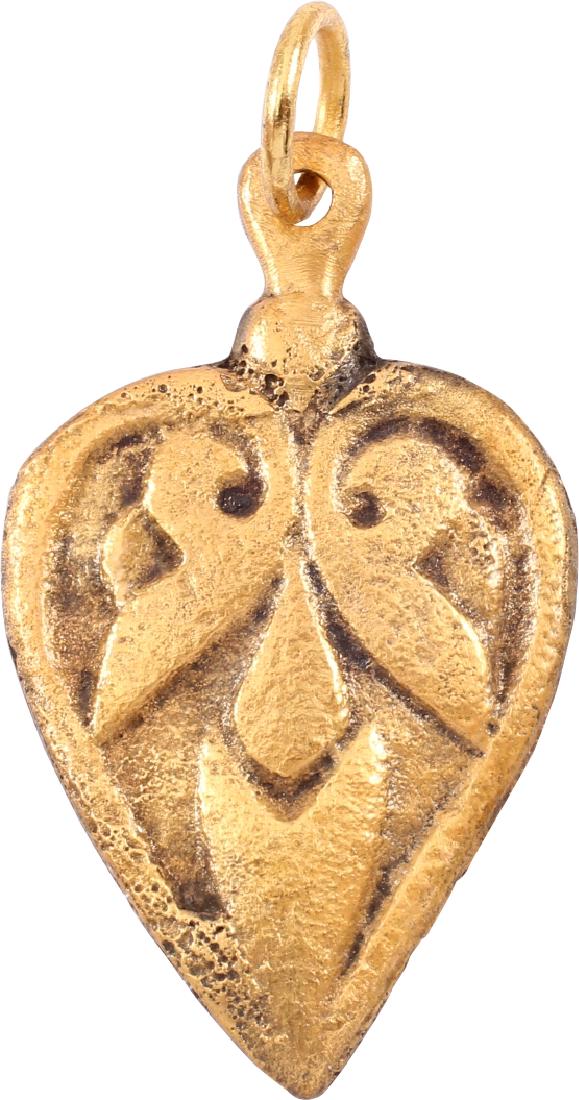 Dating to the 10th century, an intricately decorated gilt bronze bracelet, about one-half inch wide, is also a featured lot in the sale. 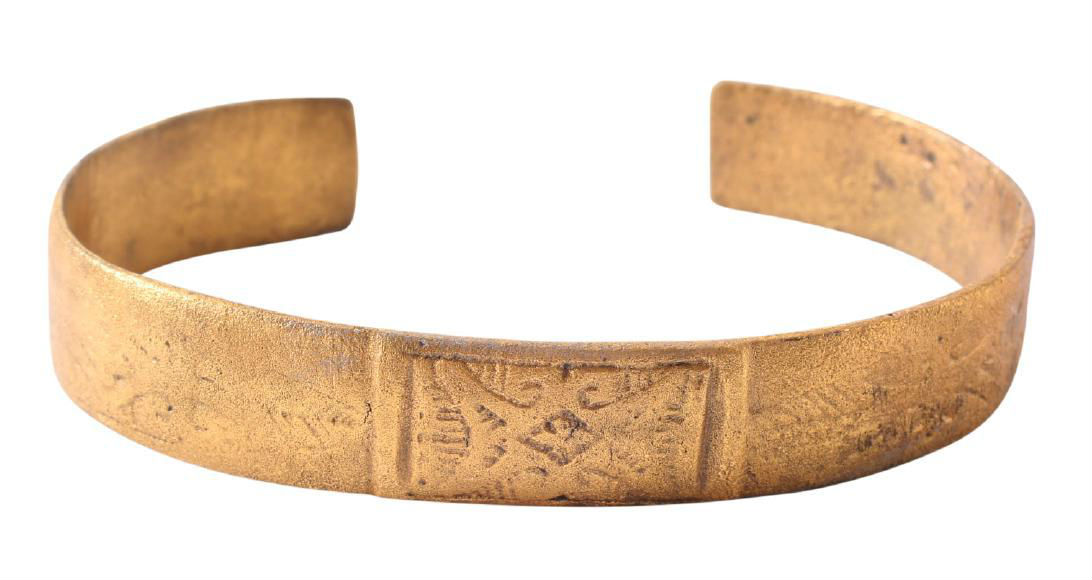 Viking bracelet, gilt bronze band, 10th century, just under 1/2in width at the center and tapering slightly to the ends, professionally refurbished with the gold restored. Estimate: $500-$600. Jasper52 image

The auction will begin at 3 p.m. Eastern on Saturday, March 4.