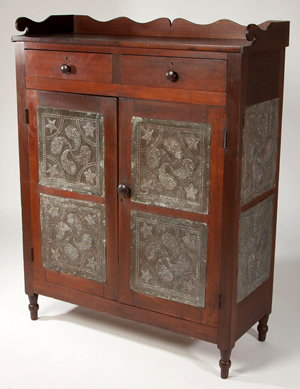 LiveAuctioneers.com will provide Internet live bidding for the 1,100-plus-lot auction, which will begin at 9:30 a.m. Eastern.

The vernacular offerings include a number of rare and unusual pie safes, led by an important walnut example signed for E.F. Bell, Strasburg, Va., and made for Carrie and Theophilus Grim, likely for their wedding in 1870. Edward Fry Bell was the son of potter John Bell and nephew of Samuel Bell and Solomon Bell. He was listed as a cabinetmaker in the Federal census from 1870 to 1900. Theophilus Grim was an itinerate potter who worked at numerous shops in Strasburg as well as for David Henkel at the Stonyman Pottery in Page County.

Additional furniture in the sale includes an important Petersburg, Va., Chippendale black walnut armchair, circa 1760-1780, from the personal collection of Milly McGehee. The chair is from the same shop as the set made for the Epps family of Appomattox Manor, Hopewell, Va., now in the collection of the National Society of the Colonial Dames of America, Virginia. Also in this section are a fine Winchester, Va., Federal walnut child’s chest of drawers that has descended in the Bell and Henkel families of Winchester and a full-size cherry chest of drawers from the same shop, circa 1815.

Historically important material includes a group of items that have descended in the family of Thomas Boyle Campbell (1796–1858), silversmith of Winchester, Va. The group lot consists of a circa 1820 miniature portrait on ivory and a circa 1840 oil on canvas portrait, both depicting Campbell, five coin silver teaspoons that he made for his personal use, and several documents relating to Campbell family history.

The sale features one of the larger groups of fine art and jewelry the gallery has garnered of late. Works include painters as diverse as Fabbio Fabri, Francesco Coleman, Oscar Glatz, William Shayer I, William Frederick Giessel, and many other European artists, as well as Hudson River School painters and works done in America in the folk art vein. Russian works of art include pieces by and after Faberge from a Canadian private collection. Fine jewelry is led by a 3.65-carat heart-shape diamond platinum ring. 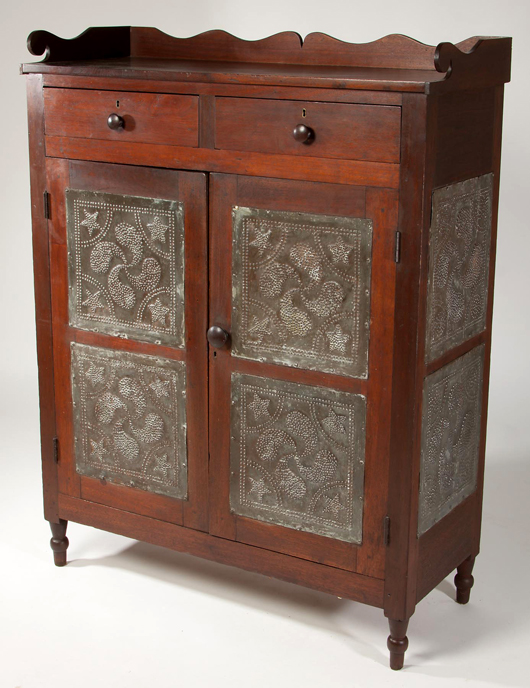 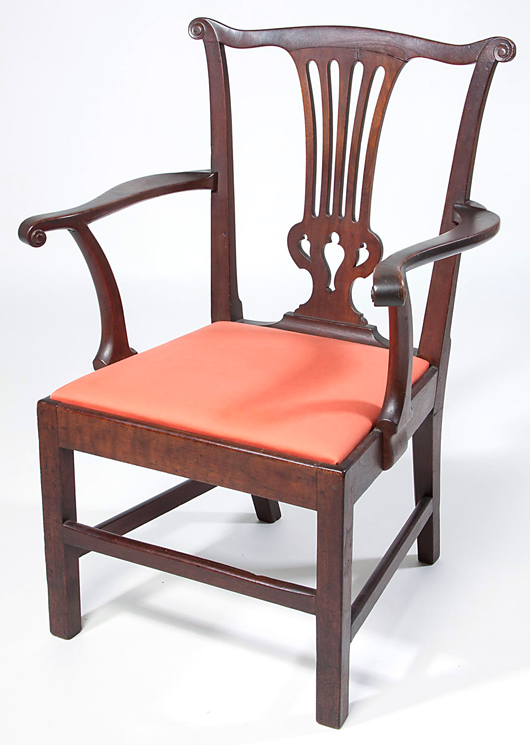 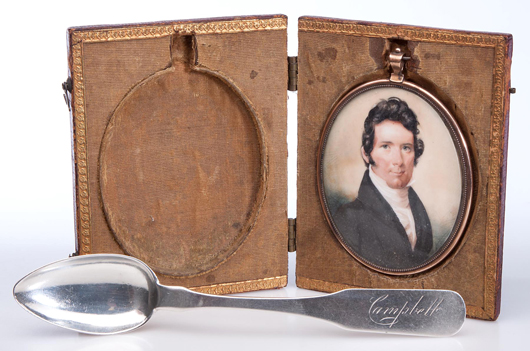 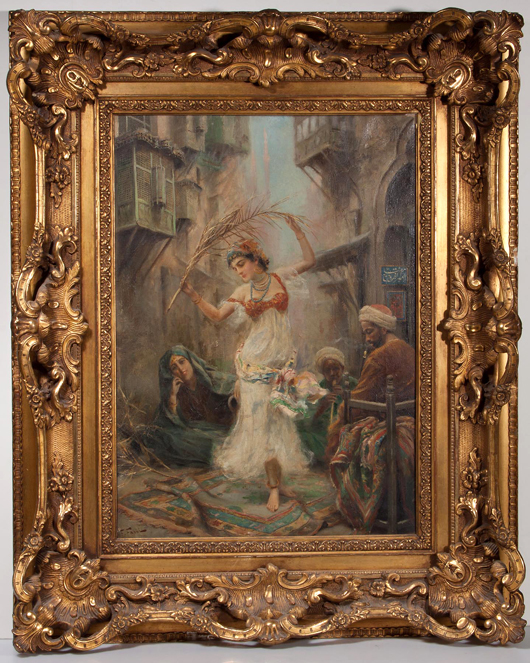 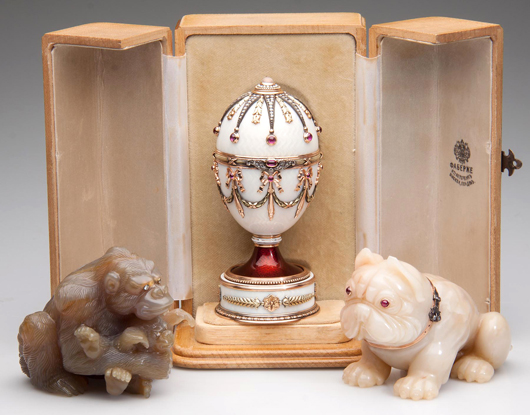 Russian works of art including pieces by and after Faberge, from a Canadian private collection. Jeffrey S. Evans & Associates image.