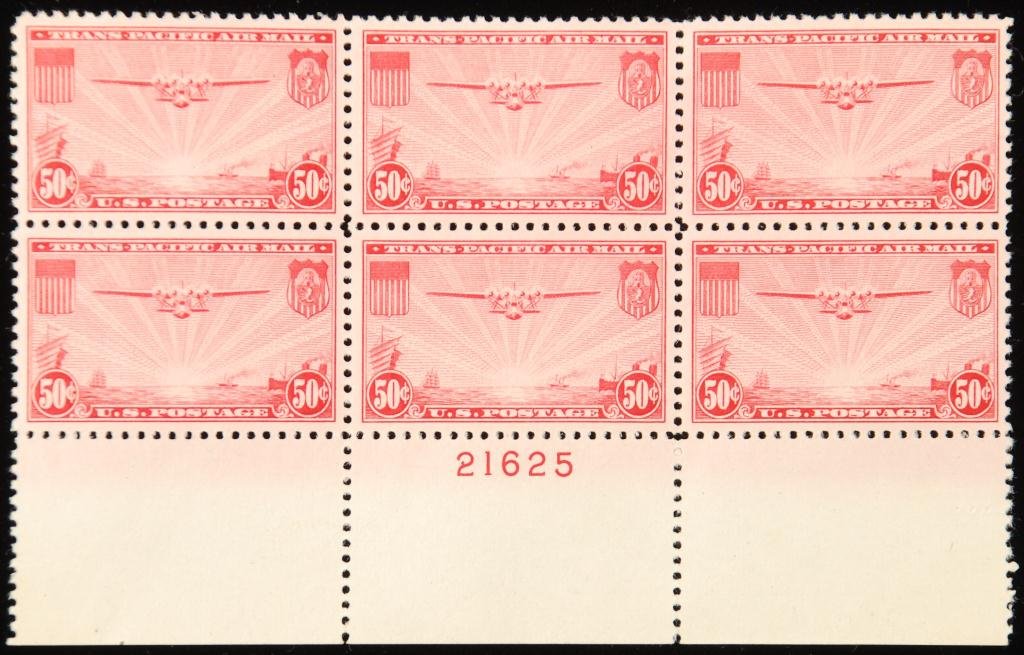 AMESBURY, Mass. – A pair of massive single-owner multi-generational collections – one of stamps, tokens and medals, the other of photographica and antique cameras – will be sold April 2 and 3 by John McInnis Auctioneers. Nearly 1,000 lots will come up for bid.

“Each of these sessions will have interesting and highly desirable items waiting to be discovered, after being tucked away, out of public view, literally for decades,” said John McInnis of John McInnis Auctioneers.

Session I – the stamps and exonumia – will be sold on Saturday. The stamps are from a two-generation collection begun in the 1930s by a prominent family in Andover, Mass.

Expected top lots will include a 1-cent “Columbus Sight of Land” 1893 Columbian Exposition issue, a block of 24 Curtiss bi-plane airmail stamps from 1918, a block of six 50-cent “China Clipper” airmail stamps (above) from 1918 and a Graf Zeppelin $1.30 stamp.

Session II – on April 3 – will be dedicated to two areas of early photography. These will include perhaps one of the largest single-owner collection of daguerreotypes and ambrotypes – between 600 and 700 examples between the two – plus tintypes, cabinet cards, cartes de visite, albumen prints; 542 lots in all, some lots in multiples. 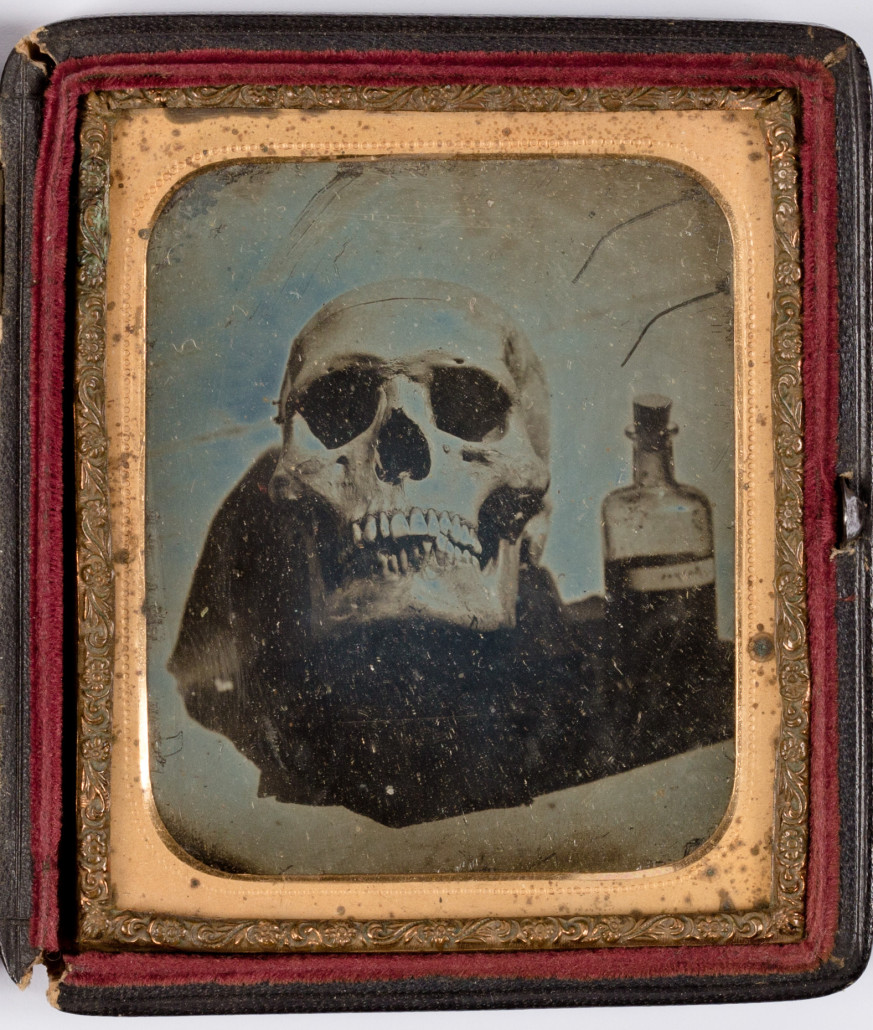 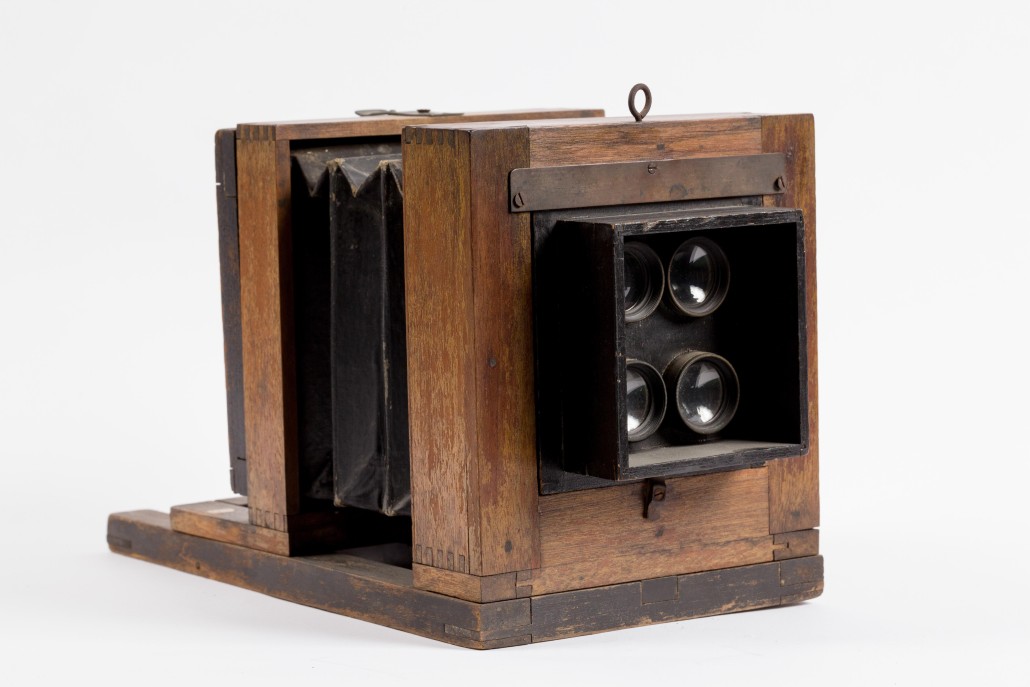 Also being sold that day will be more than 100 19th and early 20th century cameras, lenses and equipment.

Absentee and Internet live bidding will be available through LiveAuctioneers.