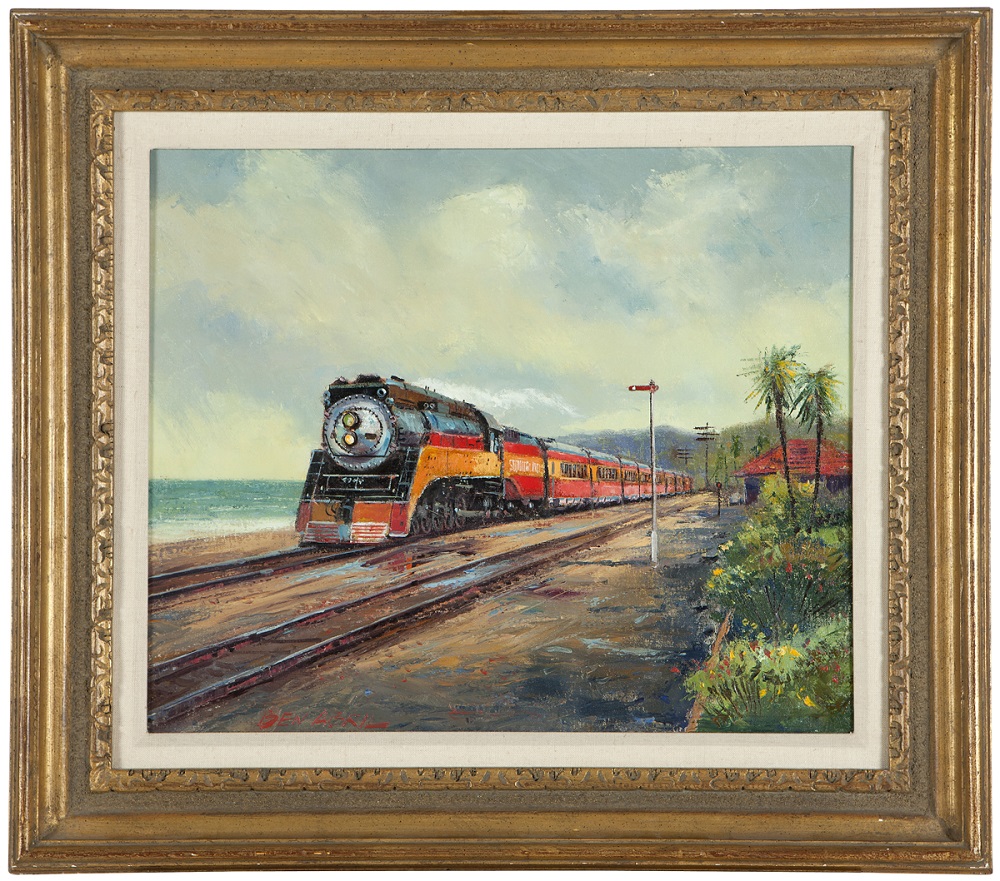 ALTADENA, Calif. – John Moran Auctioneers is ringing in the new year by reaching out to established collectors and art market newcomers alike with a January online-only fine art auction. Moran’s expects to sell over 200 lots of reasonably priced works of art in their online auction, which will close on Jan. 27.

Timed bidding will begin at 6 p.m. Pacific time on Jan. 27, with each lot given a limited amount of time for live bidding until closure. Buyers can submit absentee bids through the LiveAuctioneers.com platform from the sale’s late December open until the beginning of the automated auction’s timed denouement on the Jan. 27.

While the sale is not the first online-only auction Moran’s has conducted, this auction is the first of a new model of curated biannual online-only fine art sales featuring pieces with approachable prices ranging from $300 to $5,000. Selections include an eclectic mix from American, Latin American, Asian and European artists across all time periods and styles. Photographs, watercolors, prints and oil paintings will all be offered, with examples by top names offered alongside lesser-known listed artists.

Highlights by John Moran catalog mainstays include The Coast Daylight (above) by Ben Abril (1923-1995, Los Angeles). This a smaller-size oil on canvas is offered with an approachable estimate for the well-known California artist and is expected to bring $3,000-$4,000. The work is inscribed verso, explaining that the Southern Pacific Railroad steam train depicted made a daily run from Los Angeles to San Francisco; the present image is of the train southbound, departing the Santa Barbara station.

Another highly sought artist, Paul Grimm (1891-1974 Palm Springs, Calif.), is represented in the online sale with a number of works; one oil, titled Sierra Grandeur (Palisades Glacier), is offered with a $2,500-$3,500 estimate. 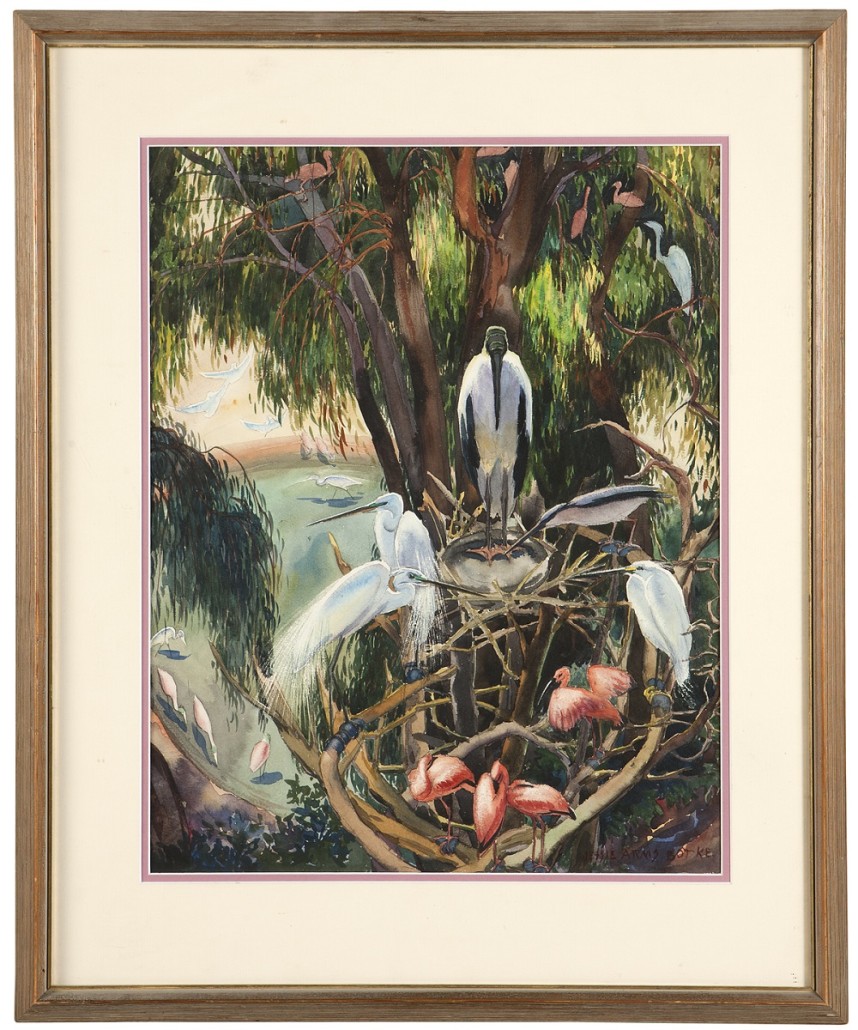 A handful of works by modern Los Angeles-based watercolorist Jake Lee (1915-1991 Los Angeles) is also included in the catalog. One colorful Morro Bay harbor scene (below) will go up to the block with a $1,000-$2,000 estimate. 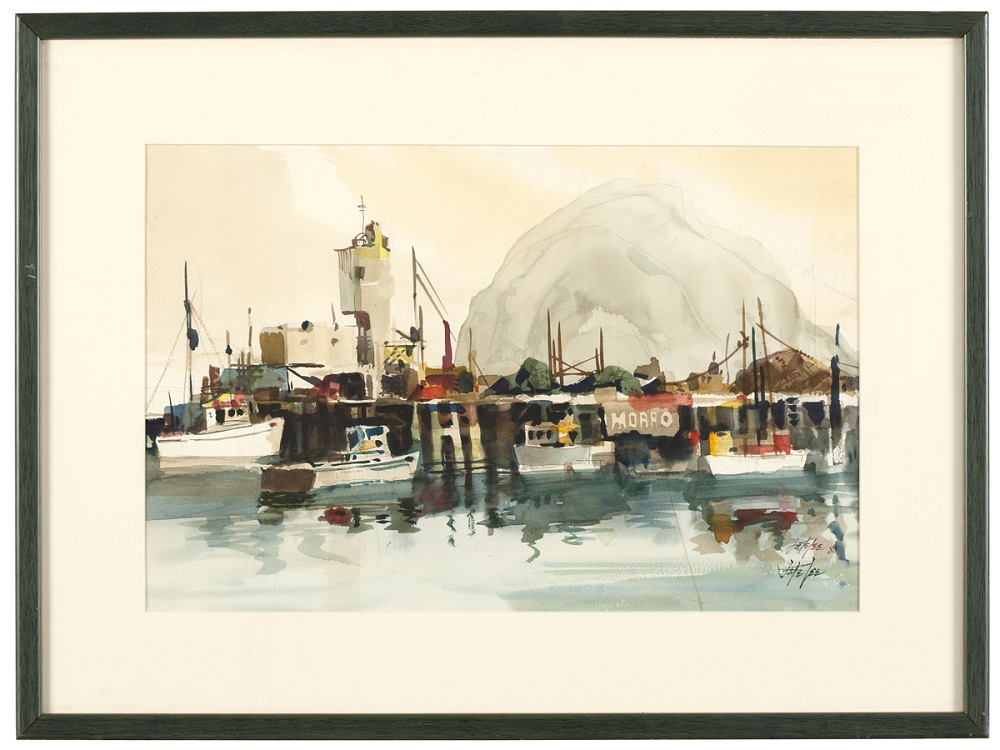 Contemporary works are also slated to find new homes through Moran’s January online-only event. A cheerful riparian California landscape by Tim Solliday (b. 1952 Alhambra, Calif.) aptly titled Golden Reflections (below) is to be offered for $1,000-$1,500. 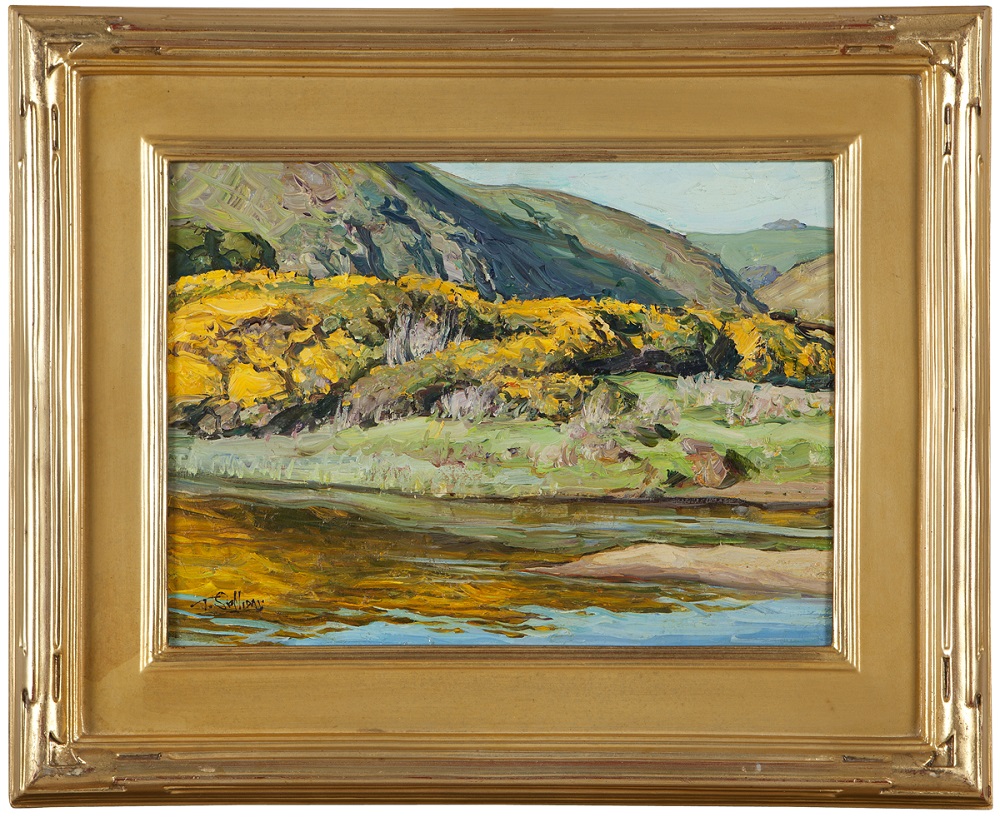 Buyers looking for works by European painters will be pleased to find a few gems in Moran’s catalog. A lakeside townscape by French folk artist and landscape painter Elisee Maclet (1881-1962) is one of a handful of works by the artist to be offered in January. The untitled painting (below) is offered for $1,000-$1,500. 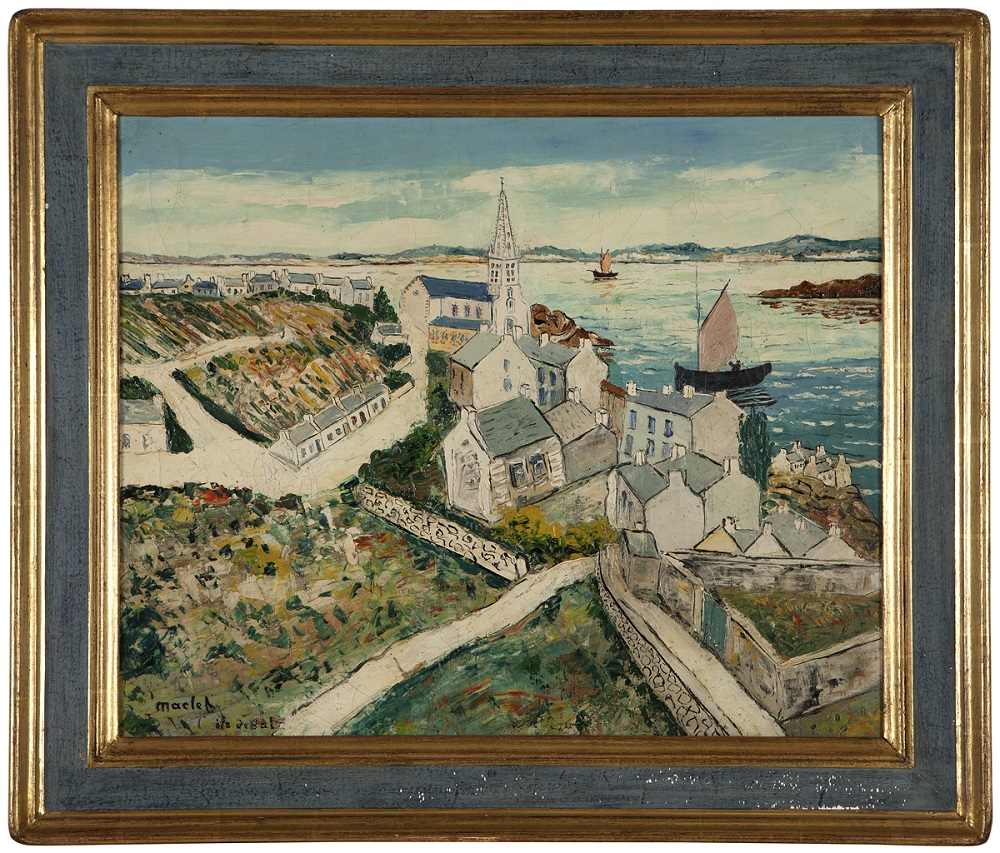 Due to the nature of the online-only auction, telephone or in-person bidding will not be available for this auction.

Moran’s is offering extended public and private preview times at their new location in Monrovia, Calif. The full online-only inventory will be available for preview during the regularly scheduled preview for the Jan. 19 Decorative Art Auction, which will take place at Moran’s Monrovia headquarters, 145 E Walnut Ave.

Those wishing to view the sales by private appointment can contact Moran’s regarding a showing on Wednesday, Jan. 13, or Thursday, Jan. 14.

For questions regarding the online-only auction contact John Moran Auctioneers directly via email: info@johnmoran.com or telephone: 626-793-1833.