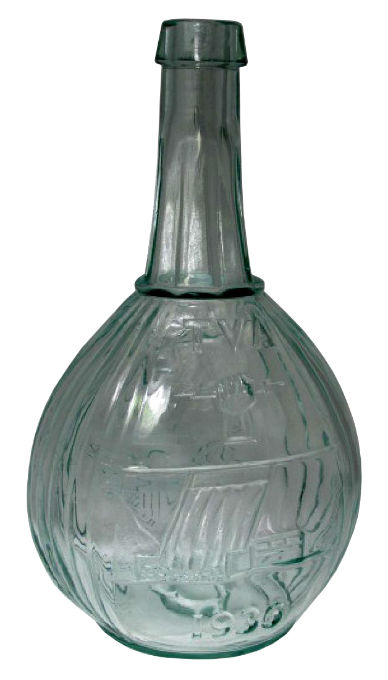 SPRINGFIELD, Mass. – A distinguished eastern Tennessee family’s three-generation collection of antique American glass bottles and flasks will be auctioned with no reserve on Thursday, Aug. 3, in Springfield, Massachusetts. Auctioneer John W. Coker has chosen the Sheraton Springfield Monarch Place Hotel as the venue for his auction of the Frank M. Hodges Jr. and Hodges family collection as a convenience to the many antique bottle collectors who will be in the area that day.

“While the auction is not actually affiliated with the Federation of Bottle Collectors’ annual convention being held at the Sheraton, the Hodges family collection is so important, we felt it made sense to move the sale from Tennessee to where the largest concentration of bottle collectors would be,” said auctioneer John Coker. “We also want to support the club and help promote attendance at the convention. Our auction is an added incentive for those club members who may be on the fence about traveling.”

Coker’s auction will be held at the Sheraton’s 3rd Floor Longford Reception Room, starting at 2 p.m. Eastern time. In addition to on-site bidding, all remote forms of bidding will be available, including absentee, by phone and live via the Internet through LiveAuctioneers.com. There are no reserves on any of the bottles.

Packed with rarities in beautiful original condition, the 100-lot estate collection spans a timeline from the 18th through 20th centuries and includes New England and Southern bottles and flasks, medicine and advertising bottles, and inkwells. The collection was inherited by the consignor, Frank Hodges III, upon his father’s passing earlier this year. He represents the third generation of a family that has had a deep involvement in antiques and the documentation of eastern Tennessee’s history. 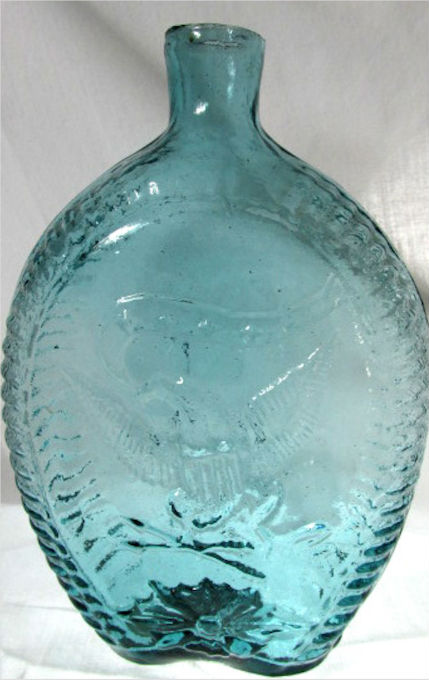 “This collection’s origins go back 90 years to antique dealer Frank Hodges Sr., but the bulk of the collection was amassed over a 60-year period by his son, Frank Jr., who was a respected clock expert and very knowledgeable antique dealer. The collection has never been displayed publicly and is 100 percent intact. It has never been picked,” said Coker. “Frank Jr. kept the bottles in special cases that were positioned so he could enjoy a view of the best bottles from his favorite chair.”

Very few visitors were ever invited to the Hodges home to see the collection, Coker added. “Other dealers may have noticed him buying bottles at auctions, but they never put it together that he had a personal collection. In fact, he was a very advanced collector who was meticulous about researching and cataloging his acquisitions. He was a real scholar.”

The crown jewels of the collection are the nine Double Eagle hand-blown whiskey flasks in pint, half-pint and quart sizes, including examples in aqua, multiple shades of green (including olive), and amber. The term “Double Eagle” refers to the attractive bas-relief eagle motif embossed on both the obverse and reverse sides of the bottle. Dating from 1810 to 1830, they are estimated from $2,000 to $50,000 each, depending on rarity.

Among the other motifs seen on bottles and vessels in the collection are: Urn & Cornucopia, Eagle and Tree; Scroll, Eagle and Banner; (Union) Clasped Hands, (Coventry) Lafayette, (Fislerville) Jenny Lind, Washington and Mayflower; and Washington and Taylor. Inscriptions include: Success to the Railroad, For Pikes Peak, (Haviland & Co.) NYC, Augusta & Charleston; Never Surrenders, and a number of others. Many early glass companies are represented. In some cases, there are multiple examples of a given bottle, but each is a different color variation. 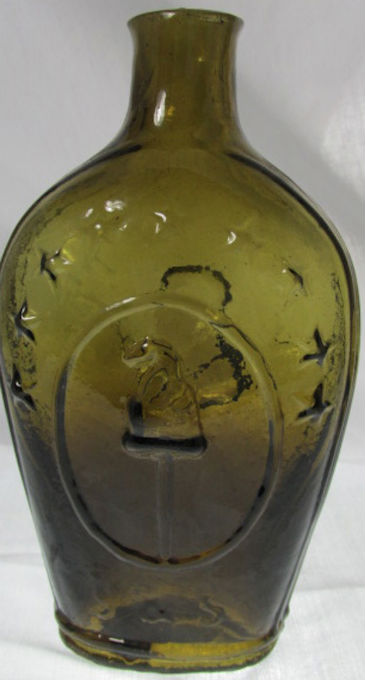 While the Hodges family collection has been “off the grid” and largely unknown to the collecting community for 90 years, it comes to the marketplace with prestigious provenance.

“My father was a member of the Sons of the American Revolution and had a great sense of history. By the time of my earliest recollection, his showcases were already full of his most highly prized bottles, which he collected just as much for their historical value as their beauty,” said Frank Hodges III. “If he purchased bottles, he only chose examples that were of very good quality, but his most common method of obtaining them was to go out and search in lake beds and abandoned dwellings. He grew up on a very large farm in eastern Tennessee, where his favorite pastime was digging up old bottles and Indian relics. Later, as a young man, whenever the region flooded, he would go out and look around the old buildings and dwellings that had been taken over by the Tennessee Valley Authority. It was a good way to find bottles that had been hidden for a very long time, and he enjoyed preserving them for posterity.” 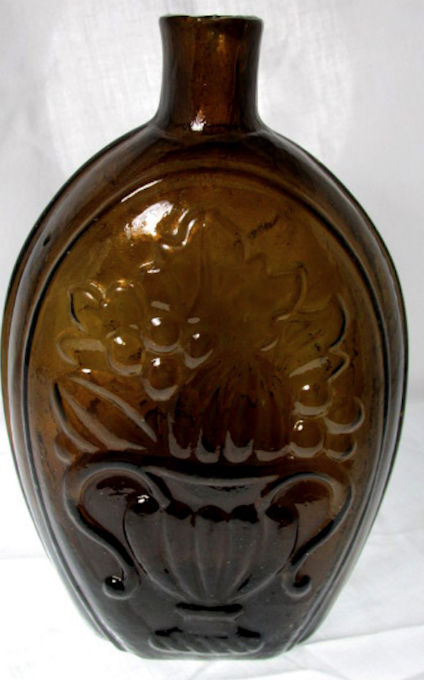