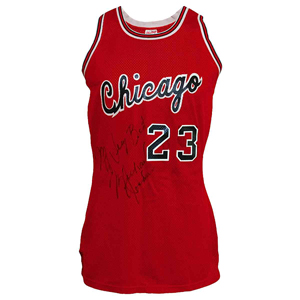 More than 70 returning Hall of Famers are expected to attend the three-day festivities honoring the Class of 2009, who will be inducted in an evening ceremony on Friday, Sept. 11 at the Hall of Fame in Springfield, Massachusetts. Those to be inducted are (alphabetically): Michael Jordan, David Robinson, Jerry Sloan, C. Vivian Stringer and John Stockton.

Grey Flannel Auctions will host the weekend’s opening event on Sept. 10, an invitation-only dinner for Hall of Famers, inductees and VIPs at the Hall of Fame’s Center Court. The highlight of the dinner will be the presentation of an extraordinary gift to the Naismith Memorial Basketball Hall of Fame – the jersey that hardwood legend and Hall of Famer “Pistol” Pete Maravich (1947-1988) wore when he set the all-time NCAA Division I scoring record in 1970 – a distinction that remains on the books, unchallenged, to this day. The historical jersey is the property of collector David Miller, who will present it to honored guests Jackie and Josh Maravich, Pete’s widow and younger son. In turn, Jackie and Josh will formally present the jersey to the Hall of Fame, where it will remain in perpetuity.

On Saturday morning, Sept. 12, 2009, Grey Flannel will conduct a 250-lot auction of vintage basketball-related memorabilia at the Mohegan Sun casino and resort in Uncasville, Conn., approximately 70 miles from Springfield. Internet live bidding will provided by LiveAuctioneers.com.

“This will undoubtedly be the finest and most exciting basketball auction we’ve ever produced,” said Grey Flannel Auctions’ president Richard E. Russek. “The items in this sale are so extraordinary that we aren’t even putting estimates on them. The fans will know the reserve amount on each item, and they will decide what the values should be.”

Two of the top lots to be auctioned are closely linked to 2009 Hall of Fame inductee Michael Jordan, and are iconic mementos of both his earliest and last days as a headline-grabbing superstar with the Chicago Bulls. A 1984-85 game-used and autographed Chicago Bulls rookie jersey – possibly the first NBA jersey ever issued to Jordan – is accompanied by a team letter and photo match. It carries a reserve of $25,000.

The second key lot with a Jordan connection is the actual complete backboard from the June 14, 1998 NBA Finals Game no. 6. In that unforgettable game that pitted the Chicago Bulls against the Utah Jazz, Michael Jordan took his last shot as a Bulls player, and in so doing, clinched the game and the championship for his team. The iconic backboard is entered in the sale with a $25,000 reserve.

A highly important Wilt Chamberlain Western Conference All-Star Game-used uniform with pristine provenance will be offered with a $25,000 reserve, while a 1955 Bob Pettit Milwaukee Hawks NBA All-Star Game-used rookie jersey, autographed by Pettit and accompanied by a Pettit LOA (letter of authenticity), has a $20,000 reserve.

Several premier articles in the sale pertain to the inventor of basketball, Dr. James Naismith. Within this prized selection are the earliest known photograph of Naismith, and his personal passport. Each will be offered with a reserve of $2,500.

Grey Flannel’s Saturday, Sept. 12, 2009 auction will commence at 10:30 a.m., Eastern Time, in the Brothertown Room of Mohegan Sun casino and resort, 1 Mohegan Sun Blvd., Uncasville, CT 06382. Internet live bidding will be available through www.LiveAuctioneers.com as the auction is taking place. View the fully illustrated electronic catalog and sign up to bid absentee or live via the Internet at www.GreyFlannelAuctions.com.

Grey Flannel was founded in New York in 1989 by Richard Russek and Andy Imperato. With its respected team of experts and long-established friendships with athletes and their families, Grey Flannel rose to become the world’s foremost authenticator and dealer of game-used jerseys. In 1994, Grey Flannel became the official appraisers and authenticators for the Naismith Memorial Basketball Hall of Fame. In 1998, the firm was hired by Sotheby’s to authenticate the Barry Halper Uniform Collection, which rivaled in scope even that of the Baseball Hall of Fame. In 1999, Grey Flannel entered the auction arena, and since then has auctioned some of the most important sports memorabilia ever to reach the public marketplace, including Babe Ruth’s 1932 “Called Shot” uniform, which sold for more than $1 million. 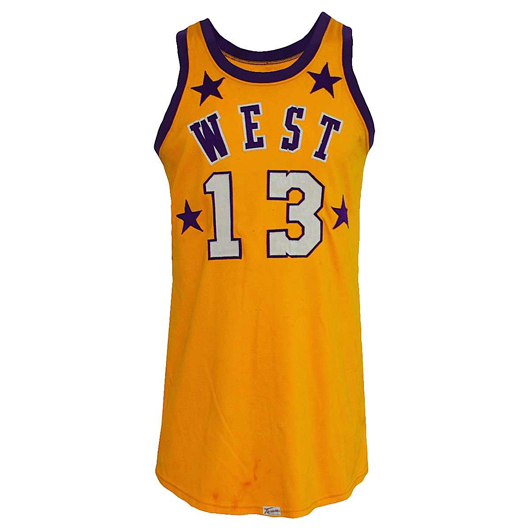 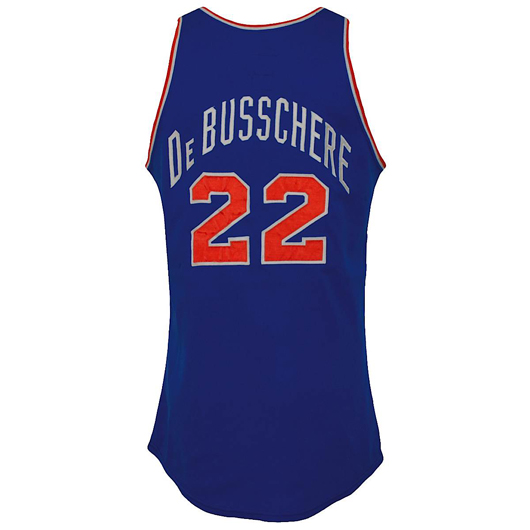 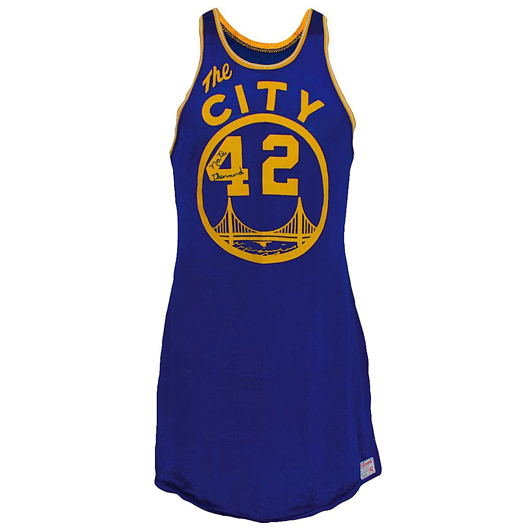 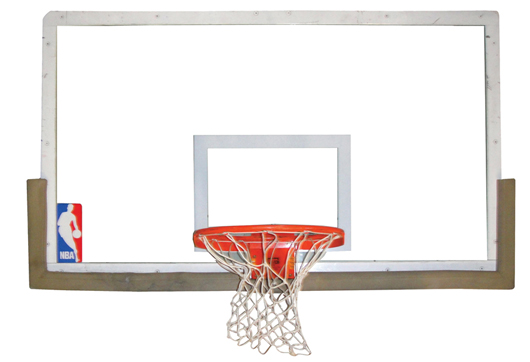 Actual complete backboard and rim from the June 14, 1998 NBA Finals Game no. 6 (Chicago Bulls vs. Utah Jazz) in which Michael Jordan took his last shot as a Chicago Bulls player and won both the game and championship for his team. Reserve: $25,000 reserve. 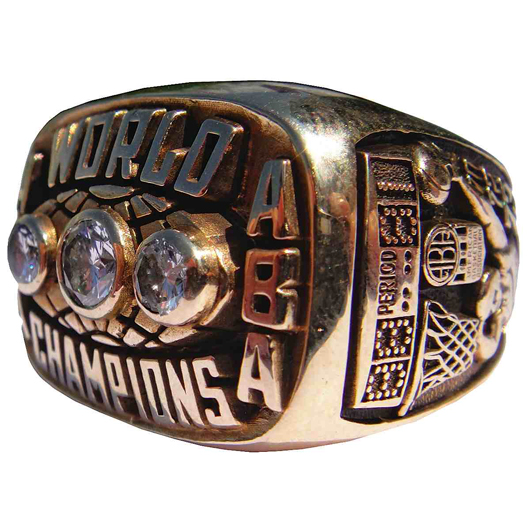 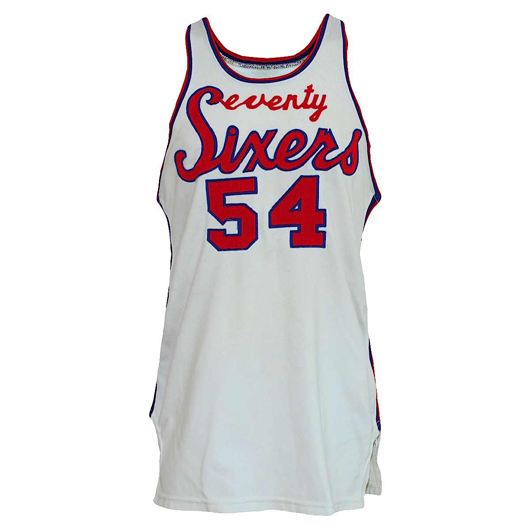 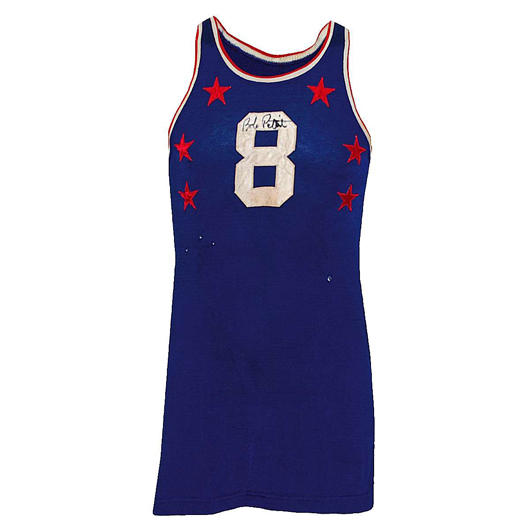 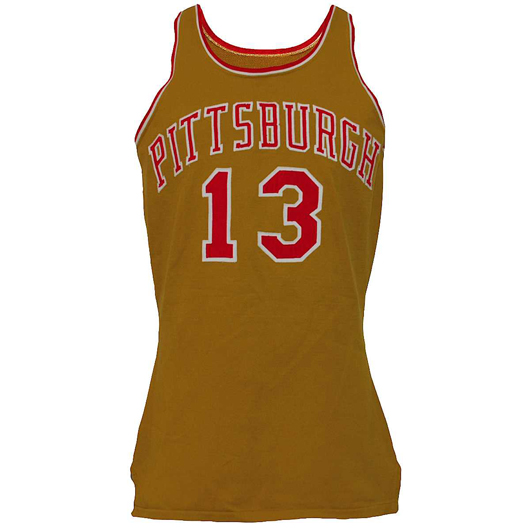 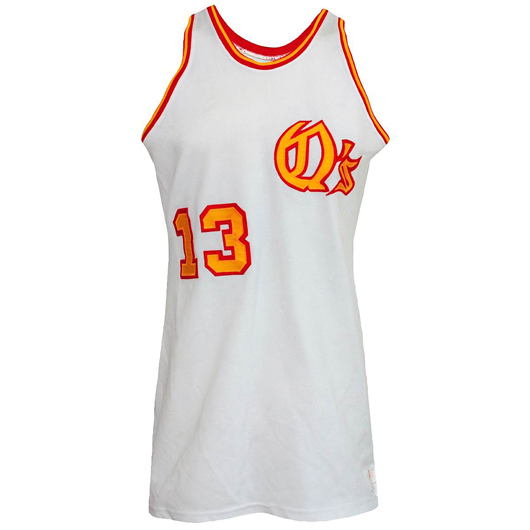