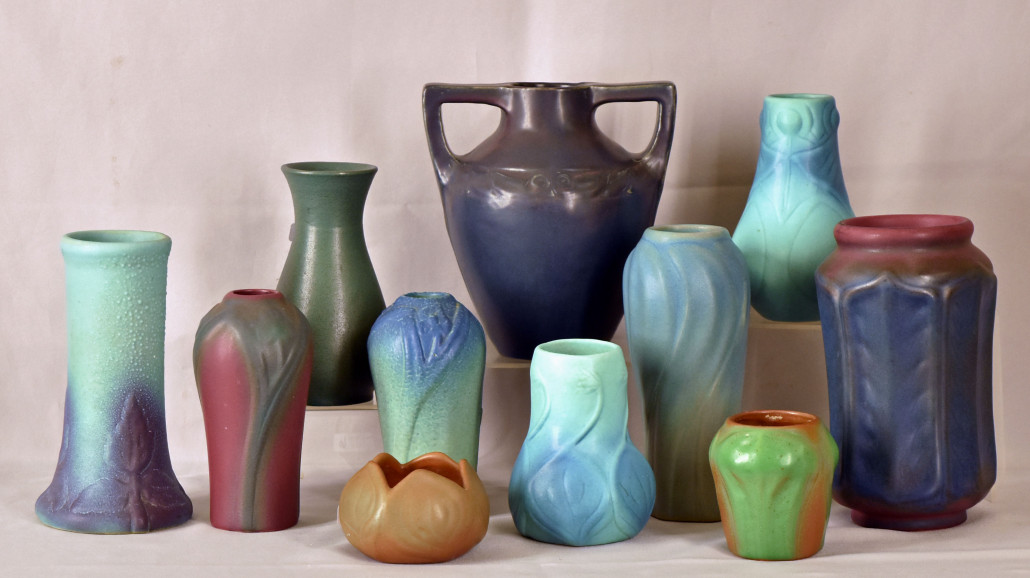 DANVILLE, Ill. – Judd’s Auction Gallery will disperse more than 800 pieces of Van Briggle pottery – the 50-year collection of Charles Drennan – on Saturday, Nov. 5. Absentee and Internet live bidding for this online-only auction will be available through LiveAuctioneers.com. The auction catalog is composed of 485 lots.

In 1901, Artus and Anne Van Briggle, who had been decorators for Rookwood Pottery, founded the Van Briggle pottery in Colorado Springs, Colo. The couple quickly earned acclaim as fine artisans. Artus Van Briggle took first prize at a show in Paris, where the Louvre awarded him $3,000 for the winning piece of a male nude wrapped around the opening of a vertical vase. After Artus Van Briggle died in 1904 at the age of 35, his wife, Anne, continued to run the pottery.

Charles Drennan’s passion began in his 30s when he and his family vacationed in Colorado Springs, where he purchased his first piece of Van Briggle, and he said “it was love at first sight.” Since that time, he’s attended auctions, garage sales and made many more trips to the pottery in Colorado Springs.

Years ago Drennan attended a symposium on Van Briggle where he was told that artist Fred Wills would be attending and signing his work. At his home, Brennan filled two suitcases with Wills’ pottery and brought them to the event. Wills laughed and signed them all.

Drennan loves to talk about these stories. His pieces span over 100 years of the company’s existence. Every decade is present in his collection from the early 1900s through and including 2011. The company closed in 2012. 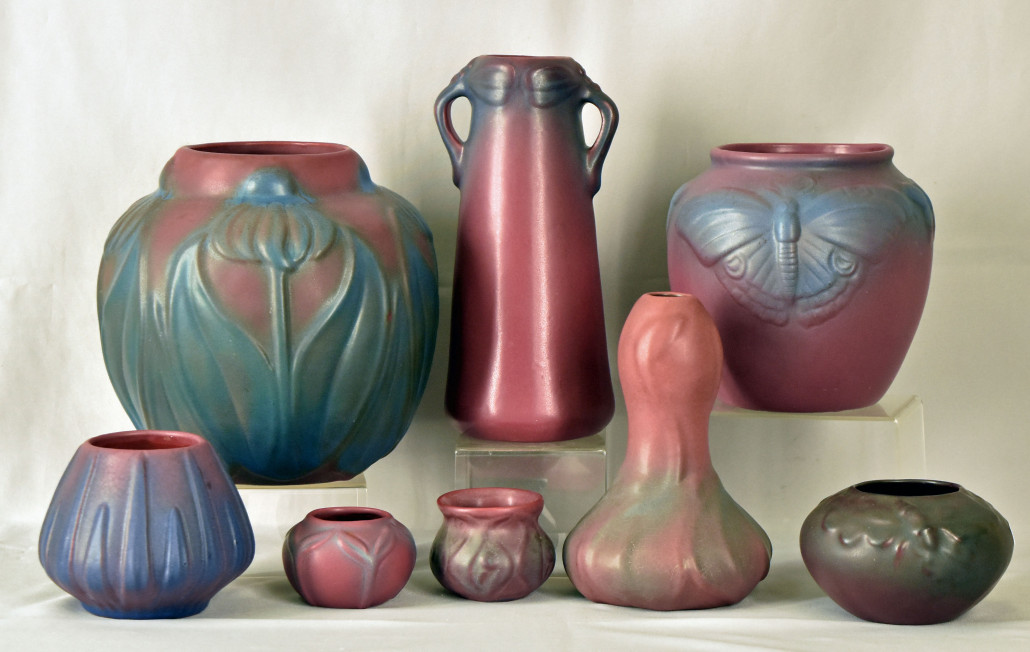 Drennan, who will be 81 this year, has decided to offer the extensive collection to others who display a similar devotion to Van Briggle pottery.

“We are honored to be the auction house selected for this task,” said auctioneer Marilee A. Judd of Judd’s Auction Gallery Inc.

Of the more than 800 pieces of Van Briggle pottery in the sale, Drennan held out only one item.

“We decided that he was meant to keep it to remind him of the years of happy hunting and joy in his collection,” said Judd.