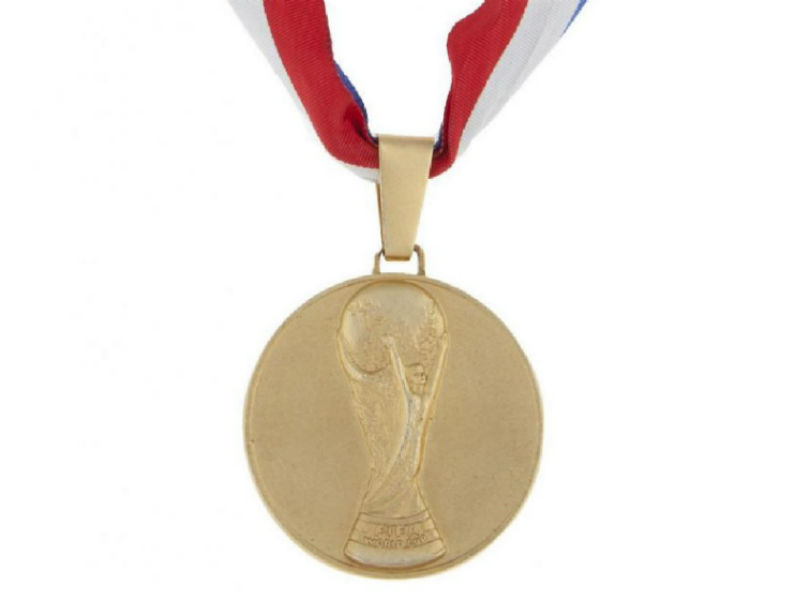 CULVER CITY, Calif. – A stunning collection of 165 items of sporting memorabilia from the world’s greatest sports stars of the past 100 years will be sold on Nov. 3rd in Los Angeles by Julien’s of Hollywood. Absentee and Internet bidding is available through LiveAuctioneers.

For anyone who has ever enjoyed sport, followed it passionately, or simply admired the grace, courage and dedication that it takes to excel athletically, this sale offers a selection of sporting treasures.

Darren Julien, president and CEO of the company that bears his name, says: “This collection of 165 carefully chosen items of sporting memorabilia represents the dreams and ambitions realized of the sportsmen who captured the hearts of millions. To own one of these items will doubtless be another kind of dream come true for the lucky buyers. The value of each lot is beyond price and will become a family heirloom.”

A 1994 FIFA World Cup gold winner’s medal (above) awarded to a player from the champion Brazil national football team. – Brazil defeated Italy 3-2 in a penalty shootout after the game ended 0-0 in extra time, the first World Cup final to be decided on penalties. Brazil became the first nation to win four World Cup titles. One side of the medal features a relief image of the World Cup trophy with an athletic figure with arms outstretched in victory and the words “FIFA/ World Cup.” On the other side is “FIFA/ World Cup/ USA/ 1994.” The medal hangs from a red, white, and blue ribbon (the tournament was played in the U.S.). The medal is housed in a black case. It’s estimated to sell for $45,000-$55,000.

France National Team jersey (below) worn by Zinedine Zidane during a match on Oct. 6, 2001.– Played in Paris, it was the first football match between these national teams since Algeria gained independence from France in 1962. France was leading 4-1 when at the 74th minute fans ran onto the pitch and the match was abruptly ended. Zidane presented this jersey on the field to Algerian player Omar Belbey. The front upper left of the Adidas jersey features the France national football team logo with the text “France/ Algerie/ 06-10- 2001.” The size L jersey is expected to sell for $5,000-$7,000. 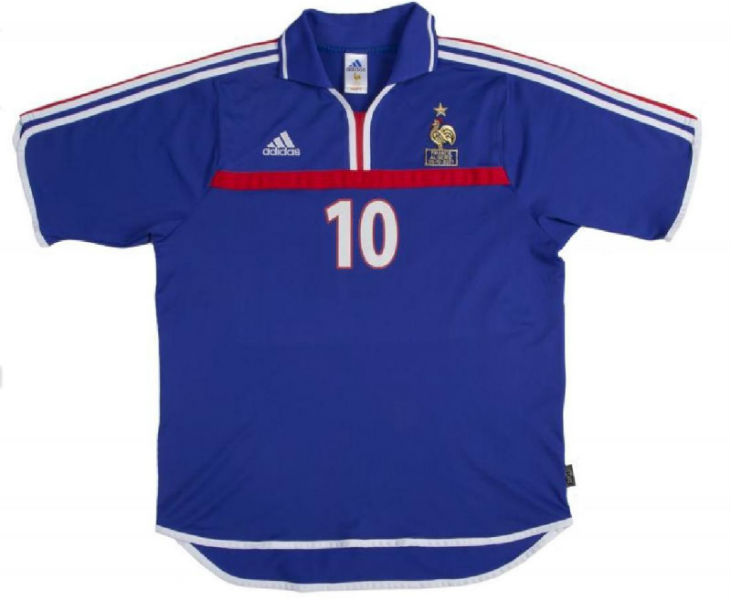 1912 Stockholm Olympics gold winner’s medal with a plaque. – Gaston Salmon, a Belgian fencer, competed for Belgium in three events, saber, foil and épée, winning this gold medal in team épée. The medal is gilt silver and features two female figures crowning a victorious Olympic athlete with a laurel wreath and the stamps “Vaughtons” and “B.M.” On the other side is the text “Olympiska Spelen Stockholm 1912” with the figure of a herald proclaiming the Olympic Games and standing before a bust of Ling, the founder of the Swedish gymnastics system. The medal is accompanied by a plaque from Brussels’ French Chamber of Commerce, issued in August 1935 in “Reconnaiffance” (gratitude) declaring Salmon a Knight of the Legion of Honor. The lot has a $10,000-$20,000 estimate. 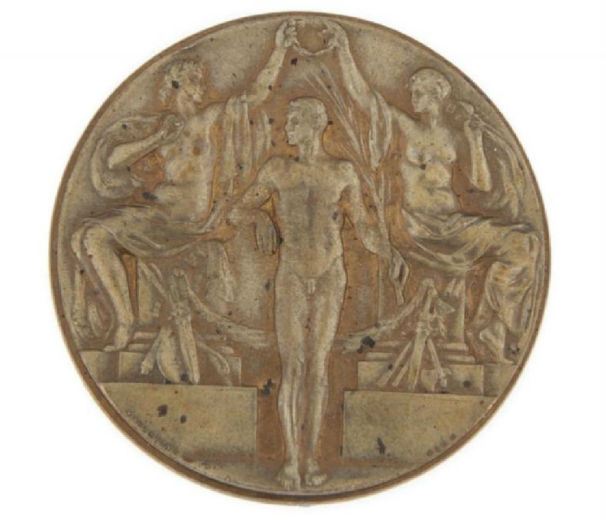 2012 London Olympics relay torch.– This torch was used during the pre-Olympics torch relay that was run from May 19 through July 27, passing through the United Kingdom, Jersey, Guernsey, the Isle of Man, and the Republic of Ireland. The torch, which is estimated at $4,000-$6,000, was designed by East London design company Barber & Osgerby. 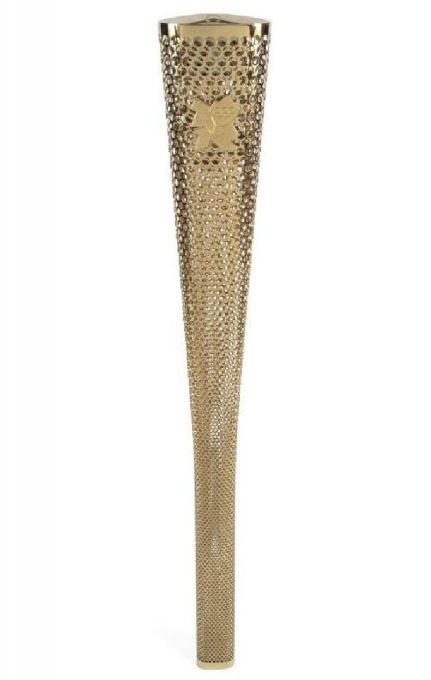 A Muhammad Ali 1976 training-worn fight robe worn by the heavyweight champ while training for his third fight with Ken Norton. – Norton had broken Ali’s jaw and defeated him in their first fight. Ali avenged that loss in their second fight. Although Norton appeared to be leading for most of the fight, Ali finished strong to win the judges’ decision. In the week leading up to the fight, Ali stayed at the New York City home of fight promoter Harold Conrad. Ali gave the robe to Conrad at that time. Conrad later passed the robe on to his son. The label inside the robe indicates that it was “Made Exclusively for Muhammad Ali” by Everlast. The robe should sell for upward of $15,000. 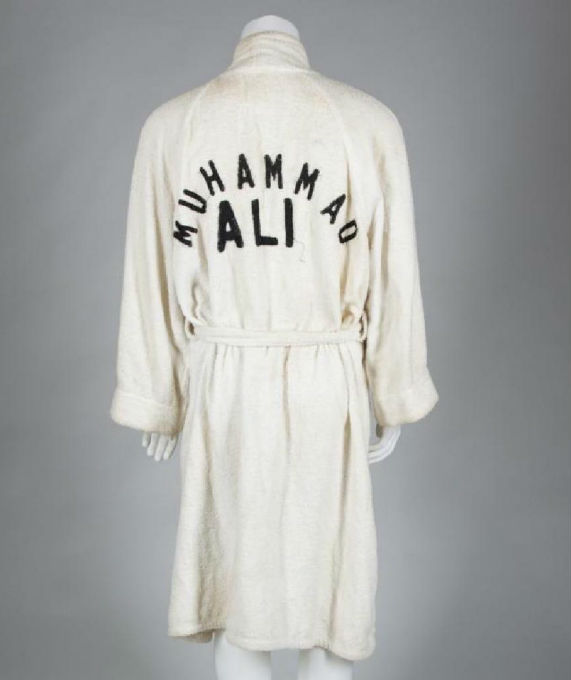 Everlast brand trunks worn by Muhammad Ali when he was training for his Dec. 11, 1981 bout with Trevor Berbick. Signed by Ali on the front left in gold marker, the trunks are estimated at $4,000-$6,000. The trunks and signature have been thoroughly authenticated.