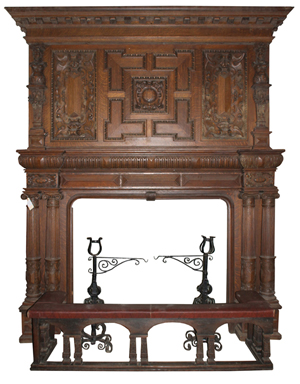 Headlining the auction is a large-scale oak paneled room measuring 20 feet by 30 feet that originally came from 1810 Walnut St. in Philadelphia. This location was the former home of the Rittenhouse Club and is now the façade of one of the most exclusive high-rise condominium buildings in Center City Philadelphia. The room was removed 20 years ago and has been in storage ever since. It consists of a large two-part figural fireplace mantel, a large two-part back bar, approximately 73 running feet of figural carved paneling, a club fender and a built-in bookcase with pediment. This lot deserves its hefty estimate of $25,000-$35,000 and is sure to rouse a great deal of competition on the auction floor.

The sale will showcase a plethora of spectacular and unique architectural findings, including 12 fireplace mantels in a variety of styles. Among these is a large carved marble mantel, circa 1900, having a central shield flanked by cherubs, cornucopia and Bacchus marks (lot 453, estimated at $3,500-$5,000,), and a Victorian burl walnut mantel with pilasters and carved ornamentation (lot 3, estimated at $1,500-$2,500). Another cornerstone of the day’s offerings (lots 467,468, and 469) comprises three monumental and unusual mahogany store display cabinets which were originally used in a sheet music store, circa 1900. Comparable in size are two mahogany store counters, circa 1900, both bearing estimates of $2,000-$3,000 (lots 475 and 478). Lot 429, a six-piece American Victorian landing window with swags of jewels and ribbon motif, circa 1890, is one of several vibrant pieces of stained glass to be sold.

Bidders can also take advantage of the selection of garden items available in the sale, such as lot 560, a whimsical verdigris copper garden sculpture that features a frog sitting on a life size aluminum bench and holding a can of beer ($1,500-$2,500).

A rather random, but exciting few pieces concludes the sale’s selected highlights. A must-see, quite fantastic piece is lot 410A, a monumental 19th century ship model consigned by the Hatfield American Legion. The ship is housed in a glass display case that measures 64 inches tall by 88 inches long and is estimated at $1,000-$1,500. Equally appealing is a collection of seven taxidermy items to include two bison, a bobcat, an elk, a wild boar, a turtle and bear mounted in a walking position and raised on a faux rock base. Other offerings include several vintage arcade machines, and for auto enthusiasts and collectors, the sale will feature three motorcycles and two go-carts. 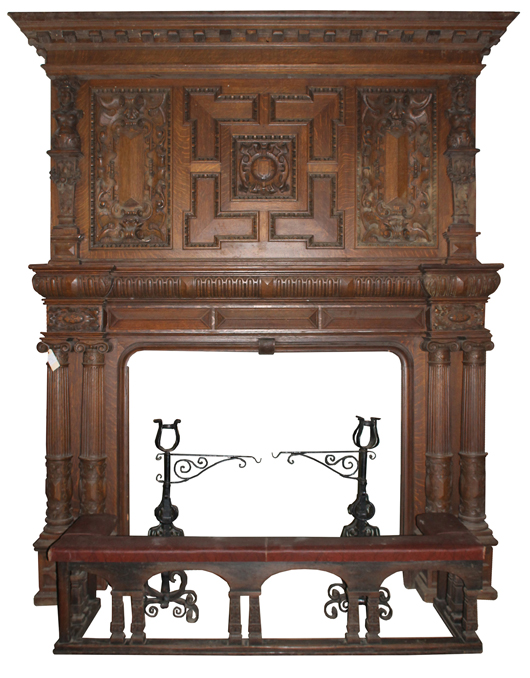 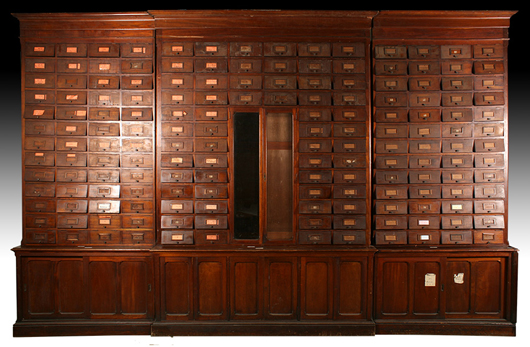 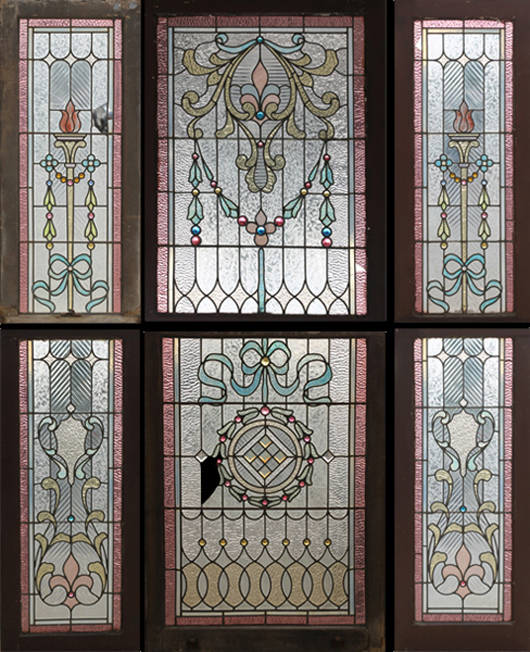 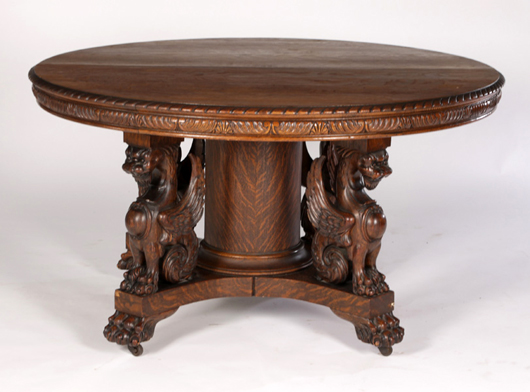 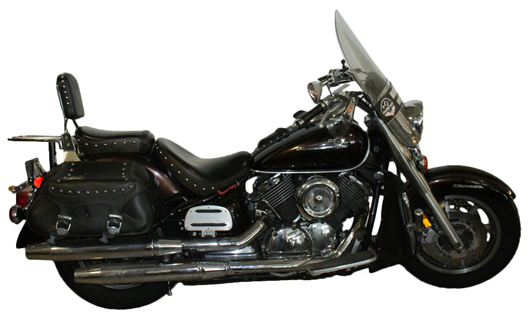 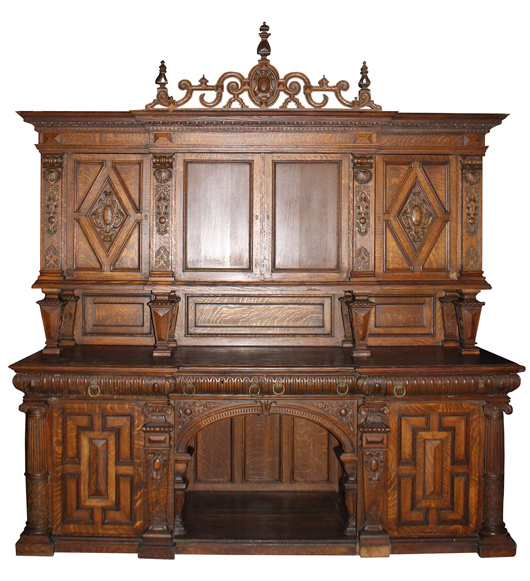