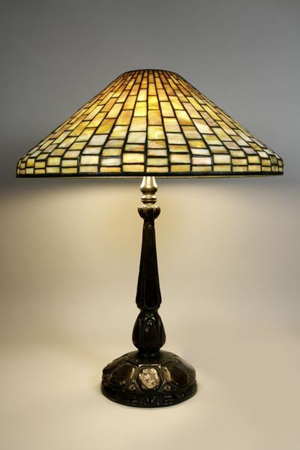 BEVERLY, Mass. – Kaminski Auctions will host its inaugural 20th Century Art Glass and Modern Design Sale on March 25, Sunday, starting at 10 a.m. Eastern. Nathan Russell, Kaminski’s new modern expert has pulled together a stunning collection of 20th century furniture and art while an important private collection of Art Deco Schneider and La Verre Francais glass amassed over 40 years from all over the world by a prominent Boston collector will be the feature of this sale.

The art glass collection is truly special with something for every serious collector. The most sought after of pieces of Le Verre Francais have trees, animals, fish or geometric shapes. In 1995 Gerard Bertrand published the first book on La Verre Francais titled Schneider Maitre Verrier. This book was the first to educate collectors on the many different designs that existed, but not all of them. Unfortunately for collectors, the first editions were available only in French. Not until much later was an abbreviated text in English even published. Classified as cameo glass, it was produced by the Schneider glassworks company in Epinay-sur Seine from about 1918 through 1933.

Each piece in this collection bears the signature blue, white and red candy cane and is guaranteed authentic and of the period. The pieces are large, rare and have the unusual shapes coveted by knowledgeable collectors.

There are many lamps in addition to the vases, the top lot being a La Verre Francais cameo glass table lamp with the “Ferns” or “Ash Tree” pattern. The base is signed with a blue, white and red candy cane mark. It stands 16 inches high and 9 3/4 in diameter and is estimated at $8,000-$10,000. There is also a similar size lamp with the “Rose Savage” or “Wild Rose” pattern with the same estimate.

Multiple other patterns are represented in the collection including vases with the Lauriers pattern, Ecailles or Spirals, Halbrans or Young Ducks pattern, Cerises or Cherries, Digitalis or Foxglove pattern, Etolie or Star pattern, Papillons or Butterflies pattern and many more.

The collection also includes some great sculpture from the Art Deco period. A Bruno Zach, bronze and ivory sculpture standing 23 inches high on a black marble base is estimated at $12,000-$14,000, while a Guiraud Riviere (1881-1947) of “Le Comet” in polished bronze on a marble base is estimated at $6,000-$8,000. J. Lormier, Panzeri and Raoul Lamourrdieu, A. Sadoux and many sculptors of the period are represented in the sale.

For more information visit the website www.kaminskiauctions.com or call 978-927-2223. 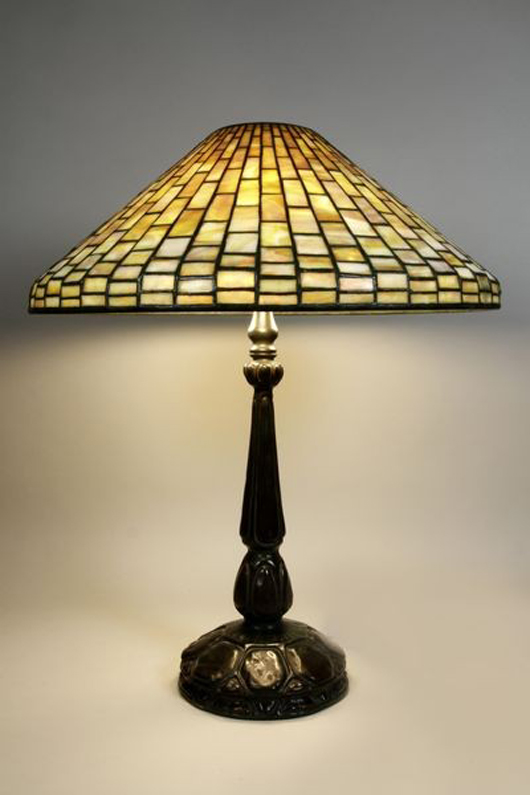 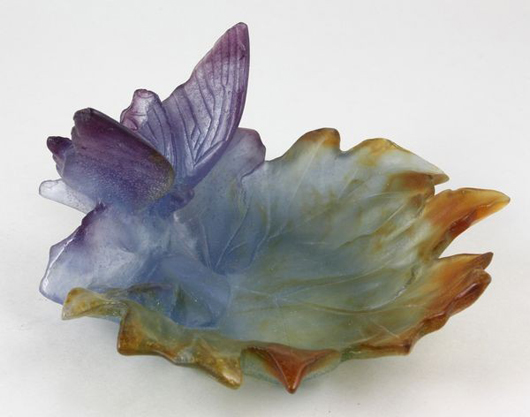 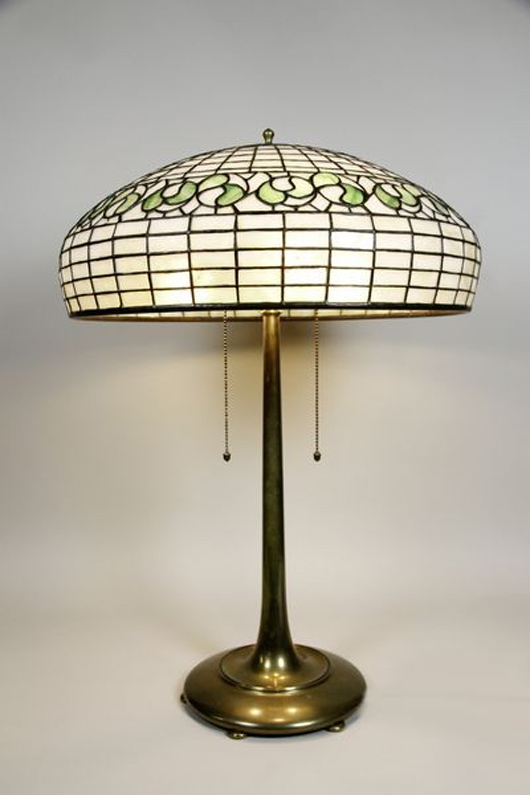 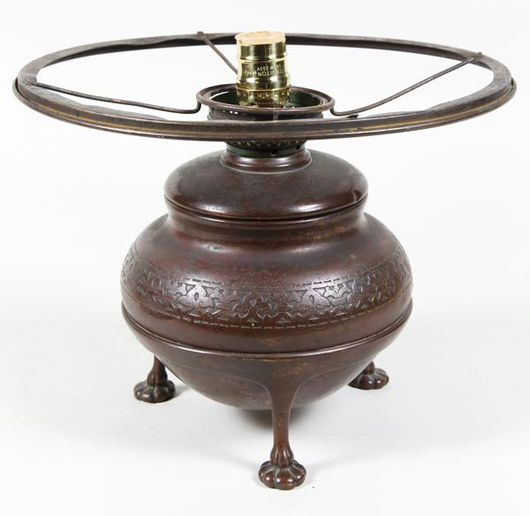