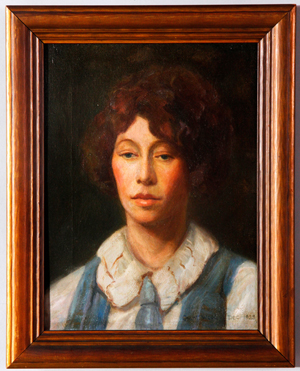 Liveauctioneers.com will provide Internet live bidding for this auction, which spans many genres and collecting interests. The spring sale includes a fine selection of old master works, American paintings, works by the celebrated Cuban artist Mario Carreno, an Auguste Rodin watercolor, a Salvador Dali and bronzes by David Aronson.

The cover lot of the catalog is a rare portrait by the painter Grant Wood, (1891-1942), famous for his legendary American Gothic, an iconic image of 20th century American art and pop culture. Wood was born in Anamosa, Iowa, and as a boy moved to Cedar Rapids, Iowa. Always interested in art as a child, he later traveled to Europe to study the great 19th century Impressionist masters. After a visit to Germany, he came back to the United States with the idea to paint scenes of places and people he knew, using simple ideas of the old European masters. Unlike many of his contemporaries, Grant was not a prolific painter and it is rare for one of his works to come to auction. His portrait of a young woman wearing a blue jumper, oil on canvas, signed “Grant Wood – 1923” lower right, in its original frame, is estimated at $100,000-$150,000.

Two paintings by the celebrated Cuban artist Mario Carreno (1913-1999) originally from the Marta Vesa family of Havana and then to a private collector in Pennsylvania, include an abstract of a seated woman musician, oil on canvas, signed and dated 1947. A similar abstract titled Fiesta Nocturna, 1950 sold in 1950 in Madrid, Spain for over $77,000. The abstract is estimated at $60,000-$90,000.

The second painting is from his classical period, a brief but important period in the evolution of his style, and is titled Classic Nude, oil on canvas, signed and dated 1942. There is also a handwritten certificate of authenticity from his widow, Ida Carreno Gonzalez and verification by Carlos Martinez, former executive director of the Cuban Museum, Miami. The painting is estimated at $100,000-$200,000.

Another Cuban painting is by Leopoldo Romanach (Cuban, 1862-1951), Ballerina, oil on canvas, signed lower right and estimated at $10,000-$15,000. Romanach was a well-known professor of color theory at San Alejandro Academy and was instructor to many of the great early 20th century Cuban artists.

An important contemporary entry in the sale is a collage, depicting the assassination of John Fitzgerald Kennedy, JFK. Composed of collage, alkaline oil paint, and images from Time Inc. on cardboard, and inscribed NP MOV 67, (Neo Pop Movement, 1967), the collage measures 39 1/2 inches by 30 inches. It is significant as well, with next year being the 50th anniversary of the Kennedy assassination. Much research has been done on this poignant piece, and many people in the art world believe the work could be attributed to Robert Rauschenberg (1925-2008), the acclaimed American artist of the 1950s. Rauschenberg, well known for his “Combines” and later for his paintings incorporating found images, photographs and objects on canvas using a silk screen process. This technique was the start of what is described as the American Pop Art movement. Contemporaries of Ruaschenberg, associated with movement, include Andy Warhol and Jasper Johns.

European collectors will be interested in a 17th/18th Italian portrait of Christ bound by ropes, oil on canvas, #388 verso, having a label “Mr. Nesmith Loring, Yarmouth Maine, Box 73,” also having partial Museum of Fine Art label with red border, in original crate labeled “Sweat Memorial Museum, 97 Spring St., Portland, ME,” also labeled from R.C. & N.M. Vose, Boston. The painting is estimated at $10,000-$15,000. A painting titled The Appeal to Coriolanus, oil on canvas, depicting the legendary Roman leader Caius Marcius Coriolanus, is estimated at $10,000-$15,000.

Of interest to collectors of Cape Ann scenes is a marine painting by Aldro Thompson Hibbard (American, 1886-1972), painted during the last year of his life. It is an early view of docked boats in Gloucester, oil on artist board, signed, by the artist. In February a record for a Hibbard was achieved, as a Vermont landscape sold for $88,875. This marine painting is estimated at $15,000-$25,000.

Previously from the estate of Bruce Hyatt of Thousand Oaks, Calif., comes an Auguste Rodin (French, 1840-1917), female nude from the Cambodian dancer series, watercolor and pencil on paper, signed lower right and estimated at $12,000-$16,000.

With the publicity surrounding the 100th anniversary of the launching and sinking of the Titanic, 1912, a Brian Coole (British, b. 1939), signed RMS Titanic, off South Hampton, oil on board is sure to catch the attention of Titanic historians everywhere.

Sculpture in the sale includes bronzes by Boston University professor David Aronson, whose works are found in the Museum of Fine Arts, Boston, and the Museum of Modern Art, New York. Recipient of a Guggenheim fellowship in 1960, Aronson was elected as an Academician at the National Academy of Design, in New York. 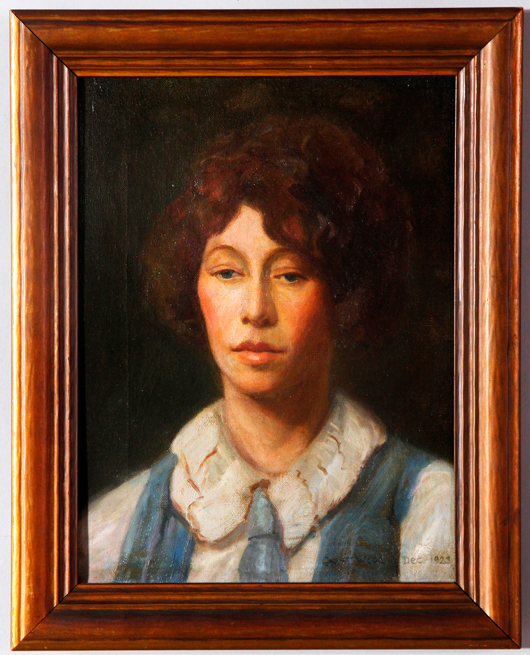 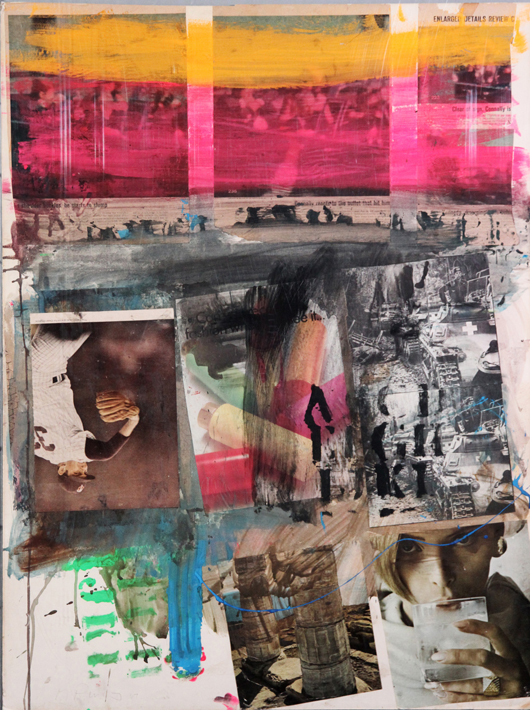 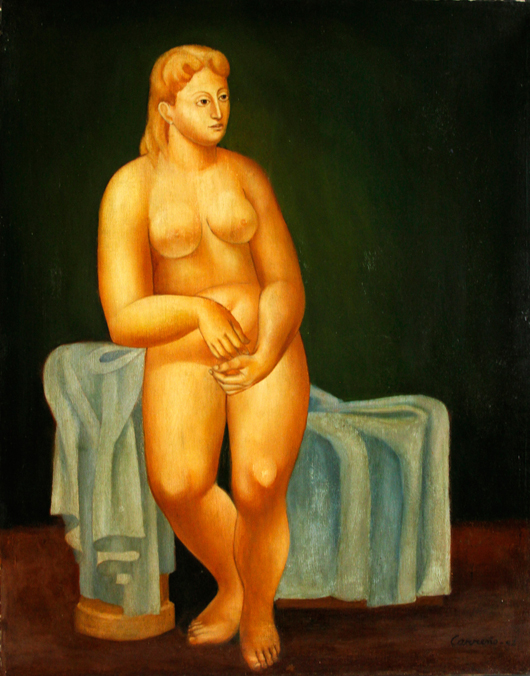 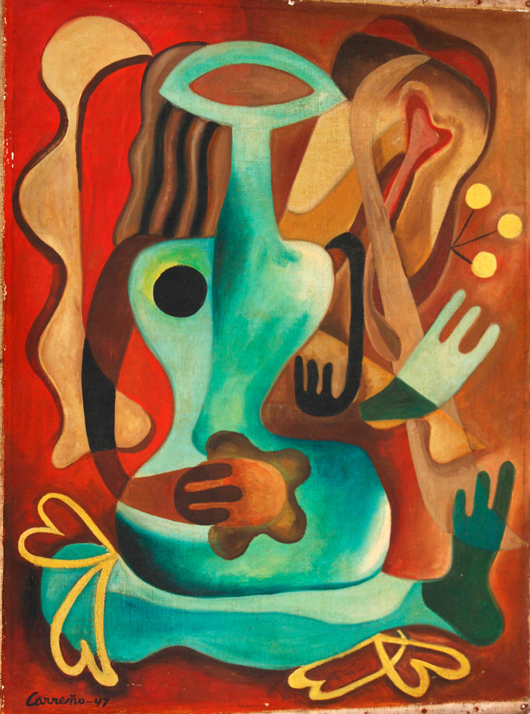 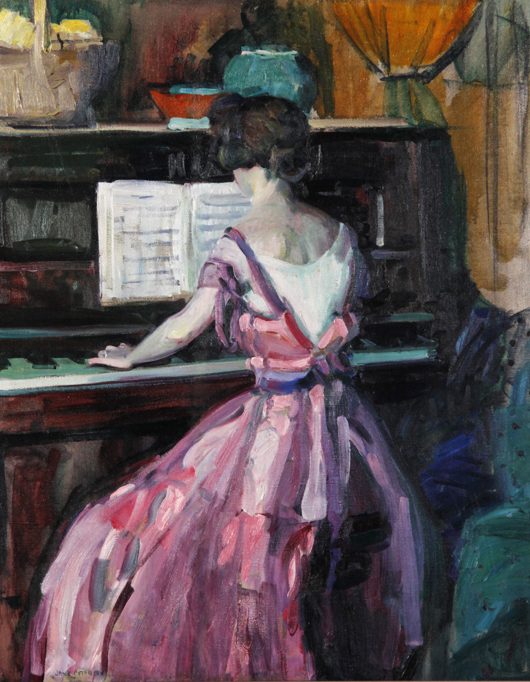 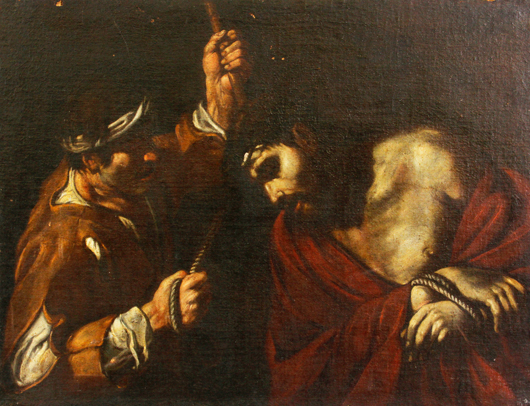 Showplace to auction estate of artist Norio Azuma, May 17
Scroll to top