BEVERLY, Mass. – Kaminski Auctions of Beverly, Mass., and Beverly Hills, Calif., announces that its Spring 2012 Fine Asian Art and Antiques Auction to coincide with the last week of Asia Week 2012 in New York City will be March 30 and 31. The sales will be held at the auctioneer’s Beverly, Mass., gallery, starting at 10 a.m. both days.

Featuring the outstanding art collection of Wen Tsan Yu, the sale includes many works by famous Chinese artists, the most notable Qi Baishi (1864-1957), Puru (1896-1963) and Pu Jin (1893-1966). Most paintings include a dedication by the artist to “Yu San,” Wen Tsan Yu, and the collector’s personal seal. Also in this sale is his collection of exquisitely painted fans, the most important being a 20th century fan of paper leaf and featuring painting by Wang Yun (1888-1934) on reverse with calligraphy by Zhu Nuzhen.

Wen Tsan Yu was raised in China and later became a professor at Peking University. He graduated from the University of Chicago in 1916 with a Ph.B, and from Harvard University in 1919 with a LL.B. His grandfather Moy Toy Ni, (Charlie Toy) came to the United States in the late 1800s and settled in Milwaukee. He was widely known as “the Chinese Rockefeller” in the early 20th century. Paintings in this collection have been in the family for over 50 years.

An early 20th century Japanese set of ivory figures, statues of the Seven Deities of Fortune, “Shichifukujin,” intricately carved as holding their attributes and standing on customized wood stands is estimated at $30,000-$50,000. Each figure is about 15 inches high. This exquisite set is from the estate of the Count and Countess von Haller v. Hallerstein of Boston.

Among the other extraordinary Asian pieces in this estate was a 15th-16th century bronze statue of Kali from India. It stands 17 1/2 inches high and has multiple arms and hands radiating from her, each holding an item symbolic of her power, including the shield, trident and the sword, and standing on a platform with one foot stepping on a defeated foe.

With the current success of Chinese porcelain reaching new auction highs a magnificent early 19th century Chinese Rose Mandarin punch bowl in Kaminski’s auction is expected to be the top lot off the sale. It figures a palace scenes with an elaborate interior border of bats, birds, blossoms and coins, while the exterior rim has a border of auspicious fruits, chrysanthemums and butterflies, and gilt details and rim. This large bowl, 22 3/4 inches in diameter, is estimated at $30,000-$50,000.

Ben Wang, Kaminski’s Asian specialist, has put together a superb sale with a wide array of outstanding pieces. For more information go to www.kaminskiauctions.com or call 978-927-2223. 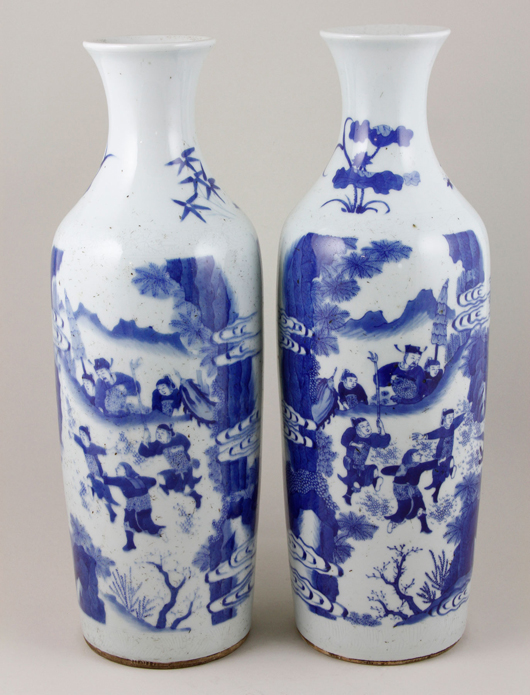 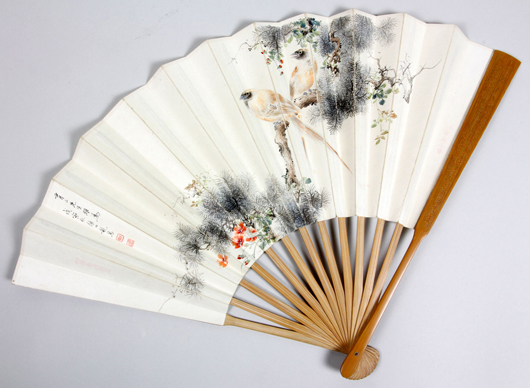 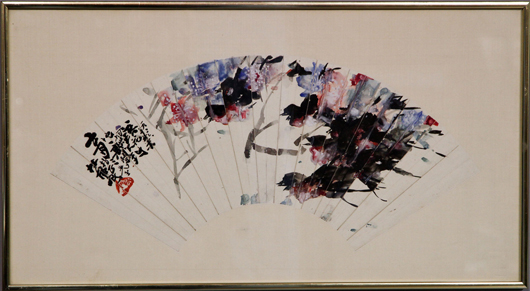