BEVERLY, Mass. – Kaminski Auctions will present its first Fine Art auction of the fall season on Sunday, 11, 2016, with absentee and Internet live bidding through LiveAuctioneers.com. 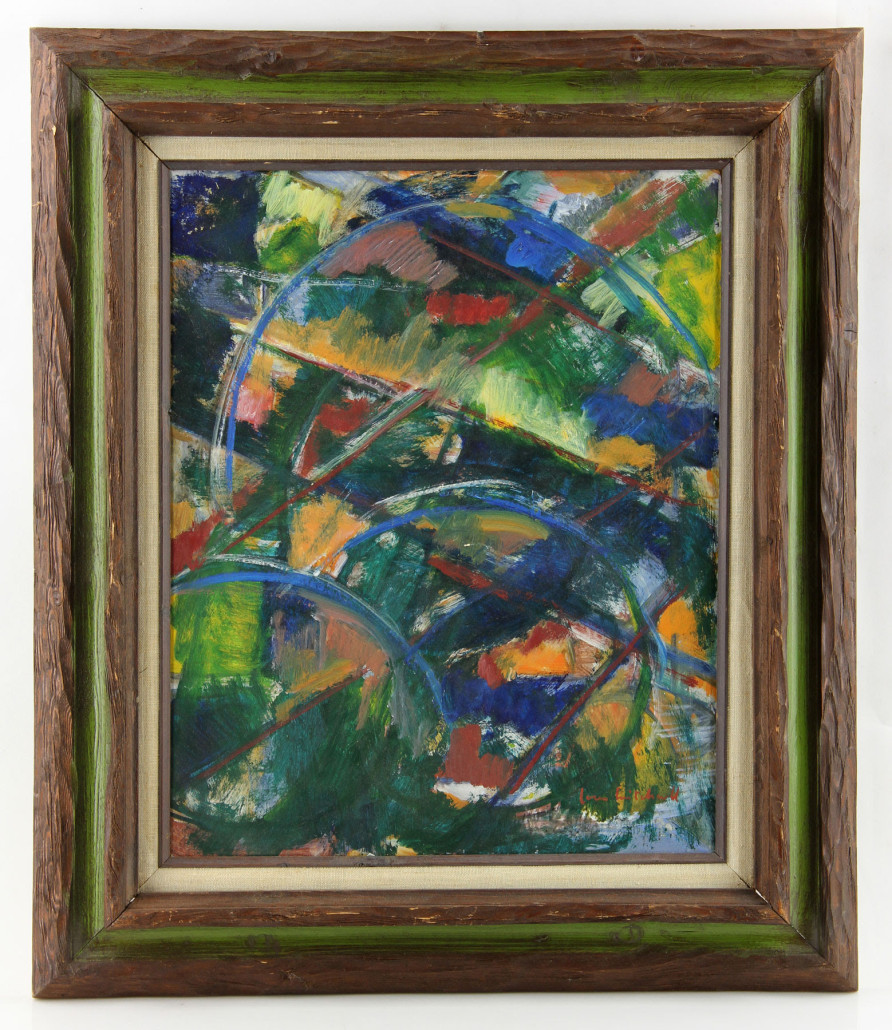 Other important American art includes a Granville Seymour Redmond (American, 1871-1935) luminist painting of a California sunset over a flower-filled valley with a vintage carved frame that was likely the work of Newcom Maclin. The painting is from a Connecticut estate and is signed lower left. There is also a signed William Aiken Walker (American, 1839-1921) oil-on-canvas of workers in the fields. Each is estimated at $40,000-$60,000. 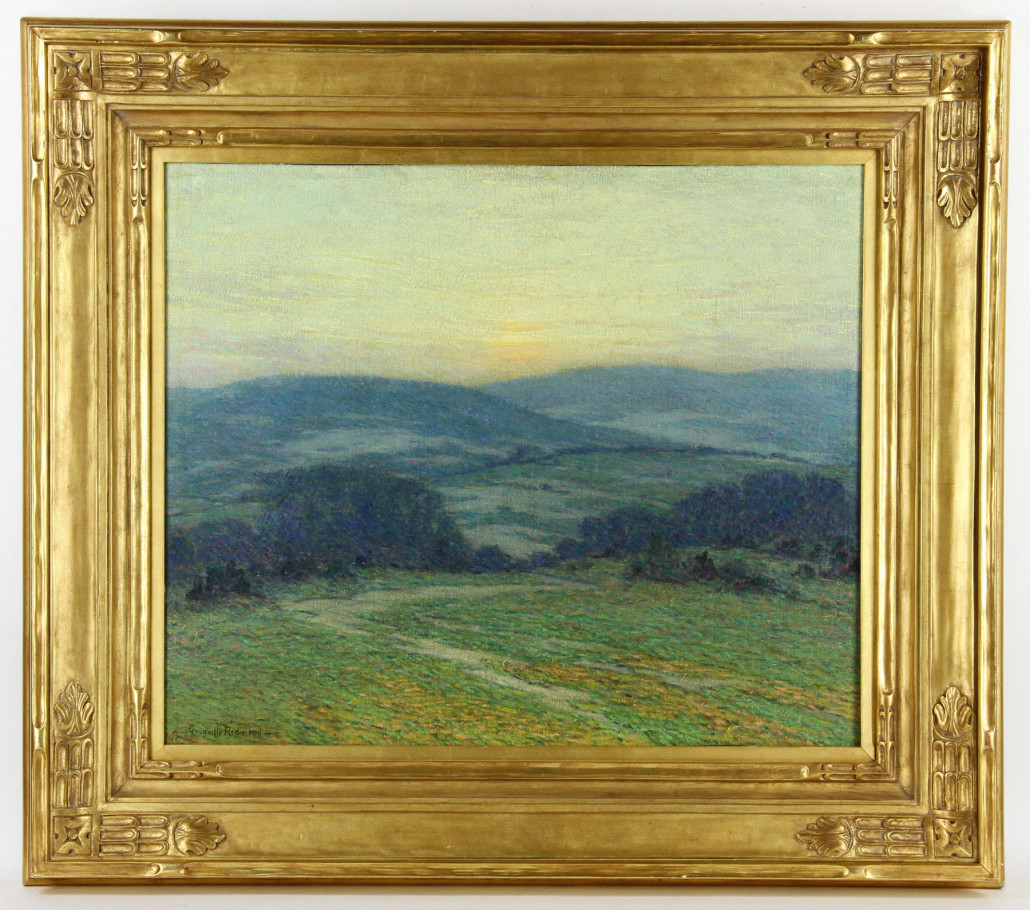 Top American contemporary paintings featured include an Alexander Calder watercolor and a 36-inch-square abstract oil-on-canvas by Eric Freeman (American, b. 1970-), signed and dated 2003, from a New York estate.

Outstanding European works include a Lovis Corinth (German, 1858-1925), titled  “Changing of Her Dress at the Seamstress,” oil-on-canvas. Recently discovered, the painting is signed and inscribed “Paris 1903.” It was purchased in New York from a noted art dealer on 55th Street approximately 60years ago and is valued at $30,000-$40,000.

Two Raoul Dufy (French, 1877-1953) artworks on offer include an oil painting on artist board, and a watercolor. The oil is a Fauvist landscape with a church, oil on artist board and the watercolor depicts an olive tree. Both are from a Palm Beach estate.

There are several important Israeli artists represented in the auction by works from the collection of the late Abraham Feinberg of New York City, New York.  They include two by Zwy Milshtein (Israeli, b. 1934-), a standing clown with red pointed hat, oil on canvas, signed; and another (shown below) of two boys playing chess with onlookers in the background. A Moshe Castel (Israeli, 1909-1991), titled “Jewish Wedding Scene,” oil on canvas, signed, is valued at $12,000-$18,000. 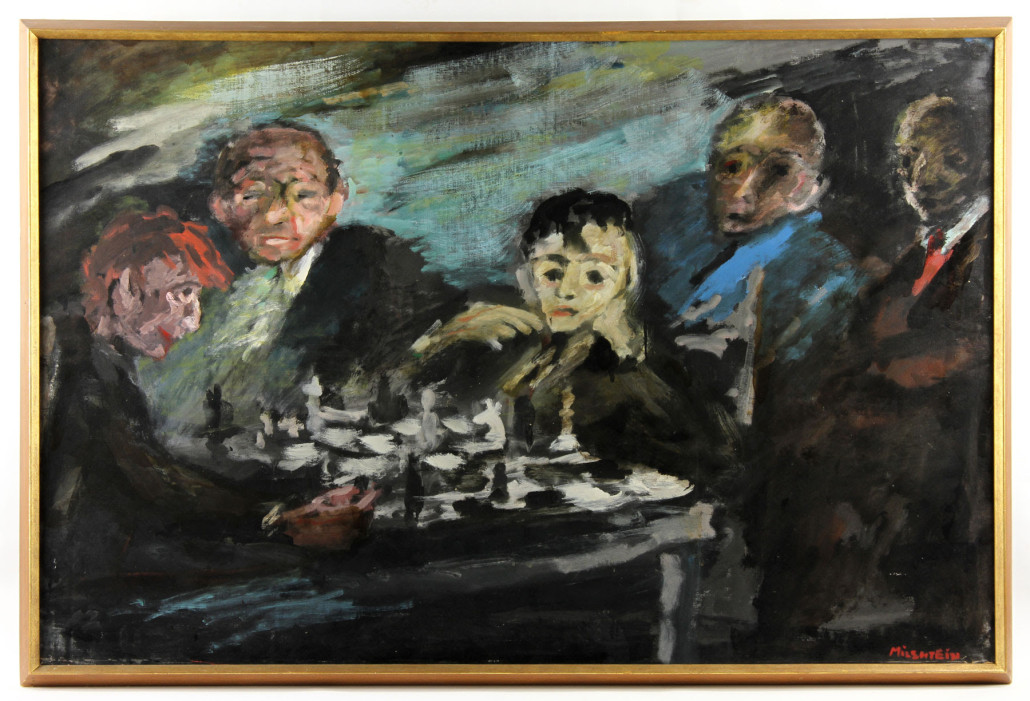 Sculpture in the auction features a Jean Arp (German-French, 1886-1996) figural bronze abstract (shown below), signed on the base; a Prince Paolo Troubetzkoy (Russian, 1966-1938) bronze bust of a boy, signed and dated 1915; and a 19th-century French bronze sculpture depicting a king mounted on horseback on a marble plinth. 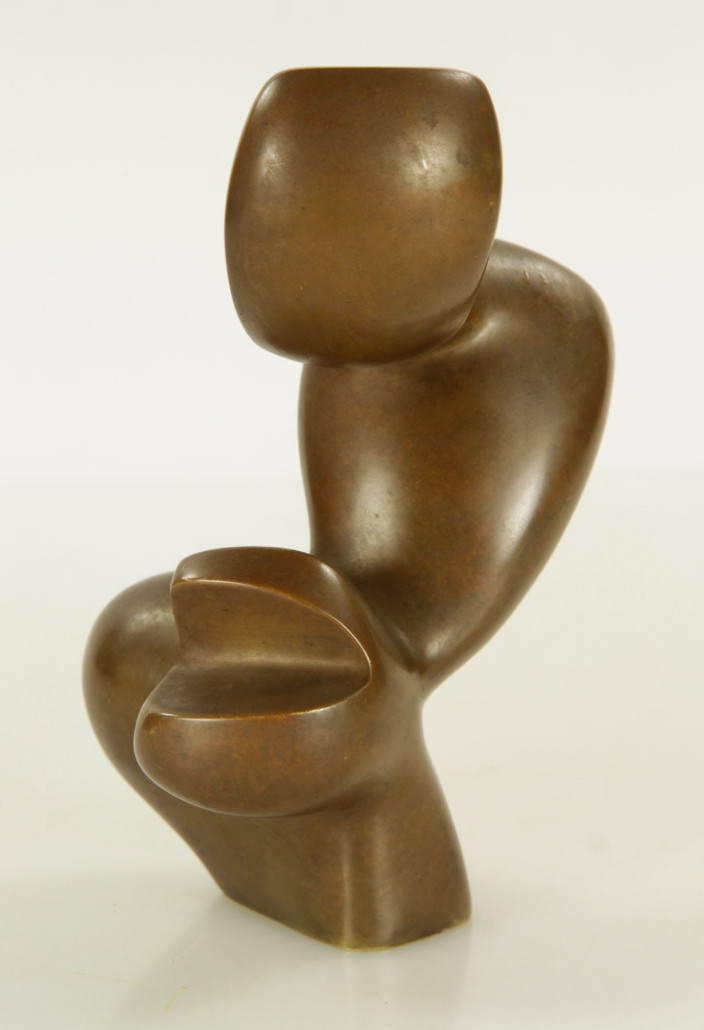 There is a spectacular Carlo Scarpa for Venini “Corroso a Rilievi” handblown glass vase with acid etched surface and applied decoration. It is acid-signed “Venini Murano,” circa 1935, from an Italian estate and is estimated at $7,000-$9,000.

Also to be offered are two pencil drawings acquired from the collection of noted photographer John Bryson, as well as a School of Le Nain oil painting deaccessioned from the Colorado Springs Fine Art Center.

The second half of the auction features estate items including a ladies’ fancy basket platinum set diamond ring with center round brilliant-cut diamond measuring approximately 7.16 mm x 4.98 mm and weighing approximately 155/100 carats, D-E color and VS2 perfection. It has 43 single-cut diamonds both on the center basket head and shank. An appraisal report included with the ring estimates the value at $34,000.

Absentee and Internet live bidding will be available through LiveAuctioneers.com. For additional information on any item in the auction, call 978-927-2223.