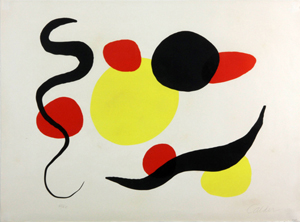 BEVERLY, Mass. – The annual Thanksgiving auction at Kaminski Auctions has long been a holiday tradition. This year’s sale will take place Saturday and Sunday, Nov. 26-27, starting at 11 a.m. Eastern at their auction gallery at 117 Elliott St. (Mass. Route 62) in Beverly.

The Saturday sale includes fine European and American decorative furnishings, fine art, including a Calder lithograph, Tiffany and estate jewelry, sterling silver and a wonderful collection of European furniture and decorative arts from an important California collector as well as a selection of furniture deaccessioned from a Massachusetts historical society. The entire second day is devoted to rugs from all over the world.

The art selection starts off with an early 1950s abstract color lithograph by Alexander Calder (American, (1898-1976) estimated at $15,000-$25,000. Calder, best known for his sculptures and mobiles died in 1976. Born into an artistic family, his father and grandfather were both sculptors and his mother was a painter. Calder studied mechanical engineering before starting his formal art training. In addition to his talent as a sculptor, he was an accomplished painter of gouaches and is known for his “poetic arrangements of boldly colored, irregularly shaped geometric forms that convey a sense of harmony and balance.”

A contemporary piece, charcoal on paper, by the portrait painter Aleix (Alejo) Vidal-Quadras (Spanish b. 1919) titled The 4 Faces of Merle Oberon portrays the British actress in four different views. Famous for his portraits of prominent European aristocrats, this piece was sketched in 1959 after Oberon married Mexican industrialist Bruno Pagliai. It is estimated at $5,000-$8,000.

There are two George Stanfield Walters (British, 1838-1924) watercolors, both signed and dated. The first is an estuary view with small boats and the other a harbor scene with fishing boats. Walters is known for his landscapes and marine scenes, and his works are in the collections of the British Museum and the Victoria and Albert in London.

Two exceptional bronzes are on offer, the first a Joan of Arc, bronze signed “Fremiet” by Emmanuel Fremiet (French,1824-1910), famous for his sculpture of the same subject in Paris, and estimated to bring $3,000-$5,000, a second bronze by Leonard Baskin (American, 1922-2000) titled Prophet: Homage to Rico Lebrun, with dark brown patina, signed and dated “1977 Baskin FE AP,” artist’s proof, cast by Bedi-Makky Art Foundry, 36 inches high x 11 1/2 inches wide x 13 inches deep. This particular piece is shown in the artist’s monograph by Irma Jaffe, The Sculpture of Leonard Baskin. The bronze came from a collector in California who acquired the piece directly from the artist.

European furniture and decorative items come from an important California dealer and include two pairs of 19th-century Italian blackamoors, painted, laquered and gilded. These statues were popularized in the 17th century in Venice, Italy. Andrea Brustolon (Italian 1662-1732) was the most important sculptor of the art. The first pair stand 67 inches high and are estimated at $8,000-$12,000 and the second pair are holding a torchiere, stand 57 inches high and are estimated at $7,000-$9,000.

An extensive collection of French furniture and decorative pieces are also in the sale including two highly carved French vitrines, a pair of French painted panels having neoclassical motifs, oil on canvas, an early 20th-century French trumeau mirror estimated at $900-$1,200 and a 19th-century French Empire mantel clock, marble with ormolu bezel and an open pendulum, estimated at $800-$1,200.

From the family of H. Sacks and Sons of Brookline, Mass., is a circa 1800-1815 Portsmouth, N.H., Hepplewhite bow-front, drop-front chest having four graduated drawers, with mahogany and birch banding inlay. The brass pulls have an American eagle design. A circa 1770, mahogany Pennsylvannia four-drawer chest with graduated drawers and ogee bracket feet that descended through the Drake family of Pennsylvannia and having Quaker roots is estimated at $1,500-$3,000.

In anticipation of Christmas gift buying, there is a large collection of jewelry in the sale, including a platinum and diamond bow pin with approximately 50 European cut diamonds and a center diamond of approximately 5 carats total weight estimated at $3,200-$3,500. A platinum pear-shaped diamond ring is estimated at $2,500-$3,500. Also featured are a platinum and diamond eternity band, many lots of Tiffany jewelry including an 18K yellow gold and ruby pin, a lot of two Tiffany diamond and ruby pins in the form of bees, a Tiffany 18K yellow gold and diamond ring and a 18K Tiffany yellow gold and ruby pendant, as well as a Tiffany/Perretti pendant on a matching chain. Cartier is represented in a 18K yellow gold bracelet. There are also two beautiful tanzanite rings in the sale.

Murano art glass, Laliques wall sconces, Venetian glasses, Baccarat crystal, Palissy ware are all represented in the sale as well as numerous smalls including a collection of foreign coins and cast-iron banks.

For more information and to view the sale online 10 days prior visit www.kaminskiauctions.com or call 978-927-2223. 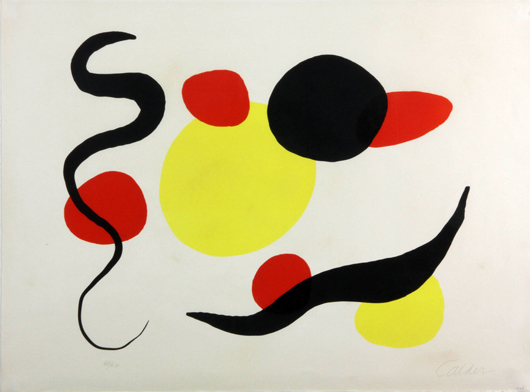 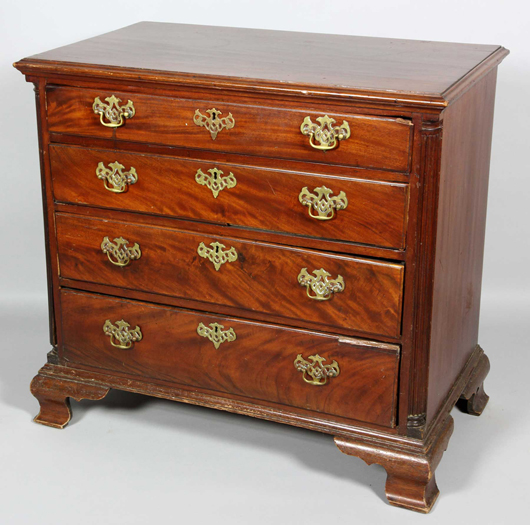 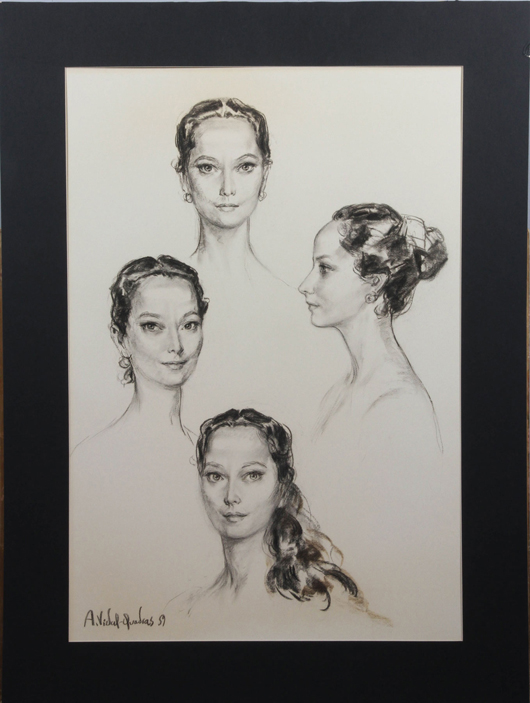 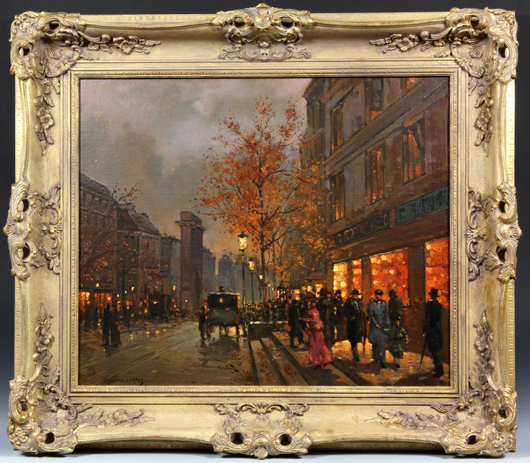 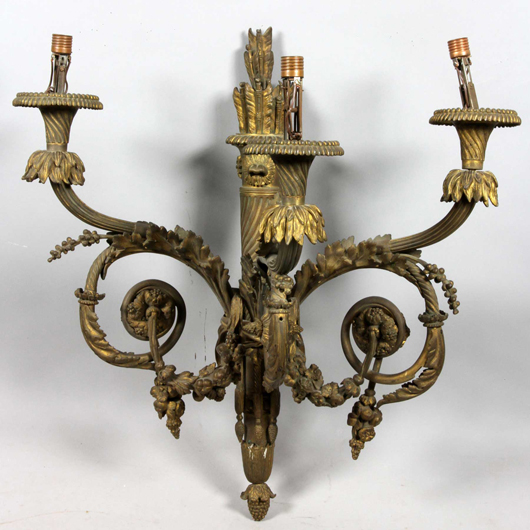