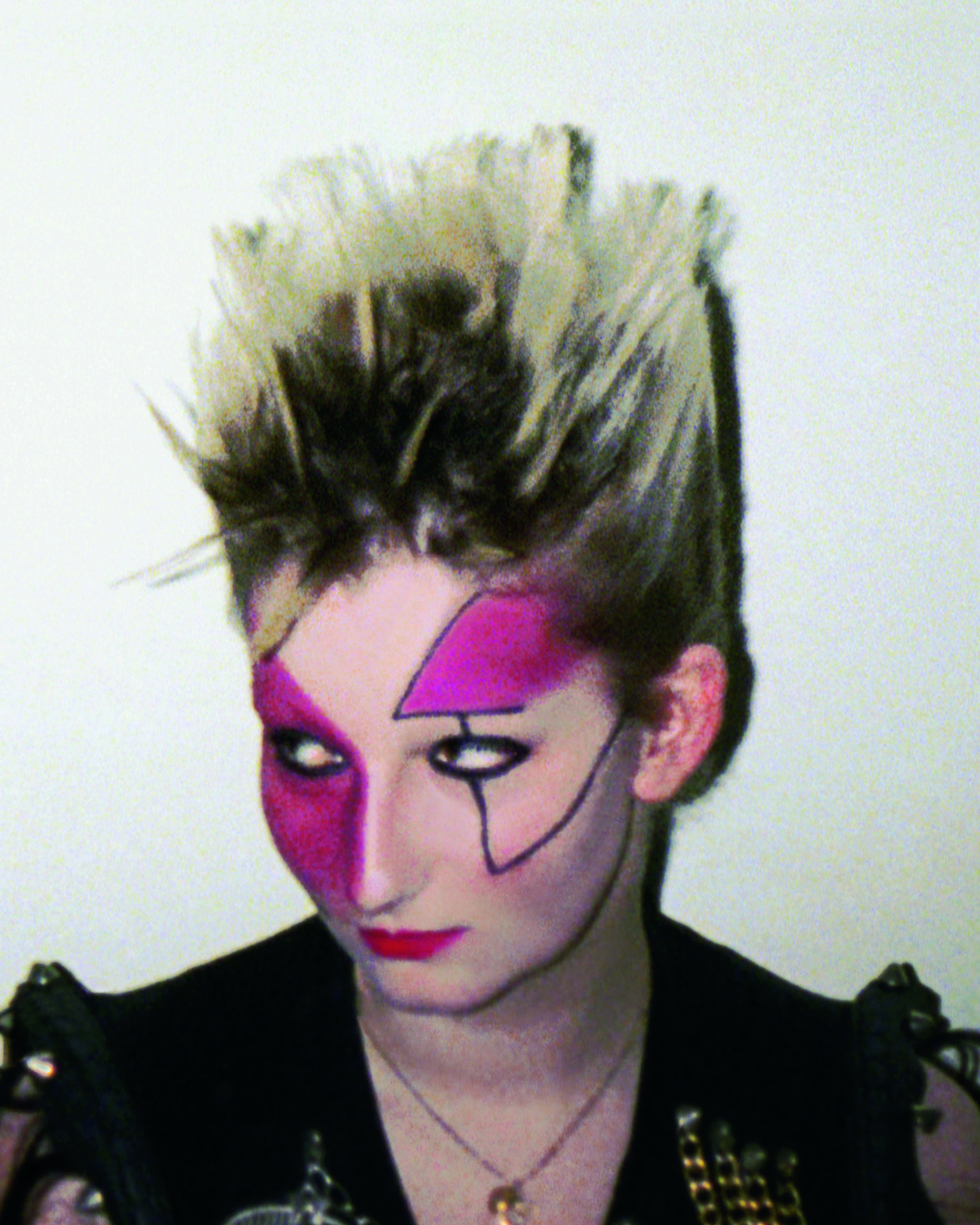 LONDON – Kerry Taylor Auctions, specialists in vintage fashion, will flash back to Britain in the 1970s, to sell the favorite clothing of Jordan, the high-priestess of punk, on Tuesday, June 23. LiveAuctioneers.com will provide Internet live bidding.

Although only 5 feet 1 inch tall, Jordan was a giant on the London punk scene. Working in the Westwood/McLaren shop on the King’s road between 1974 and 1982, the model and actress was widely imitated and emulated.

Jordan’s noncompromising personal style – with spiked tinted hair, face painted with lines and color blocks reminiscent of a Picasso portrait, wearing her overtly sexy bondage or fetish gear, made her the living embodiment of punk. 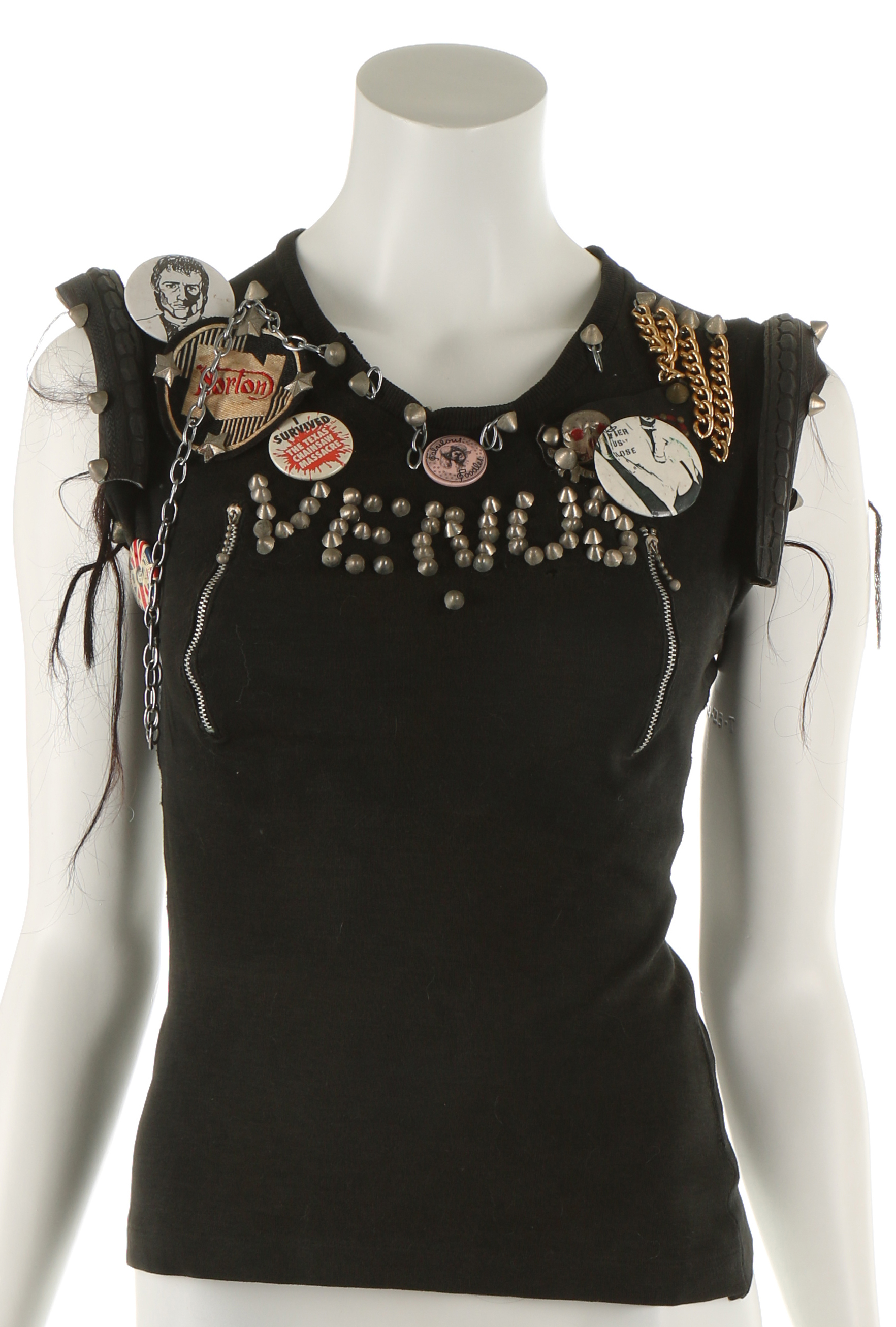 Kerry Taylor’s auction includes Jordan’s most prized garments from those days. They chart her sometimes tempestuous but interesting life in London in the 1970s and early ’80s. 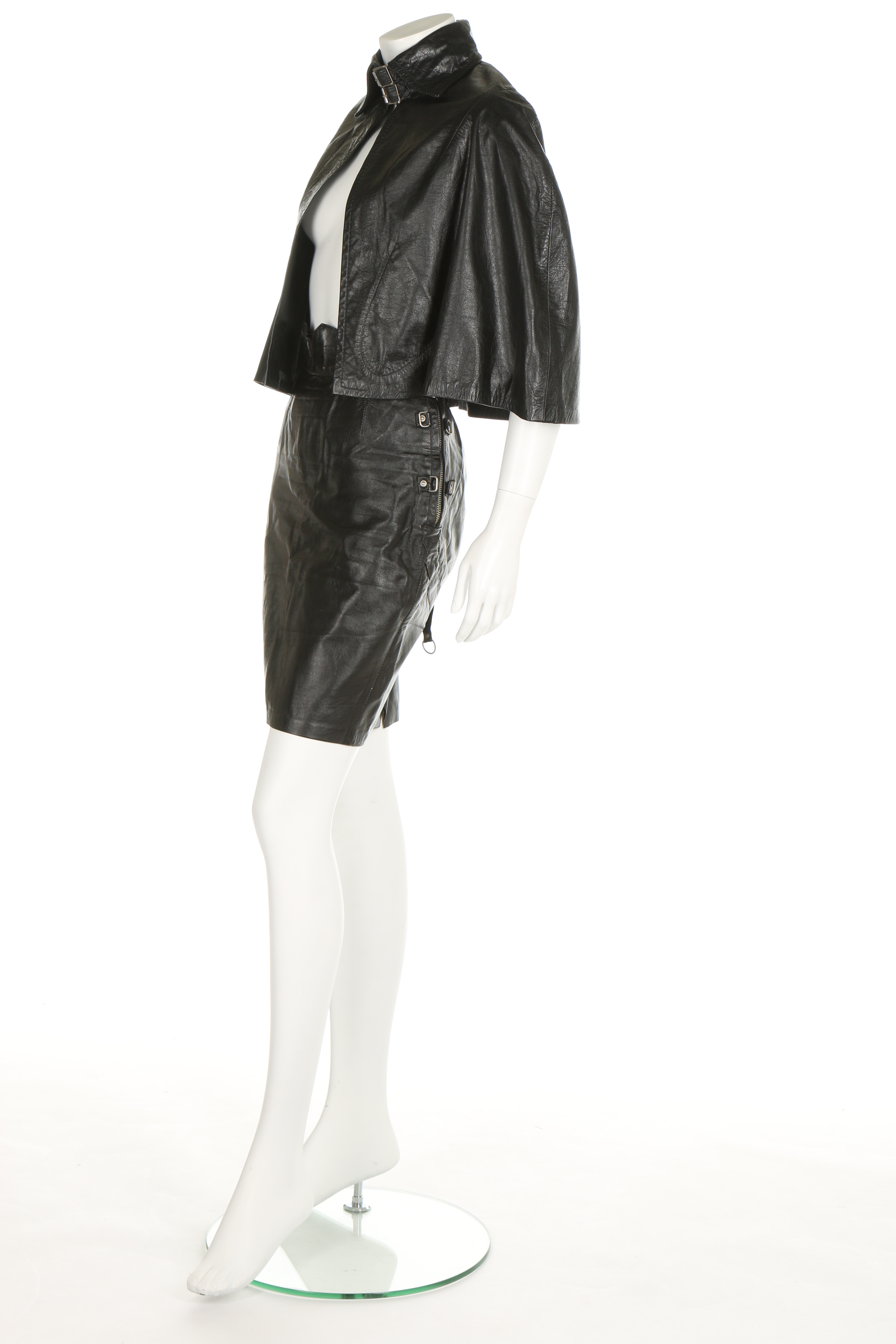 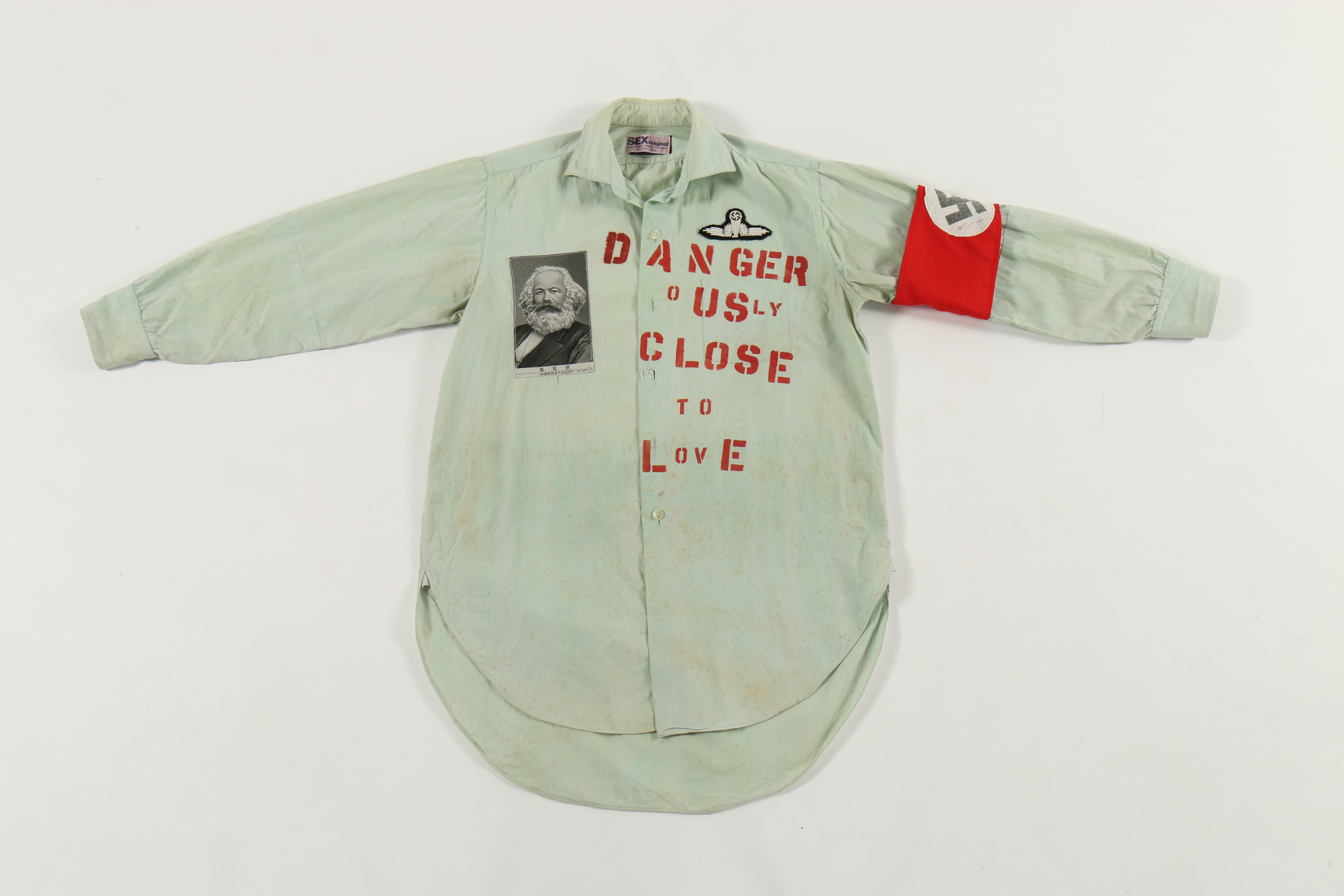 Jordan wore the Westwood/McLaren Anarchy shirt on stage at the first ever TV appearance of the Sex Pistols, resulting in a fight with the producers regarding the swastika armband. Estimate: £5,000-£9,000. Kerry Taylor image

For details contact Kerry Taylor Auctions by phone at 44 [0] 20 8676 4600 or email info@kerrytaylorauctions.com