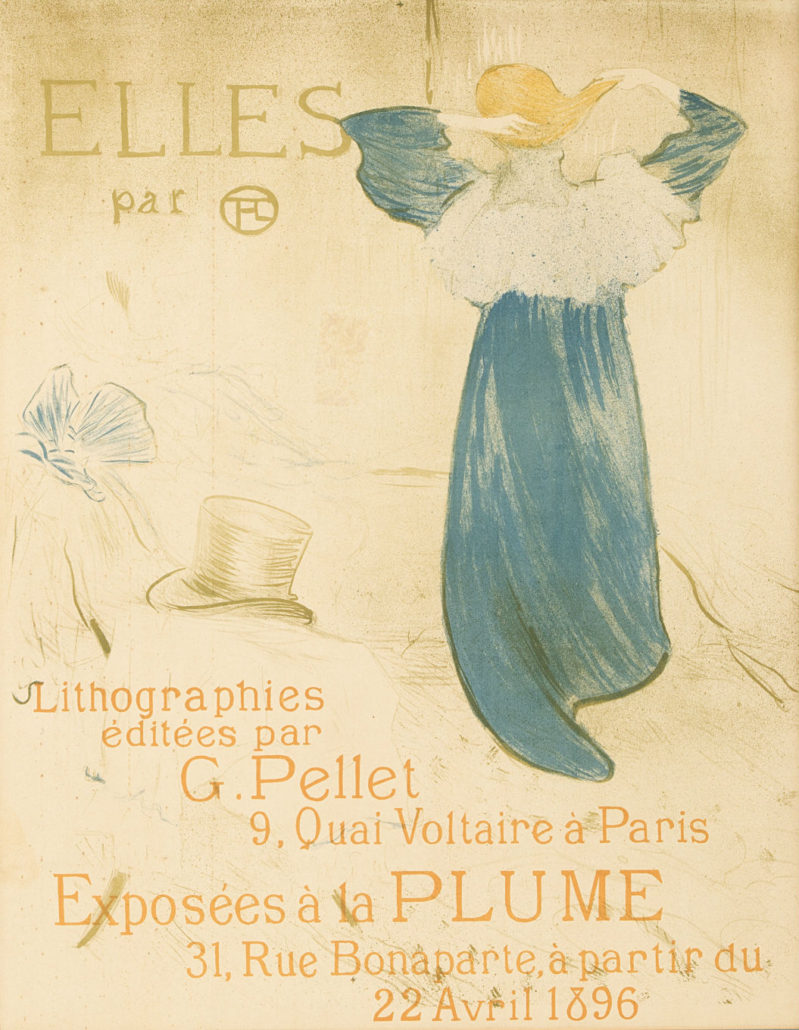 MONROVIA, Calif. – John Moran Auctioneers will host a decorative art auction Dec. 6 that includes an exciting selection of Native American and Western objects and jewelry, modern and contemporary sculpture, and American art pottery and glass, including an array of Rookwood Pottery pieces hand-painted by important decorators. Absentee and Internet live bidding will be available through LiveAuctioneers.com.

One of the most highly anticipated lots is Elles, a lithographic print by Henri de Toulouse-Lautrec (French, 1864-1901). Originally created to serve as the cover of the portfolio of the same name, the work (above) was later modified to announce the exhibition of the lithographs at La Plume’s Salon des Cent in 1896. The lithograph is expected to sell for $15,000 to $20,000.

Western-genre art collectors will be pleased to see a charming work by Frank Paul Sauerwein (1871-1910, Los Angeles) titled Indians and Ponies and consigned from a private Sherman Oaks, Calif., collection. The painting (below) carries a $3,000 to $4,000 estimate. 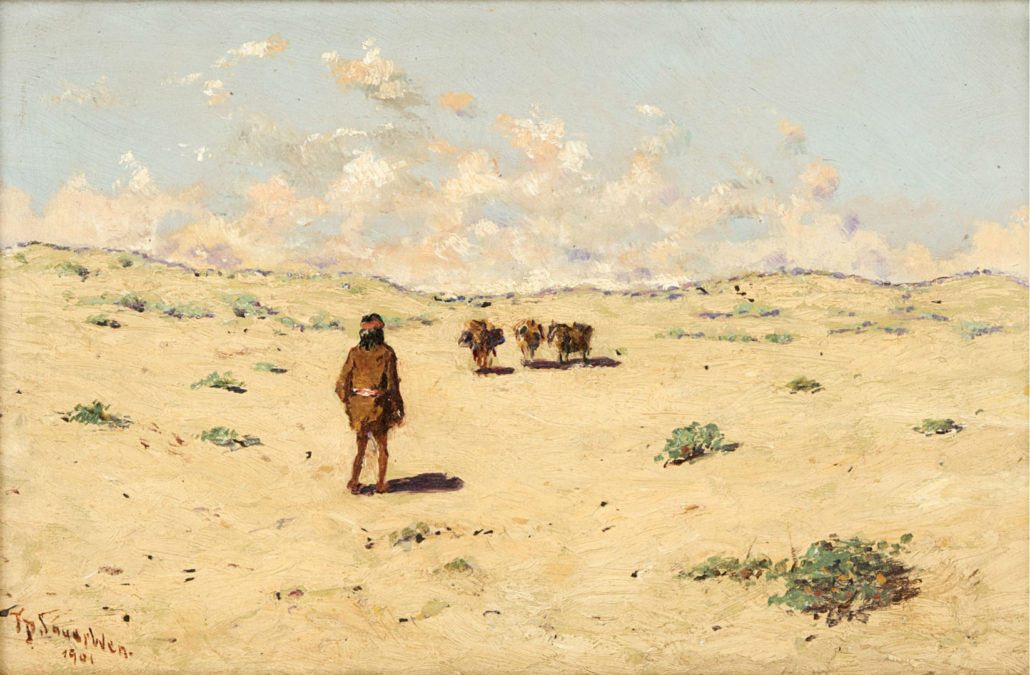 ‘Indians and Ponies’ by Los Angeles-based artist Frank Paul Sauerwein (1871-1910) will be brought to the block with a conservative $3,000 to $4,000 estimate. John Moran Auctioneers image

Rookwood Pottery selections include vases decorated by Albert Robert Valentien, Edward T. Hurley, Lenore Asbury and Sara Sax, among others, all consigned from a private Pasadena, Calif., collection. One example sure to inspire competitive bidding is a floral-motif vellum vase by Asbury featuring phlox delicately painted over a green, light and dark blue ground (estimate: $5,000 to $7,000). Another fine example from the same collection, dating to 1901 and decorated by Valentien in a gladiolus motif, which has a $3,000 to $4,000 estimate. 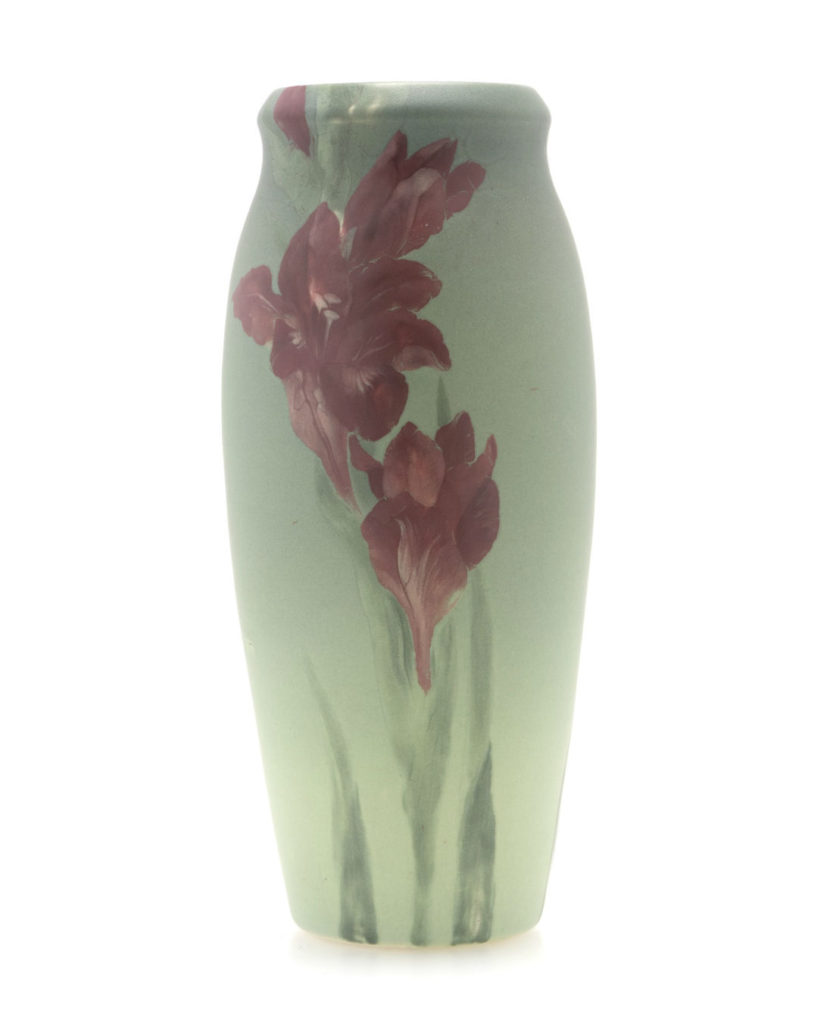 This matte-glazed Rookwood vase decorated by painter Albert Robert Valentien is one of many excellent examples of Rookwood pottery (est. $3,000 to $4,000). John Moran Auctioneers image

A selection of Native American and Western jewelry dovetails nicely with the wide array of jewelry on offer during the earlier auction session on the 6.

The decorative arts auction is the second of three sessions to be held Dec. 6 and is slated to begin at 5:30 p.m. Pacific. Moran’s will offer a special nine-lot selection of important Chinese objects immediately following the decorative arts auction.
For more information contact John Moran Auctioneers via email: info@johnmoran.com or phone: 626-793-1833.