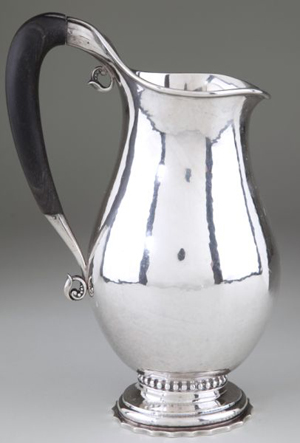 HILSBOROUGH, N.C. – A two-session estates sale dedicated to Fine Wine on Friday, Sept. 17, and Fine & Decorative Arts on Saturday, Sept. 18, will be held by Leland Little Auction & Estate Sales Ltd. The Fine Wine session will begin at 6 p.m. Eastern. The Fine & Decorative Arts session will begin at 9 a.m. Online bidding will be facilitated by LiveAuctioneers.com.

“We have over 100 lots of very high grade wines, and we want to show them off right away,” said Leland Little of Leland Little Auction & Estate Sales, Ltd.

Much of the wine in the sale was taken from the cellar of an avid collector and retired restaurateur. Most of his rare and vintage bottles were purchased on first release and all have been kept in temperature-controlled storage.

The Saturday session will be no less impressive. Offered will be 550 quality, fresh-to-market lots from local estates and collections. Included will be original art, period furniture, works on paper, silver, antique clocks, decorative accessories, pottery and more.

A lecture will precede the Friday session, as Clifford Chieffo will give a talk on portrait miniatures at 3 p.m. That will be followed by a reception preview at 4 p.m. Wine and light hors d’oeuvres will be served. Previews will be held on Saturday, Sept. 11, from 10 a.m.-3 p.m. and Thursday and Friday, Sept. 16-17, from 10 a.m.-6 p.m.

Asian arts will feature items such as a rare Chinese Export porcelain hunt bowl with the exterior decorated with mounted huntsmen and their hounds, circa 1785, but there will also be spectacular antiquities, too, that date back thousands of years. These will include Chinese Trade jewelry, Longquan dishes, a Ch’ing-pai lidded ewer, and numerous vessels, ceramics and boxes.

Estate jewelry promises to dazzle the assembled throngs. Two lots expected to do particularly well are a diamond solitaire ring simply set with one beautiful round brilliant cut diamond weighing 5.56 carats, prong set and mounted in platinum, and an Art Deco diamond and sapphire bracelet made in the 1930s, with one round diamond and 16 baguette cut sapphires.

Continental art will also cross the block. Star lots include two oil on canvas portraits by Scottish painter Henry Raeburn (1756-1823) depicting James Lockhart and Sir James Sinclair-Lockhart; and a pair of Dutch Romanticism works by Willem Bodemann (Dutch, 1806-1880), one of ice skaters on a frozen pond with figures, the other of skaters and a woman in a red cape.

Vintage timepieces will strike a chord with bidders. Examples include a small English lantern clock made for the Turkish market in the early 18th century by William Kipling of London; a Federal Eli Terry pillar and scroll mantel clock, Plymouth, Conn., circa early 19th century; and a circa 1890 Waltham 8-day ship’s chronometer with mahogany and brass case.

From the modern furniture and sculpture category, two lots are worth noting. One is a set of four beautiful Gaetano Descalzo Chiavari side chairs, Italy, circa 1850s, cherry wood with woven cane seats. The other is a bulbous form bottle vase with tapered neck by Peter Voulkos (American, 1924-2002). The vase boasts a rust colored glaze adorning a gray and green speckled field.

The militaria portion of the sale will have many rare and important Confederate items from the Civil War. These will include Confederate soldiers’ letters, currency and bonds, a military pass and philatelic items, to include Confederate 5-cent stamps, turned covers, paid stampless covers, official government postal items, POW covers and adversity covers. 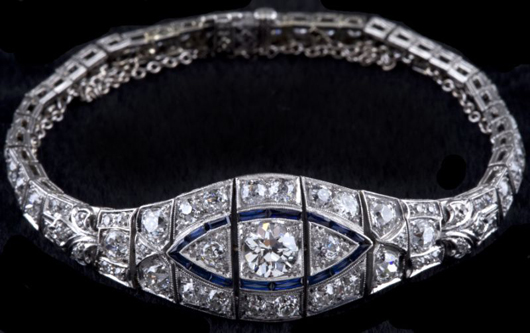 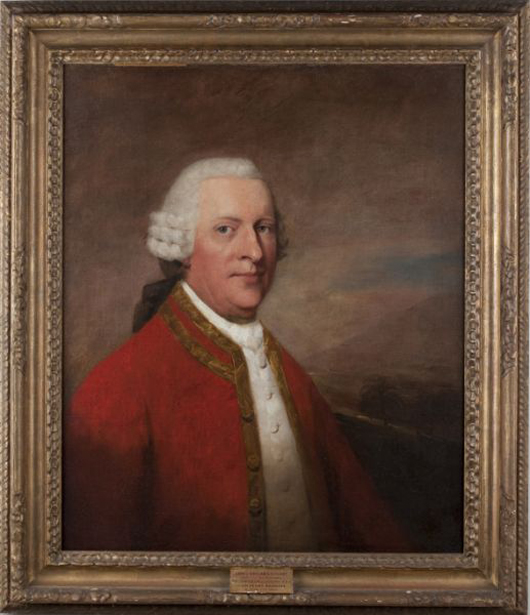 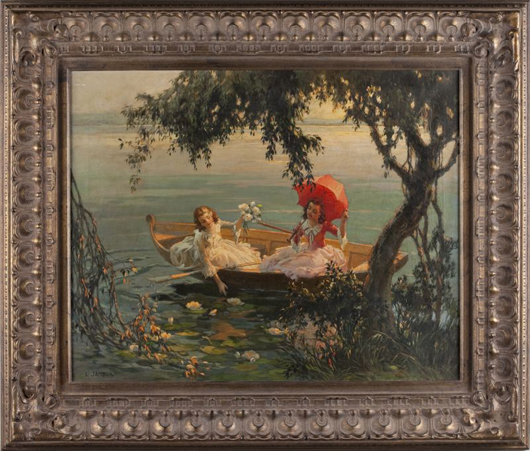 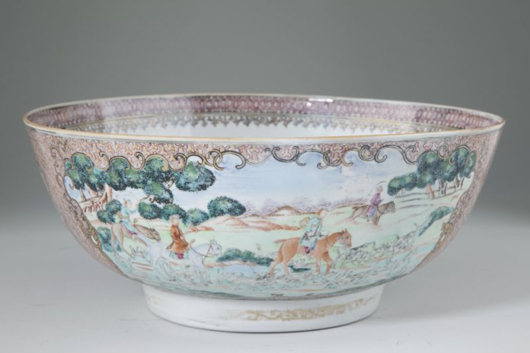 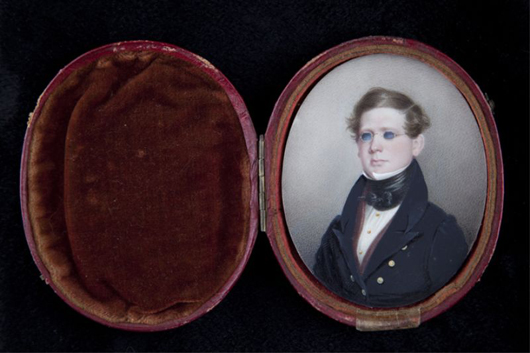