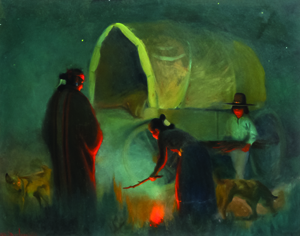 The auction will feature 87 lots of early 20th century and contemporary Western paintings and works on paper, Audubon prints, photographs and bronzes. Highlights of the sale are important works by Gerard Curtis Delano, Eangar Irving Couse and Charles Partridge Adams. In addition to paintings by these respected Western artists, are works by more contemporary artists appealing to seasoned and young collector alike. The auction will commence at 6 p.m. Mountain time.

Grund was a fourth generation Denver native whose love for the Colorado Mountains began at an early age. He grew up surrounded by family, who were early members of the Colorado Mountain Club. Grund attended Pomona College, earned his master’s degree in English from the University of Washington, and graduated from the University of Colorado Law School. He was a civil defense attorney in Denver for more than 30 years, most recently at Grund Dagner P.C., which he founded in 2003. John W. Grund died in December 2012 and a scholarship in his name was established at the University of Colorado Law School.

As a young lawyer Grund collected art that reflected his love of nature and depicted the majesty of the Colorado mountains. He greatly admired the work of Charles Partridge Adams, a Colorado landscape artist, who painted many of the mountain ranges Grund had climbed during his youth. He became passionate about collecting works by Gerard Curtis Delano. Delano moved to Colorado in 1933, where he earned a reputation as a magazine illustrator. He later concentrated on painting and became known as “The Painter of the Navajo.”

Grund was influenced by Denver collector and author Richard G. Bowman and fell in love with the rich palette Delano used and the respect for the Navajos reflected in many of his paintings. For sale from the collection is Gerard Curtis Delano, Wood Smoke (estimate: $80,000-$120,000), which is illustrated in Richard G. Bowman’s book, Walking With Beauty; The Art and Life of Gerard Curtis Delano, and reportedly the last work ever painted by the artist. 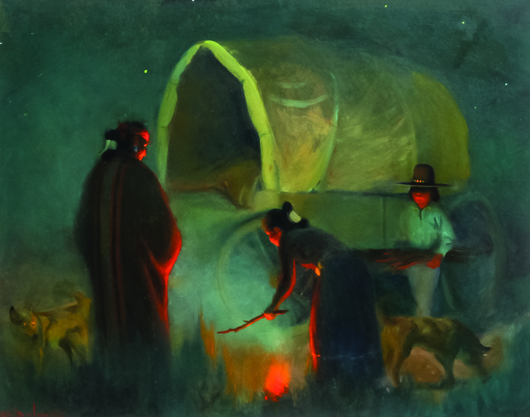 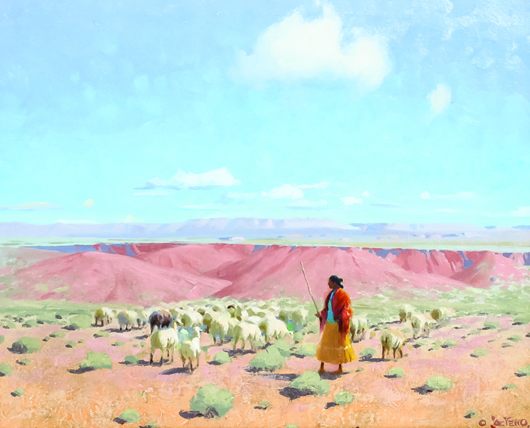 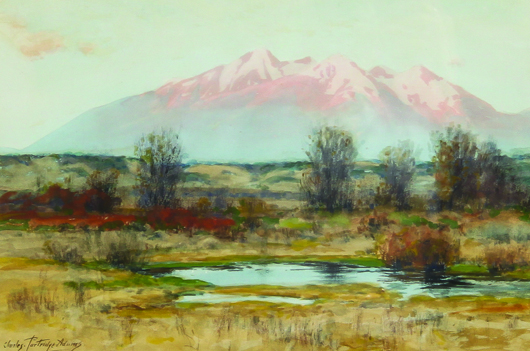 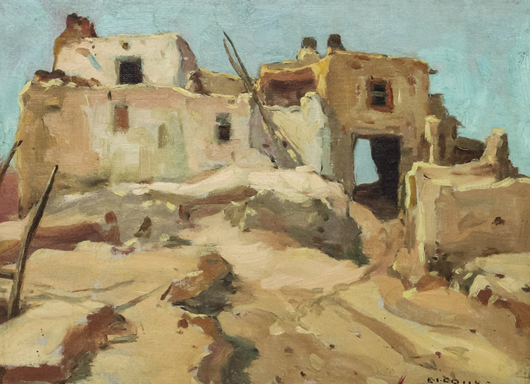