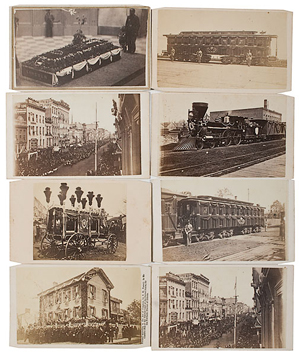 CINCINNATI – A unique album of 97 carte-de-visite photographs featuring 25 rare images of President Abraham Lincoln’s funeral procession is the headliner in Cowan’s Dec. 9, 2009 American History Auction. Never before has such a comprehensive collection of images related to Lincoln’s funeral been offered by Cowan’s, an international leader in auctions of historical Americana. Internet live bidding will be provided by LiveAuctioneers.com.

The album is comprised of images from three of the nine cities on the funeral route: Columbus, Ohio; Chicago, and Springfield, Illinois. While valuable for its rarity as a whole, the album includes several cartes de visite that are exceptional on their own individual merit, including an image of the processional arch in Chicago, and an image of Lincoln’s bedroom in his Springfield home. Additionally, several photographs are not among those shown in Twenty Days, Kunhardt and Kunhardt’s comprehensive 1965 account of Lincoln’s assassination and funeral.

Also among the images of three of the cities on the route are the railroad car used to transport Lincoln’s coffin, the hearse, the crepe-draped Chicago City Hall, and a view of Lincoln’s horse “Old Bob” and his African-American groom, the Reverend Henry Brown, standing before the Lincoln home in Springfield.

Rounding out the album are interior scenes of the funeral, a tinted image of the Lincoln’s boyhood home, and a number of copy views of Lincoln and his family. The album is estimated to bring between $8,000 and $10,000.

Joining the Lincoln album is a group of 47 albumen photographs illustrating the 1884 rescue of the members of Adolphus W. Greely Expedition to Fort Conger (Lady Franklin Bay, Ellesmere Island, Canada). The tragic expedition, though a success scientifically, resulted in the deaths of 18 of the 25 crewmen, after ships carrying supplies failed to reach Fort Conger. Finally, after a public outcry for the rescue of the doomed expedition, three American ships were sent to attempt to locate the group of explorers. An important archive documenting the golden age of Arctic exploration, the group of photographs is estimated to bring $10,000-$15,000.

What is believed to be the earliest known photograph of the Confederate Vice President Alexander Stephens is to be offered as part of a rare archive of Stephens’ family photographs, estimated at $10,000-$15,000. The collection of 17 images, which descended through Stephens’ heirs via Mary Corry, his great niece, includes a tintype of Stephens’ slave, Pierce, as well as images of Stephen’s extended family and other slaves.

A Georgian by birth, Stephens was elected to Congress in 1843. He supported slavery and the Kansas-Nebraska Act. Although as a Democrat, he opposed the election of Lincoln in 1860, and he argued against secession. Lincoln wrote to Stephens emphasizing their similarities in views, other than on that critical issue of slavery. With the formation of the Confederate States of America on February 8, 1861, Stephens was elected Jefferson Davis’ Vice President. However, theirs was an uneasy relationship; Stephens had little respect for Davis and opposed his determination to fight until the end. Stephens made several attempts to talk to Lincoln about ending the war. After the war he was briefly imprisoned before being pardoned by Andrew Johnson. He was elected again to Congress, resigning in 1882 to serve as Governor of Georgia until his death in 1883.

For information on any lot in this auction, call 513-871-1670 or e-mail info@cowans.com. View the fully illustrated catalog and sign up to bid absentee or live via the Internet at www.LiveAuctioneers.com. 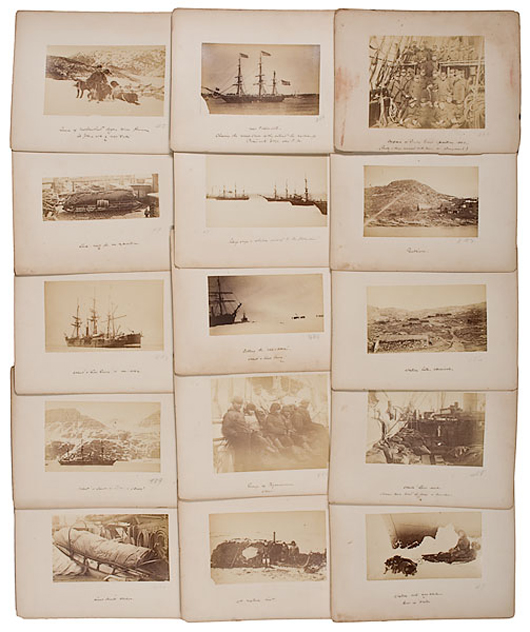 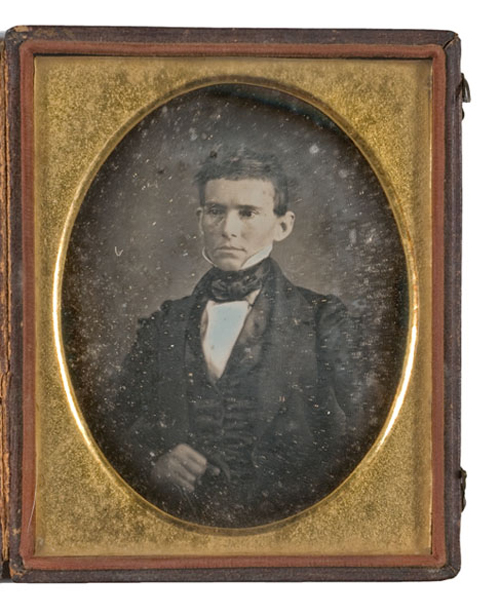 An unpublished photograph album of Alexander Stephens, Vice President of the Confederacy, including a tintype of his slave Pearce, est. $10/15,000 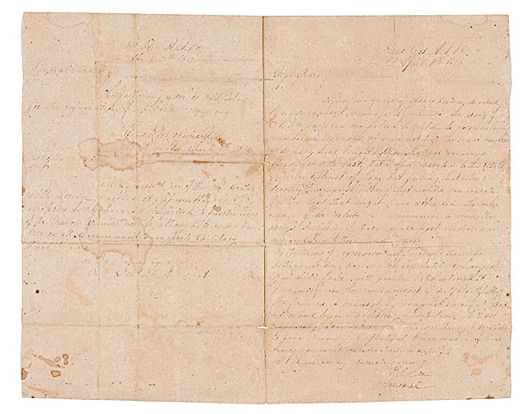 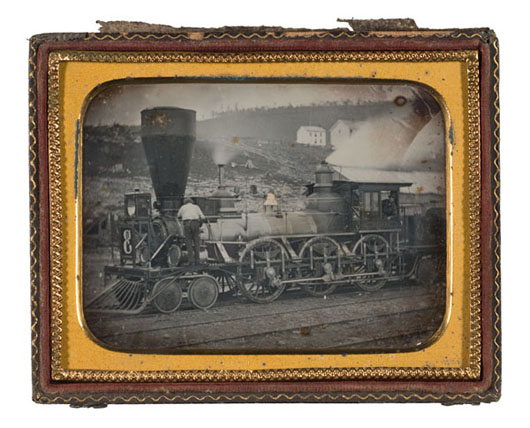 An extremely rare Quarter Plate Daguerreotype of a Steam Locomotive, estimated to bring $5/7,000 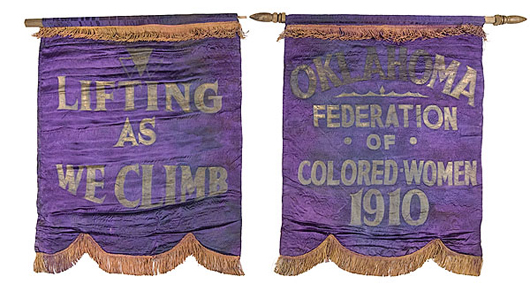 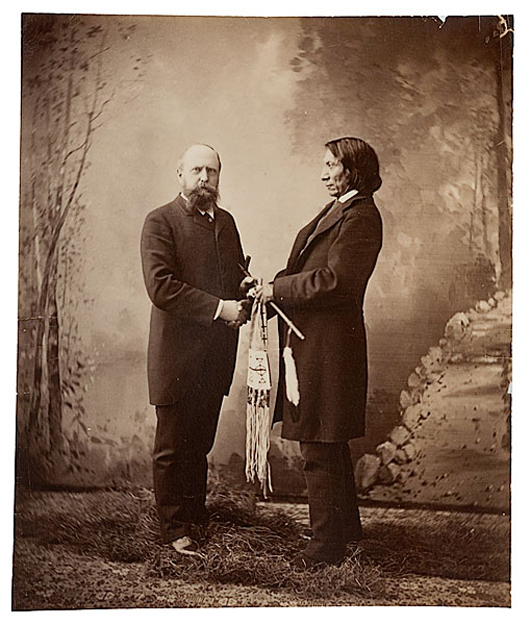 A tremendous collection of American Indian Photographs, including a rare image of Red Cloud (Lot 227), estimated to sell for $7/9,000 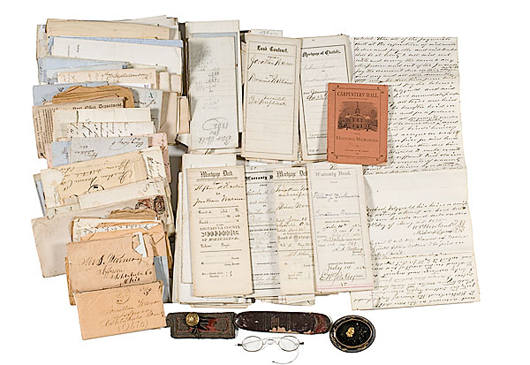 An Ohio family’s archive from the California Gold Rush, including a gold nugget, estimated to bring $10/15,000 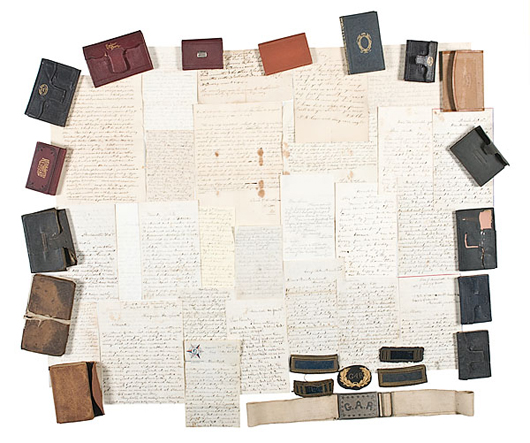 Lincoln funeral re-enactment could be boon for Springfield

Cowan’s Corner: Old Master copies and icons – an opportunity in...