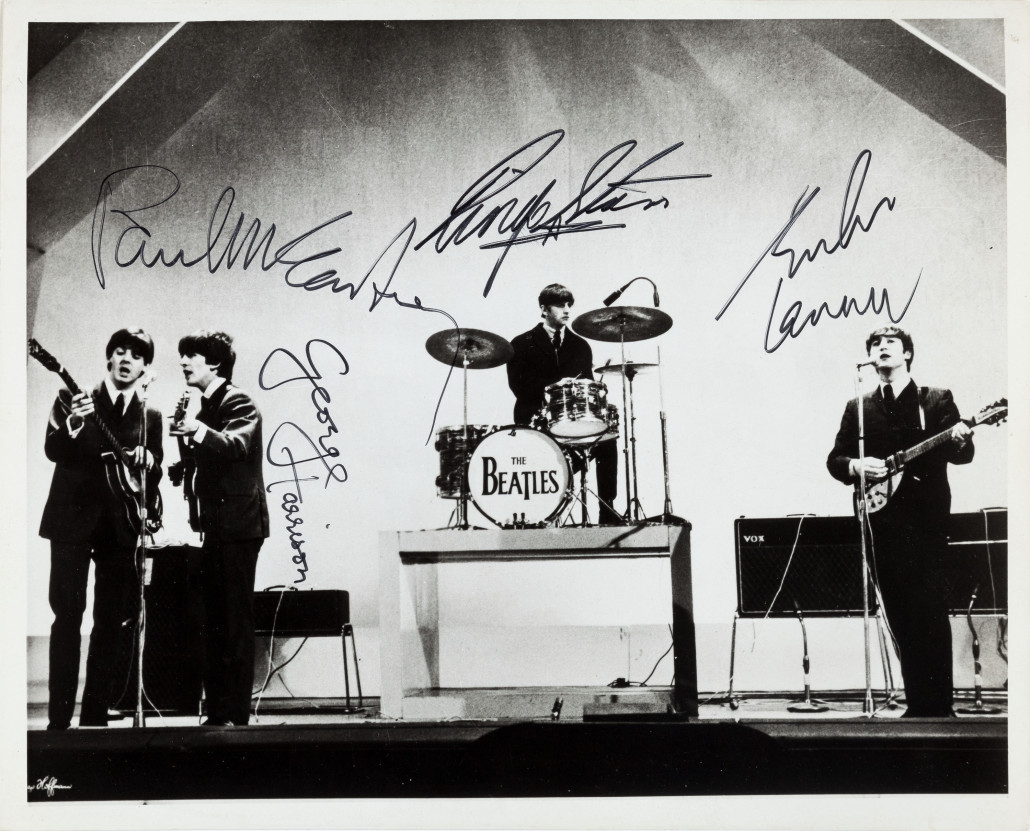 The Beatles autographed photograph by Dezo Hoffmann of the band performing at the Empire Theatre, Liverpool on Dec. 7, 1963. Heritage Auctions image

DALLAS – A substantial lock of John Lennon’s Beatles mop-top hair – cut of in preparation for his role as Private Gripweed in the 1966 film How I Won the War is expected to sell for $10,000 in Heritage Auctions’ Feb. 20 Entertainment & Music Memorabilia Auction in Dallas. The extraordinary, 4-inch lock is offered amid 100 important examples of Beatles memorabilia, including what’s being called “likely the greatest signed Beatles photograph known to exist.”

“This is the largest lock of John Lennon’s hair ever offered at auction,” said Garry Shrum, director of Music Memorabilia at Heritage. “It comes from a very important time in his career and the provenance is impeccable.”

The lock (below) is from the private collection of Klaus Baruck, the hairdresser who trimmed Lennon’s famous hair in Hamburg, Germany, just before his starring role as in Richard Lester’s dark comedy about a fictional British army troop and their misadventures in World War II. 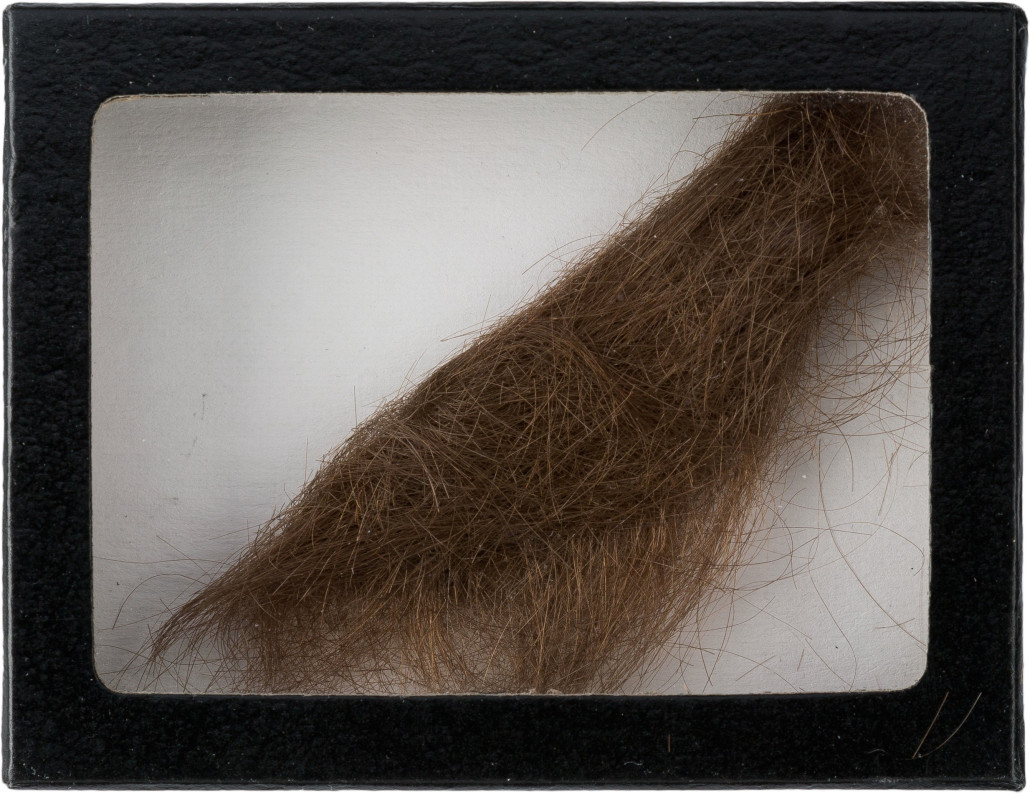 Lock of John Lennon’s hair, clipped by a hairdresser in 1966. Heritage Auctions image

Another rare Beatles discovery is an 8 x 10 black and white glossy photograph of the band by Dezo Hoffman, boldly signed by all four members on Dec. 17, 1963. The letter is accompanied by two letters of authenticity from Beatles experts Frank Caiazzo and Perry Cox suggesting that this photograph is very likely the greatest Beatles signed photograph known to exist (est. $40,000+).

Dozens of examples of rare concert posters include one of the rarest known to exist: a “Batman” Fillmore Auditorium Poster BG-2 for Big Brother and the Holding Company and Quicksilver Messenger Service (est. $20,000+).

The auction’s selection of more than 140 star autographs range from a snapshot of Elvis Presley, signed during a 1955 stop in Tyler, Texas (est. $2,500+) to signed photos from Abba to ZZ Top.