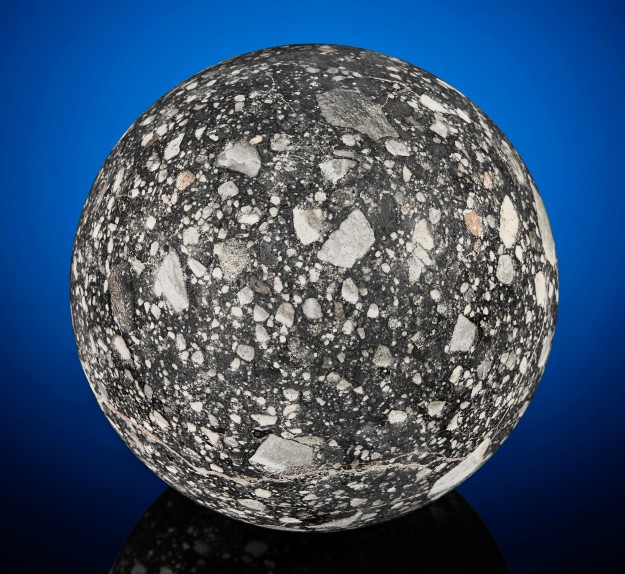 The largest lunar sphere on earth will be the feature lot at Christie’s Deep Impact: Lunar and Rare Meteorites sale, which will conclude Aug. 25. Estimate: $300,000-$500,000. Christie’s image

NEW YORK – Christie’s will conduct its annual Deep Impact: Lunar and Rare Meteorites sale in which dozens of striking extraterrestrial specimens will be offered for bidding through Aug. 25. View the fully illustrated catalog on LiveAuctioneers.

Leading the sale is a sample of the Earth’s moon in the shape of a sphere (estimate: $300,000-$500,000). Among the rarest objects on Earth, specimens of the moon are identified by specific geological, mineralogical, chemical and radiation signatures. This sphere was fashioned from a lunar meteorite – a piece of the Moon ejected into space following an impact on the lunar surface. While not one milligram of the 400kg of Apollo material is available for private ownership, some of the material returned to Earth by Apollo astronauts is remarkably similar to select lunar meteorites, including this offering. With a 98mm diameter (4 inches), this captivating presentation of the moon is, besides the moon itself, the largest lunar sphere known. The sale also offers a smaller lunar sphere (estimate: $15,000-$20,000) and a piece of lunar jewelry with extraterrestrial gemstones (estimate: $25,000-$35,000). 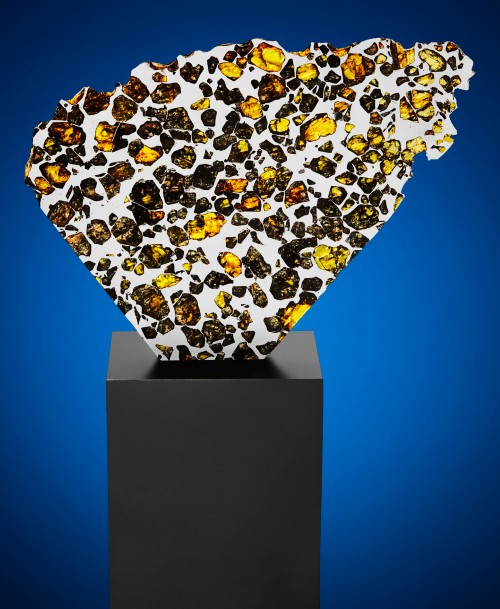 Originating from the molten core of an asteroid between Mars and Jupiter, the Lake Murray meteorite has been on Earth longer than any other meteorite and its crystalline pattern is among the most captivating. The sale offers a complete slab of this historic meteorite (estimate: $25,000-$35,000). Protected by a 6-inch sheath of iron shale, the Lake Murray mass was found in a layer of Antler Sandstone of the Lower Cretaceous period (110 million years). Lake Murray landed on Earth more than 100 million years before the earliest humans walked the Earth.

Containing gems from outer space, from the Collection of legendary meteorite hunter Robert Haag is a large partial slice of the most beautiful extraterrestrial substance known. Representing just 0.2% of all meteorites, pallasites are extremely exotic and samples of the Esquel meteorite are the most coveted (estimate: $15,000-$25,000). This specimen contains highly translucent olivine crystals ranging in hue from amber to emerald and also features gem quality peridot, the semiprecious birthstone of August. The slice is 8 inches across. 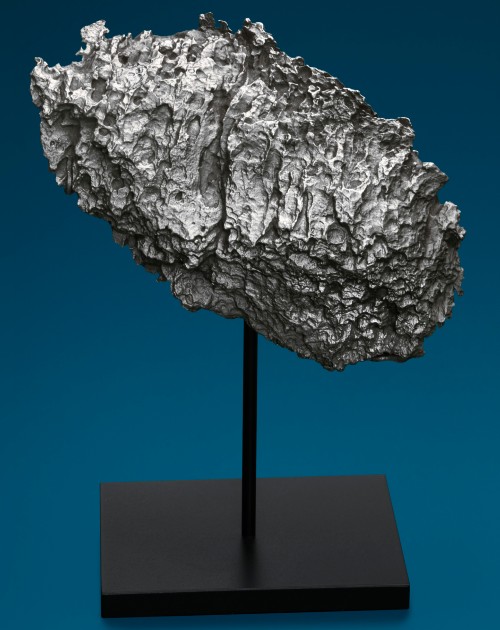 Also featured in the sale, with Macovich Collection provenance, is a massive oriented parabolic heat shield meteorite (estimate: $40,000-$60,000). The heat shields for the first manned space capsules were inspired and emulated from oriented meteorites similar to this offering as this is the most efficient angle at which heat is deflected from an object undergoing frictional atmospheric heating. This is among the most aesthetic large examples of such a meteorite known.

Additional Macovich Collection specimens include a highly aesthetic Gibeon iron meteorite (estimate: $50,000-$80,000) that qualifies as an extraterrestrial tabletop sculpture and one of the most unusually shaped stone meteorites known to exist (estimate: $40,000-$60,000) which evokes the sculpture of Ken Price. 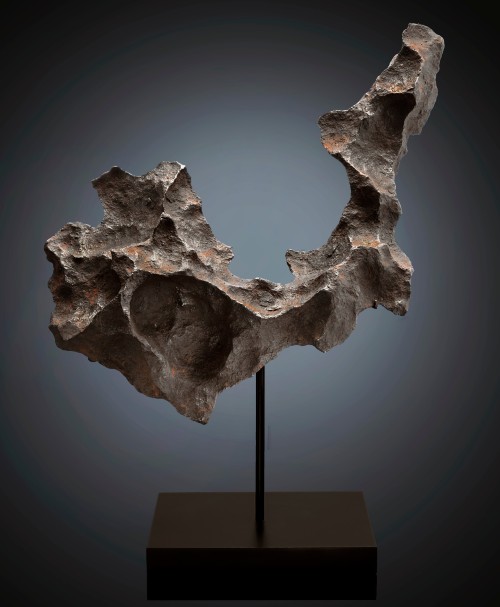