DENVER, Pa. – Morphy Auctions’ March 22 Premier Doll Auction will showcase the multigenerational collection of the Foote family of Maryland. Doll collectors in the Washington, D.C., suburbs would be quite familiar with Iverna and Irving Foote, as they were active members of the Dollology Club and regular attendees at UFDC conventions and the Gaithersburg Doll Show.

The Foote collection’s heritage traces back to Irving’s mother, Dorothy Budde Foote, who was from Medina, Ohio. She joined her first doll club in 1940, but her doll collecting started even earlier, with the acquisition of Oriental dolls she bought to use at her church Sunday School classes. Later, Dorothy’ became interested in antique dolls, after seeing a picture on the cover of Antiques magazine.

“Dorothy Foote was fortunate to be able to attend the first annual UFDC convention in 1950,” said Morphy Auctions’ doll consultant, Jan Foulke. “Her sister, Bertha Budde, took up doll dressing, so many of the dolls in the Foote collection were costumed by ‘Aunt Bea.’”

Dorothy Foote had five children. All of them shared in the dispersal of her collection when she died, but only two actively followed in her doll-collecting footsteps: her son, Irving, and her daughter, Dorothy Foote Mishler. Dorothy resides in Wooster, Ohio, and is still a member of UFDC.

Irving’s wife, Iverna, shared her husband’s interest in collecting. With the dolls Irving inherited as its foundation, Irving and Iverna built a remarkable and diverse collection with a strong emphasis on fine china dolls and wooden Schoenhut dolls and toys, but also including French bébés and fashion dolls; and early cloth, papier-mâché and parian dolls. The Footes often planned their vacations to include visits to doll and antique shops; auctions and conventions. Irving also enjoyed photography, and combined his two hobbies by photographing dolls and speaking to collector groups about how to take better pictures of their dolls.

The Foote family legacy has now entered its third generation through Irving and Iverna’s daughter, Mary Foote. An enthusiastic collector, Mary was initially encouraged by her grandmother, who gave her many dolls as gifts.

Irving Foote passed away in 2004, and at age 94, Iverna has now moved to an assisted-living facility where space to display her treasured dolls is very limited. Mary has chosen some of her parents’ dolls for her own collection, and other Foote family members have selected dolls as mementos. The remainder of the Foote collection will be offered to doll collectors around the world on March 22 at Morphy’s.

Complementing the Foote family dolls will be an extensive private collection from Europe that reflects the owner’s love of children. The grouping is highlighted by an impressive selection of Kathe Kruse dolls that represents the entire spectrum of Kruse’s career, including wistful Doll I models, smiling “Schlenkerchen,” sleeping and awake “Sand Babies,” and a boxed “Hampelchen.”

Saucy and mischievous googlies abound, representing such makers as Kestner, Heubach, Marseille, K & R, SFBJ and Hertel Schwab. Not to be overlooked is a wide variety of Gebr. Heubach characters that reveal a gamut of emotions, from pouting to laughing; and several elusive SFBJ 252 pouty toddlers. K & R characters are represented by no fewer than 12 different models – with many multiples – including desirable “pouties.” Happy toddlers and babies by various German factories add a touch of idealism to this group.

From Maryland, comes a group of antique dollhouses and miniatures, including a rare Tynietoy farmhouse and a lovely selection of Tynietoy furniture. Other consignments from around the United States bring the auction total to about 700 lots.

For additional information on any lot in the sale, contact Jan Foulke by emailing janfoulke@aol.com. 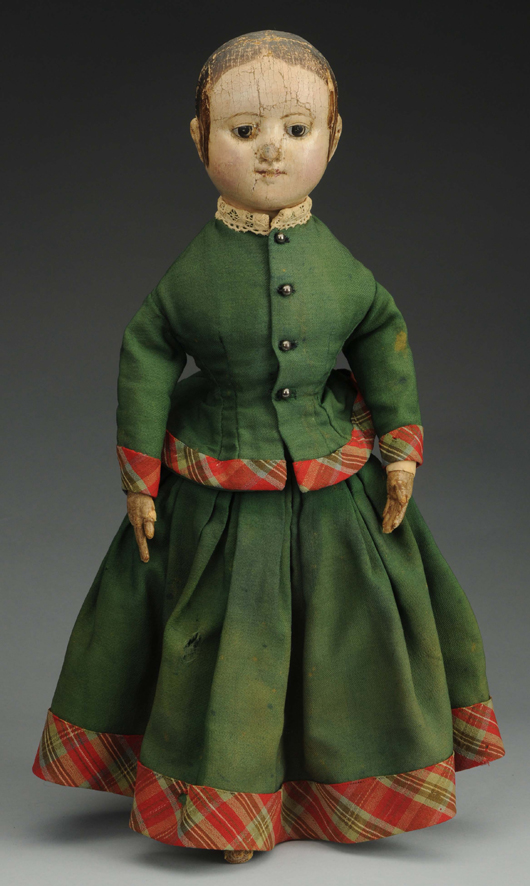 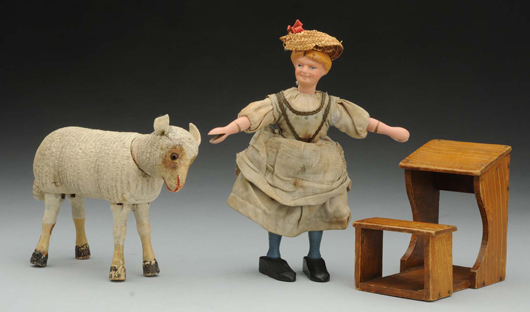 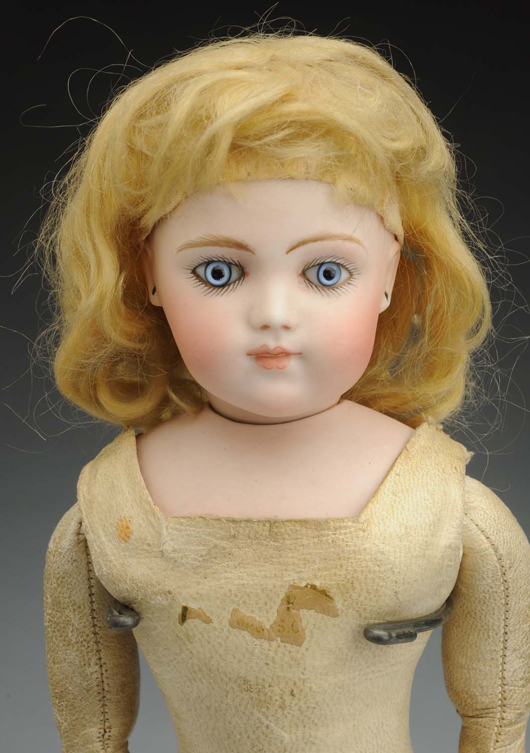 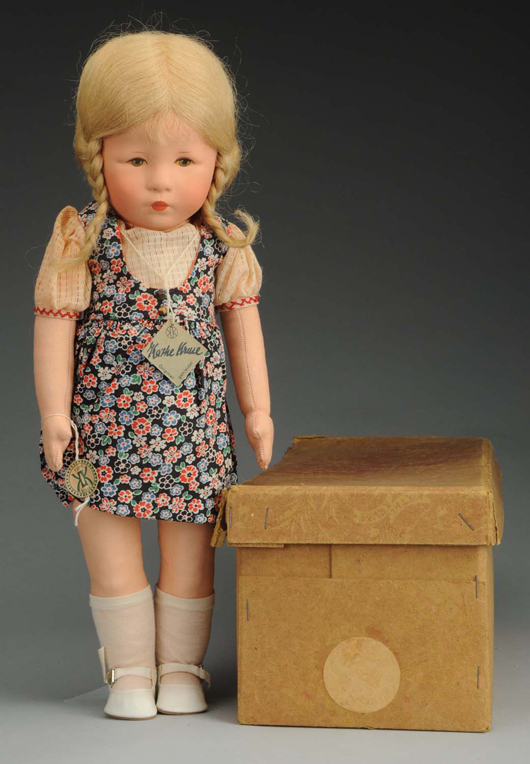 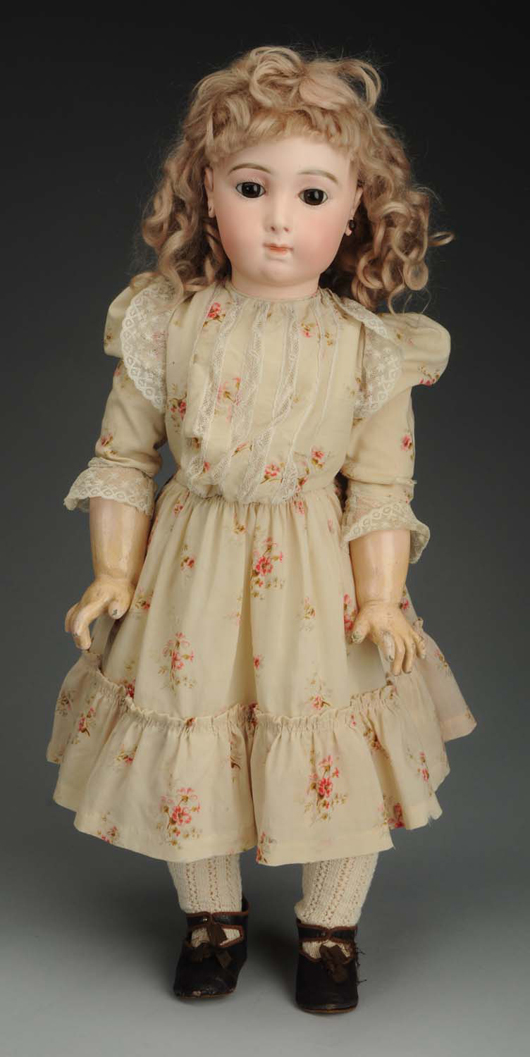 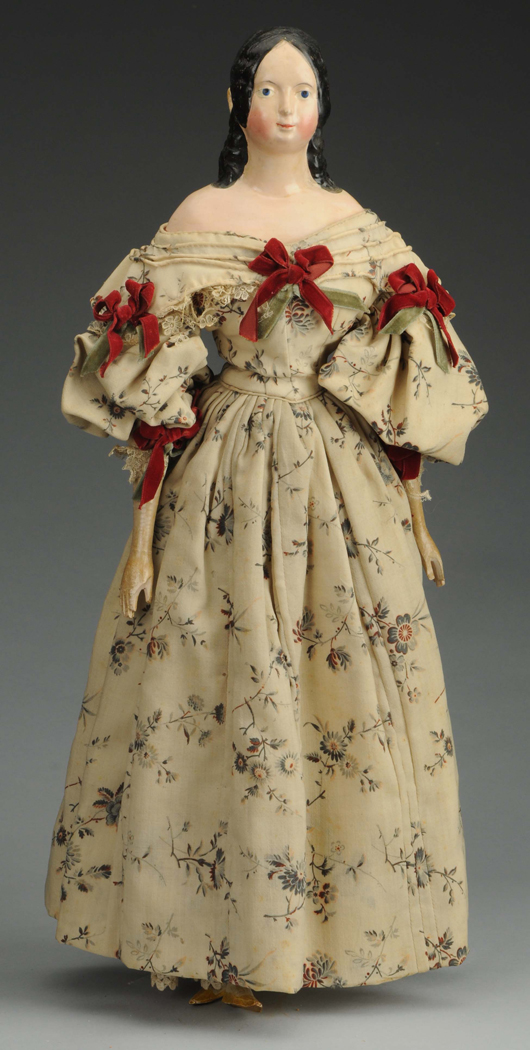 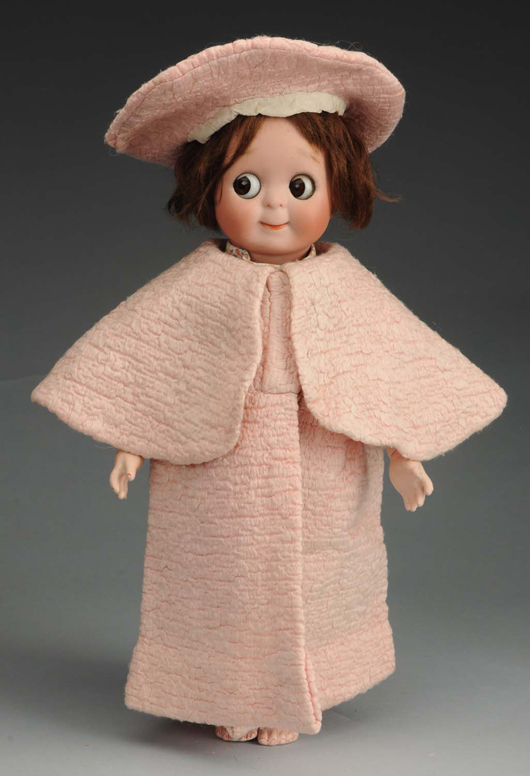 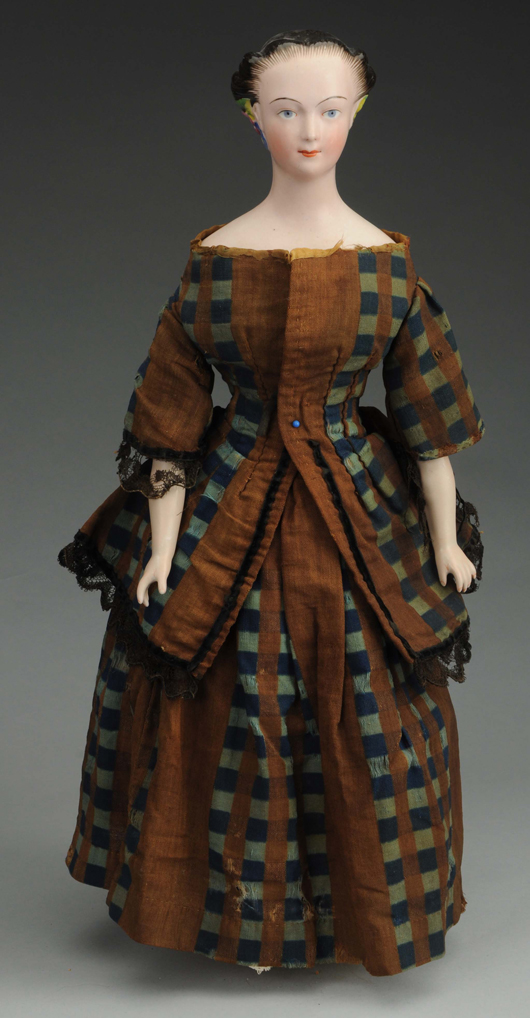