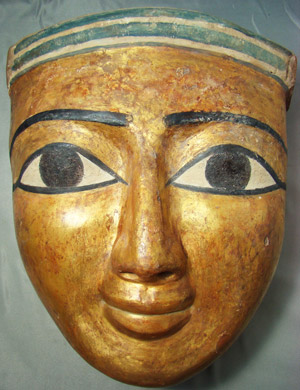 ENCINO, Calif. – Malter Galleries Inc. will present an Ancient Art from Around the World Auction Feb. 15. The sale will consist of 382 lots of ancient glass, pottery, stone and metalwork.

“They’re all small nice collectibles. I know the provenance on most of them,” said Michael Malter, president of Malter Galleries. “The strongest areas are Greek, Roman, Egyptian and Pre-Columbian. The auction has a nice representation of those areas.”

“It’s just a nice displayable piece,” said Malter. “Most of the items that we have tend to be on the smaller size. I’m not set up for large items.”

His father, Joel L. Malter, who died in 2006, founded the business in 1961. “It started out mostly as an ancient coin company selling Greek and Roman coins. I still do that, but it has evolved and branched out into other areas including related antiquities.”

Malter Galleries conducts about six Ancient Art from Around the World Auctions a year.

“We’ll have one every couple of months. It takes that long to get them together,” said Malter. “With the Internet it’s a worldwide auction, but I still have a lot of local people and regular customers who can’t afford to spend huge amounts of money every week, so two months seem to be a good separation between auctions.”

He has also conducted book auctions including two important sales devoted to numismatic books in 2006 and last year.

Malter Galleries’ Ancient Art from Around the World Auctions are available for Internet bidding through LiveAuctioneers.com. For more information contact Malter Galleries at 818-784-7772, toll free in the United States at 888-784-2131, or go to the Web site www.maltergalleries.com. Malter Galleries is located at 17003 Ventura Blvd., Encino, CA 91316. 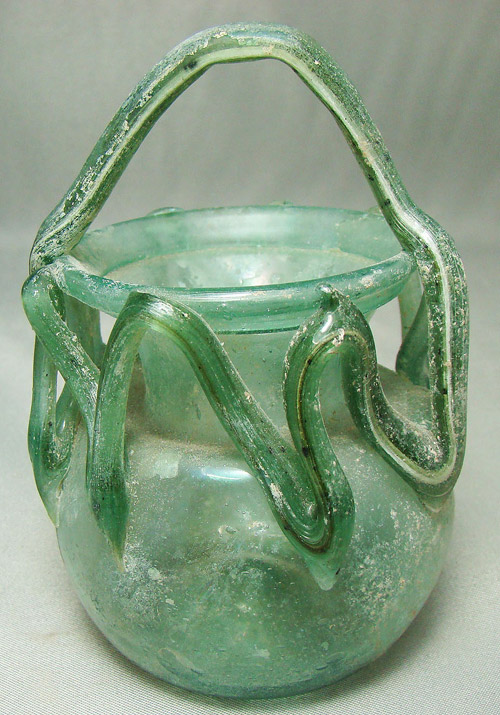 This Roman glass flask from around the second century is expected to sell for $600-$750. Image courtesy of Malter Galleries Inc. 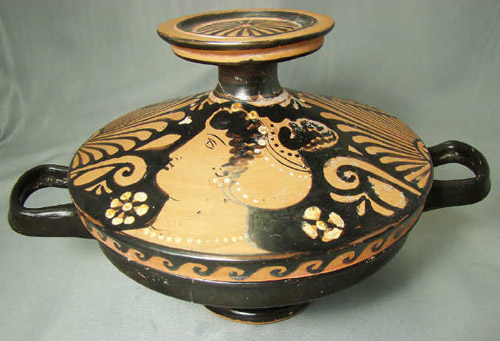 Fashionable women are pictured on this lidded lekanis from Italy, circa 330 B.C. Despite damage, it has a $1,500-$2,000 estimate. Image courtesy of Malter Galleries Inc. 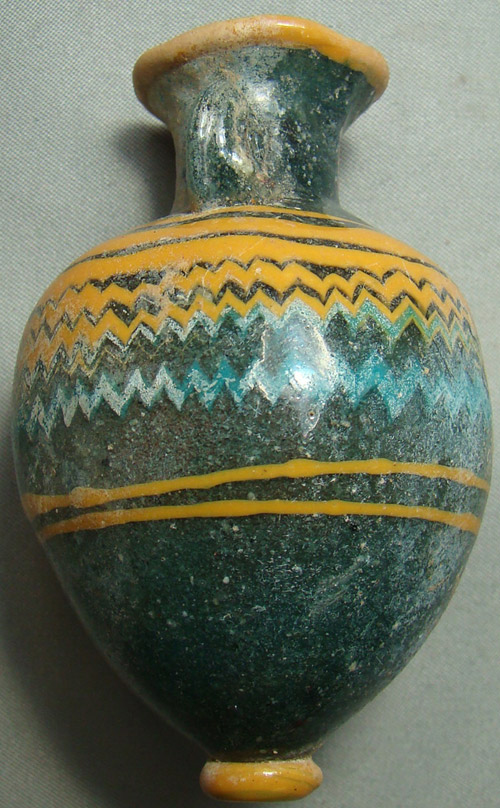 Less than 3 inches high, this core-formed glass aryabellos is from Phoenicia, fifth or sixth century B.C. It has a $5,000-$6,000 estimate. Image courtesy of Malter Galleries Inc. 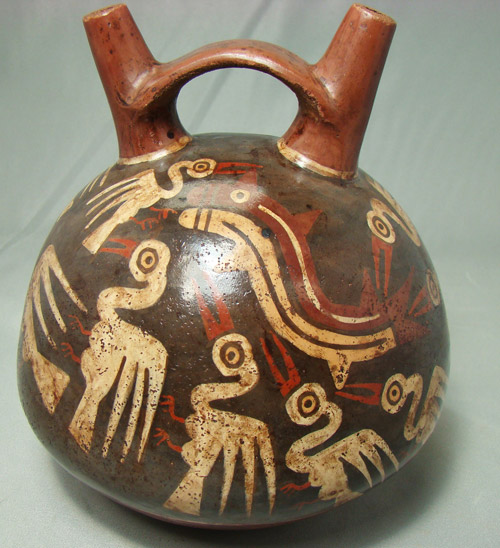 Pelicans and fish are depicted in the polychrome decoration on this circa third century bottle from Peru. Image courtesy of Malter Galleries Inc.