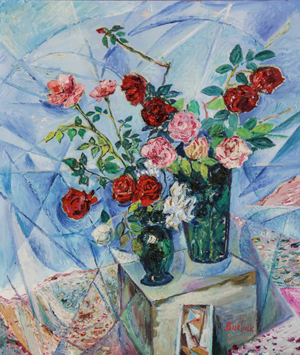 PHILADELPHIA – On Sunday, Nov. 17, Material Culture will bring to auction over 500 lots of paintings, works on paper, prints and sculpture. Its November Fine Art sale features an extensive list of important artists, chiefly from the 20th century. Of particular prominence are modern and contemporary artists from Russia, Nigeria, Haiti and the United States. Nearly 100 works by significant 20th century artists come to the auction from the art collection of the Prudential Insurance Co. of America. The auction commences at 11 a.m. Eastern, with live online bidding provided by LiveAuctioneers.

One of the leading artists in the auction, David Burliuk (1882-1967), is represented in 12 lots of oil painting, watercolor and drawing. Recognized around the world as the “Father of Futurism,” Burliuk was a formative figure in the Russian Futurist movement of his native Ukraine, and an influence on Modernism in the pivotal early decades of the 20th century. His most prominent piece at auction, an oil painting titled Roses from the 1950s, exhibits the “radio style” that was one of Burliuk’s signature forms, a depiction of the energy forces around an object. A watercolor by Russian artist Dmitry Krasnopevtsev (1925-1995), Composition with Shell, is an excellent example of the artist’s characteristic “metaphysical still life.” Krasnopevtsev’s subdued, ashen palette—interrupted in this painting by the red lining the shell—is typical of his shifting perspective and his penchant for overturned or broken objects that give his paintings a sense of surrealism. Krasnopevtsev is considered to be one of the most important Russian artists of the latter half of the 20th century. The watercolor at auction is additionally notable because it belonged to David Burliuk, gifted to him by the younger artist.

Haitian artist Hector Hyppolite (1894-1948) provides another highlight in his painting of circa 1945-1947, Still Life with a Bird. Hyppolite is regarded as one of Haiti’s foremost painters of the period; a third generation Vodou priest, he packed his paintings with scenes and symbols from his religion. The painting’s provenance includes the Haitian Art Gallery Arte del Pueblo, which specializes in the Centre d’Art paintings of which Hyppolite was a member.

The Prudential Insurance Co. of America brings to auction nearly 100 lots created by significant artists of the 20th century. Highlights of the collection include a lead intaglio relief by Russian-American artist Louise Nevelson (1899-1988) titled Sky Garden, and a work on paper with graphite and oil titled Amor und Psyche by Markus Lupertz, a Czech-German artist born in 1941. Aaron Siskind’s (American, 1903-1991) gelatin silver print titled Terra Cotta 13 and Karen Knorr’s (German, b. 1954) cibachrome The Libertine Manner of Reading are among this collection’s leading photographs. With four of his pop art lithographs in the auction, British artist Gerald Laing (1936-2011) is the most heavily represented in Prudential’s group of artworks, encompassing a large range of artists including Leroy Neiman, Michael Mazur, Mark Miloff, Keith Morrison and Bilge Friedlaender.

Nigerian artists appear prominently in the auction, beginning with a piece by Prince Twins Seven-Seven (1944-2011), one of Africa’s most famous contemporary artists. This large work, titled The Mother and Tattooed Body, is what Prince called a “sculptor’s painting”—two layers of carved wood nailed together to give the image tiers and depth. In this piece, dating to 1980, the color of the wood comes through, dominating the image with natural tans, in contrast to the bright acrylics of Prince’s other three other paintings in the sale. Also leading this category is a striking bronze sculpture by Ben Enwonwu (1921-1994), depicting the head of a beautiful but stern young woman. A plaque on the base below gives us her name, Remi, and the date of the piece, 1977. Known around the world as one of the premier African Modernists, Enwonwu strove to show that African art is the equal of its Western counterparts.

Eleven pieces by David H. Dale (b. 1947) exhibit the versatility of the artist’s work in foil, from traditional motifs of varying intricacy to two realistic figural etchings. One of these, Durbar, dating to 1989, shows five warriors on horseback riding headlong into the viewer’s perspective. Tony Enebeli also brings eight original metal foil etchings to the sale, his figures are a blend of traditional Nigerian art and his own distinctive style, forms altered with modernism’s panache and spiritual resonance. Among his pieces are those titled Sun Worshippers, Women Protesters and Motherhood.”

Another one of the most respected Nigerian artists of the 20th century, Gani Odutokun (1946-1995), is shown at auction in an abstract painting, titled Hurley Burley I. As adaptive in style as he was prolific, this blue-dominated painting dating to 1990 lives in the universe between his representational work and his liquidized paintings. Other Nigerian artists featured in the sale include Alao Dipo and Jimoh Buraimoh.

Other highlights include three pieces by Moses Soyer (Russian-American, 1899-1974), led by an oil painting titled Profile of Cynthia in Red, an artist’s proof lithograph by James Rosenquist (American, b. 1933) titled Paper Clip, dating to 1974, and three pop art portrait lithographs by Alex Katz (American, b. 1927). Twelve mixed media paintings by American self-taught artist Purvis Young (1943-2010) make him one of the more heavily represented artists in the sale. Contemporary Chinese painting is led by Guo Yicong (b. 1940) and Chang Ran (b. 1960). Artwork by many famous artists is featured, including four monoprints by Harry Bertoia (American, 1915-1978), four lithographs by Fernand Leger (French, 1881-1955), a lithograph and rare portfolio box by Alexander Calder (American, 1898-1976), a first-edition printing of Andy Warhol’s Index, numbered 53 of 365. Rounding out the sale include pieces by Henry Moore, Leonora Carrington, Donald Sultan, Leonid Purygin, Agnes Weinrich, Jacob Lawrence and Ellison Hoover. 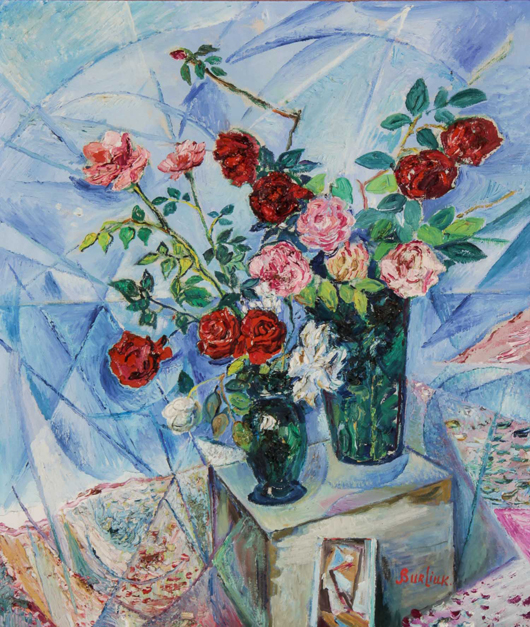 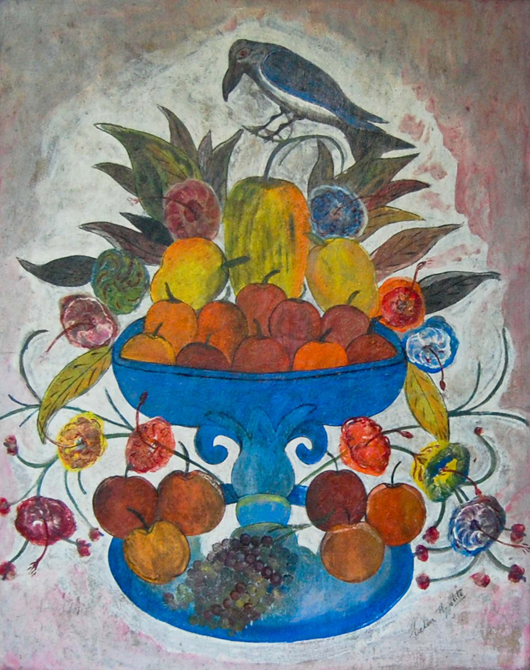 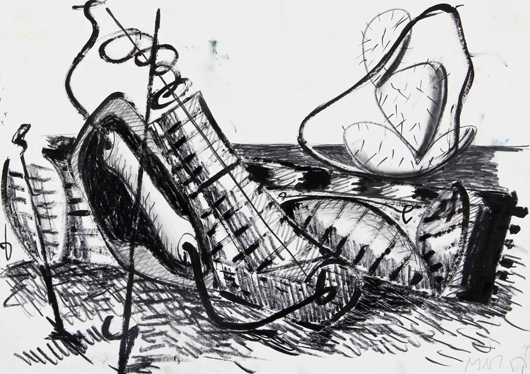 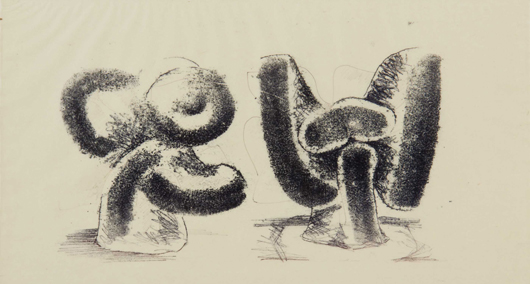 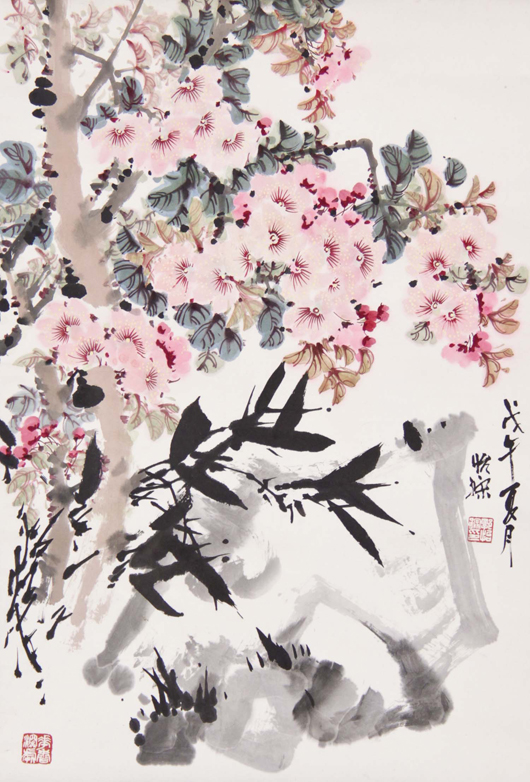 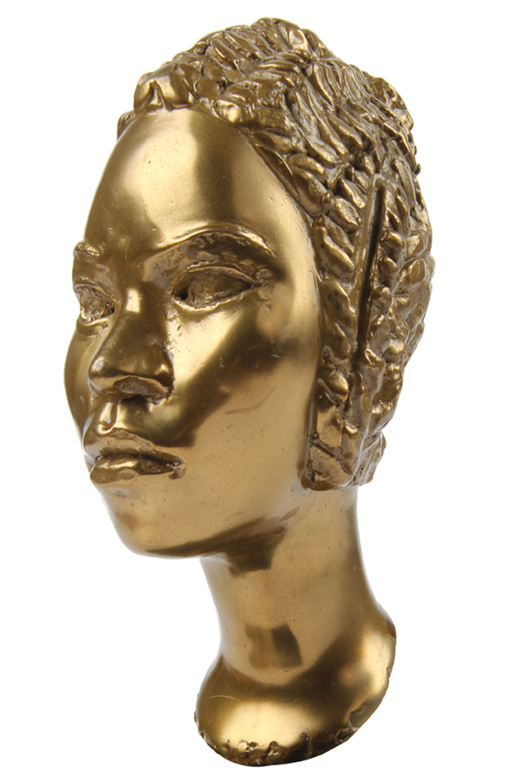