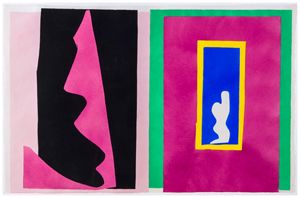 LONDON – Henri Matisse’s cut-outs have been receiving floods of visitors at the Tate Modern exhibition “Henri Matisse: The Cut-Outs,” which opened earlier this year. On Thursday, July 3, Dreweatts & Bloomsbury Auctions will offer collectors and investors the opportunity to take home some of the fascinating and rare cut-out works from the final chapter of Matisse’s diverse and influential career in a sale of Modern & Contemporary Prints.

Despite ill health that left him immobile and unable to paint or draw freely, Matisse embarked on a new phase of his career that would prove to be his most influential and celebratory. Taking inspiration from the circus, he used a pair of scissors to cut lively shapes from brightly colored gouache-painted paper creating a series of paper cut-outs, papier decoupés, which were published in Jazz, 1947, a limited-edition book containing color pochoirs of the paper cut collages, accompanied by his written thoughts. Widely regarded as the most important artist’s book of the 20th century, it is scarce that individual plates from Jazz, such as these, should appear at auction.

A union between drawing and color, Matisse called this dynamic style “painting with scissors.”

Originally intended as illustrations for a poetry collection, Matisse instead replaced the verse with his own notes, which were originally written with a paintbrush in looping letters.

Henri Matisse: “You see as I am obliged to remain often in bed because of the state of my health, I have made a little garden all around me where I can walk … There are leaves, fruits and a bird.”

The combination of vivid colors with abstract and figurative subject matter evokes a glorious celebration of life against adversity. These highly sought after Jazz prints echo today as one of the most beautiful and groundbreaking series of 20th century art. 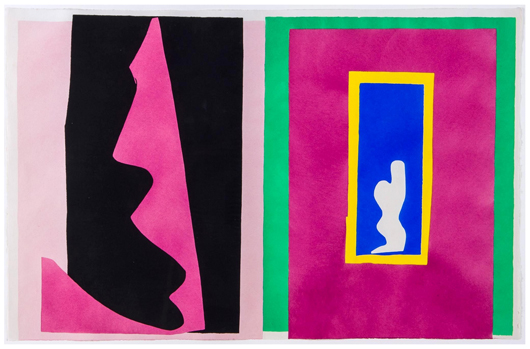 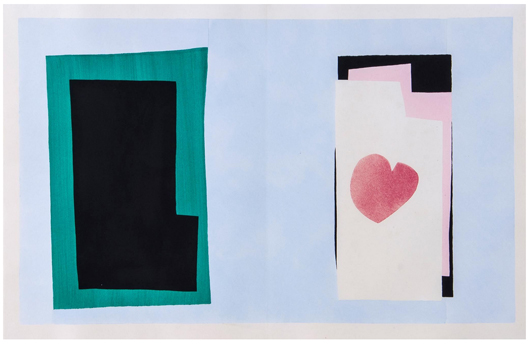 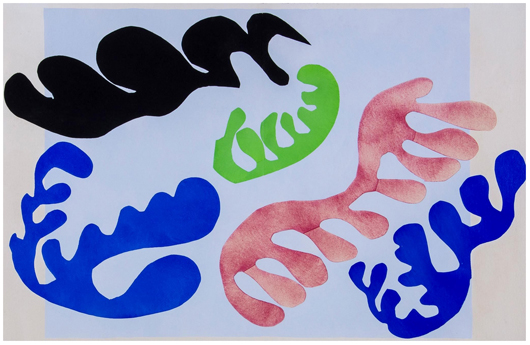 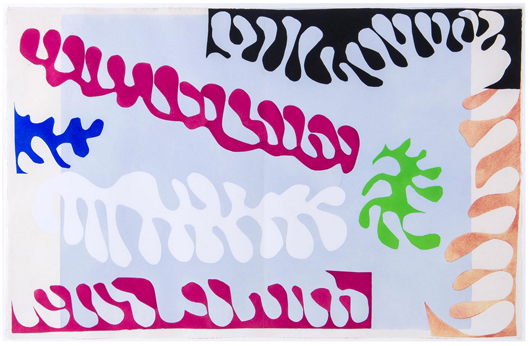