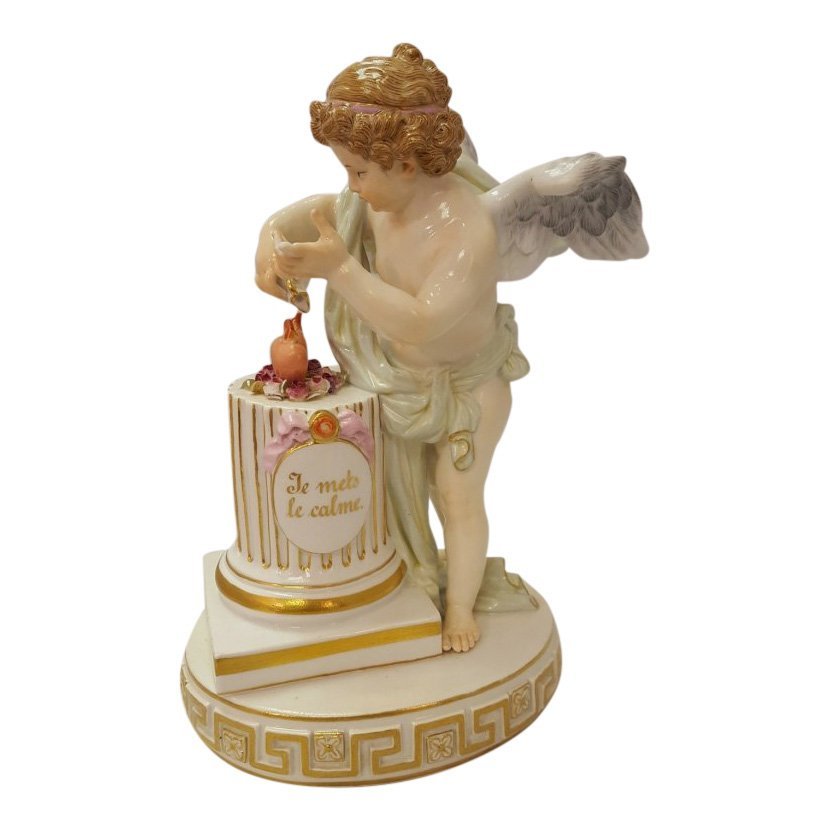 NEW YORK – Meissen figurines appear to be the top draw in a Jasper52 porcelain auction that will conclude Sunday, Oct. 16. Absentee and Internet live bidding on this 72-lot online-only auction is available exclusively through LiveAuctioneers.com.

Having the most bids prior to the start of Sunday’s 3 p.m. Eastern auction is a 19th century Meissen figure titled Cupid Anointing Hearts. The 7 1/2-inch-tall figurine is on its way to reaching the $1,000-$1,400 estimate.

Bidding has also been active the 8-inch-high Meissen figurine titled Cupids Under Tree. It has a $1,200-$1,500 estimate. 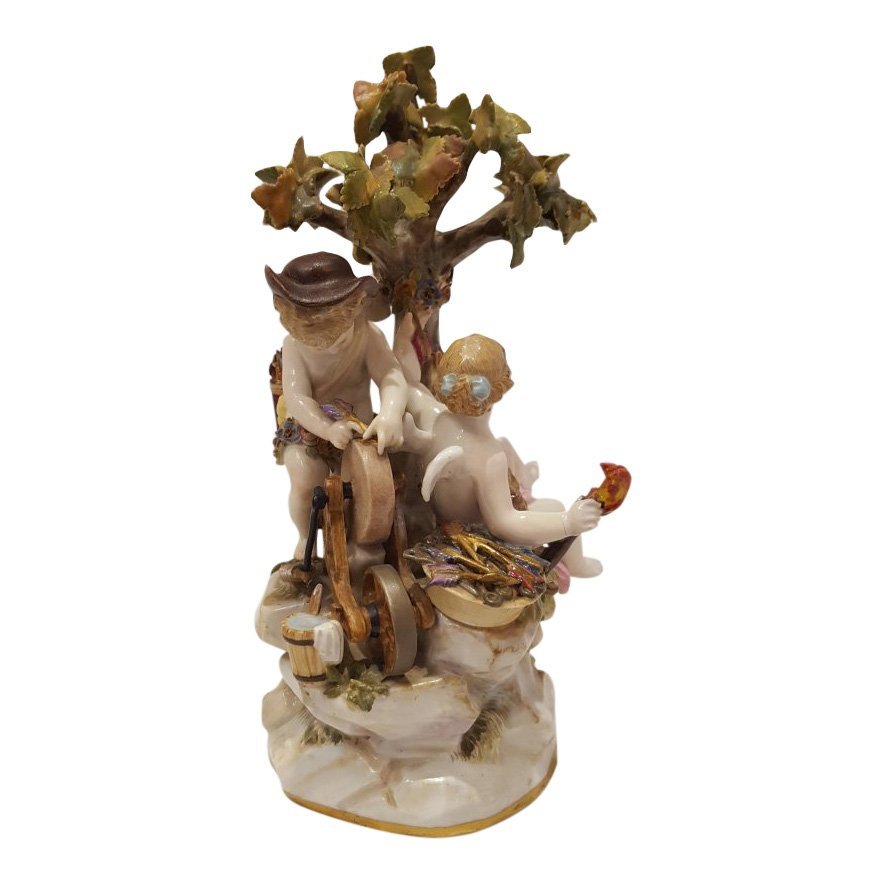 The Royal Saxon Porcelain Works was established in 1710 in Meissen, Saxony. It is credited with developing the first European hard-paste porcelain.

Also drawing attention in the sale is a 19th century porcelain cup and saucer by KPM (Royal Porcelain Factory, Berlin). Established in 1763 by Frederick II of Prussia in 1763, KPM is famous for its hand-painted porcelain plaques. 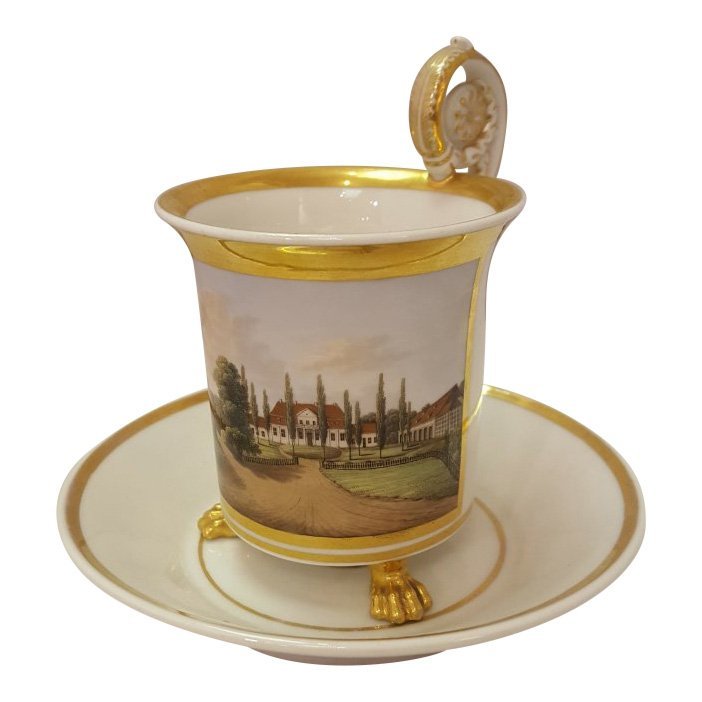 On the contemporary side, there are a few Lladro figurines in the sale, including a 7 3/4-inch example titled Winter. Introduced in 1984 and retired in 2001, it is one of Lladro’s “The Four Seasons” set. Lladro is a Spanish ceramics company based in Tavernes Blanques, Valencia, that produces porcelain figurines that have a distinctive style. 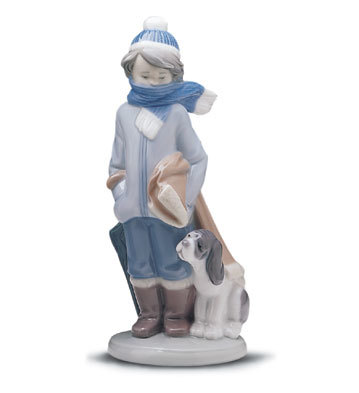 Two examples of Lalique, a famous French glassmaker, are in the auction. One is a 5-inch Dampierre crystal vase decorated with applied birds. 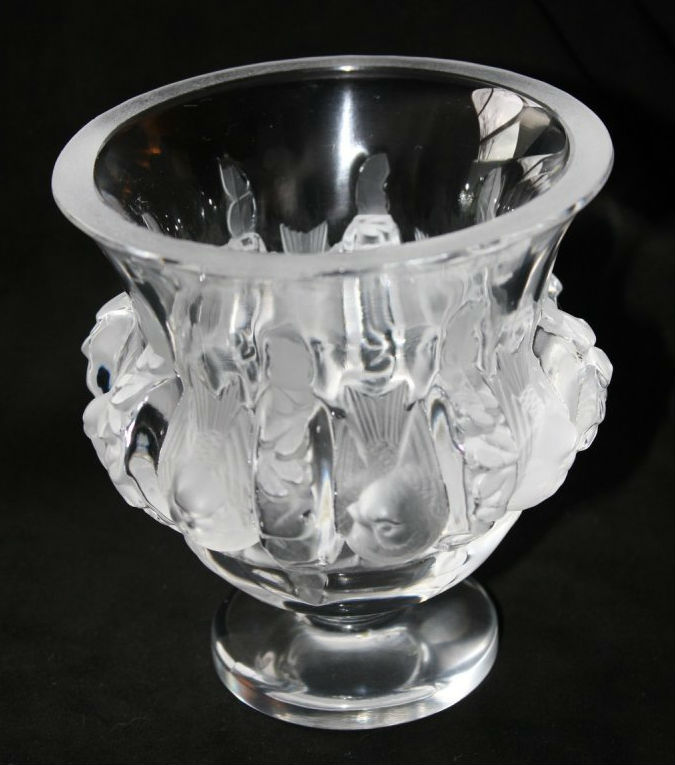 Bidding on all lots starts, or started, at $1.