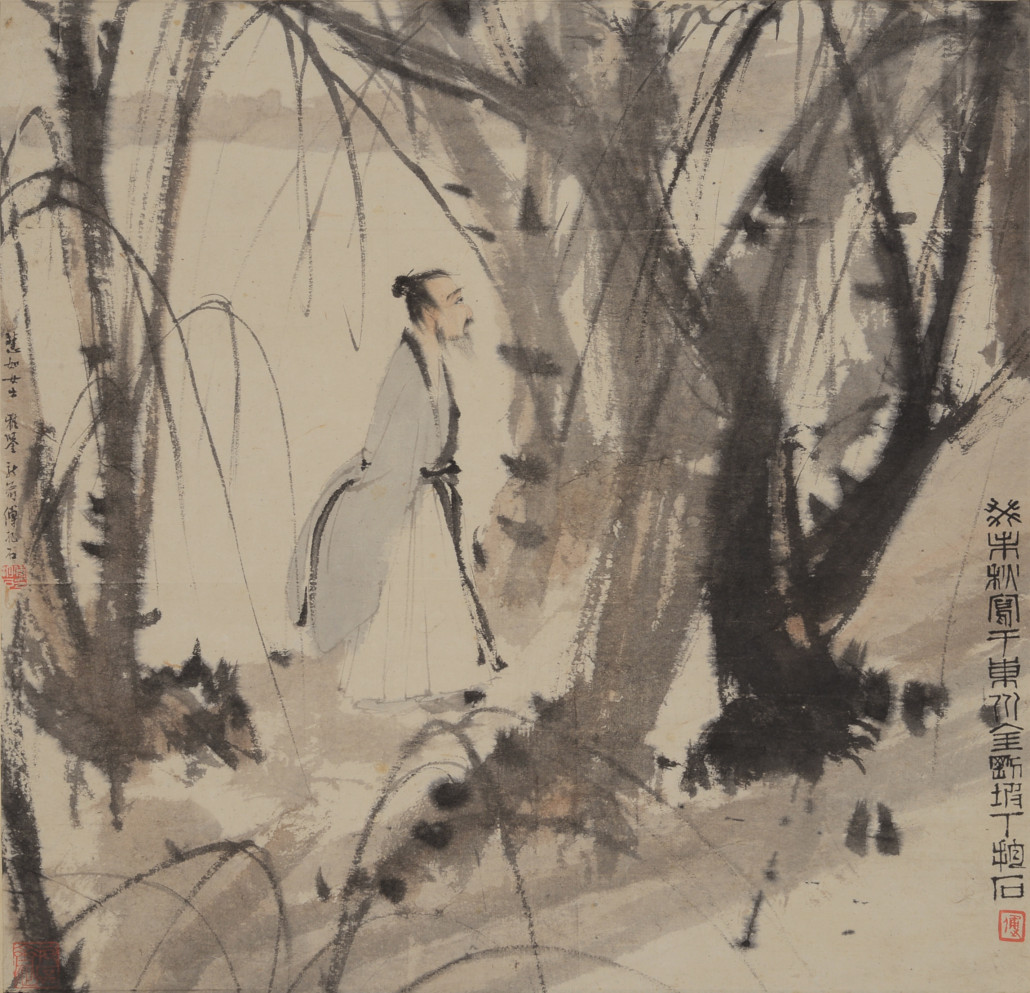 ALAMEDA, Calif. – Michaan’s Asian Fine Works of Art auction of Monday, Dec. 14, holds many prestigious works but none more highly anticipated than Fu Baoshi’s ink and color scroll titled Wandering Poet, which has an estimate of $200,000-$300,000.

Additional highlights include a white jade brush pot (below) of auspicious imagery of the Qianlong period at $200,000-$300,000, a substantial table screen estimated at $100,000-$150,000 and a superbly carved mythical horse of white jade projected at $30,000-$50,000. Joining these pieces at auction will also be fine porcelains, huanghuali furniture, remarkable textiles and various works of precious metals.

Fu Baoshi’s (1904-1965) paintbrush masterfully transforms a paper scroll into a candid snapshot of reflection in Wandering Poet. The scholar is depicted walking through an unmanicured, natural environment, with Baoshi’s strokes telling a deeper tale. The poet/scholar is created in more detailed, finely painted brush strokes than as seen in his surroundings, of wild and free strokes with areas of modulation. Baoshi’s hand whispers the Zen nature and refinement of the man, even while wandering the untamed natural environment.
However, the subject remains in harmony with the forest setting, which is further conveyed by the subdued color scheme that both share.

Fu Baoshi finished the piece with an inscription to the lower right denoting the year of 1943, the season of autumn, the location where the scroll was painted and an artist seal. The middle left-hand side of the painting bears a dedication to the consignor’s mother, Mrs. Shum Wai Yu, with another seal mark. The work reflects the individualist style the artist became revered for, an inventiveness and nonconformist creativity that has marked Fu Baoshi as one of the most important Chinese artists of the 20th century.

Fu Baoshi paintings to be offered at Kaminski Auctions, Sept. 21