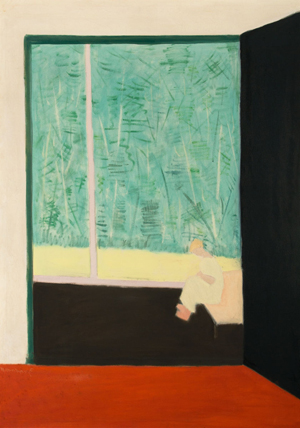 DALLAS – Milton Avery’s From the Studio, 1954, a tour-de-force from the artist’s most sophisticated and modern period, could sell for $800,000 or more in Heritage Auctions’ American Art Including Western, California and Golden Age Illustration auction May 10 in Dallas. LiveAucitoneers.com will facilitate Internet live bidding.

The genre-bridging auction celebrates the finest American artists of the last 200 years with works by Norman Rockwell, Andrew Wyeth, Sanford Robinson Gifford, Leroy Neiman and Millard Sheets, among others.

Avery’s From the Studio, 1954, has been in the same private collection since 1959, and has been featured in numerous exhibitions across the country, including the artist’s 1960 retrospective at the Whitney Museum of American Art. “This particular piece is a reflection of Avery coming into the fullness of his career,” said Brian Roughton, managing director of fine art at Heritage. “It’s arguably the best and most important 1950s Avery to come to market.”

Andrew Wyeth’s Wash Bucket, 1962, estimated at $120,000-plus, and Jamie Wyeth’s Patridge House, Monhegan Island, Maine, 1969, estimated at $70,000-plus, embody the most exceptional hallmarks of the father’s and son’s accomplishments in the arena of American Realism. With brilliant use of light and mastery of the watercolor medium, both works elevate everyday objects into complex narratives that represent the universal intricacy of the human experience. Partridge House, Monhegan Island and Wash Bucket are being offered by a private collector to benefit a charitable foundation.

Fulfilling its goal to represent the very best of American art across all collecting categories, the auction will feature Pierrot and Columbine, a Vanity Fair magazine cover from June 1915 by Frank Xavier Leyendecker, estimated at $20,000-plus, and Norman Rockwell’s 1940 advertising illustration for Schenley’s Cream of Kentucky bourbon whiskey, estimated at $30,000-plus. “Heritage has a long history of offering works by these artists, and in an auction honoring important American art they should be,” Roughton added.

A collection of four works by Leroy Neiman is led by Roulette II, 1970, which was recently discovered hanging in an Italian restaurant in North Carolina. The work was published as a print by Knoedler in 1975 and depicts a diverse group of vibrant figures, exemplifying the artist’s fascination with social class and human behavior. Roulette II is expected to fetch more than $100,000.

“This auction truly is a who’s who of collectible American art, and you only have to look at the diversity to see why,” Roughton said. “Sanford Robinson Gifford’s A Sketch at the Camp on the La Bonté, Wyoming Territory, 1870, is a well-documented work executed in appreciation of the new terrain the artist encountered after joining an expedition into the Rocky Mountains.” The painting appears with a $40,000-plus estimate.

Among the selection of California art on offer is Millard Sheets’ Desert Spring Textures, 1967, executed a year prior to the artist’s conception of murals designed for Los Angeles City Hall. “Sheets brilliantly transfers his abilities as a muralist onto paper with his mosaic-like brushwork and grand landscape,” said Alissa Ford, director of California art at Heritage. “The sky is grand and luminous and looks as though as if it were constructed of numerous pieces of light-infused glass. It is truly a premier example of Sheets’ abilities.” The work is estimated to sell for $20,000-plus.

Leading the works by Western artists are Henry Balink’s Indians on Horseback, estimated at $15,000-plus, and Appeal to the Great Spirit, by Cyrus Edwin Dallin, estimated to sell for $30,000-plus. “Appeal to the Great Spirit is the most iconic image of the American west that Dallin crafted in bronze,” Ford said. “His treatment of this cast displays a sensitivity and empathy for the displaced Sioux tribes that was quite progressive for its day. 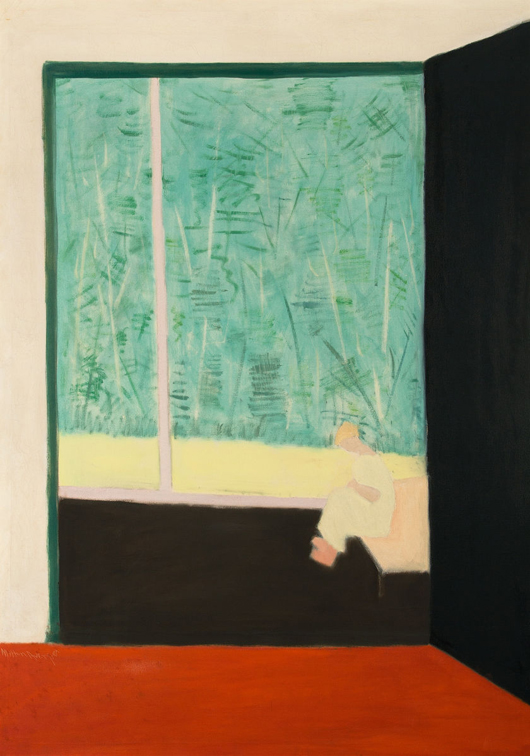 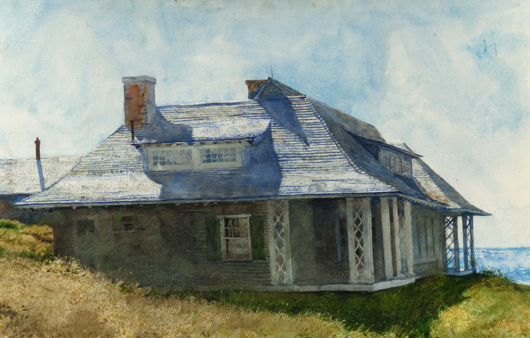 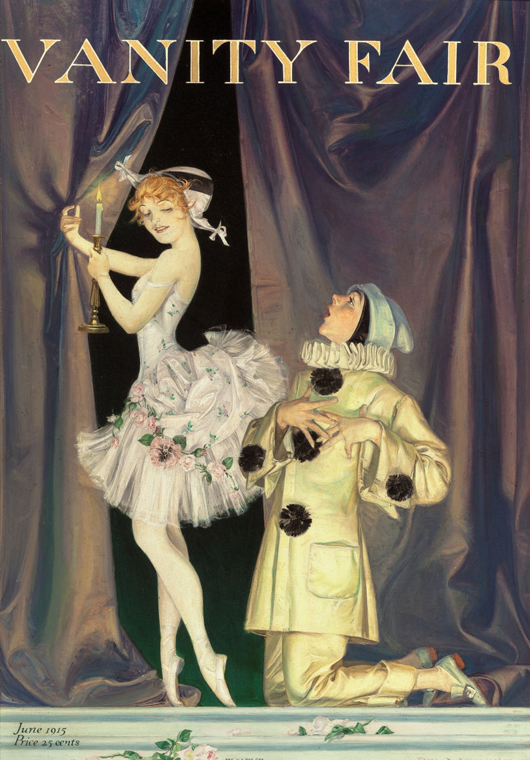 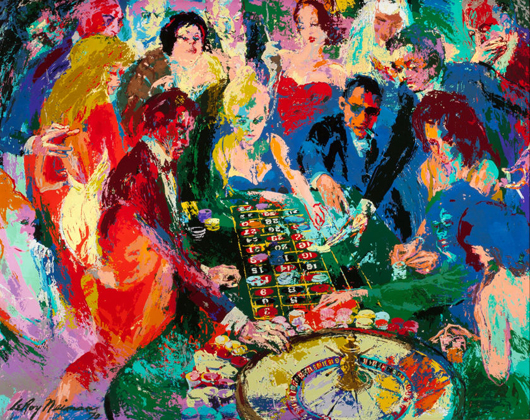 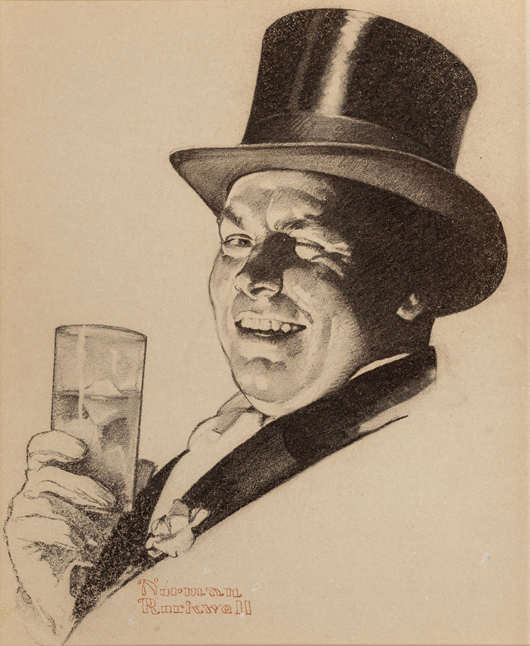 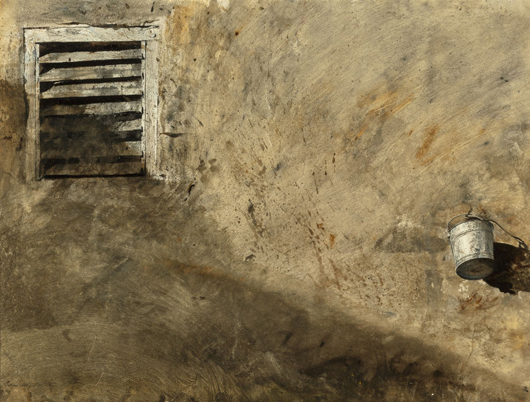 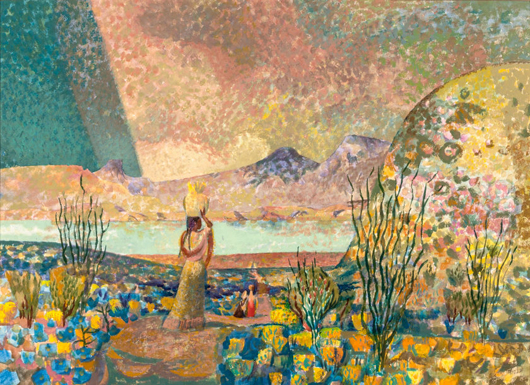