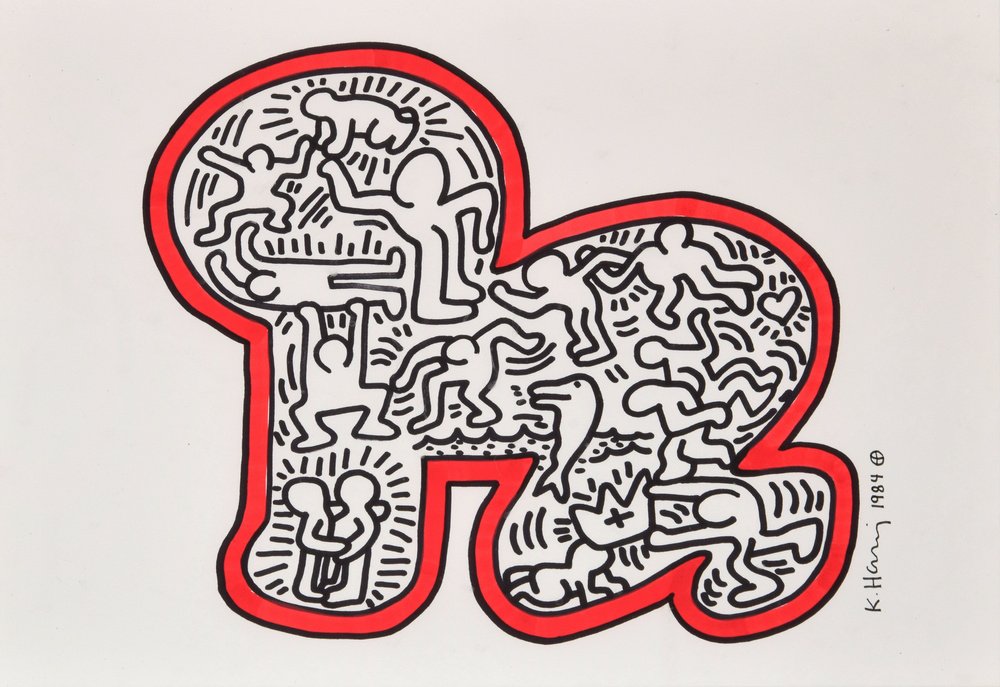 The work by Keith Haring (above) is an original gouache and ink on paper that measures 11½ by 16 inches and depicts a crawling baby rendered in classic Haring style. It was formerly in the collection of Dorothy Blau, a legendary Miami contemporary art dealer who was influential in the development of many now-famous artists’ careers. Blau received the artwork as a gift from Haring himself. It is estimated at $7,000-$9,000.

Prior to Roth’s ownership, the Robert Rauschenberg (American, 1925-2008) mixed-media painting in PBMA’s sale was part of a private collection in Nevada. Its owner had received the artwork as a gift directly from Rauschenberg. Described as a solvent transfer and acrylic on silk-covered Japanese board, it is signed and dated 1986. It is registered in the Robert Rauschenberg Archives and will be offered with a $4,000-$6,000 estimate. 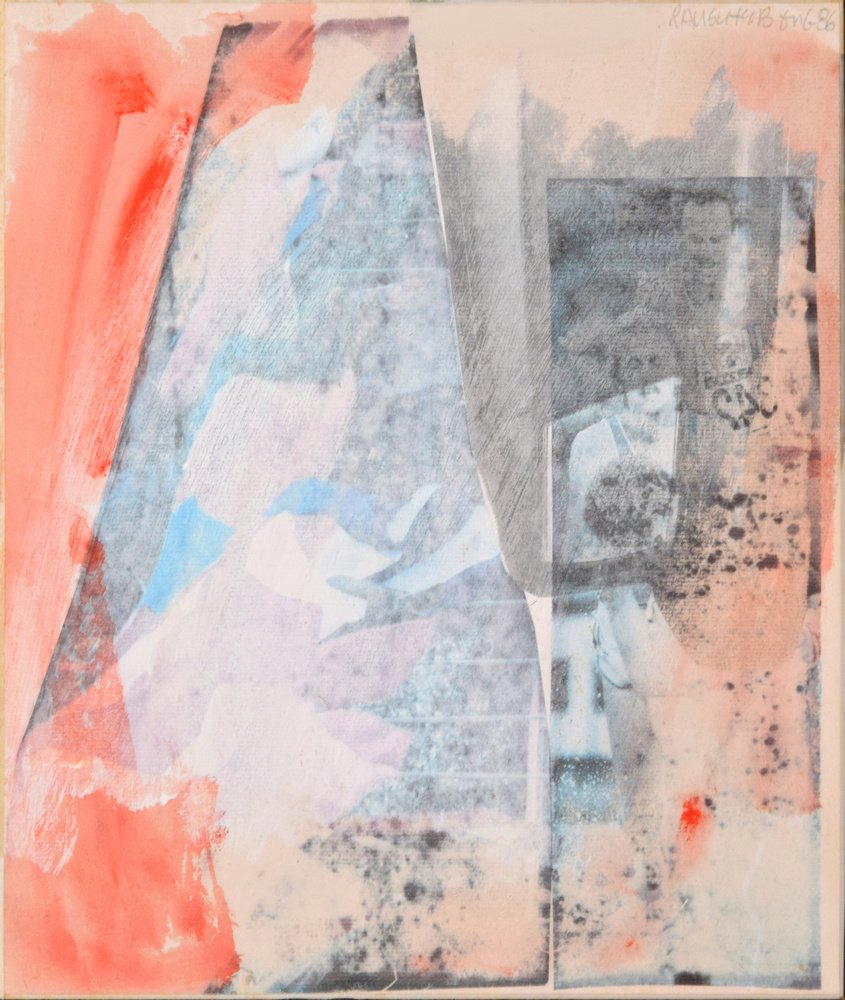 Also from the private collection of Wolfgang Roth is a Monet oil painting titled Chemin De La Cavee Pourville, (Path At Pourville). Exhibited in 1983 at La Societe des Impressionnistes, Paris, the artwork will convey with a copy of an expert analysis from two chemists stating that all painting materials detected in the painting were known around 1880 and widely used by artists as colorings. 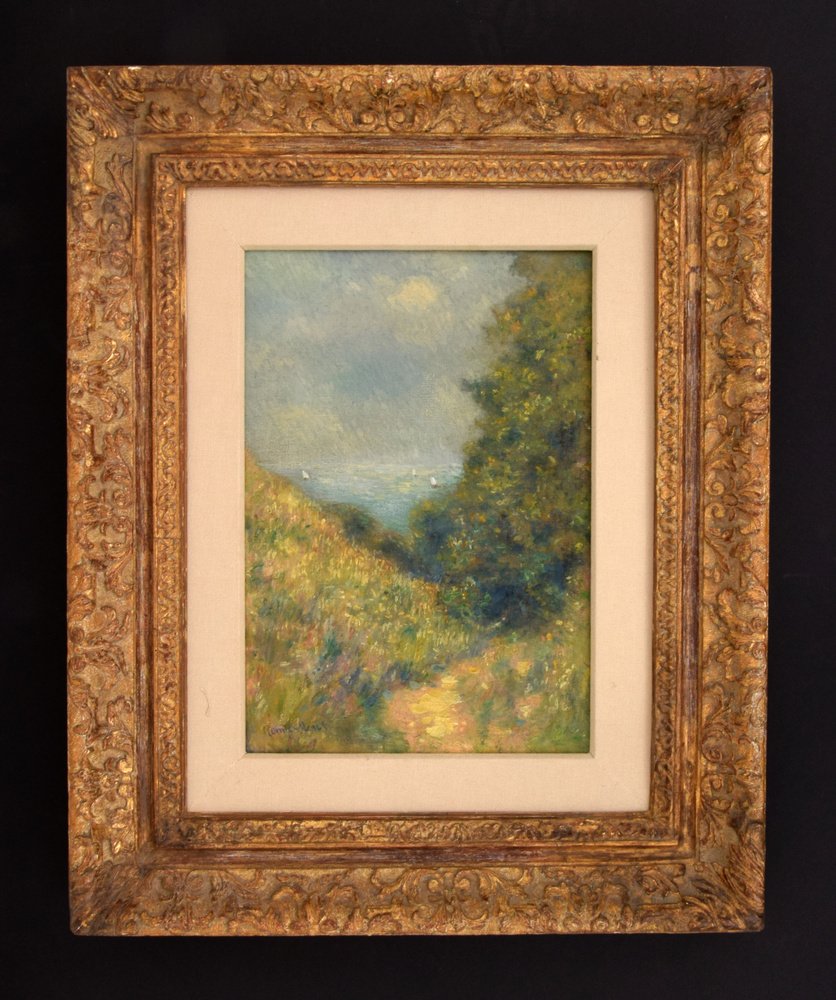 Four paintings by Mario Carreno (Cuban/American, 1913-1999) are included in the catalog, each with Carreno-family provenance and a $20,000-$30,000 estimate. Among them is Flower Girl, a mixed-media-on-board dated 1944. It previously resided in the collection of Ida Gonzales de Carreno, widow of the artist. Carreno’s signed 1945 work titled Woman in Landscape is a masterful mixed-media depiction of a nude woman and animals in a lush, Garden of Eden-type setting. 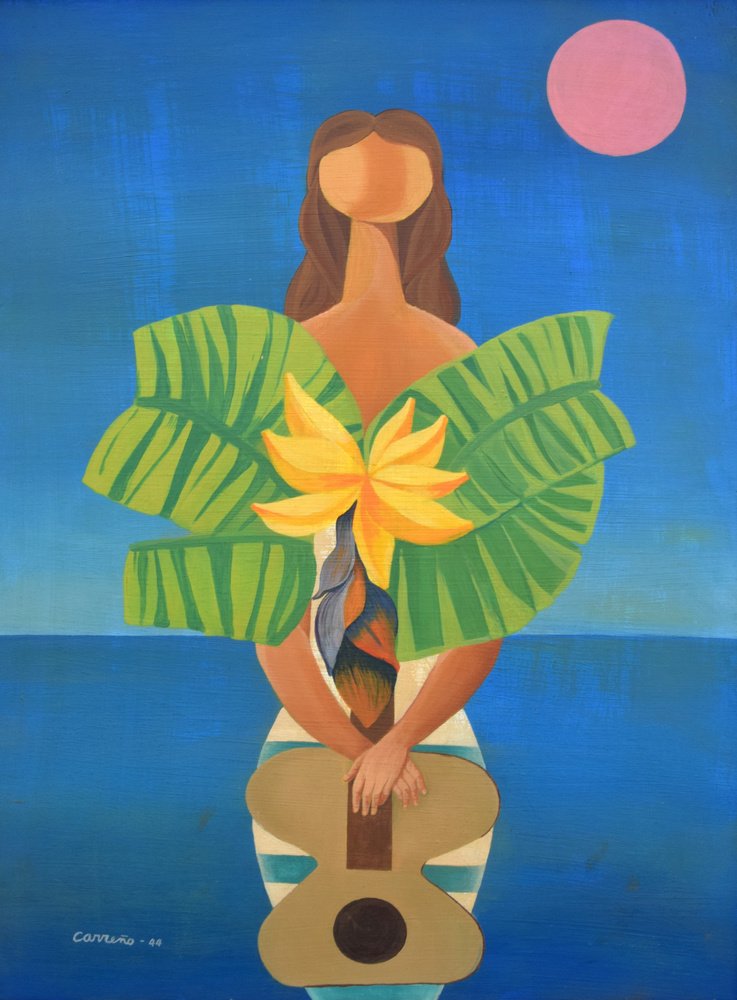 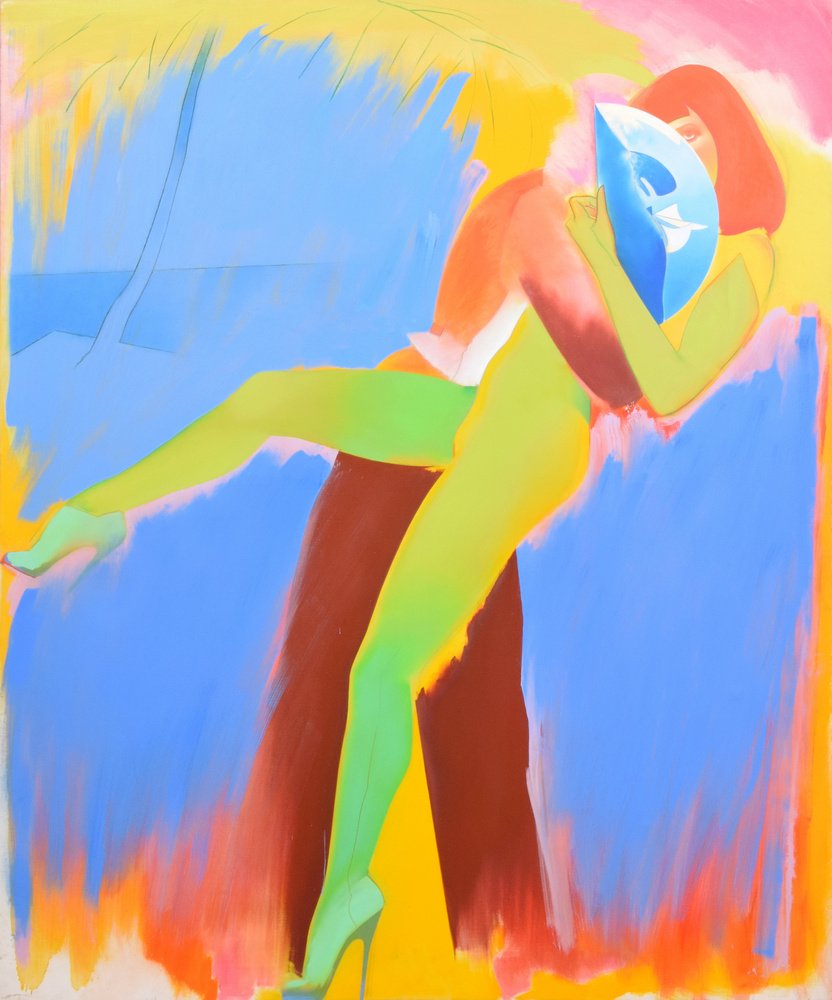 Jones’ Acrobat Sculpture II, acrylic on wood, is a colorful depiction of a performer executing a handstand while balancing a ball on the tip of his toe. It stands 27 inches high and is expected to reach $10,000-$15,000. 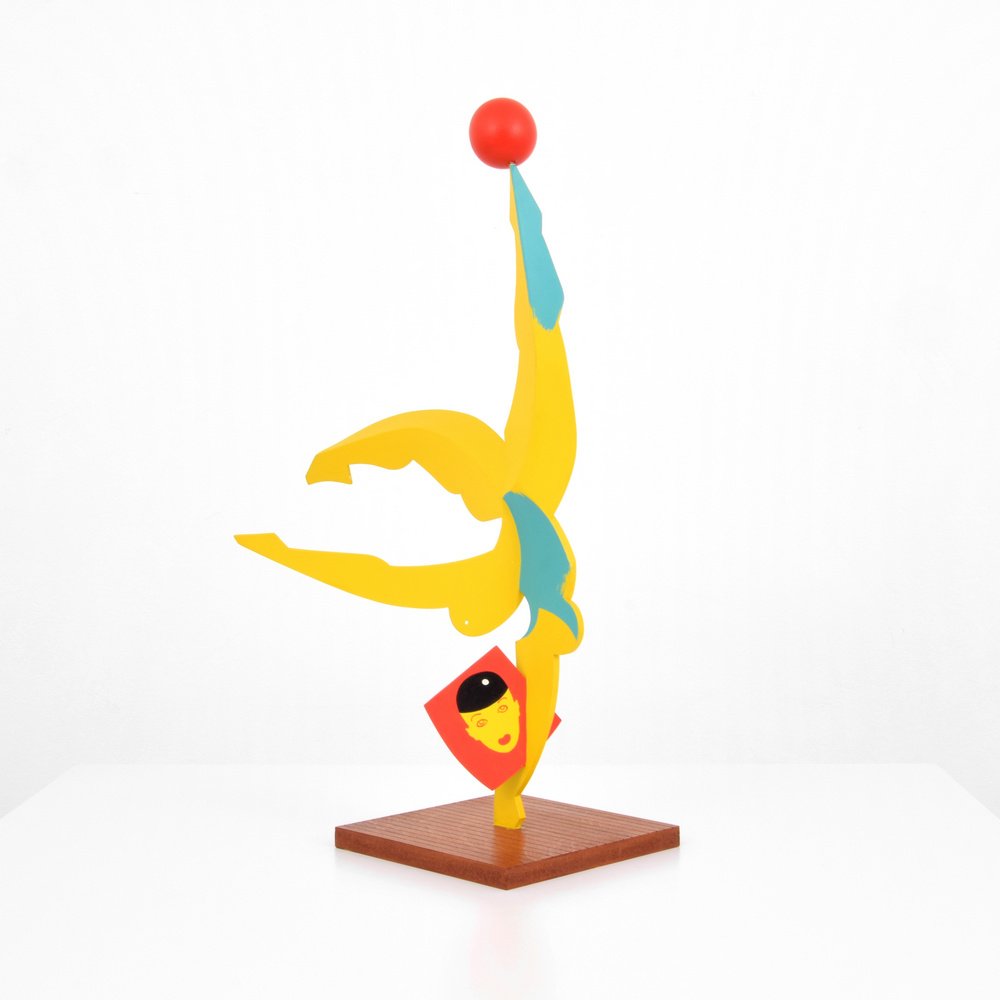 Edward Ruscha (American, b. 1937-) is represented in the sale by five coveted books – including a signed first edition of Various Small Fires (1964) – and two posters, one of which is for his 1993 “Romance with Liquids” exhibition at the Gagosian Gallery in New York. 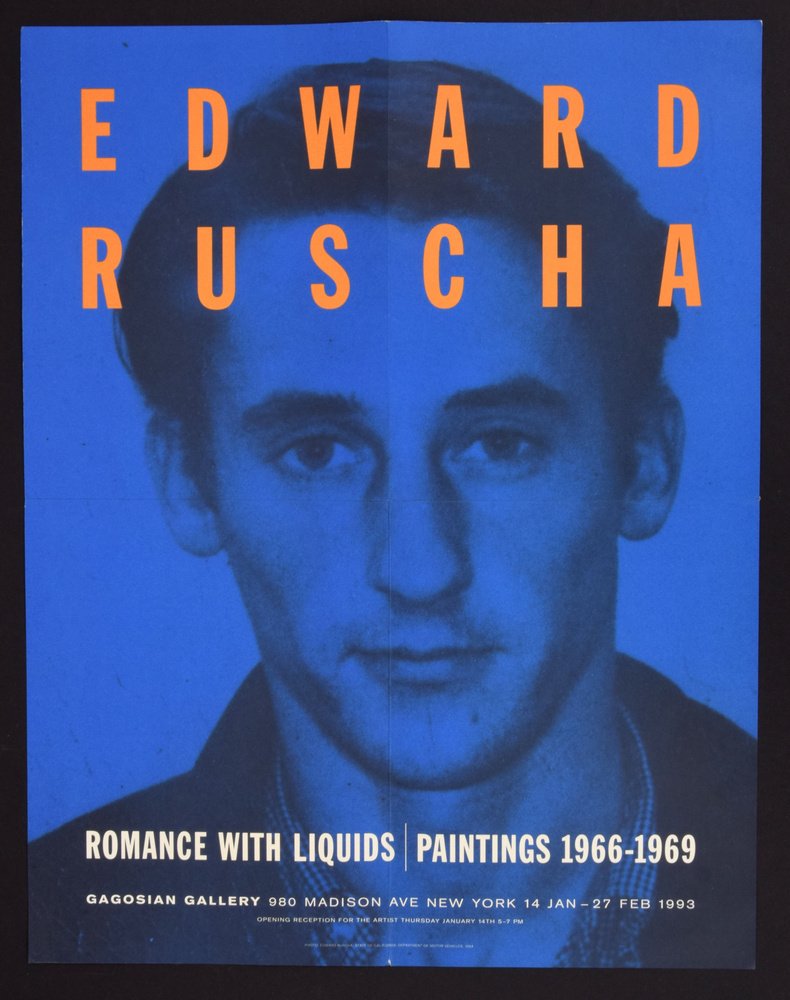 The Saturday, Dec. 17, 2016 auction will commence at noon Eastern Time, with Internet live bidding through LiveAuctioneers. For additional information on any item in the sale, call 561-586-5500 or e-mail info@modernauctions.com.