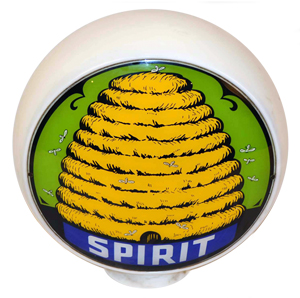 PEOTONE, Ill. – Collectors won’t need to honk the horn for service at Morphy’s Feb. 28 Petroliana auction – all they’ll need to do is raise their bidding paddles on any of 600 choice lots of antique and vintage gas, oil and automotive-related items. The specialty auction will be held at the Will County Fairgrounds in Peotone, Illinois, two days prior to the popular Chicagoland Petroliana & Advertising Show, which is held at the same venue. It will be the first sale to reflect Morphy’s acquisition of Matthews Auction Company, whose employees are now part of the Morphy Auctions team. As is the case with all of Morphy’s major auctions, Internet live bidding will be provided by LiveAuctioneers.


“Dan Matthews, who founded Matthews Auctions, built a terrific following for petroliana in the Midwest, and his Peotone auction has been credited with playing an important role in the strong attendance at the Chicagoland Petroliana show. We hope to continue building on that success, starting with our February 28th sale under Dan’s supervision,” said Morphy Auctions CEO Dan Morphy.

Encompassing everything from oilcans to porcelain and metal gas and automotive signs and even full-size gas pumps and globes from the filling stations of yesteryear, the auction will also feature a special highlight: Part I of the John Jarvis collection of gas-pump-shape salt and peppers. Produced from the late 1940s through 1960s as premiums for customers, each of the functional dispensers has the name of a gas station on its back. Auction estimates on the diminutive figural sets range from $100-$120, to $1,000 or more for rare examples issued by Humble and Hancock stations.

The sale will open with 16 lots of quart-size oil cans, the best of which is a Golden Flash can estimated at $2,000-$3,000; then move into signs, gas pump globes and a second helping of signs. “My past sales have been heavily sign oriented, since that’s what most collectors want,” said Matthews. “For every globe collector, I’d say there are probably 25 to 50 sign collectors.”

Among the auction’s top signs are a rare, double-sided porcelain sign for Harbor Petroleum Products. It is the first double-sided variation Matthews has ever handled, as well as the nicest one he has ever seen. It carries an estimate of $40,000-$60,000. A Wyeth Tires curved, single-sided porcelain sign with the image of a boy dressed as an early driver inside a stack of tires is expected to make $20,000-$30,000; while an appealing Bruinoil Gasoline (northwest Pa.) tin flange sign graphically emblazoned with a bear emerging from a lake is estimated at $15,000-$25,000. Matthews remarked that any Brunoil signs he had seen in the past were restored, but the one to be auctioned on February 28th is original and the finest example he has ever encountered.

The advertising lineup continues with an Oilzum Motor Oil double-sided tin sign with familiar “Oilzum Man” logo, $5,000-$8,000; and a Mother Penn Motor Oil neon sign with the company’s “motherly” figure at its top, $12,000-$15,000. Approximately 10 tractor signs are entered in the sale, representing such companies as Case, Cletrac and John Deere (neon).

Several automotive signs will be offered, including a particularly nice Hudson Parts & Service sign, with Hudson logo, $4,000-$5,000; an early spoked-wheel Studebaker sign, $1,500-$2,000; and a superb double-sided Cadillac LaSalle Authorized Service sign with lighted hood, $10,000-$15,000. “Back before neon caught on, they would install a hood above a sign and put a light inside it,” Matthews explained. “This is the first one of its type that I’ve sold.”

An attractive Spirit Gas globe with the firm’s distinctive beehive logo leads the 125-lot selection of gas pump globes and is valued at $10,000-$15,000. Another desirable animal-theme logo is seen on the Buffalo Gasoline globe in the sale. Although a single-lens type, the globe’s appealing, uniquely American depiction of a buffalo running in a field should boost its value to $4,000-$5,000.

A new discovery sure to entice collectors is a “Use Grasses Red Hat Gasoline” globe with a star-spangled red hat logo. “This is a very rare item from an early independent company,” Matthews said. “Unfortunately, Standard Oil sued Red Hat over the logo, which they had to change to an Art Deco thunderbird, but the litigation put them out of business.” The Red Hat globe could fetch $6,000-$8,000 at auction.

Although not petroliana related, several vintage cardboard displays, a Victor Records porcelain sign and a jukebox trade sign are included in the auction, as well.

“There won’t be any pain at the pump during this sale,” said Dan Morphy. “Dan Matthews has brought his tradition of offering only the rarest and most desirable petroliana to his new home at Morphy’s. We’re very excited about hosting the February 28th auction and meeting many of the customers who’ve bid in Morphy’s advertising sales over the years but whom we had never had the pleasure of meeting personally. It’s going to be a lot of fun for everyone.”

The Friday, Feb. 28 auction will commence at 10 a.m. Central Time/11 a.m. Eastern Time. For information on any item in the sale, call Dan Matthews tollfree at 877-968-8880 or email matthews@morphyauctions.com. Visit Morphy’s online at www.morphyauctions.com. 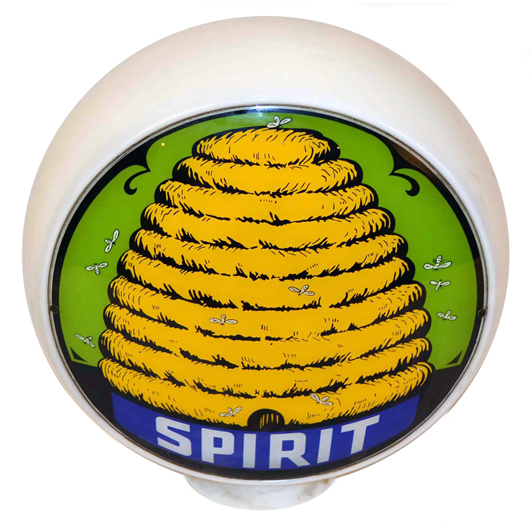 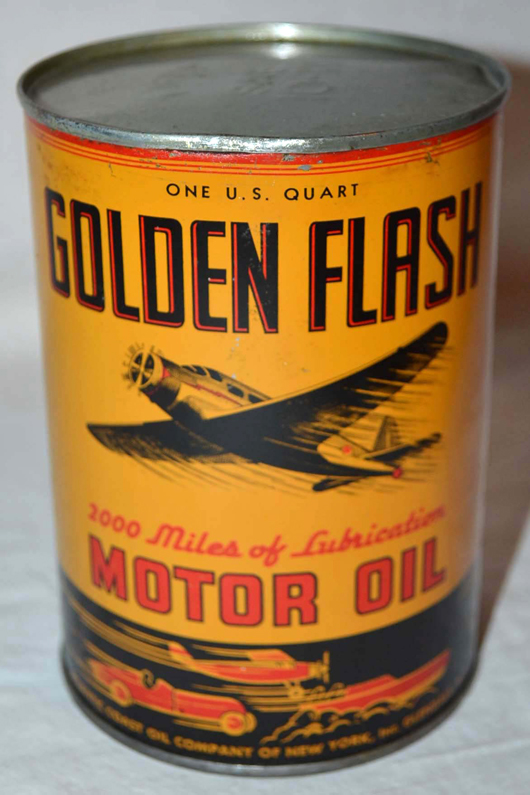 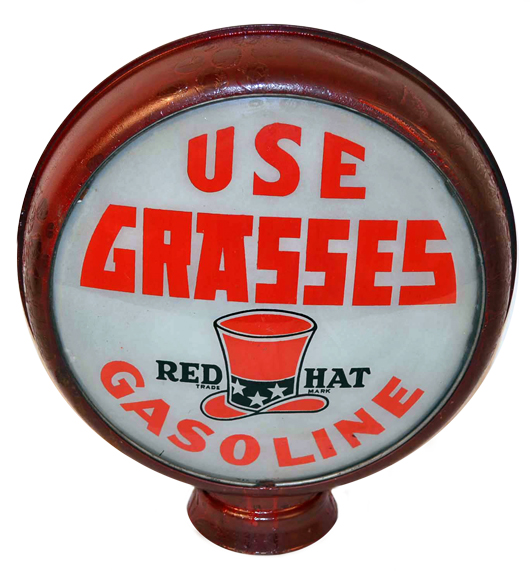 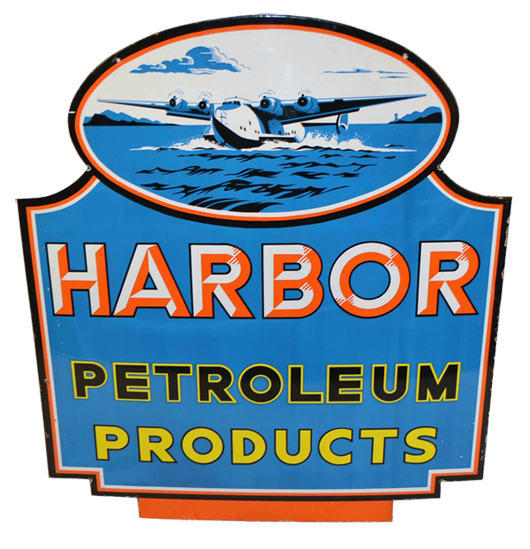 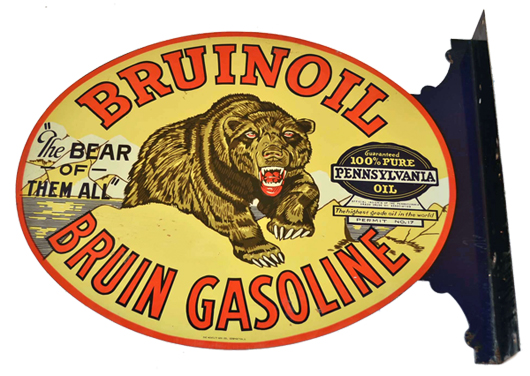 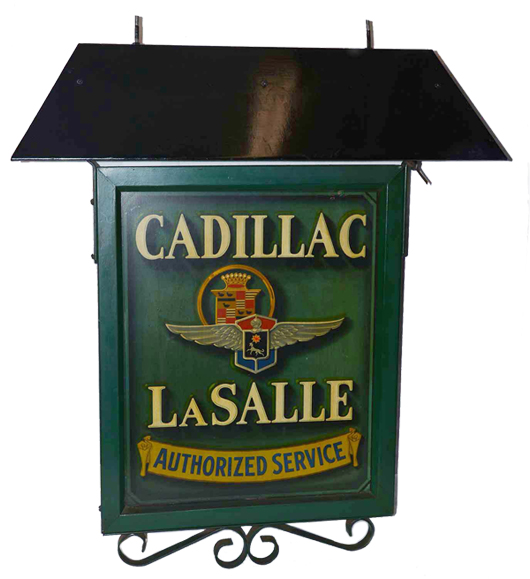 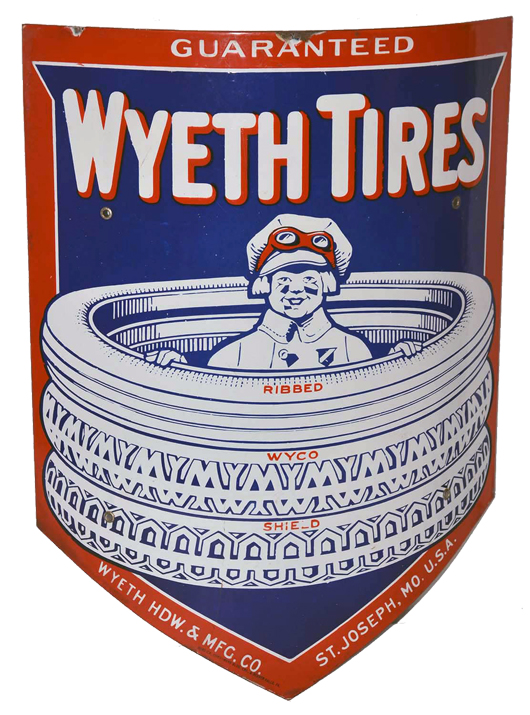 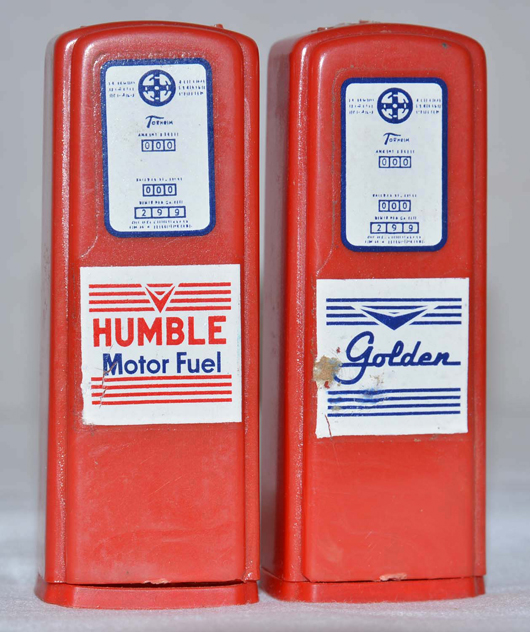 Major works of art to be offered at Clars auction Feb. 16
Scroll to top