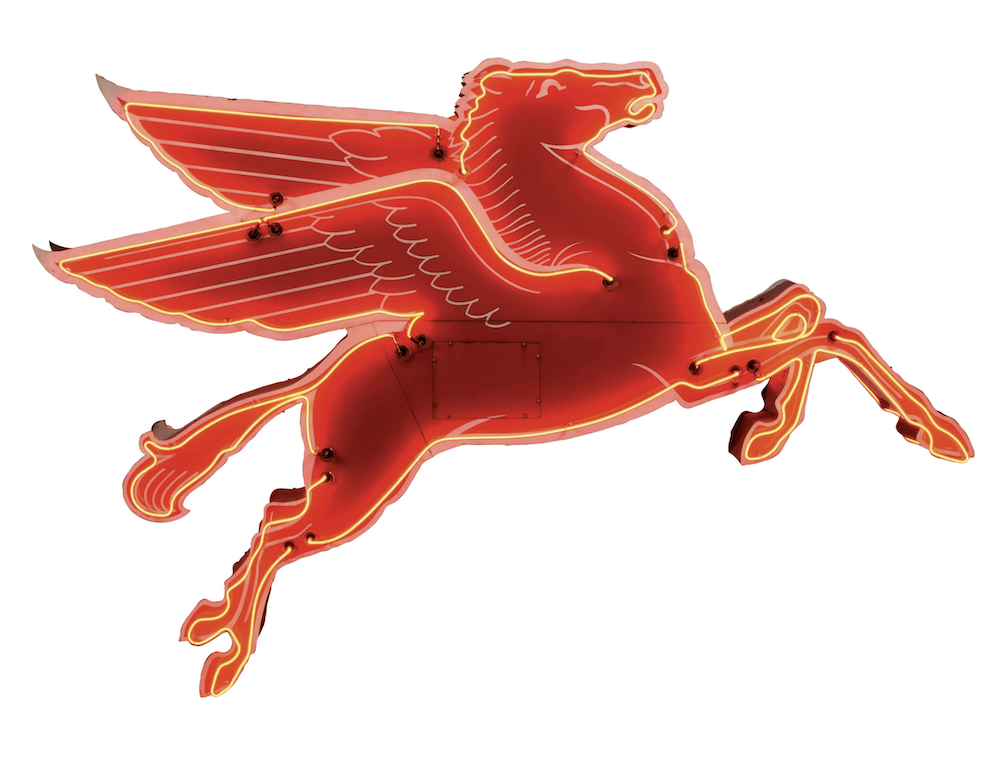 DENVER, Pa. – From May 11-15, Morphy’s will host a collectors marathon auction series featuring selections from several of today’s most popular collecting categories: antique and vintage coin-ops/music machines; advertising, petroliana/automobilia, and railroadiana. To accommodate the vast selection – more than 3,400 lots in all – the auction will span five consecutive days, with absentee and Internet live bidding available through LiveAuctioneers.

Dan Morphy explained that the common thread throughout the sale is amusement in its many forms and the American way of life. From riding a newly outfitted Pullman coach during the golden era of train travel to experiencing the thrill of visiting a 1960s automotive showroom to test-drive a new car, these experiences are documented for posterity in the rare signage, branded memorabilia and mechanical antiques offered in Morphy’s mid-May event.

“We know that collectors who bid in our sales go for what’s visually appealing and very often will explore crossover categories,” Morphy said. “They like color and great condition in addition to rarity and historical significance. We thought it would be fun to create a five-day sale focused on compatible categories that are highly visual, but with each day covering its own specific category so bidders can choose which sessions are of special interest to them. It’s the first five-day sale in Morphy’s history and the first to combine this many major categories. So far, the feedback has been tremendous. Collectors are eager to put the pandemic behind them and get back into their hobbies in a big way.”

On Day 1, a 9 a.m. boarding call will be issued for railroadiana fans as Morphy’s rolls out 937 quality lots, including train and station signage, lanterns, whistles, bells, clocks, waiting-room furniture, and every imaginable item used in transit, from railroad-branded dining car tableware to smoking accessories. A gorgeous reverse-on-glass advertisement promotes Great Northern Railway’s “‘2 Great Trains,” the Empire Builder and the Western Star. Measuring 79 7/8 by 31 by 22 inches, the sign was spared from demolition around 1959 when a Great Northern employee in Washington state rescued it. The pre-sale estimate is $75,000-$150,000. 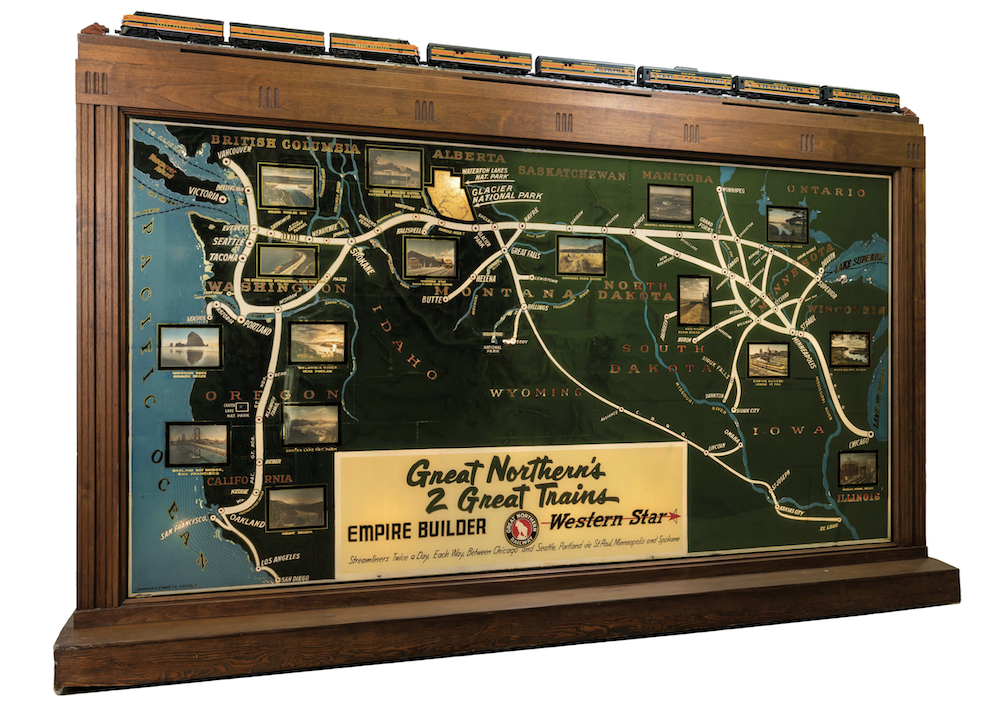 Another sensational reverse-painted sign was issued by the Rock Island Railroad and features mother-of-pearl and turquoise inlays all along the length of the locomotive. A great American landmark, Pike’s Peak, is shown in background. One of few known examples, and in 9.0 condition, this sign measures an impressive 85½ by 22½ inches. Estimate: $20,000-$40,000.

May 12 and 13 will be devoted entirely to antique and vintage advertising, petroliana and automobilia. A fitting mascot for the sessions would be the rare and outstanding Mobil Pegasus double-sided porcelain rotating neon sign (shown at top of page). The massive flying horse, which measures 82 by 108 inches, boasts excellent condition on both sides and is marked “T-52.” One of very few such signs known to exist, it easily warrants its $30,000-$60,000 estimate. 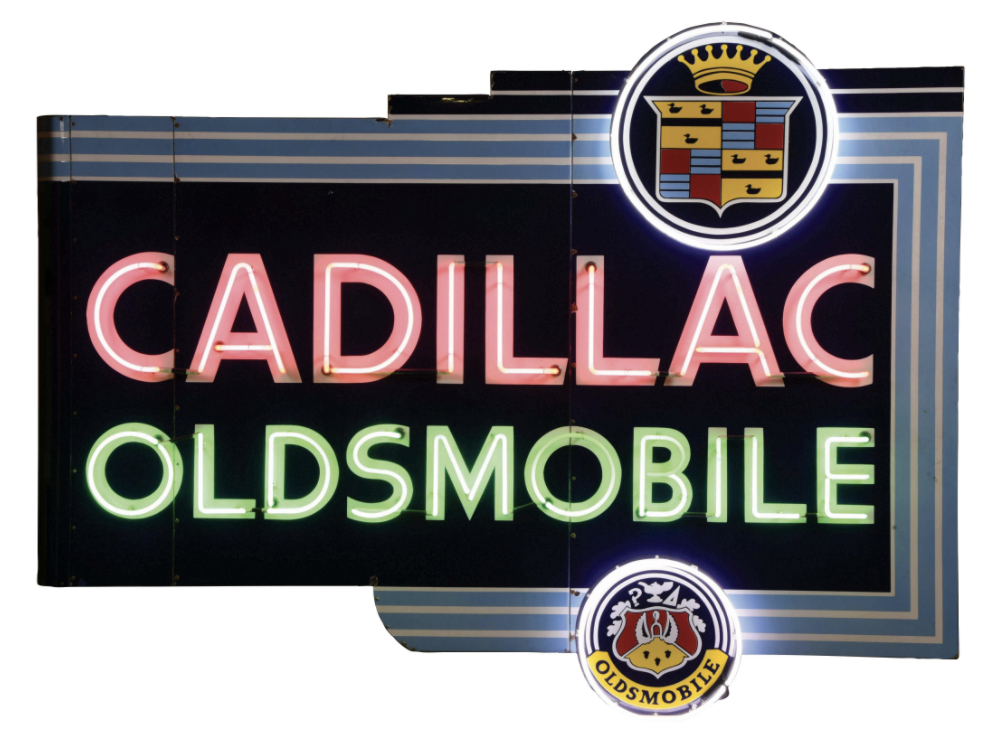 An eye-catching die-cut porcelain neon dealership sign advertises both Cadillac and Oldsmobile brands. This very desirable sign with a bullnose attachment is graded 8.75+. Its six pieces of porcelain are mounted on the original can, and the overall size is 108 by 82 inches. With excellent color and bright glowing neon, it is expected to reach $15,000-$25,000 at auction. 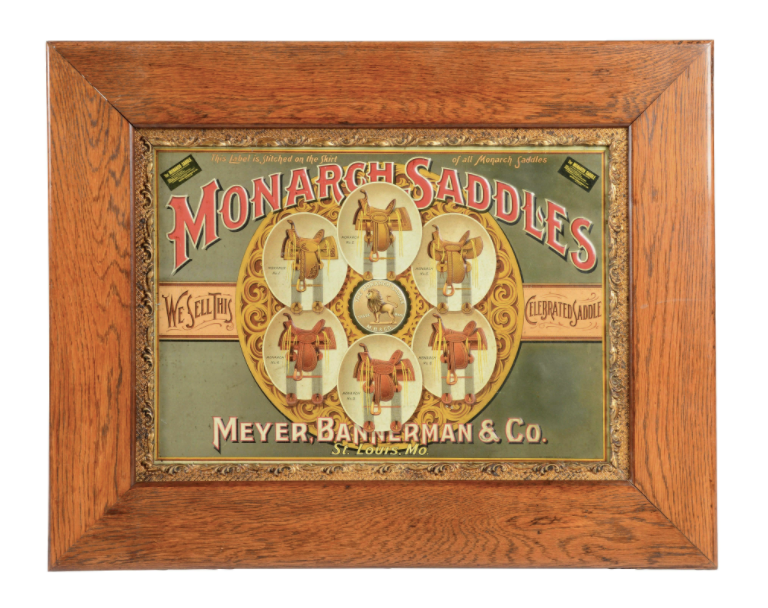 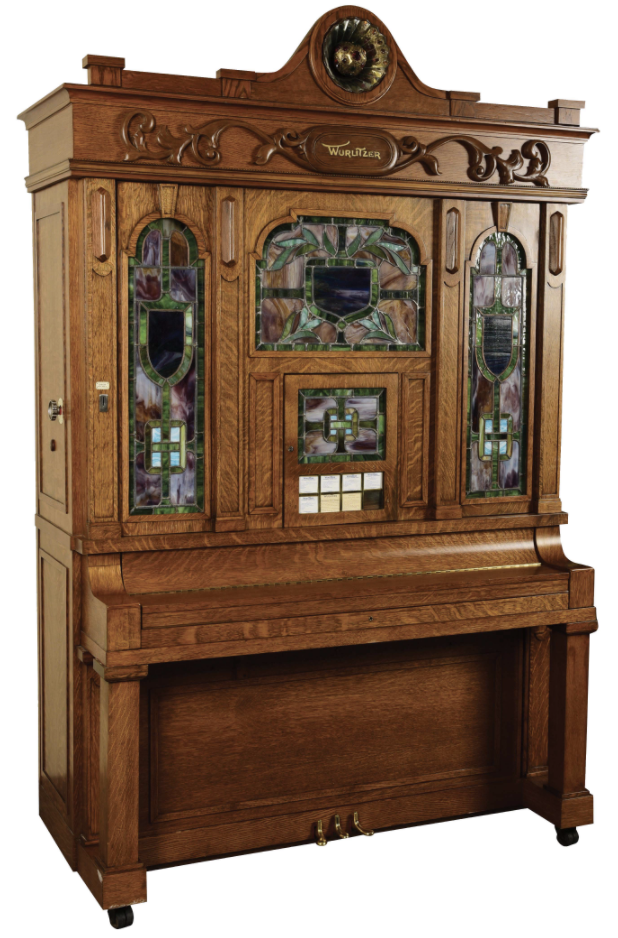 On May 14 and 15, Morphy’s gallery will resonate with the exhilarating sounds of mechanical music in sessions that also include coveted antique coin-operated arcade, vending, gambling and slot machines. Leading the musical parade is a Wurlitzer Model BX quartered-oak Orchestron with 76 flute pipes, piano, mandolin, triangle, and both bass and snare drums. Unlike any other band organ of its time, it was designed with a novel automatic-roll changer. Estimate $50,000-$100,000. Another top prize is a Polyphon Style 100 automaton and disc music box, whose production run was from the 1890s to the early 20th century. It incorporates within its design a Style 103 terracotta figure of a Savoyard boy, who holds the crank as though playing the music. Equipped to play 15¾-inch discs, this unit is estimated at $15,000-$30,000.

Forty-six slot machines are entered in the sale, including an exquisite 1899 Mills Novelty Co. (Chicago) duplex upright floor-model 5-cent machine. Housed in a handsome nickel-plated light-oak cabinet, this machine was ingeniously designed to accept up to 10 nickels per pull. Its pre-sale estimate is $50,000-$80,000.

Who doesn’t have a fond memory of going to the supermarket with Mom or Dad and begging to ride a coin-operated horse, comic character, motorcycle or other vehicle? Morphy’s will revisit those bygone days with a classic Bally 10-cent Spaceship “Rocket Ride.” The bright red, yellow and blue spacecraft is 100% functional. It has illuminating headlights and taillights, and is equipped with a joystick that “fires” rockets. The pre-sale estimate is $20,000-$30,000. 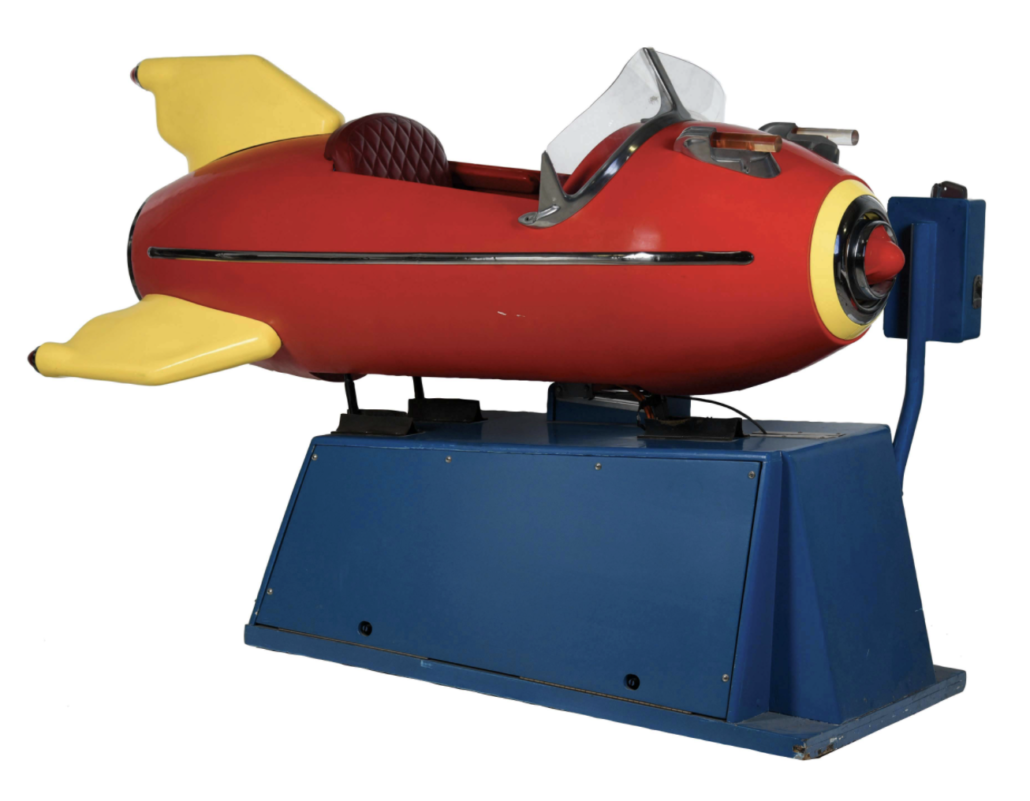 Morphy’s Tuesday through Friday, May 11-15, 2021 auction will start each day at 9 a.m. Eastern Time. Bid absentee or live via the Internet through LiveAuctioneers. For additional information on any item in the sale, call 877-968-8880 or email info@morphyauctions.com.

Neon art lights up the night