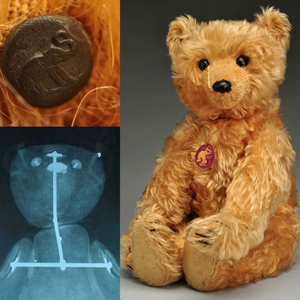 Many of the dolls to be auctioned came from the collection of the late Lorraine Schoenthaler, a well-known collector from New Jersey.

“Mrs. Schoenthaler was known for her Schoenhut dolls. There are more than 50 of them in the sale,” said Morphy’s doll and teddy bear expert Jan Foulke. Within the grouping are molded-bonnet and carved-hair types; character dolls, dolly faces, babies and a mama doll, among others.

The Schoenthaler collection also includes German character dolls, babies and Polly Heckewelder dolls, which are rag dolls that were made by the Moravian Church Ladies Society in Bethlehem, Pa., as far back as 1872. Foulke said the desirable Pennsylvania folk dolls are still being made from old patterns and that the examples in the Schoenthalter collection range from early productions to later ones.

While the auction summary reveals a broad chronology of doll production, the main focus of the sale is antique dolls. Highlights among the French dolls include an all-original Steiner Gigoteur, an E.J., and a portrait Jumeau.

An outstanding array of character dolls has been cataloged. A very unusual 14-inch Simon & Halbig bisque doll depicts a man with long curly hair, a moustache and a large hat. Its owner added a tag that said it was “Rembrandt from Holland,” and that it was a gift. Foulke said the doll appears to be an unmarked Model No. 1308, which is “a very rare number from around 1910.”

Another Simon & Halbig highlight is a No. 153 bisque boy dressed in a pink suit, nicknamed “Little Duke.”

A K*R No. 114 boy doll is unusual in that it has flocked hair and glass eyes. Most dolls with that model number have wigs and painted eyes.

Bisque babies include Tynie Babies, a Century Baby, Newborn Baby, Seigfried, Bye-los, a 2-faced Kley & Hahn doll, and many others.

Many artist dolls will be up for bid. Designers represented in this section of the sale include Martha Thompson, Martha Armstrong Hand and Dewees Cochran. Additionally, the auction inventory features a collection of Hitty dolls.

For those who collect America’s favorite teen fashion doll, Barbie, there will be 25 lots of very nicely preserved examples. Highlights include a boxed No. 1 Barbie with blond ponytail, in very fine condition; a No. 4, a No. 5, and group lots.

The most highly prized of all bears in the sale is a circa-1904 Steiff 20-inch rod bear. The bear is accompanied by an X-ray that visually confirms its interior rod construction, as well as a Teddy Bear and Friends magazine calendar illustrated with pictures of this particular bear. It is described in Morphy’s auction catalog as being one of the nicest, if not the nicest known example. Estimate $25,000-$50,000.

Jan Foulke summarized the sale’s contents as being “nice, fresh dolls – most coming from a single consignment – together with rare teddies and an excellent variety of other dolls to please even the most particular collector.”

The auction will take place on Saturday, Nov. 12, commencing at 10 a.m. Eastern time. For additional information on any lot in the auction, call Morphy’s at 717-335-3435 or e-mail serena@morphyauctions.com. 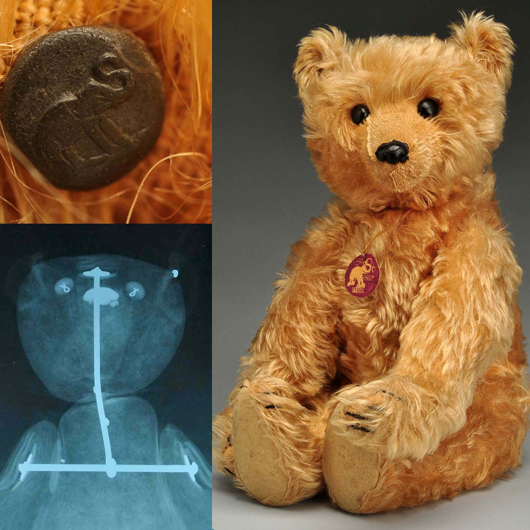