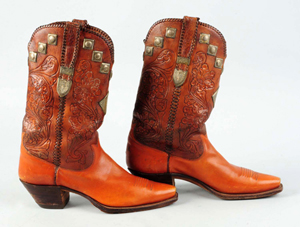 DENVER, Pa. – One of the most important collections ever to document the characters and rough-and-tumble lifestyles of the Old West will cross the auction block at Morphy Auctions, October 31 through Nov. 2. The 3,000-lot event features the contents of Dan Hardesty’s Wild West Museum of Franklin, Pennsylvania. Internet live bidding will be available through LiveAuctioneers.

“We are deeply honored that Dan Hardesty chose our company to auction his one of a kind collection,” said Dan Morphy, president of Morphy Auctions. “Mr. Hardesty made it his lifelong mission to track down and acquire many of the Old West’s most significant and recognizable historical pieces so they could be viewed by the public as a whole in his museum. Had he not done so, American history probably would have missed out on some of its most colorful details.”

Hardesty said he first recognized antiques as important historical objects at the tender age of six. Three years later, he purchased his first collectible – a cowboy holster. It was a milestone moment for the youngster – one that unwittingly would set him on the path to becoming the indomitable force he is today in the field of Old West material.

There are few categories of antiques, in general, with which Hardesty has not had some experience. His early interests, Hardesty recalled, included “good lamps and music boxes – the type Morphy’s sells.” In time, he added antique guns and Western and Civil War memorabilia to the list of objects that filled his house, wall to wall and floor to ceiling.

When his collections outgrew the available space in which to display them at his home, Hardesty purchased a three-story brick building in Franklin, Pennsylvania that previously had been used as an armory. Investing substantial amounts of time and money, Hardesty set about achieving his vision of creating a museum where he could showcase and share his collections. In 1984, he opened the doors to a wonderland of Americana, his now-legendary Wild West Museum.

The warren-like rooms in Dan’s fascinating museum took the visitor on a visual journey through the wild and woolly landscape of how the West was won. Nowhere else could one see such a comprehensive array of relics, including saddles, firearms, military uniforms and Native-American artifacts. Additionally, there were sub-collections that focused on Buffalo Bill and other 19th-century personalities; 101 Ranch and similar 19th-century frontier entertainment troupes.

“This auction is full of genuine rarities,” said Morphy, “some of which may only become available for purchase once in a collector’s lifetime.”

The Sunday session (Day 3) will be devoted entirely to a remarkable 800-lot selection of antique guns, rifles and other weapons, some owned by famous figures of the American West. Special highlights include two factory-engraved ’66 Winchester .44 caliber rifles, Buffalo Bill’s handgun, Geronimo’s knife, and a pistol that belonged to Doc Holliday’s companion “Big Nose Kate.”

The lineup also includes hundreds of Indian artifacts, beaded objects, baskets, pipes, arrowheads; Buffalo Bill’s original jacket, and posters, banners, photos and mementos from the showman’s Wild West Show. Outfits and memorabilia pertaining to performers in the 101 Ranch and other famous frontier shows will be auctioned, as well.

A superb array of saddles includes four that were used by Civil War officers, a signed Tom Mix saddle, and a dazzling example covered with 1920s silver dollars. Many military uniforms have been cataloged, with a timeline that runs from the Civil War through the Spanish-American War.

For additional information on any item in the sale, call Morphy’s gallery at 717-335-3435 or email info@morphyauctions.com. 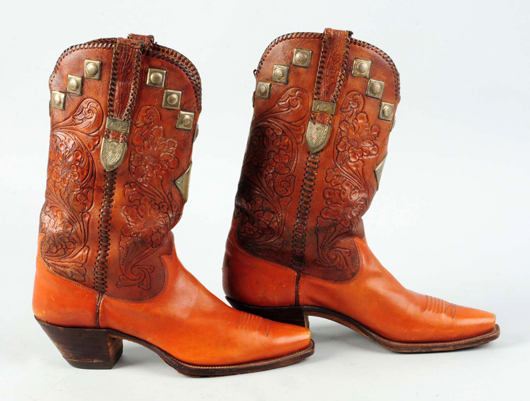 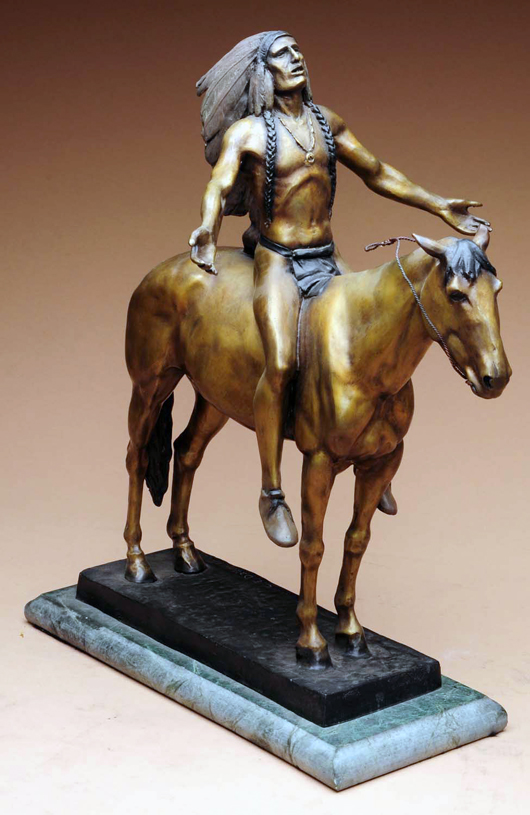 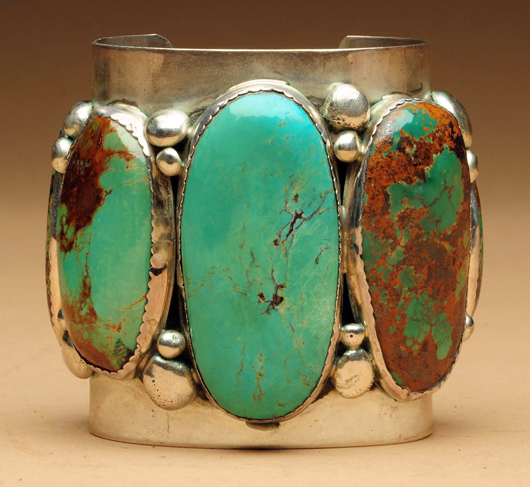 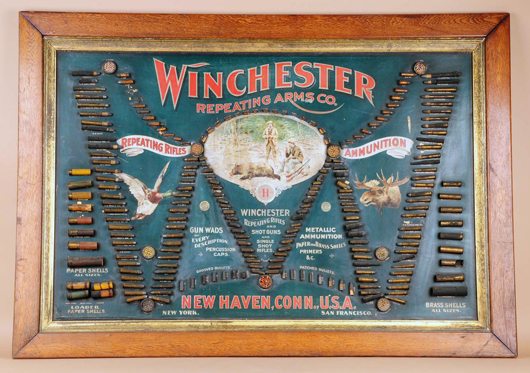 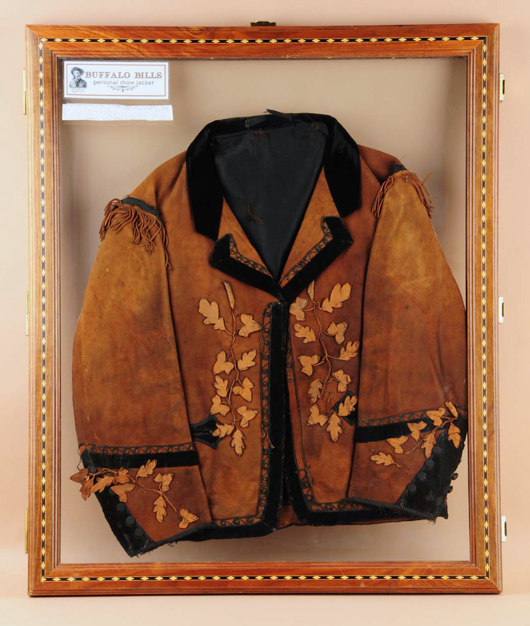 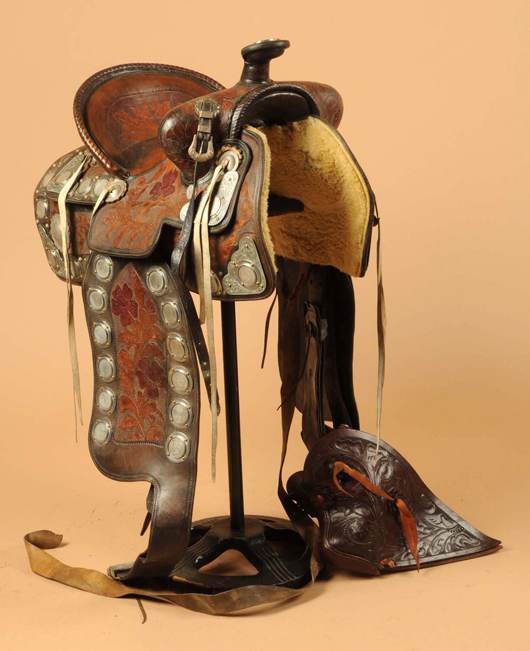 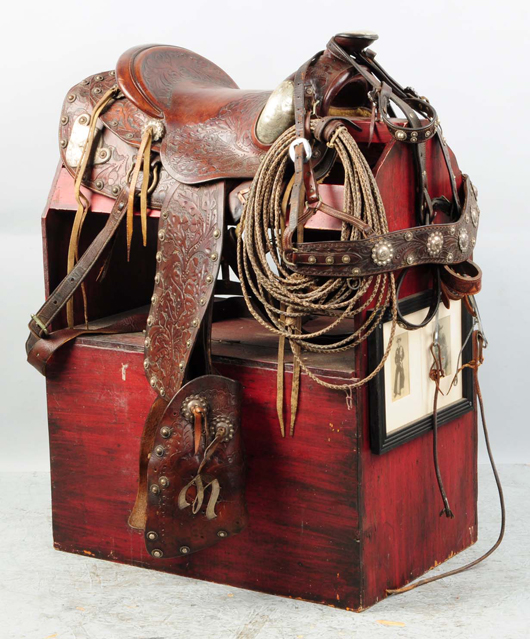