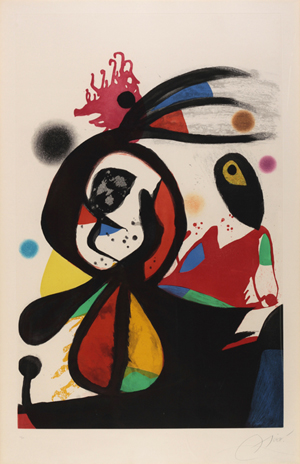 ST. PETERSBURG, Fla. – Nearly all artists of renown have a private reserve of paintings they display in their own homes but never offer for public sale. Myers Fine Art’s April 7 auction, with Internet live bidding through LiveAuctioneers, features a connoisseur’s selection of artworks that qualify for this elite category. Almost every painting, sculpture or work on paper was obtained directly from a noted artist’s estate or from the recipient to whom the artwork was gifted or bequeathed. A sizable portion of the fresh-to-market auction trove comes from the estates of New York artists, with the remainder representing private holdings from now-deceased American and European painters. While all schools converge in this sale, with a dateline from the early 17th through early 20th centuries, the selection is “predominantly modern,” said Myers co-owner Mary Dowd.

The largest grouping from a single artist is the collection of 15 works by 1960s abstract minimalist Leon Polk Smith (Native American, 1906-1996). Influenced by Piet Mondrian, Smith’s highly original style is associated with the hard-edge school, of which he is considered a founder. Smith spent most of his life in New York City, with the only breaks being a two-year tenure at Rollins College in Florida and a brief period of residence in Cuba. His influence and importance are validated by the many museums whose permanent collections include his paintings, such as the Whitney, the National Gallery of Art, and the Guggenheim, where Smith received a coveted fellowship.

Among the Leon Polk Smith paintings in the April 7 sale is a signed 1970 acrylic on shaped canvas painting from Smith’s acclaimed Constellation series. Measuring 19 inches square, it is estimated at $4,000-$6,000. Also, a 31½in diameter oil and collage on canvas titled “Vermilion Black” is signed on verso and carries the inscription “Gift to Bob Jamieson 1956.” It is expected to make $6,000-$9,000.

Howard Gardiner Cushing’s (American, 1869-1916) signed oil-on-board “Portrait of Gertrude Vanderbilt Whitney” depicts the famous New York art patron and museum founder in a fanciful Leon Bakst-designed costume. A pencil notation on the back of the 18in x 13¼in (sight) painting reads, in part, “Bought by Mrs. Delano, 131 E. 36…” It is estimated at $5,000-$7,000.

“It is interesting how the artworks acquired from completely different estates somehow came together in this sale so many years later,” Dowd said. “The ‘Mrs. Delano’ who purchased the Cushing painting was the wife of architect William Adams Delano of the firm Delano & Aldrich. After Howard Cushing died, Mrs. Whitney helped fund a gallery at the Newport Art Museum to memorialize Cushing’s work. Mrs. Whitney’s good friend, William Delano, was chosen to design the gallery.’

“We’re also auctioning some beautiful New York City architectural prints by Chester Price, who, coincidentally, worked for Delano & Aldrich for many years,” Dowd added. “And bringing it full circle, the sale also includes a collection of artists’ books, one of which is filled with colorful plates depicting some of Leon Bakst’s Ballets Russes costumes similar to the one Gertrude Whitney wore for her Cushing portrait.”

A Gustave Baumann (American, 1881-1971) woodblock print titled “Cholla and Sahuaro” vividly showcases several varieties of cacti, some of them flowering, in a Southwestern desert setting. Pencil-signed with the artist’s chop mark, the 20in x 19in (framed) work is numbered 49/125 and expected to realize $10,000-$15,000 at auction.

Because the April 7 event is Myers’ first specialty fine art sale in more than three years, co-owners Mary Dowd and Michael Myers were both selective and inclusionary in their final choices. The auction features many excellent, fresh-to-market works by lesser-known artists in addition to elusive paintings by avidly collected, high-profile names.

Myers Fine Art’s Sunday, April 7 auction of fine art from New York, American and European artists’ estates will commence at 12 noon Eastern Time. A preview will be held from 10-6 on Saturday, April 6, and from 10 a.m. till noon on auction day. The gallery is located at 1600 4th St. North in St. Petersburg, FL 33704. For additional information, call 727-823-3249 or e-mail auctions@myersfineart.com. 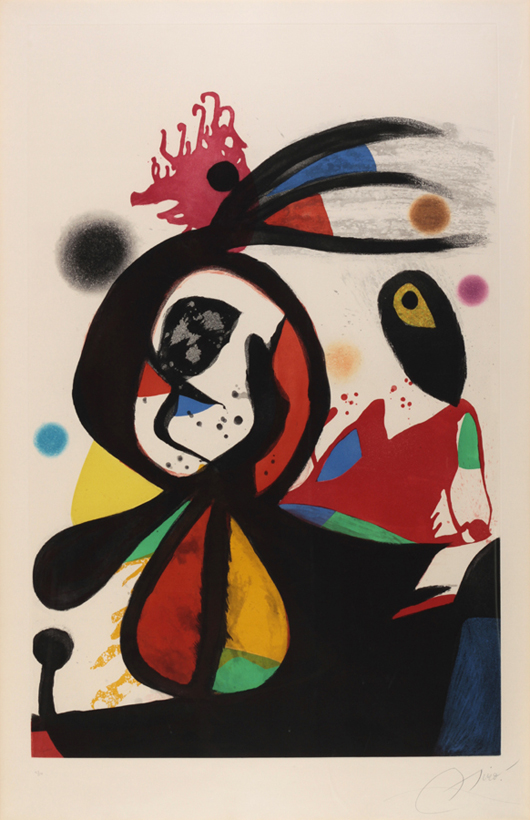 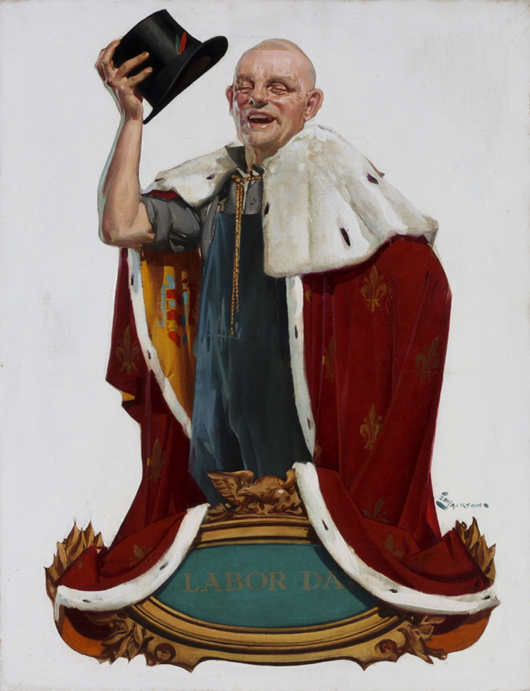 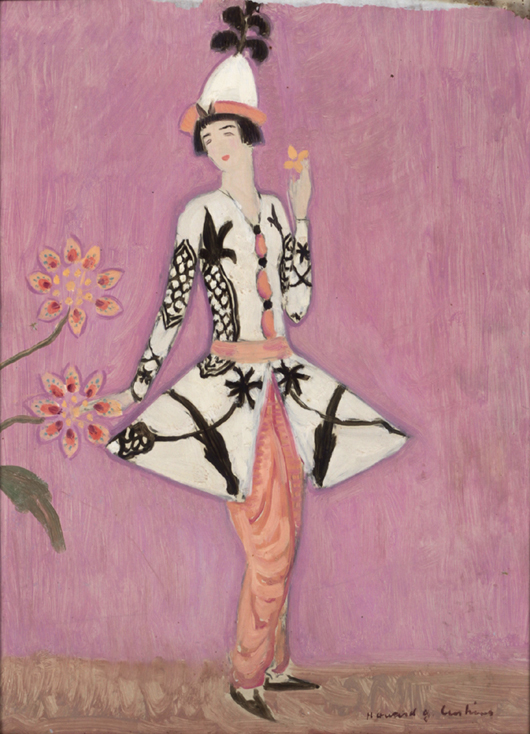 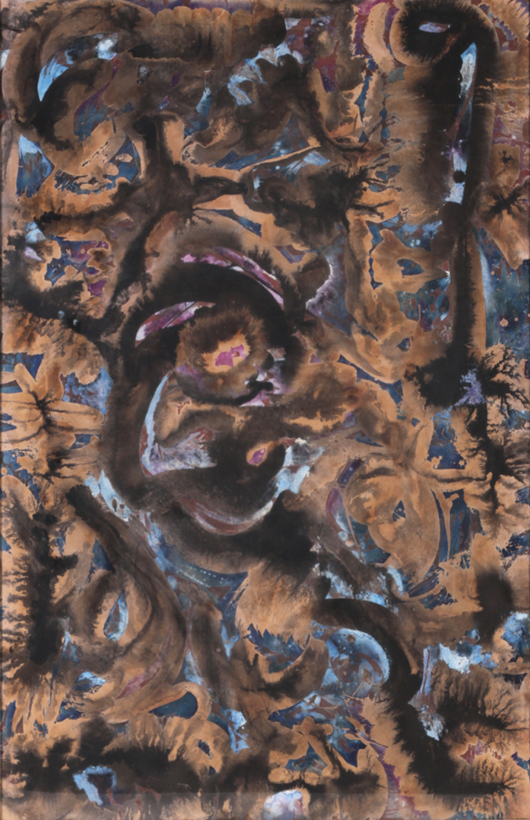 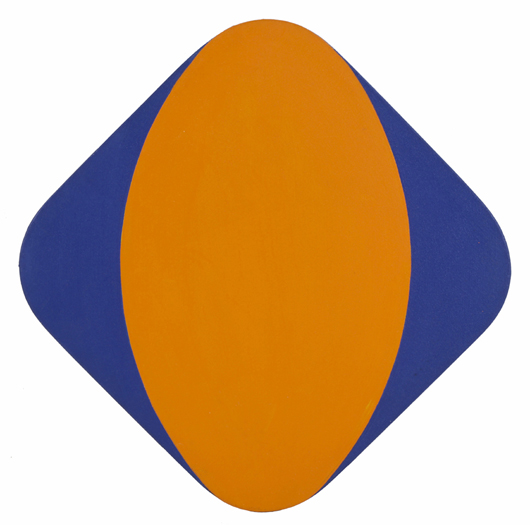 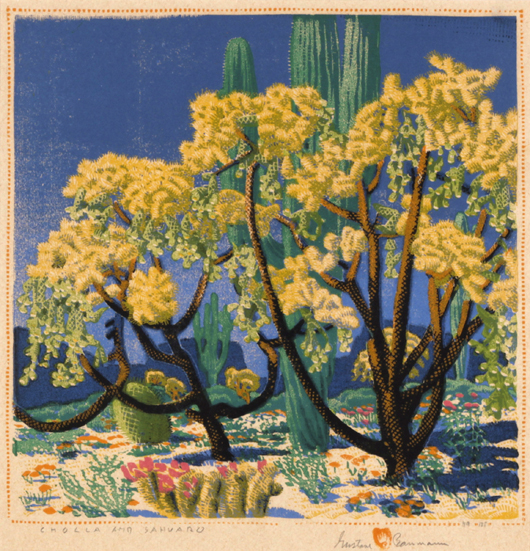 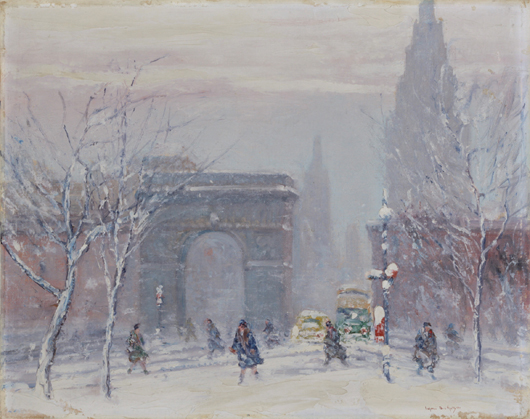 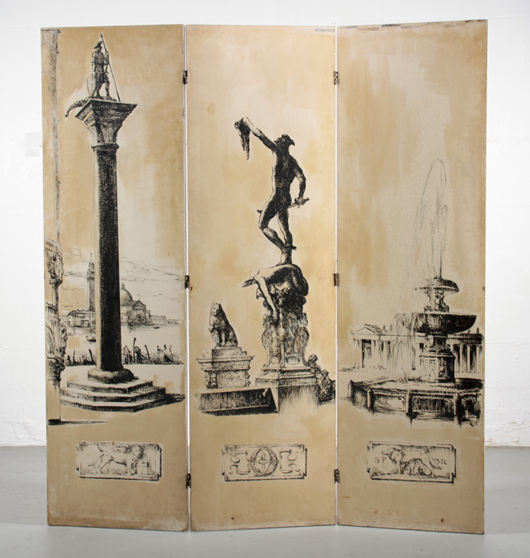 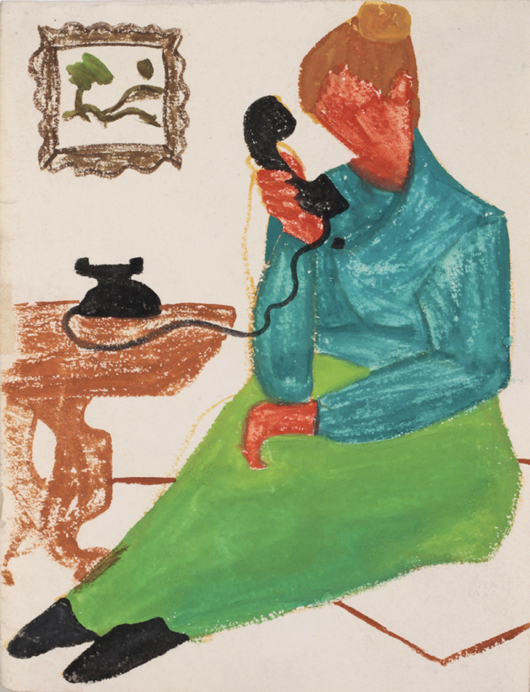 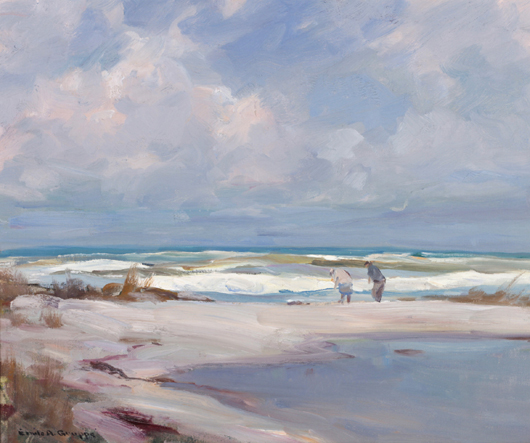