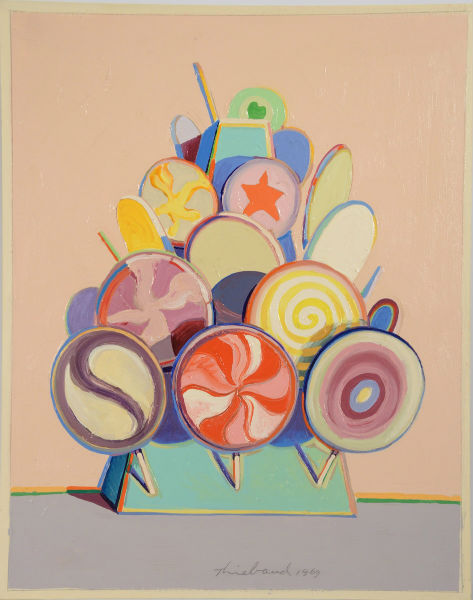 WINDSOR, Conn. – An oil-on-board painting by Wayne Thiebaud (American, b. 1920) titled Lollipop Tree, a lovely art glass vase by Ercole Barovier (Italian, 1888-1974), and one of the finest collections of Victorian furniture ever offered at auction are just part of what bidders can expect at Nadeau’s Auction Gallery’s annual New Year’s Day auction on Monday, Jan. 1, at 11 a.m. Eastern time. Absentee and Internet live bidding is available through LiveAuctioneers.

“This promises to be the most important sale we’ve held to date, one that will be even bigger and more special than previous New Year’s Day auctions,” said Ed Nadeau of Nadeau’s Auction Gallery. “In the past we strived hard to reach and surpass the $1 million mark, and more than once we actually hit $1.4 million. This one, though, has the merchandise to reach $2-3 million.”

Over 700 quality lots will come under the gavel.

The expected top lot of the sale is the Thiebaud oil on board under glass titled Lollipop Tree, created in 1969. The colorful and whimsical painting (above), measuring 13 inches by 10 ¼ inches, is signed and dated in pencil by the artist, bottom center, and has an Allen Stone Galleries Inc. label on verso (where it was exhibited in 1970). The painting should bring $400,000-$800,000.

Thiebaud is a pop artist widely known for his colorful works depicting everyday objects, such as pies, lipstick, paint cans, ice-cream cones, pastries and hot dogs. But he’s also renowned for his landscapes and figural paintings. He uses heavy pigment and exaggerated colors to depict his subjects, and the well-defined shadows characteristic of advertisements are usually evident.

The vaso mosaico (mosaic vase) executed by the noted Italian entrepreneur and designer Ercole Barovier carries an estimate of $30,000-$50,000. The 9 ½-inch-tall vase, from circa 1925, consists of clear glass with a mosaic pattern of clear, cobalt, amethyst and emerald, and a rim with gold inclusions. A little roughness at the rim is not expected to dampen bidder enthusiasm. 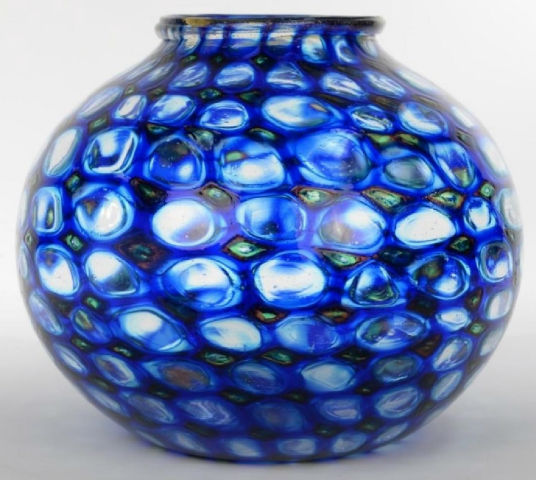 The fine selection of Victorian furnishings comes from the estate of Frank Perotti, led by a pair of Renaissance Revival walnut and burl walnut cabinets, 75 inches tall, with pierce carved tops over bronze panels over shaped marble tops (est. $6,000-$12,000).

The furniture category also includes two late Louis XV Charles Topino marquetry bonheurs du jour (small French writing tables with raised backs). The pieces, both circa 1765, will be offered as individual lots. Both are ormolu mounted tables made from several woods. One is stamped Charles Topino (est. $20,000-$40,000); the other is unmarked (est. $15,000-$25,000). 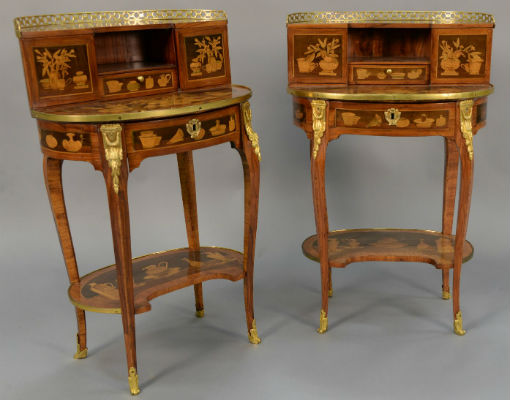 Fine estate jewelry will be highlighted by a Tiffany & Co. diamond engagement ring that is set with a center Asscher cut diamond weighing 4.58 carats. It is flanked by baguette cut diamonds. The circa 1930 ring, with color G and clarity VS1, should sell for $80,000-$120,000. 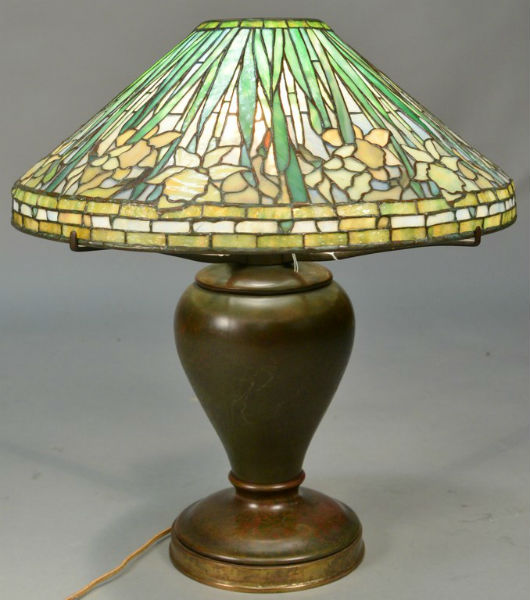 Two very different lots have identical estimates of $15,000-$25,000. One is a beautiful Tiffany Studios Daffodil table lamp having a leaded Favrile 20-inch glass shade with cascading daffodils on a bronze base, marked Tiffany. The other is a 40-inch by 28-inch oil on canvas painting by Virginie Demont-Breton (French, 1859-1935), titled Mother and Child in the Garden, artist signed. 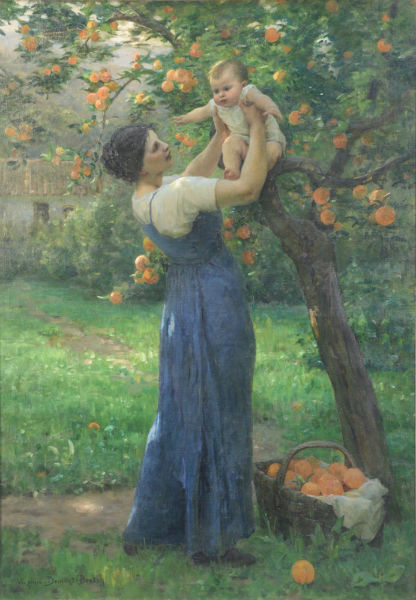 For details contact Nadeau’s Auction Gallery at 860-246-2444 or info@NadeausAuction.com. 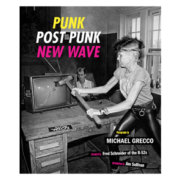 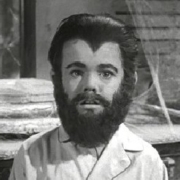 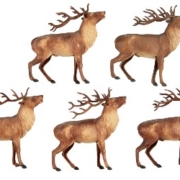 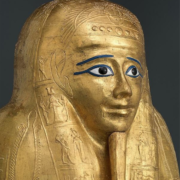 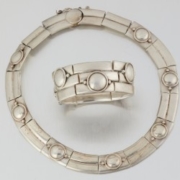 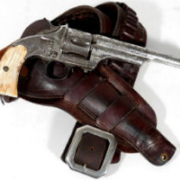 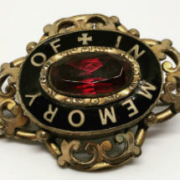