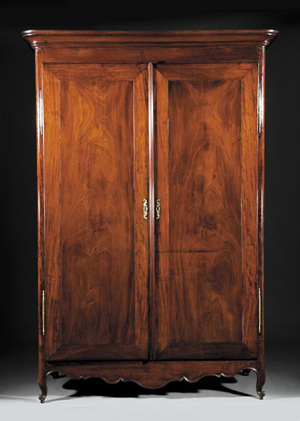 NEW ORLEANS – Neal Auction Co.’s highly anticipated annual Louisiana Purchase Auction on Nov. 21-22 is expected to garner considerable attention from around the country. Typically with a southern regional slant, the trademarked auction has come to epitomize the South – Southerners, what they collect and what they hold dear. LiveAuctioneers.com will provide Internet live bidding.

Paintings included in the sale range from those of an early historic nature, to those that reflect an International artistic movement as explored by a Southern artist.

A certain highlight will be lot 229, a 1780 portrait miniature of the Revolutionary War hero Lt. Col. John Laurens of South Carolina by Charles Willson Peale (American/Pennsylvania, 1741-1827). The portrait miniature has an $80,000-$120,000 estimate. As a testament to the portrait’s significance, an almost identical copy of the South Carolina hero’s likeness was commissioned of the artist in 1784; that portrait resides in the Independence Hall Collection in Philadelphia.

Another oil of historic merit is lot 262 a Jean-Baptiste Henri Durand-Brager (French, 1814-1879), which depicts the salient moment immediately following the famous battle between the Confederate raider Alabama and the USS Kearsage, in which the CSS Alabama begins its fatal watery descent. This large painting, 32 inches by 59 inches, has a $40,000-$60,000 estimate.

The American Scene Movement is well-represented in the auction by John McCrady (American/Mississippi/New Orleans, 1911-1968) with lot 416, an environmentally visionary painting titled Sic Transit, in which Man and Nature are portrayed together in a state of delicate coexistence. The painting depicts an anthropomorphic cloud casting a dark shadow over a clear-cut, cultivated and eroding landscape. The award-winning painting (1941 Blanche S. Benjamin prize) succinctly embodies its Latin inspiration: Sic transit gloria mundi or thus passeth the glory of the world.

Contemporary social realism is also reflected in the sale with lot 455, Stephen Scott Young’s (American/Florida, b. 1957) socially provocative Flip Flops and Lace, a 1991 watercolor. Likened to Wislow Homer, Thomas Eakins and Andrew Wyeth, Young is considered the leading watercolorist of our time.

Original watercolors and drawings are represented by, among others, John James Audubon (1785-1851) and Charles Courtney Curran (1861-1942). An Audubon watercolor, lot 263, depicting The Stanley Hawk (aka Cooper’s Hawk) is sure to be a highlight of the auction, as original watercolors by the artist are rare. Multiple works Curran, a noted American Impressionist are included in the auction through a collection of the artist’s sketchbooks, which are comprised of more than 100 pen and ink drawings and watercolors.

Prints range from Havell edition Audubon engravings from the Birds of America to a rare 1860 Bien edition folio of the artist’s most famous work. Lot 270, the Bien folio is considered one of the finest examples of large-scale chromolithographic art of the mid-19th century. The Bien edition, named for chromolithographer Julius Bien, was conceived by Audubon’s younger son, John Woodhouse Audubon, as a reissue of the 435 images of his father’s seminal work in an effort to save the Audubon family’s dwindling finances. The outbreak of the Civil War, however, put an end to the ambitious project and only 15 of the 44 projected parts were produced. Neal Auction’s Bien folio consists of the first 14 of these parts; the last was likely lost in wartime transit.

The Belle Cheniere Collection, Paris, Texas, will begin this year’s Louisiana Purchase Auction with a 98-lot single-owner sequence. It features a chronological history of American art, as reflected through various mediums and forms—wooden chairs, for example, from the “Pilgrim” century (17th century) to the early 20th century.

The auction will offer a selection of American art pottery including lot 420, a 1902 Newcomb pottery oil lamp base, executed by Harriet Joor, one of the first artisans to attend Newcomb College, as well as a massive 1930s Shearwater bowl, lot 422, designed and carved by Walter Inglis Anderson (American/Mississippi, 1903-1965). Because of its impressive size and its long-since discontinued uranium glaze, the bowl should garner collector interest.

The 2009 Louisiana Purchase Auction will include a host of items of historic import. A War of 1812 scrimshaw powder horn inscribed “Property of John Lovrien” and featuring the American flag with 13 stars carries an $8,000-$12,000 estimate. Historic letters include a Revolutionary War battlefield letter from the “Swamp Fox,” Brig. Gen. Francis Marion, to Brig. Gen. Thomas Sumter; an autograph letter signed by Gen. Robert E. Lee; and an autograph letter signed by Jefferson Davis to the captain of the steamboat Natchez. Confederate treasury notes will also be offered in the sale. Highlights will include two $1,000 Montgomery notes and a $500 Montgomery note.

Neal Auction Co. will also offer a collection of published and exhibited pre-Columbian art from the Museum of Fine Arts, Houston. Other lots in the sale have been deaccessioned from the Bayou Bend Collection of Miss Ima Hogg.

Part II of the John W. Mecom Jr. Collection of Mardi Gras Memorabilia will be sold on the second day of the auction. Proceeds will benefit the Galveston Art Center, Hurricane Ike Restoration Project. 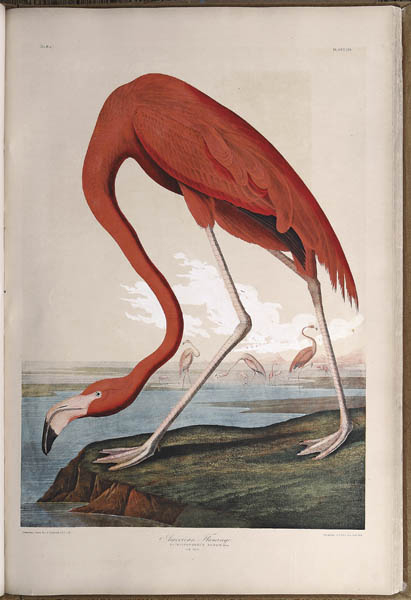 This beautiful creature represents one of 140 chromolithograph prints included in the nearly complete Bien edition of John James Audubon’s ‘The Birds of America.’ The estimate is $150,000-$200,000. Image courtesy of Neal Auction Co. 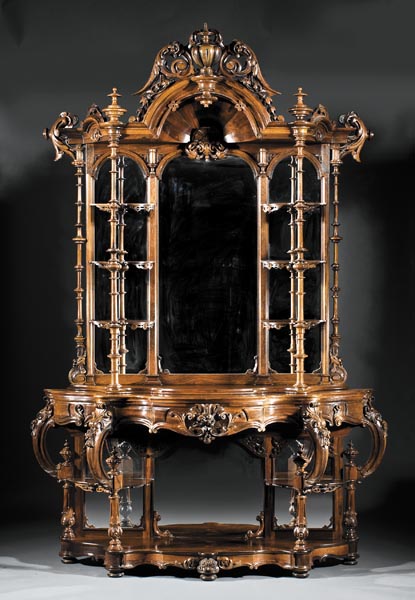 While this mid-19th century carved rosewood étagère is attributed to Thomas Brooks of New York, American Rococo furniture is popular in New Orleans and throughout the South. This fine example has a $14,000-$18,000 estimate. Image courtesy of Neal Auction Co. 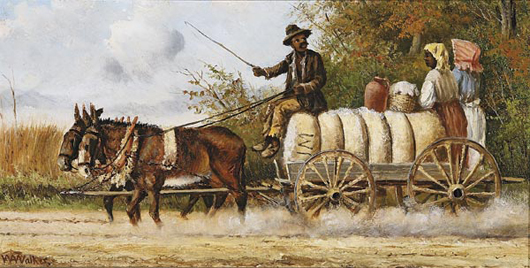 American artist William Aiken Walker was active in New Orleans from 1876 to 1905, before returning to his native South Carolina. This painting titled ‘Cotton Pickers with Wagon and Bales,’ oil on academy board, is 6 1/4 inches by 12 1/4 inches and has a $30,000-$50,000 estimate. Image courtesy of Neal Auction Co. 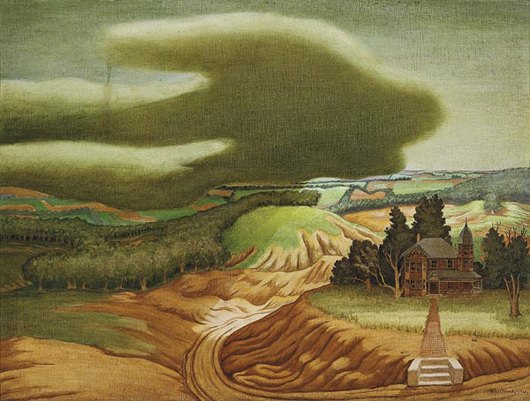 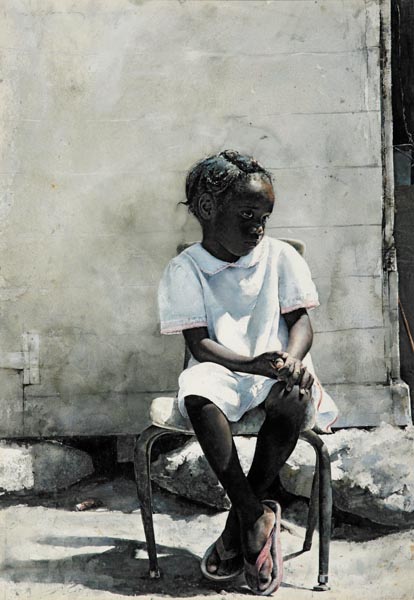