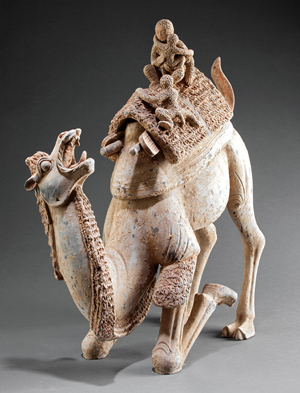 Chinese works in Neal Auction’s February auction are numerous and include porcelain, pottery, furniture, textiles, bronzes and jade. Lot 255, a Tang Dynasty (618-907) camel consigned by a Florida collector, should attract the interest from Chinese and Western collectors alike. The large, expressive camel is expected to achieve between $40,000 and $60,000.

Among the other Chinese lots in the auction that should draw collector interest is a group of furniture from the Miami estate of restaurateur Luo Yapquan. A highlight from that collection is lot 621, a pair of extensively carved low-back armchairs, which bears a modest estimate of $4,000 to $6,000.

Included in the two-day auction is lot 449, an important canvas by the critically acclaimed regionalist/American Scene artist John McCrady (Mississippi, 1911-1968). Neal Auction’s forthcoming McCrady work titled August Evening is a powerful, evocative and environmentally visionary image featuring a still-life of borrowed objects from the sea, the earth and the artist, himself, set on a Grand Isle, Louisiana, shoreline. As in other important works, such as Sic Transit, the artist poignantly portrays man and nature in a state of delicate coexistence. Estimated at $50,000 to $70,000, August Evening should attract considerable attention nationwide.

Lot 454, an early French harbor scene created by French born artist Marie Adrien Persac (French/Louisiana, 1823-1873) prior to his immigrating to Louisiana in 1842, should generate interest from Persac collectors around the world. Neal Auction’s meticulously painted watercolor invites comparison to the artist’s later view of the Port of New Orleans, now conserved at the Historic New Orleans Collection. The Persac watercolor, View of a French Harbor, carries a presale auction estimate of $10,000 to $15,000.

Included in the February auction is a select group of important photographs consigned by New Orleans artist Charles Fritchie. Featured in the Fritchie collection is lot 501, Moonrise, Hernandez, New Mexico, the iconic image by Ansel Adams (American, 1902-1984). Works by Adams, which capture the wild, untamed beauty of the American landscape, garner attention from collectors and museums around the country. Neal Auction’s photograph is estimated to bring $25,000 to $35,000. Two Shells, a 1970s Cole Weston (American, 1919-2003) print of a 1927 negative by his father, Edward Weston (American, 1886-1958), should attract bidder interest as well. Images of natural forms are among the most revered of Edward Weston’s photographic series and Neal Auction’s Two Shells will be no exception. The print is being offered as lot 507 with a presale auction estimate of $1,500 to $2,500.

John Gould’s (English, 1804-1881) five-volume set of The Birds of Great Britain will be offered in Neal Auction’s February auction as lot 20. In terms of artistry, the set is considered “the culmination of [Gould’s] … genius” (Isabella Tree, The Ruling Passion of John Gould, London, 1991); in its writings, it demonstrates a great deal of environmental foresight. Describing the “Golden Eagle,” Gould writes: “as civilization advances, this noble bird, the lord of our ancient forest, will either become extirpated or driven to seek an asylum in parts of the country where nature still preserves a savage aspect … We should not have occasion to lament the gradual disappearance of this noble bird.”

Gould published the book himself, producing only some 750 copies, which remain much sought after as complete volumes and as individual plates. Neal Auction’s five-volume set – still in its original bindings – is expected to achieve $35,000 to $55,000.

American furniture highlights include lot 307, a circa 1845 rosewood portfolio cabinet on stand attributed to J and J. W. Meeks, which carries a $4,000 to $6,000 presale estimate. The piece was exhibited at the Metropolitan Museum of Art in their landmark exhibition “Art and the Empire City: New York, 1825-1861,” curated by John K. Howat and Catherine Hoover Voorsanger.

For details email clientservices@nealauction.com or phone 504-899-5329. 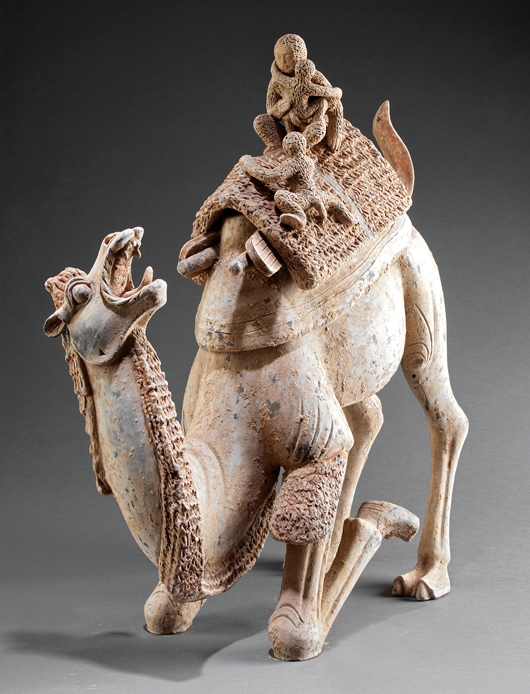 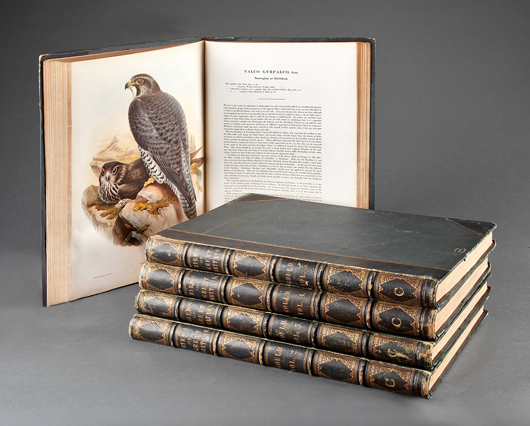 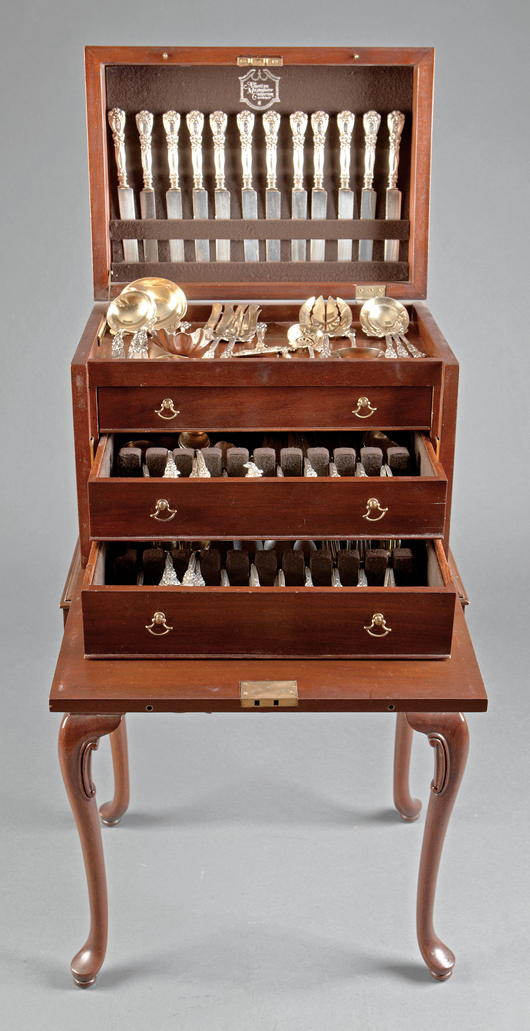 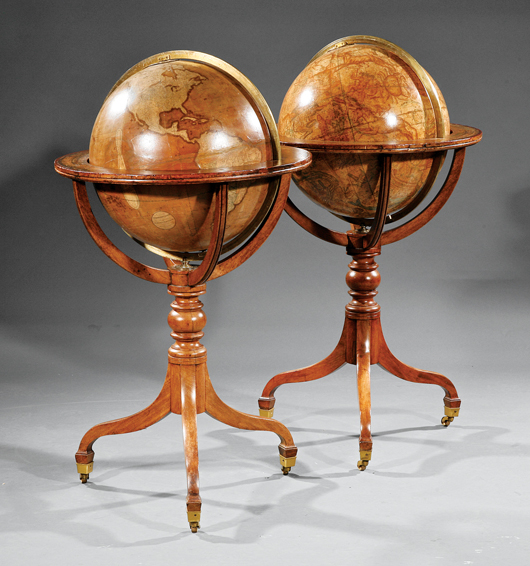 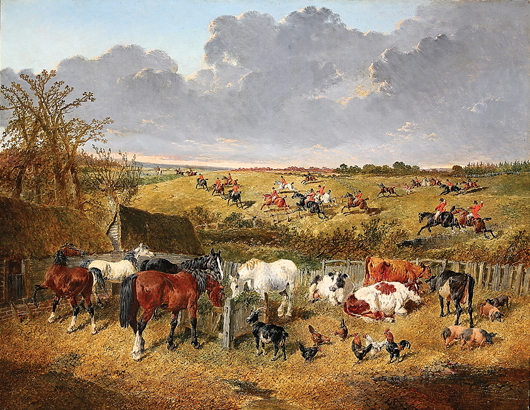 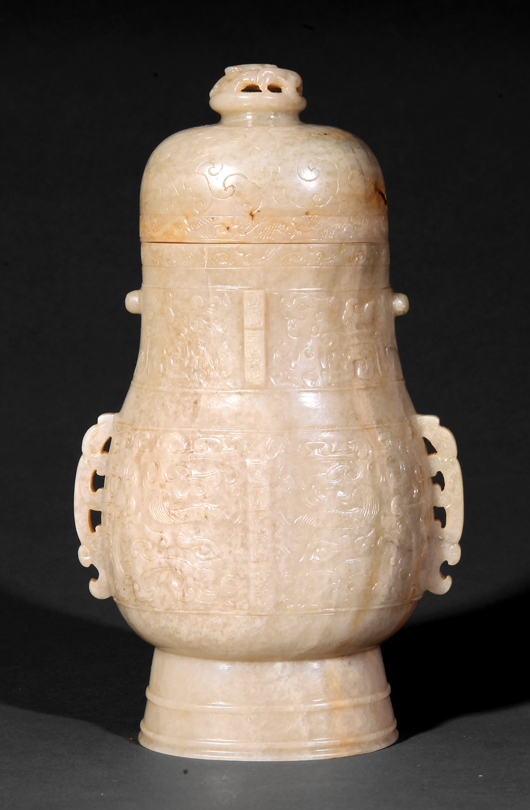 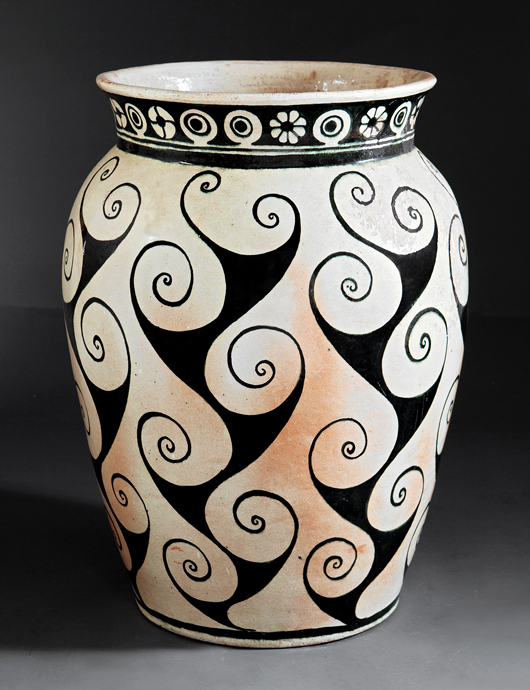 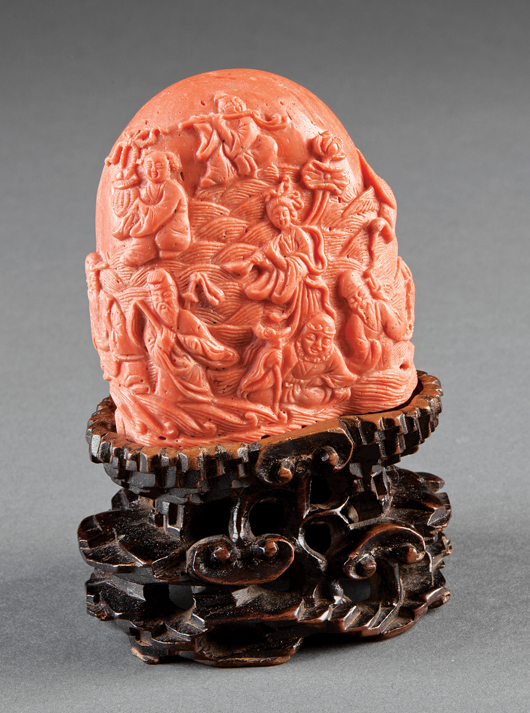