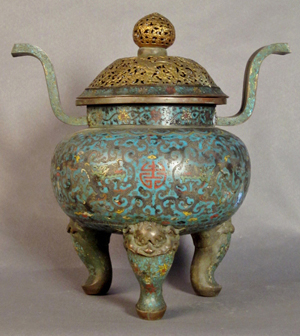 CLOSTER, N.J. – When Sterling Associates conducts its inaugural Fall Estates Sale on Dec. 3, bidders from around the world will have the chance to experience what may very well be the future of the auction business – a format that company owner Stephen D’Atri calls the “hybrid auction.”

“All of the bidding will be done absentee, over the phone or via the Internet [through LiveAuctioneers.com], but we’re very much a permanent brick-and-mortar company where anyone can come in to inspect the goods,” said D’Atri. “It will be run exactly like a live auction, but without a live audience.”

D’Atri said the idea behind Sterling Associates developed organically, after many years of working with his family’s antique lighting business, followed by the establishment of a very successful business of his own. Over a 22-year period, D’Atri’s Sterling Restoration and Antique D’zynes grew from a one-man operation in a 1,000-sq.-ft. venue to a company with 15 employees headquartered in a 17,000-square-foot building.

As a major restorer of antiques and metalwork known to just about everyone in Bergen County’s antiques trade and well beyond, D’Atri had his finger on the pulse of what was happening in the marketplace. He felt something was missing in the region where he had lived all his life.

“I felt there was a void in my area for auction houses specializing in estates,” D’Atri said. “With the boomer generation coming into retirement age and needing to downsize, many retirees were discovering that auction houses available to them wanted only the highest-end merchandise. But it’s not all about van Goghs and Picassos; it’s also about everything else in a house. The same house where we found some wonderful Old Master paintings also had Danish Modern furniture. That’s how people live. Our goal is to be the friendly, diversified auction house that handles a variety of fresh to the market antiques.”

D’Atri’s hybrid-auction concept will become reality on Dec. 3 with a high-quality 450-lot sale of fine and decorative art, including Modern and Asian; furniture, French and Russian bronzes, and other antiques from estates throughout the Northeast.

A nicely varied selection of artworks includes approximately 40 oil paintings and another 40 to 50 watercolors and lithographs. A beautiful Pietro Fragiacomo (Italian, 1856-1922) oil on canvas depicting two women at the shore is estimated at $6,000-$8,000; while a lively Nicholas Wassilievitch Orloff (Russian, 1863-?) winter landscape with troika is entered with a $2,000-$3,000 estimate. The sale also features a modern art section. A 1977 Robert Rauschenberg (American, 1925-2008) offset lithograph poster on wove paper is titled Ace, November, Venice USA. Its estimate is $2,000-$3,000. 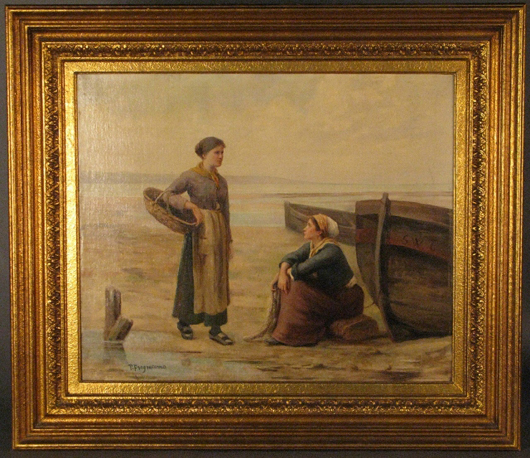 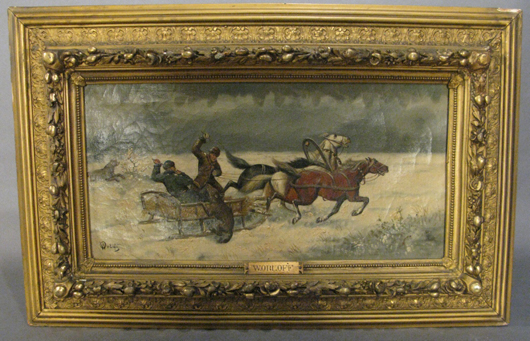 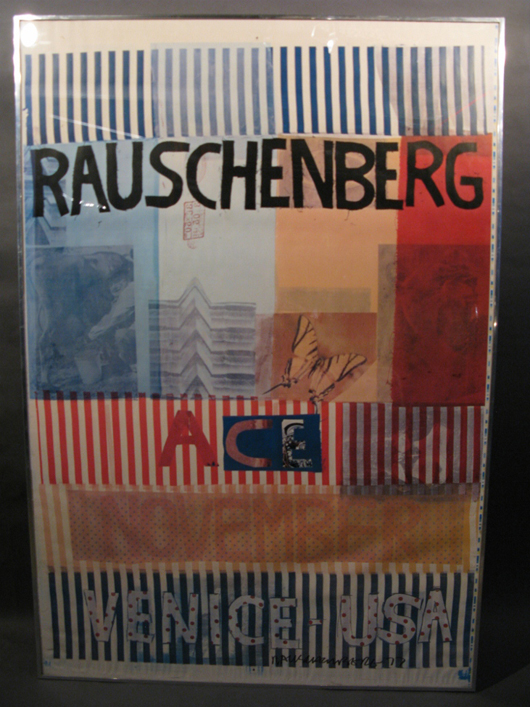 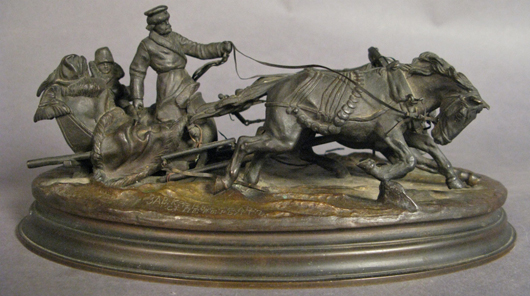 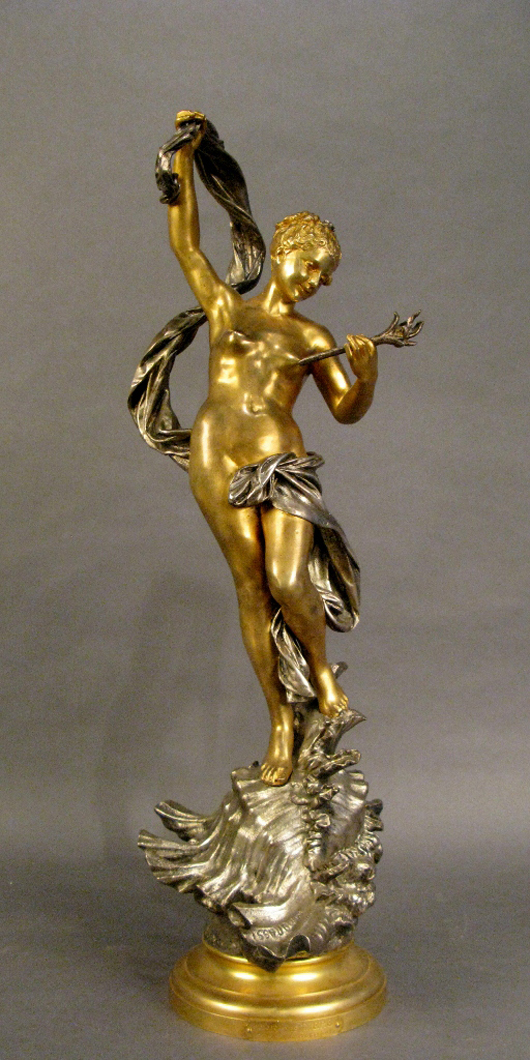 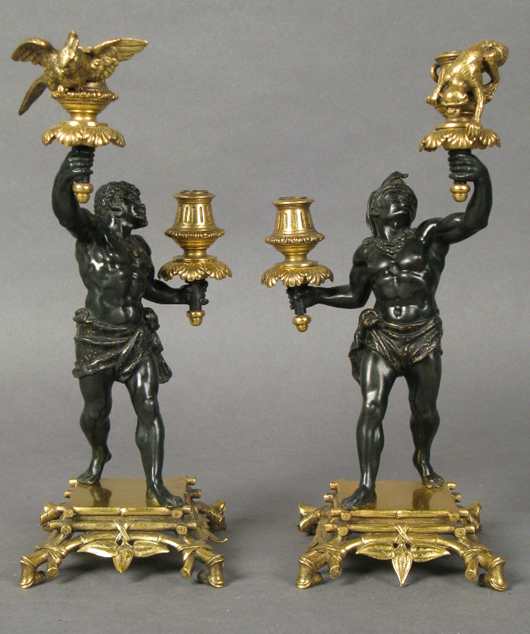 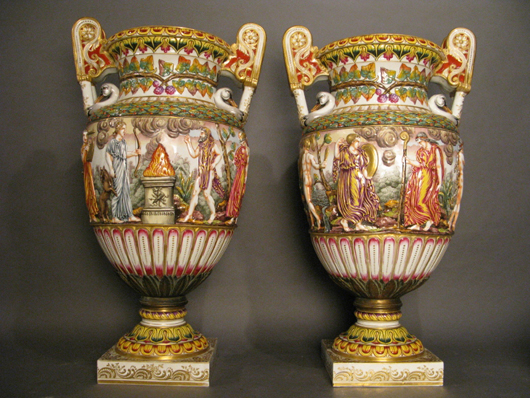 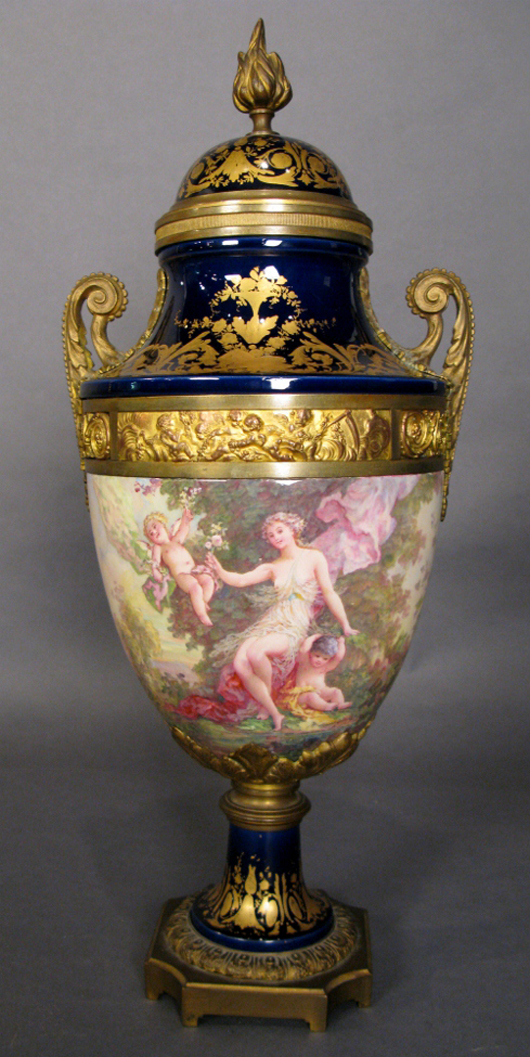 Several exceptional pieces of Satsuma porcelain will be auctioned. The premier entry in this category is a mid-19th-century, 20-inch Gosu Blue candlestick created in the form of a pagoda. “Gosu Blue Satsuma wares were produced in very limited quantities in Kyoto and are highly desirable to collectors. This is a very impressive, extremely rare design,” said D’Atri. 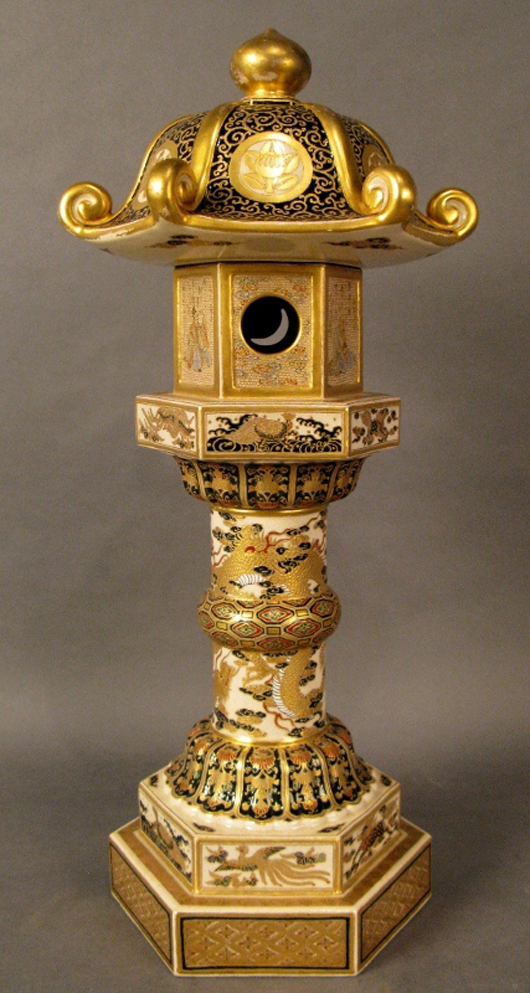 Continuing in an Asian theme, another auction highlight comes in the form of an 18th-century Qianlong cloisonné censer with pierced kirin lid. The tripodal vessel stands 16 inches tall and retains remnants of gold on the lid. “This piece could be the star of the sale,” D’Atri observed.

Sterling Associates’ Dec. 3 auction debut represents a new way in which estate antiques and art may be brought to auction. It combines a live preview in an auction-house setting with absentee and remote forms of bidding that make the auction accessible to buyers in any location. With modern technology and the Internet working at one end, Sterling Associates strikes a balance on the traditional side by reviving services that people miss most about the auction business of 20 years ago.

“Many estate auctioneers in this county have retired or gone out of business due to mismanagement. I kept hearing, ‘It’s a shame this guy is gone or that guy is gone, and there’s no one replacing them. I decided to be that someone,” D’Atri said.

“My family’s business – and later my own business – was tagged ‘high end,’ and I kind of enjoyed that tag, but it eliminated a lot of potential buyers who weren’t looking for that highest price point,” D’Atri explained. “I like the idea of having a full-service operation that can bring the best of a consignor’s pieces to auction and be of genuine help by also liquidating everything else in their estate through other appropriate venues.”

Sterling Associates’ inaugural Fall Estates Auction will be held on Saturday, Dec. 3, starting at 12 noon Eastern time. The live preview is from 10 a.m. to 5 p.m., Nov. 29 through Dec. 2, and on the morning of the auction. The gallery is located at 70 Herbert Ave., Closter, NJ 07624.

To contact the gallery, call 201-768-1140 or e-mail info@antiquenj.com. View the fully illustrated catalog and sign up to bid absentee or live via the Internet at www.LiveAuctioneers.com.