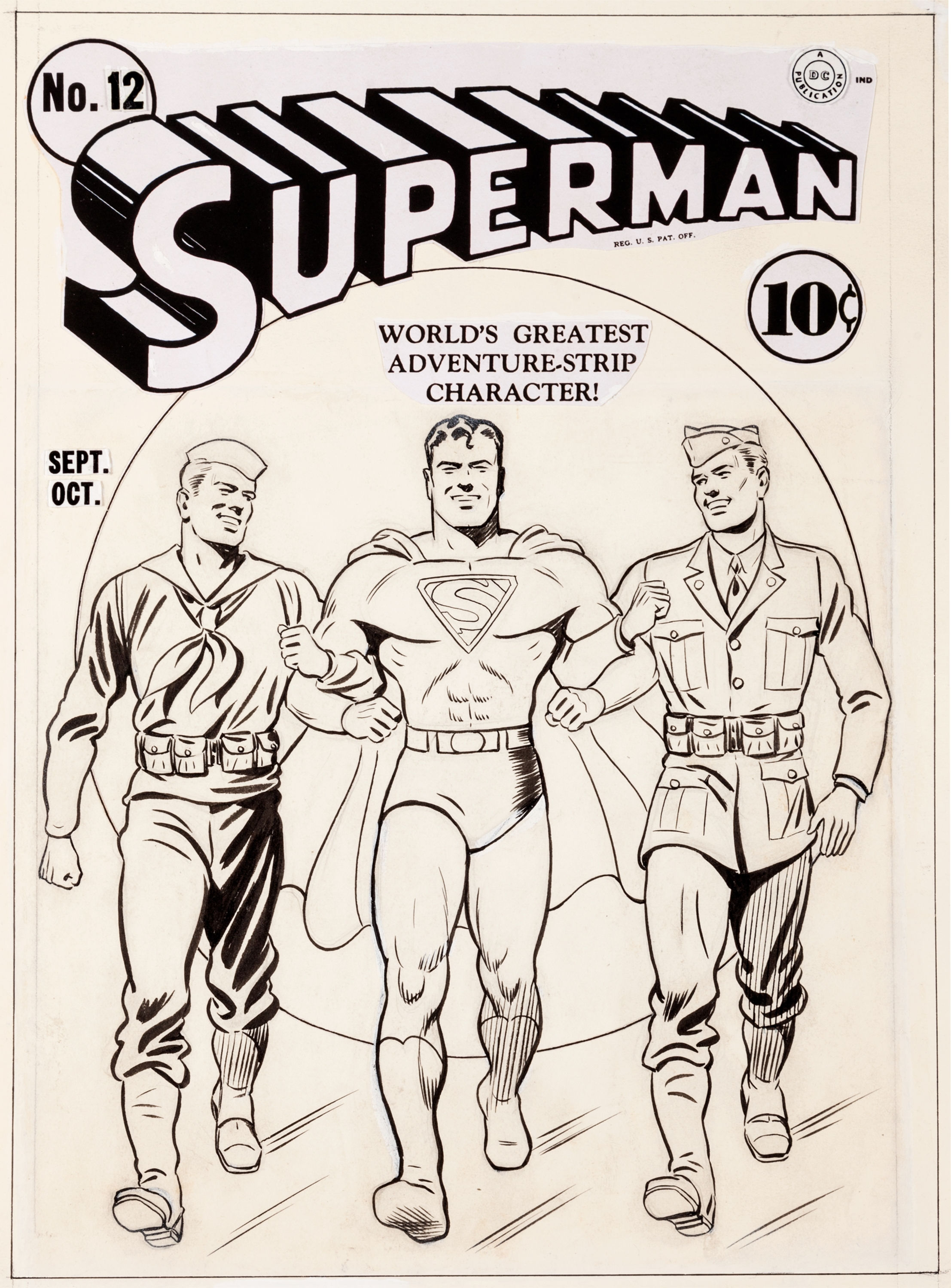 DALLAS – The original art for the cover of Superman No. 12 (DC, 1941) by Fred Ray – the earliest piece of art from the comic book series to ever surface – saved from the trash bin more than 70 years ago by legendary Batman artist Jerry Robinson, will make its first ever public auction appearance as the centerpiece of Heritage Auctions’ May 28-30 Comics Signature® Auction.

The cover, one of the most iconic Superman covers, shows the Man of Steel marching arm in arm with two of America’s brave sailors and soldiers, ready to defend their country against the Axis threat.

Equally as important is the fact that one of the greatest Batman artists of all time, Jerry Robinson, who was also a close friend of Fred Ray, asked DC Comics for the art after the issue had published. Robinson died in 2011, kept the art for more than 70 years. It has been consigned to auction by his family. 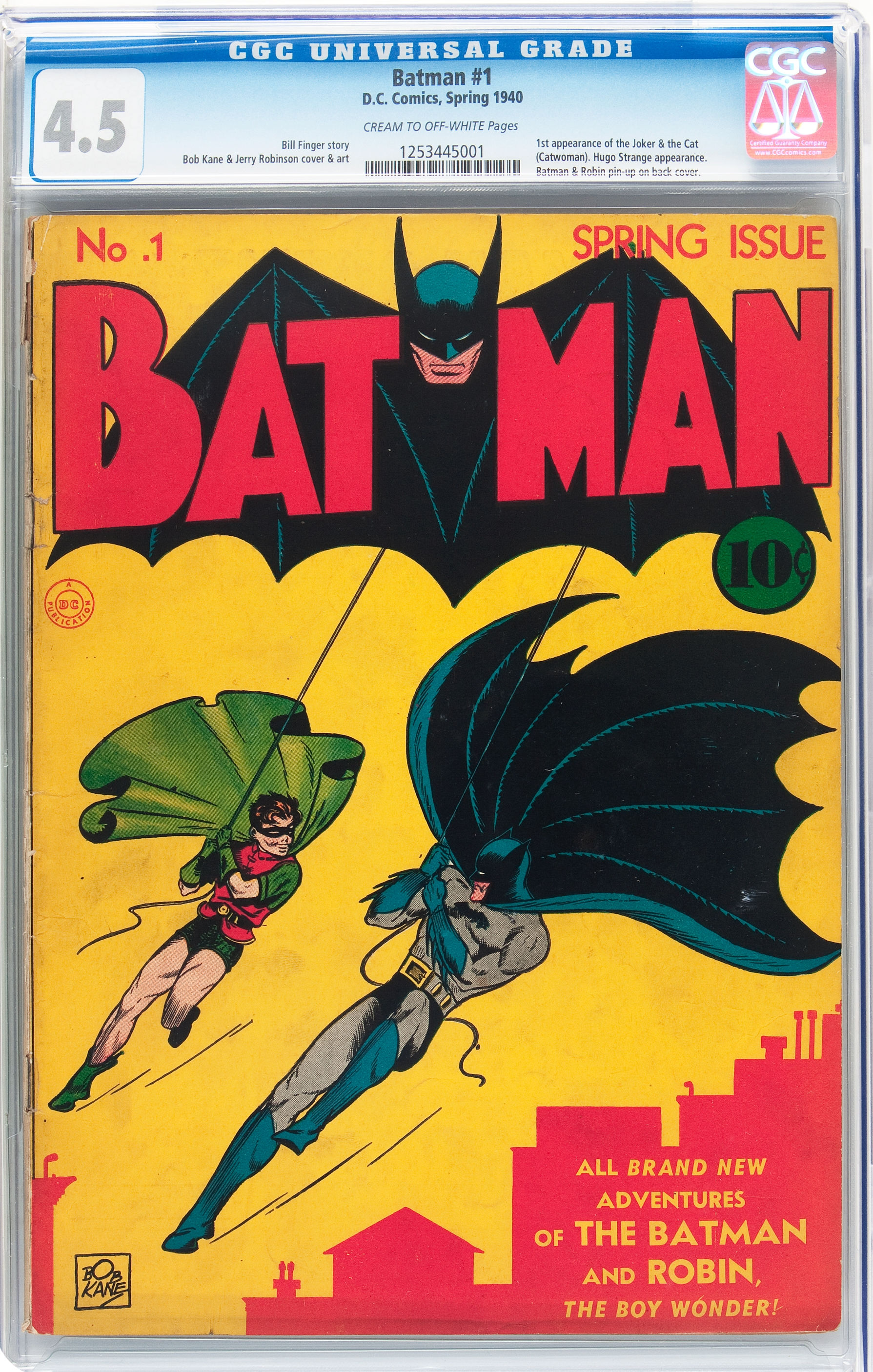 A nice copy of Captain America Comics No. 1 (Timely, 1941), CGC-grade FN- 5.5 – famously featuring Cap knocking out Hitler – joins Batman at the top of the comics pile in the auction with an equal estimate of $80,000-plus. 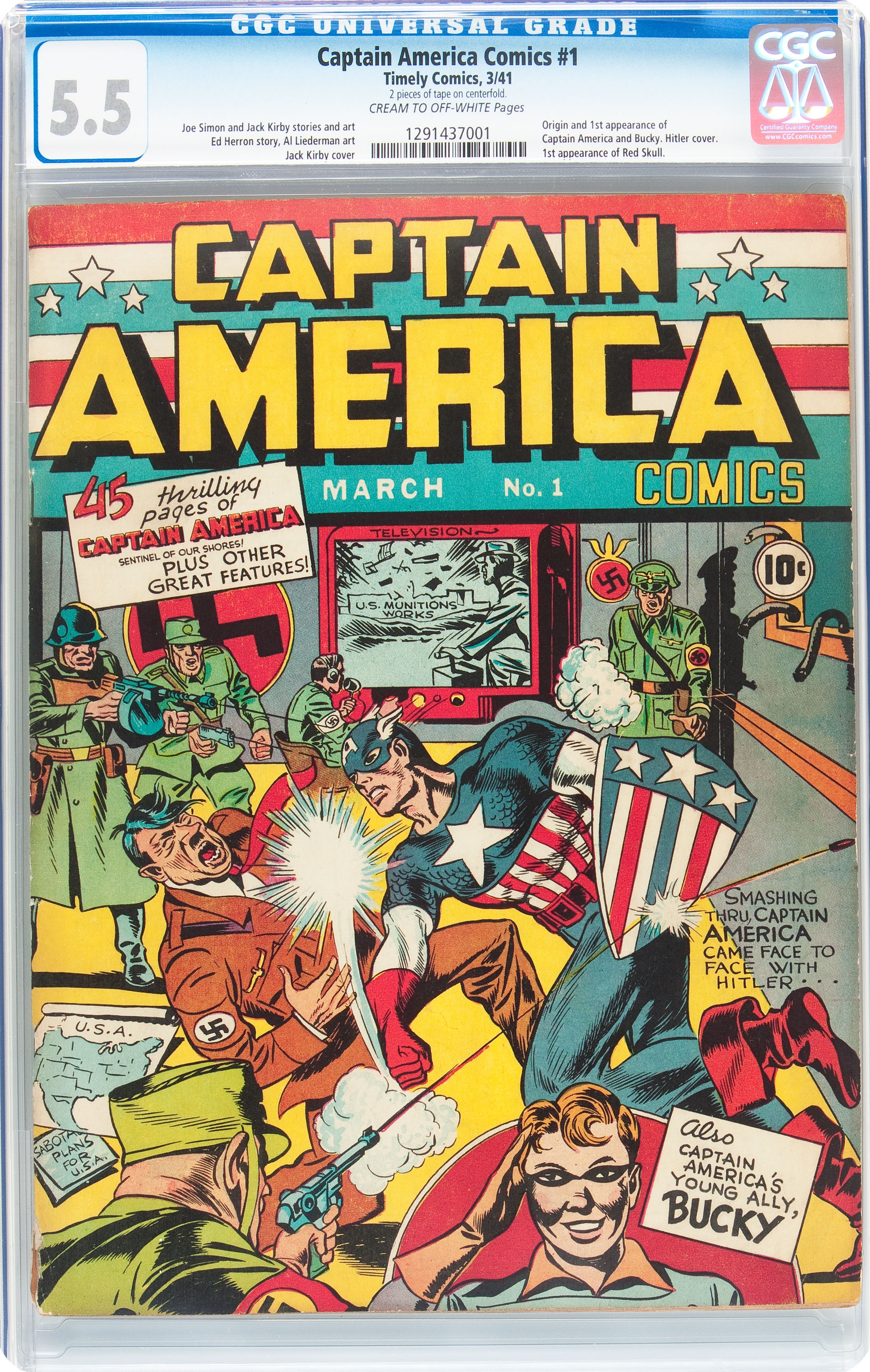 Alex Raymond’s original Sunday comic strip art for Flash Gordon June 12, 1936 (King Features Syndicate) is a sterling example of the best of Raymond’s iconic work on the classic strip and it should bring more than $50,000. 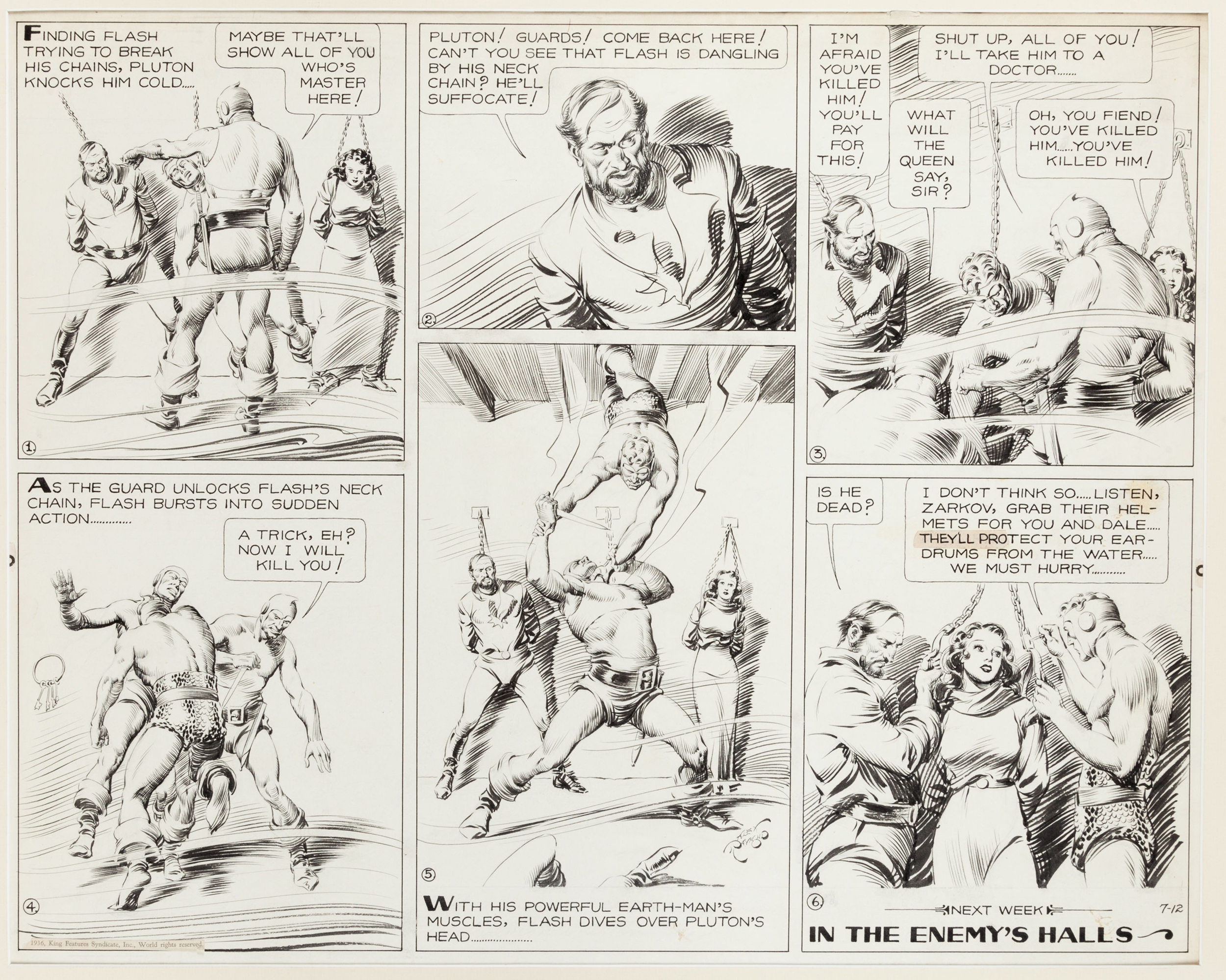 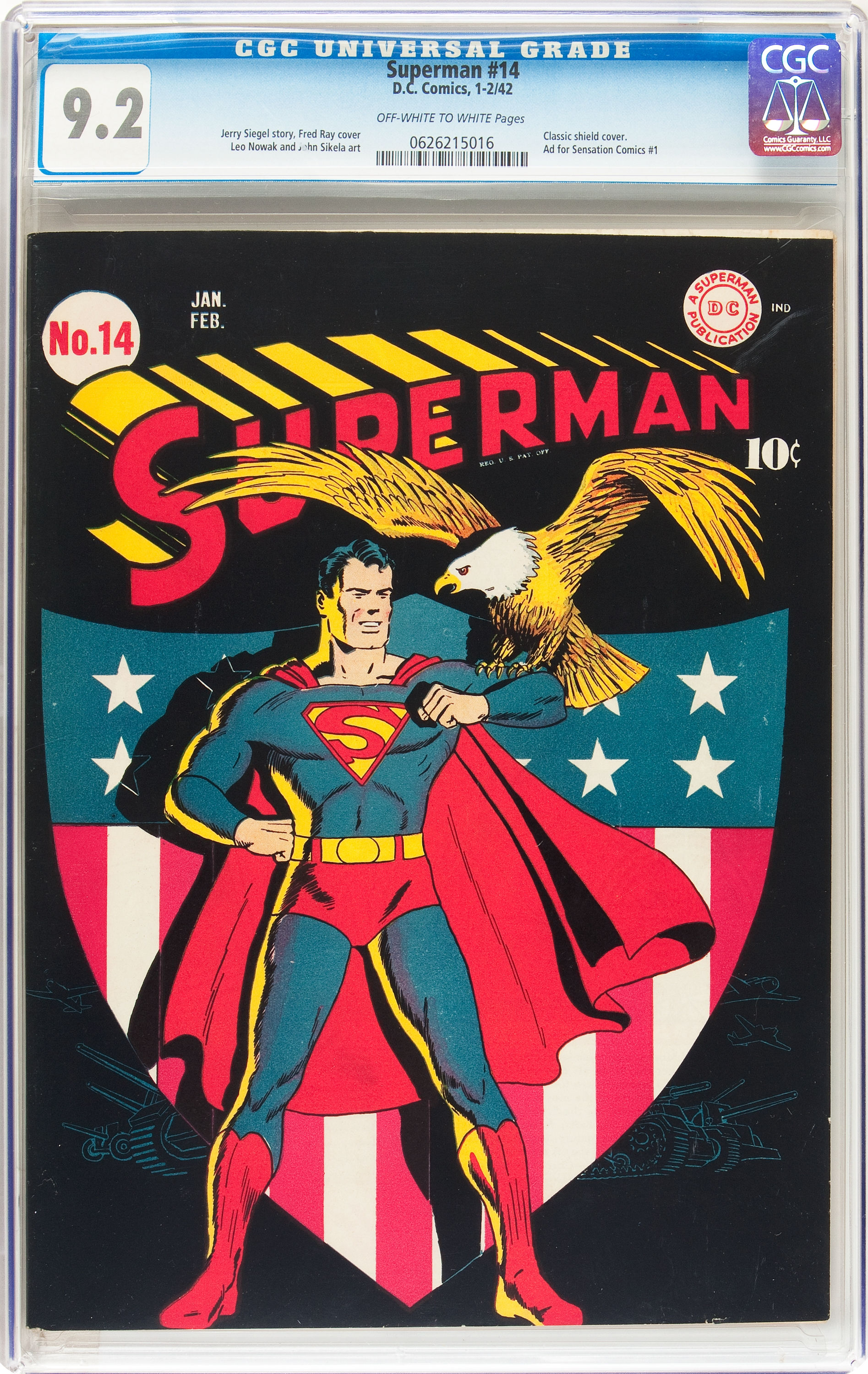