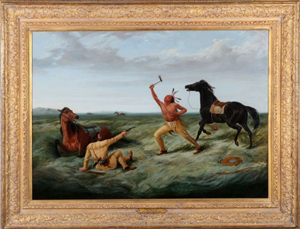 CLEVELAND – A collection of paintings—including Old Masters, 17th, 18th and 19th century European and American paintings last seen on the market in the early 20th century—is being offered at Gray’s on Oct. 8 in their Fine Art, Antiques and Decorative Arts Auction. Internet live bidding for the auction is offered by LiveAuctioneers.

Sale highlights include a stunning oil on canvas by the Belgian artist Eugène Verboeckhoven, Cattle at Rest in an Evening Field (lot 10). Verboeckhoven is recognized as an excellent painter of animals and appears to have been the last link to a secular tradition, with its roots deep in the 17th century, which linked observation of nature, studied composition and idealized reproduction of reality.

The Dutch Golden Age landscape painter Egbert Lievensz van der Poel’s A Nocturnal Village Scene on the Oude Delft, with Numerous Figures Gathered Around a Burning Tar-Barrel (lot 14), is a dramatic example of compositional chiaroscuro. Flames spring from a raised tar barrel creating a beautiful play of light and dark over the nighttime scene. Flemish Baroque painter Christoffel Jacobsz van der Laemen (Brussels 1606/15-1651 Antwerp) is famous for his “gezelschappen.” Lot 13 titled Interior with Figures Playing Cards, is a masterful example the genre which depicts portraits of ladies and gentlemen enjoying music or conversation in interior settings. Lot 16 is Adoration of the Holy Family, a triptych from the Antwerp Mannerist School. Adoration scenes were especially popular with the Antwerp Mannerists, who delighted in the patterns of the elaborate clothes worn by the Magi, and the ornamentation of the architectural ruins in which the scene is set.

Also included in the robust assembly of paintings on offer at the auction is A Train of Thought, by Thomas Waterman Wood (lot 32). The artist was born to the cabinetmaker John Wood and raised in the small town of Montpelier, Vt. He was a great painter of Vermont ideas, conditions and character. This work shows a man in his workshop, wood shavings sprayed on the floor, and a newspaper in hand, beautifully juxtaposing manual and intellectual labor. Another noteworthy inclusion is the 19th century canvas by Walter Charles Horsley, The Village Pet (lot 3) which is a quaint country scene depicting a family with their sheep.

An arresting oil on canvas, The Last Shot (lot 36) by English-born American artist Arthur Fitzwilliam Tait, who was fascinated by the American West, depicts a mortal battle between a settler and a Native American on the desolate plains. Tait gained recognition from the American public starting in 1852, when Currier & Ives reproduced lithographs of his works. Another American scene but of a very different nature is Gloucester Harbor (lot 37), by the landscape and marine painter Wesley Webber. Gloucester Harbor depicts a maritime scene in winter with the frozen ocean surrounding large sailing ships seemingly trapped in the ice and snow. Braced against the frigid conditions sailors dressed in bright red jackets contrast with the gray and white winter-scape.

A collection of Japanese bronze sculptures, mostly Meiji period, from the Genryusai Workshop are featured at the auction. Lot 100 depicts a lion pouncing on an alligator. The alligator is signed by Mitani, one of the more well-known sculptors from the Genryusai workshop. Lot 136 is an exquisite Chinese, finely carved porcelain in high relief, turquoise glazed, brush pot by Wang Bingrong, a 19th century Chinese ceramicist. The base is inscribed in relief seal script Wang Bingrong.

Condition reports will be provided upon request.

For more details contact Serena Harragin at 216-458-7695 or by email at serena@graysauctioneers.com. 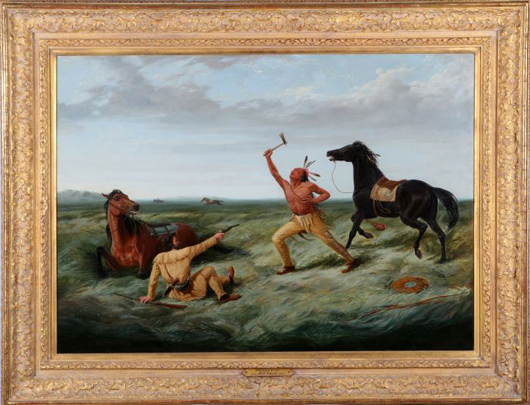 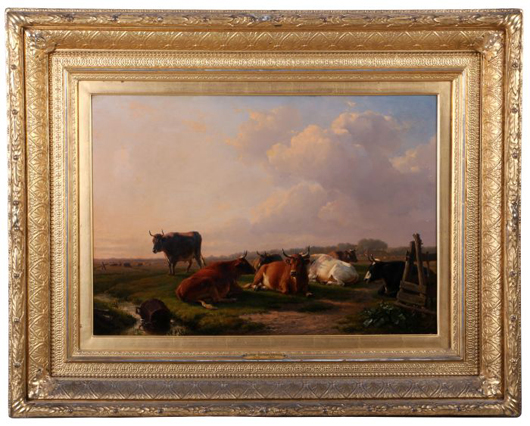 Eugène Verboeckhoven (1790–1881), ‘Cattle at Rest in an Evening Field.’ Gray’s Auctioneers and Appraisers. 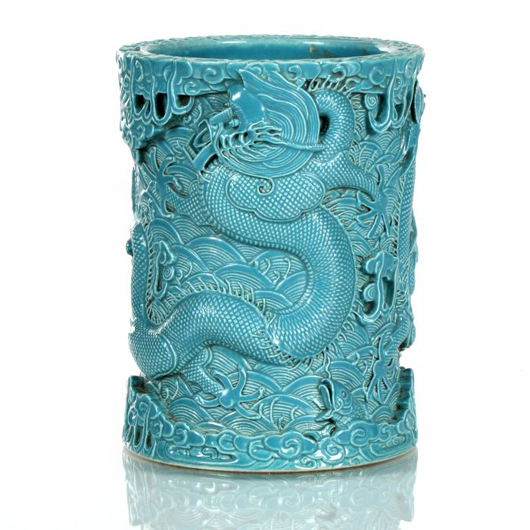 Reading the Streets: Hearts rain down from Gilf’s copters
Scroll to top