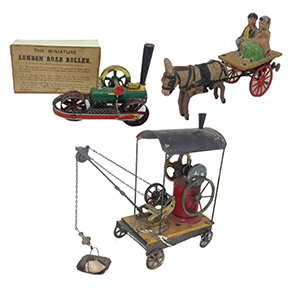 PITTSBURGH – After a record-setting half-million-dollar June sale, Old Toy Soldier Auctions (OTSA) is gearing up for another blockbuster event. Their Nov. 22-24 auction, with Internet live bidding through LiveAuctioneers, will feature the premier Britains collection of the late Richard Appleby. Over a period of 35 years, Richard and his wife “Ginny” became known as discriminating collectors of toys, banks and early furniture.

“Over many years, the Applebys judiciously bought toys from major auction houses and from me, privately,” said OTSA owner Ray Haradin. “There can be no question that Richard’s soldier collection is one of the world’s finest.”

Until the early 1990s, the Appleby collection was quite diverse. But around that time, Richard changed course and decided to deaccession the more common soldiers and reset his focus on acquiring the first series of each set Britains ever produced. “Richard probably had examples of 90 percent of all first-version Britains. That is an unheard of,” said Haradin.

The Saturday, November 23 session will open with choice selections from the Appleby collection, which boasts approximately 30 first-version sets. Among the top sets to be auctioned is Britains Set 2, the Royal Horse Guards, produced in 1895. One of Britains’ most popular sets for more than a century, it has been re-released 17 or 18 times, but to encounter an original-series version in fine condition is “unusual, as this set had a very short production run,” Haradin said. The Appleby set is in undisputedly beautiful condition and estimated at $1,200-$1,800.

A pristine example of Britains’ circa-1896 Set 25, Soldiers That Shoot, features soldiers that can “fire” their spring-loaded guns when a rod is inserted into the muzzle. “The soldiers in Set 25 were among the first figures produced as working toys,” Haradin noted. Complete with partitioned box, the set is expected to make $3,000-$5,000.

The headlining collection includes examples of Britains Set 1317, the Salvation Army Band, in both red and blue versions. Each of the two sets was made in 1934. The red set is entered with a $6,000-$8,000 estimate, and the blue set, which shows signs of wear, is estimated at $1,200-$1,800. Haradin opines that, in total, there may be only 15 to 20 red-version Salvation Army bands in existence in “complete, nice condition.”

Another star from the collection is Britains circa-1907 Boer War C.I.V. English Supply Wagon Column, a 20-piece unboxed set valued at $6,000-$8,000. The set represents, in miniature, troops that fought in the Boer Wars, which pitted the British against Dutch settlers in the Boer republics of South Africa.

The Saturday session also includes several elusive Britains road and construction items from the 1880s. Among the top pieces are a circa-1899 Steam Crane, one of only two known examples of the large, steam-operated version of this toy, est. $2,000-$3,000; and an extremely rare, boxed Miniature London Road Roller, est. $3,000-$4,000.

Yet another distinctive toy from Britain’s early period is a Galloping Donkey, estimated at $1,200-$1,600. It represents a diversion for the English toymaker, as it was constructed of part lead, part composition. “Very few Britains figures incorporated composition,” Haradin observed.

Also a scarce production, a St. John’s Ambulance Brigade & Medical Encampment depicting a World War I British medical corps with figures of personnel and six Red Cross tents, was produced by Britains but marketed under the Centando brand. “Centando distributed toys and solders under their own private label, in the same manner as Hamley’s toy store in London,” Haradin explained. The Medical Encampment is offered with its original box, which has one of the most beautiful toy-box labels of its era. Its presale estimate is $3,000-$5,000.

Handsomely complementing the Appleby soldiers are two original watercolors by Don Troiani, an accomplished American artist who is also one of the foremost authorities on early military uniforms. Each of the artworks in OTSA’s auction is estimated at $2,000-$3,000.

The 500-lot Saturday lineup – which is dominated by pre- and postwar Britains as well as a strong selection of civilian figures – also features selections from the George O. Gillespie collection. One of the highlights is a Buck Rogers space figures set in very nice condition. This particular set, which is coveted both by collectors of figures and those who collect robots and space toys, is expected to reach $1,600-$2,000 at auction.

In keeping with OTSA tradition, the opening session on Friday, November 22nd, will be devoted to newer soldiers and figures. There will be a huge assortment of King & Country productions, German composition figures from multiple collections, and some exceptional personality figures by Lineol and Elastolin. Additionally, the 600-lot Friday session will include a wealth of figures by other popular manufacturers, such as Imperial, Marlborough, Edmunds and Mignot.

The Sunday, November 24 offering is by far the most diverse of the entire three-day sale. Within the approximately 600 lots to be presented in the closing session are figures from virtually all of the better manufacturers, including Courtenay, Vertunni and Stadden.

Old Toy Soldier’s November 22-24, 2013 auction is an absentee, phone and Internet live bidding event and will commence at 1 p.m. Eastern Time on Friday, November 22, and 10 a.m. on Saturday and Sunday, Nov. 23-24. Absentee bids, including those placed online via www.LiveAuctioneers.com, must be made no later than 24 hours prior to the sale in order to be accepted. 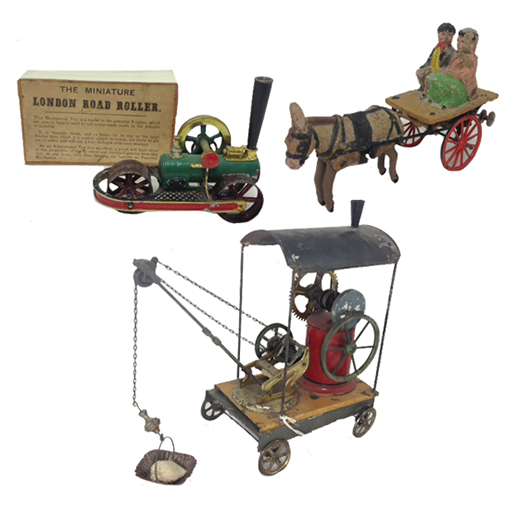 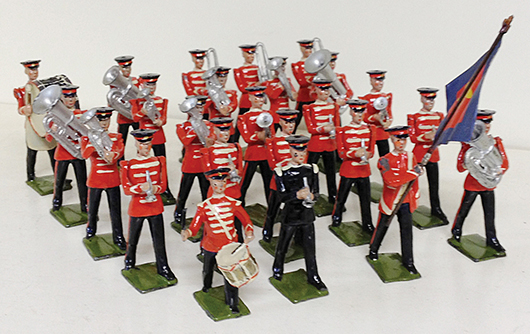 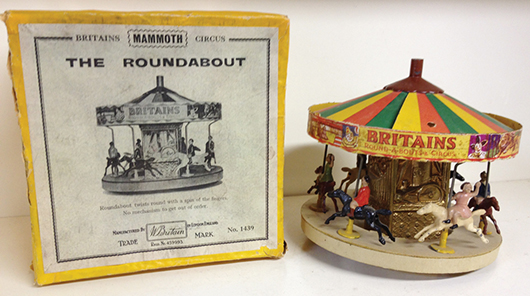 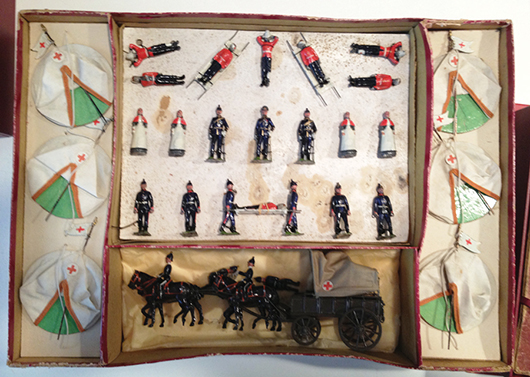 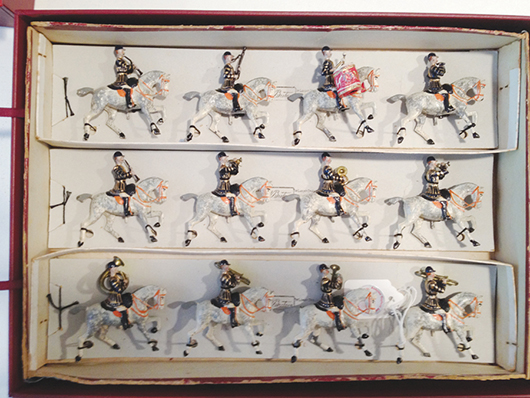 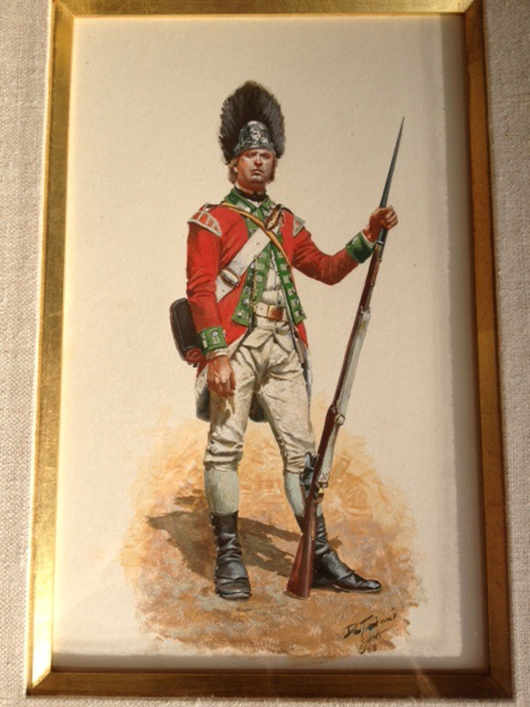