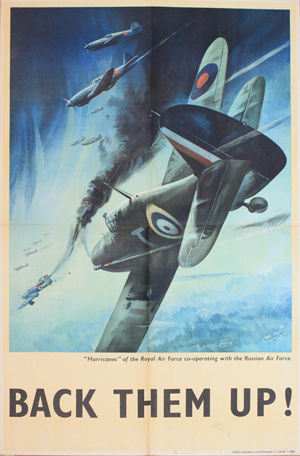 The rare collection of nearly 40 posters have surfaced 70 years after being salvaged by the vendor who was an employee of the aircraft company. The posters probably represent the entire wartime output of the once well-known artist Victor Hicks (1893-1946). He trained at the Slade and in the 1930s he was designing theatrical and advertising posters as well as illustrating children’s books. During the war he worked for the Ministry of Labor producing a series of posters dealing with the problems of absenteeism and working practises in factories.

Cleverly psychological in their emotional appeal, some of the posters capitalized the hate-your-enemy motif, using Hitler, Goebbels and other well-known enemies.

Victor Hicks had considerable experience in internal factory propaganda, and claimed considerable success in a number of factories with the posters that were designed to tackle individual problems, not only correcting negative habits but by vividly implanting positive thinking in the minds of workers. The posters do not criticize but lecture using humorous imagery and slogans and simple language. They were most effective by regular change and display in canteens and restrooms and also near exits and even right next to machinery, constantly catching the worker’s eye. They are deliberately popular in their appeal ignoring art and abstract poster technique. They play on the Englishmen finding the most series of situations sometimes funny and compare well with the Careless Talk posters produced by Fougasse.

Onslows shall also be offering a collection of Ministry of Information propaganda posters, which have recently being discovered in an American Reference Library archive. It would appear that the posters had been sent over to the USA during World War II by the MOI for reference purposes and not display. The posters were displayed in public to boost morale and report to the British public the allied successes in attacking the enemy with colorful images by some of the best commercial artists of the period. Among the 17 posters the artists include Charles E. Turner, Roy Nockolds, Harold Forster, Harold Pym and Jobson. Many of the posters use the titles “Back Them Up!” and “Victory of the Allies is Assured.” Mostly dating from 1940, the posters were a desperate but successful campaign to give the impression that the Allies were winning the war on all fronts. This was not the not necessarily the truth. The posters are in good original condition and estimates range between £100 to £400.

Other notable collections of posters to be offered include a single owner collection of motor and motor racing, Raleigh and Rudge cycles, Shell County and Life Series, British Railways, London Transport, Continental travel and advertising.

View the fully illustrated catalog and sign up to bid absentee or live via the Internet as the auction is in progress at LiveAuctioneers.com. 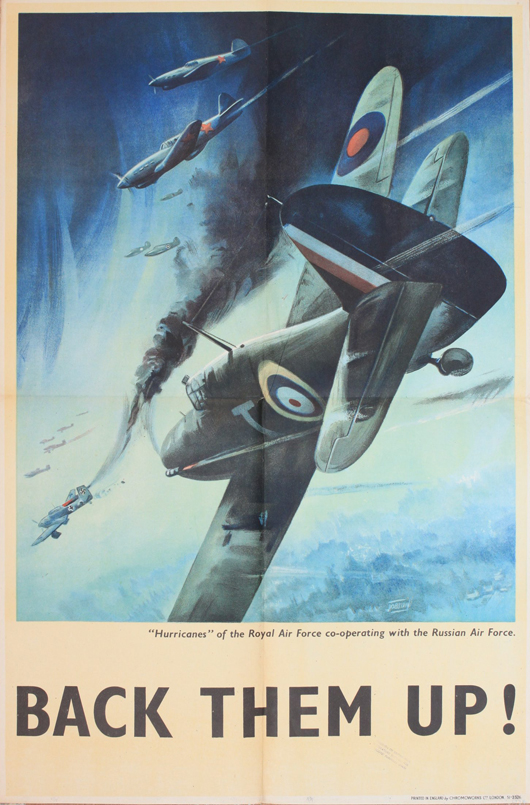 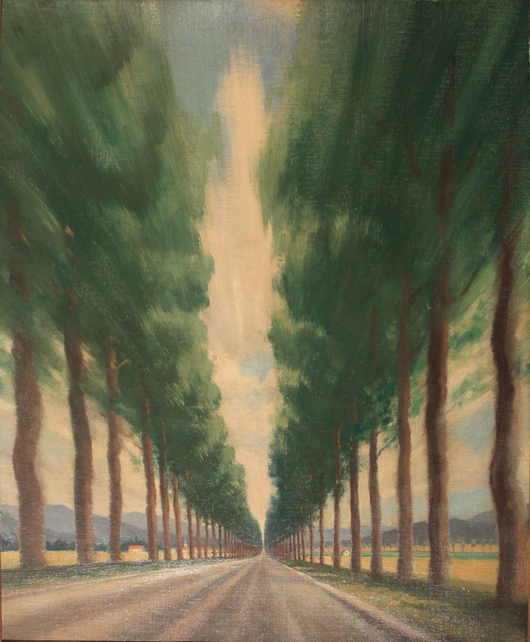 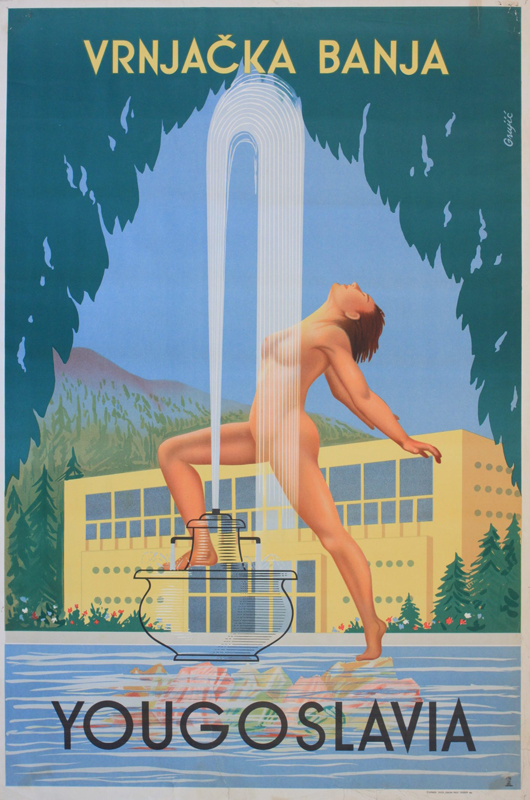 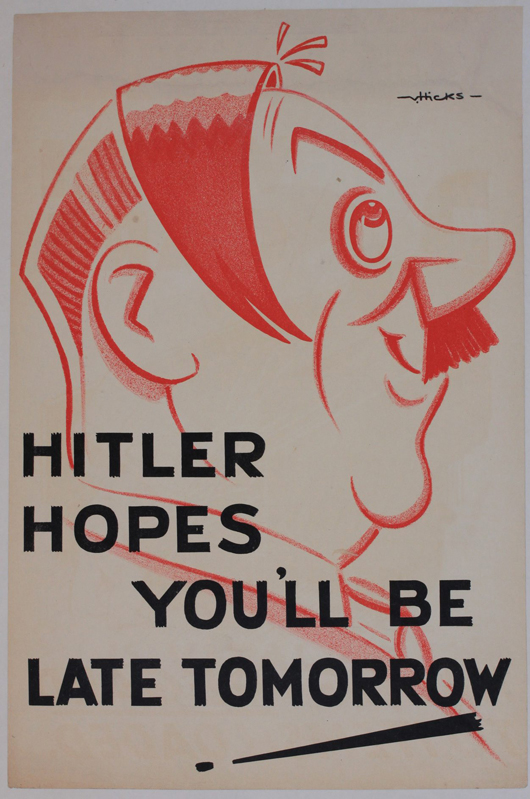 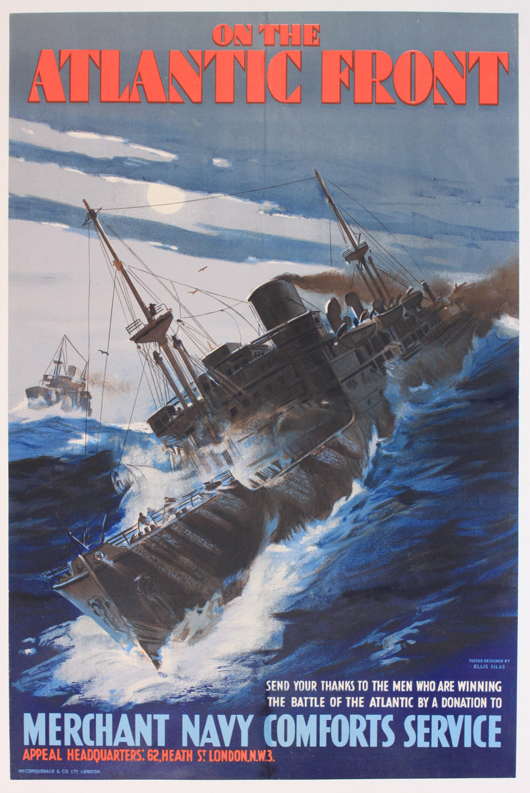 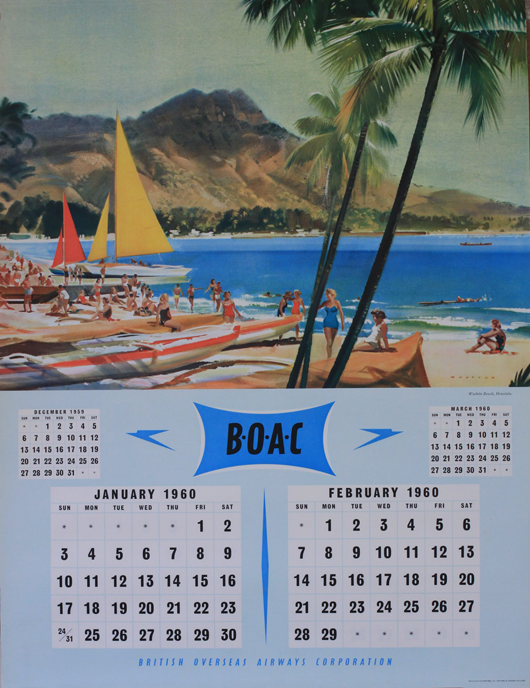 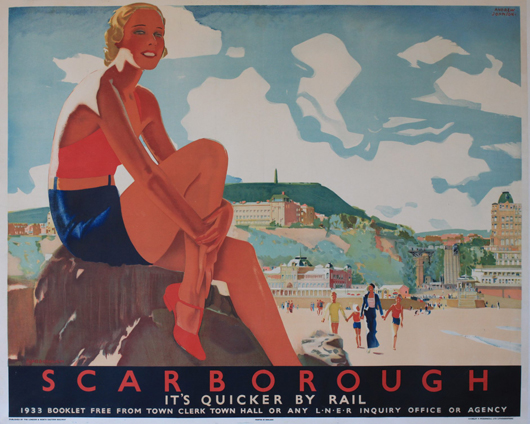