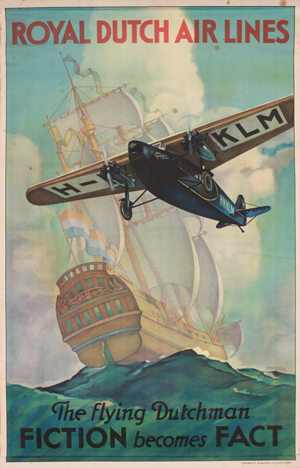 STOURPAINE, England – Onslows has put together a fine and varied collection to suit all pockets and tastes for the auctioneer’s 28th Anniversary Winter Vintage Posters sale on Wednesday, Dec. 19. The auction of more than 320 lots will begin at 2 p.m. GMT (6 a.m. Pacific). LiveAuctioneers.com will provide Internet live bidding.

Onslows has a good collection of World War II home front posters coming recently from a London Council archive. They include a group of three simple but very effective designs encouraging the public to use “Less Light, Water and Gas.” Dating from 1940 they are estimated at £200-250 apiece. Another is for “Keep a Pig” and “Join a Pig Club.” This rare poster from 1940 promoted the only legal way in wartime to fatten a pig without the worries of the ration book. It is expected to make £200-300, certainly more than the cost of a pig in wartime.

An early and rare poster for Royal Dutch Airlines dating from 1926 and showing the Fokker Airliner is expected to sell for around £700. A classic 1950s poster for Quantas, advertising the route to Australia by Frank McNamara and showing a relaxing couple, is estimated at £250-300.

Onslows is well known for selling British Railways posters. Notable among the 200 examples are Tom Purvis’s Bridlington, £1,200-1,600; A.R. Thomson’s art deco design for the Flying Scotsman, £1,000-1,500; and a beautiful set of 12 posters by Pierre Fix-Masseau for the Venice Simplon Orient Express, £500-700. A set of six posters by Frank H Mason for East Coast fishing are estimated at £500-700 each. One of the finest golf posters for Cruden Bay on the LNER by H.G. Gawthorn dates from 1924 and bids of around £3,000 are sought to secure it. Rare original artwork by P.M. Hill for the Great Western Railway poster of Polperro, carries an estimate in excess of £800.

We also offer posters from London Transport, for Continental travel including skiing and many others. 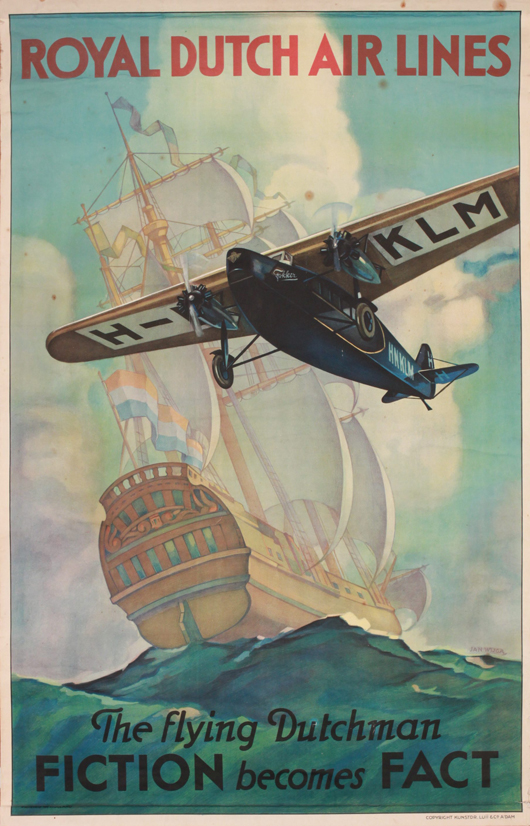