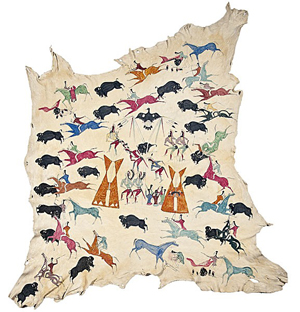 CINCINNATI – Cowan’s is pleased to announce an American Indian and Western Art Auction to be conducted Friday, Sept. 9. This sale offers a unique selection of fresh-to-the-market beadwork, paintings, carvings, weavings and basketry from America’s history dating from the 19th to the 20th centuries.

Liveauctioneers.com will provide Internet live bidding. The auction will begin at 10 a.m. Eastern.

Some of the highlights in the sale are a Cadzi Cody Shoshone painted hide collected by Ervin F. Cheney, three portfolios by photographer Edward Curtis, an important portrait of Red Cloud by Cincinnati native John Hauser, and a collection of Acoma pottery including a San Ildefonso polychrome olla.

“The painted hide by Cadzi Cody is far superior in quality to any hide that has recently been seen in the auction market,” said Wes Cowan, company president and principal auctioneer. “This is a special piece due to its incredibly pristine condition; the vibrancy of the colors and the softness of the texture make this hide, indeed, a rare find.”

The painted hide is estimated to bring $100,000-$120,000. Former owner Erwin F. Cheney settled in Lander, Wyo., in November 1878, where he ran a wagon shop and ran cattle until public land for winter range became scarce. On his ranch, Cheney was said to have employed many Shoshone Indians as laborers, and befriended the elderly and already legendary leader of the Eastern Shoshone, Chief Washakie. At Washakie’s death, Cheney served as his honorary pall bearer. The hide features brightly painted scenes on a softly tanned elk hide. Scenes depicted include the Sun Dance, Grass Dance and a buffalo hunt.

Proceeds of the sale of the hide will be used to establish the Betty Freedman scholarship fund through the Chief Washakie Foundation.

Regarding the Acoma pottery collection, American Indian Art Department specialist Danica Farnand said, “The collection included in this sale is significant in that all of the pieces have polychrome decoration. I think it is one of the best collections of pottery we’ve had at Cowan’s.”

A San Ildefonso polychrome olla is estimated to bring $7,000-$9,000. Attributed to Florentino Montoya, this olla is formed with a bulbous body, a sharp shoulder and a gentle inward-sloping neck.

A Charles Loloma Hopi bracelet is expected to bring anywhere from $20,000-$30,000. The bracelet is made of raised stonework of lapis, turquoise and coral set in gold notched bezel and is dated to the fourth quarter 20th century.

An important portrait of Red Cloud by John Hauser is estimated at $20,000-$30,000. John Hauser was born in Cincinnati to a family of German immigrants. His close friends included artist Henry Farny as well as artist and traveling companion, Joseph Henry Sharp. Until recently, Hauser has been an obscure figure in the Western Art genre, often in the shadows of Sharp and Farny, powerhouses within the field about whom numerous exhibits and publications have been devoted.

A Tlingit polychrome carved totem pole is estimated at $8,000-$10,000. Modeled after Chief Shakes’ totem and carved of cedar with a hollowed back, this pole depicts six figures painted in green, black, and red. It is dated to the first quarter 20th century and is mounted on a wooden base.

A bronze titled Corn Dance by Clement Barnhorn is estimated at $8,000-$12,000. Barnhorn was a Cincinnati sculptor who spent most of his career working in the Queen City. Barnhorn attempted to capture the Indian culture that he saw firsthand in Taos. An important ceremony, Taos Pueblo Indians performed the corn dance during the spring and summer months.

A Mark Chee Navajo silver and no. 8 turquoise squash blossom is expected to sell between $7,000 and $9,000. Graduated silver squashes are inset with organically shaped no. 8 turquoise and strung on a double silver bead strand. The piece is tamped with a hallmark on naja back.

A Sioux beaded hide cradle is estimated at $6,000-$8,000. The cradle is made from thread and sinew and beaded using colors of red white-heart, medium and dark blue, greasy yellow, pea green and white.

An Aleta Tsosie Navajo pictorial weaving is estimated to bring $5,000-$5,500. The weaving, titled Squaw Dance, is finely woven with the subjects depicting the only ceremony where men and women dance together. It is composed of 52 individual figures, 15 paired figures, 18 horse, sheep and cows.

An Apache/Kiowa beaded and painted hide jacket is estimated to bring $7,000-$9,000. The jacket is thread-sewn and beaded using rose, translucent green, white and black. The softly tanned hide is coated in yellow, red and blue-green pigment. A triangular bib hangs from the front and back of the jacket, while a thin fringe falls elegantly at the shoulder and arm seams. Buttons are copper. 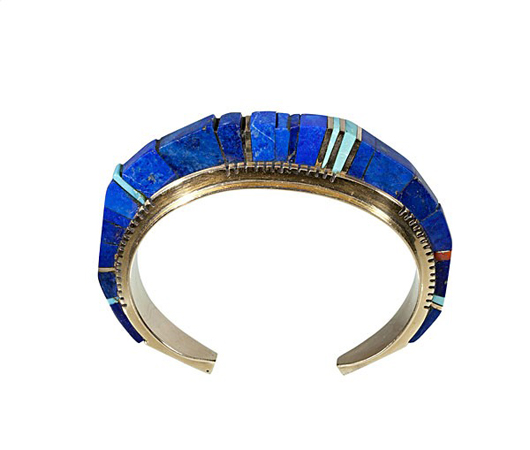 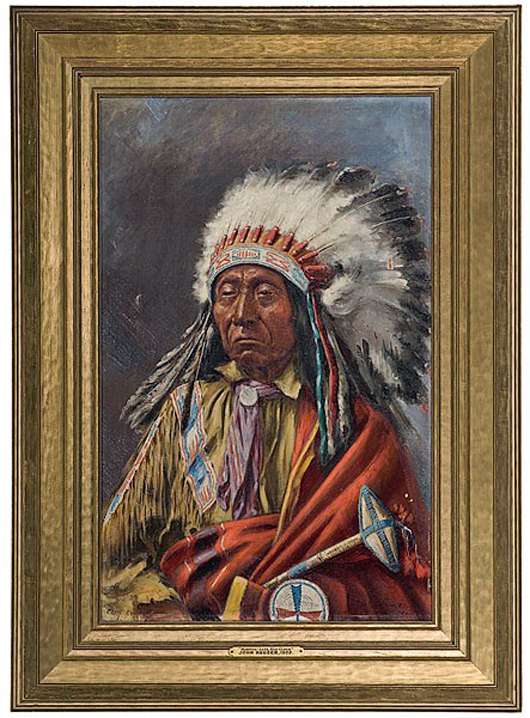 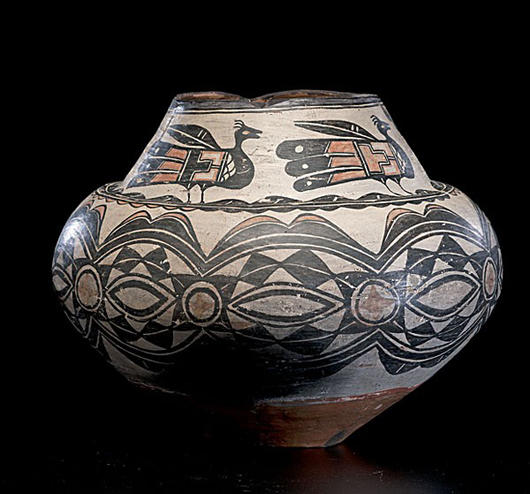 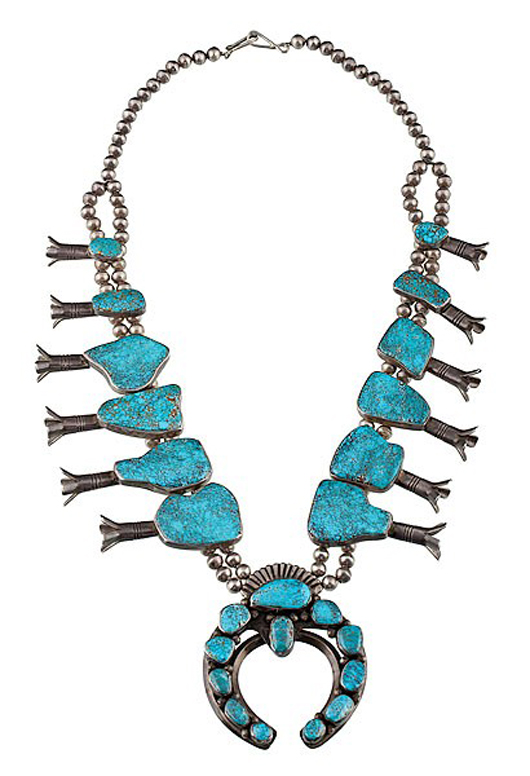 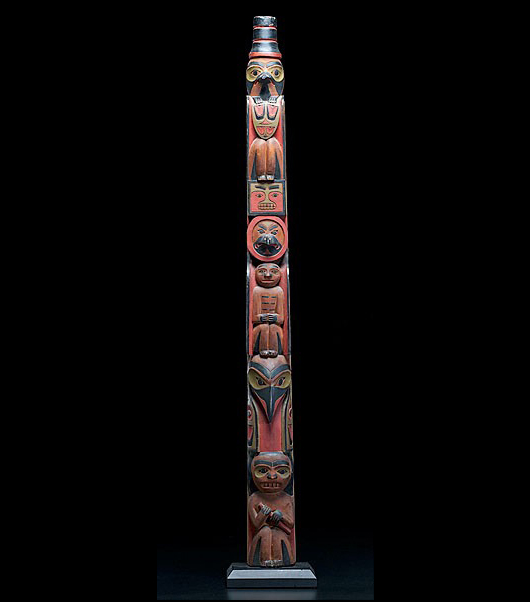