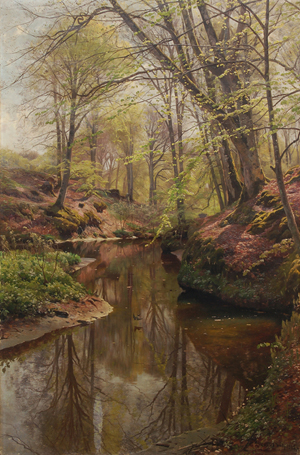 DRESDEN, Germany – Schmidt Fine Art Auctions Dresden will conduct an autumn auction of 17th century to 21st century fine arts and crafts on Sept. 17. The sale will be accompanied by an exclusive selection of jewelry, furnishings, frames and carpets. LiveAuctionceers.com will provide Internet live bidding.

One of the highlights in 19th century painting is an unpublished painting of the late work of the Nazarene-affected historian painter Julius Hübner (1806-1882). Hübner’s oil on canvas titled Tempi passati from 1879 reflects a strong personal aspect reaction to his approaching loss of his post as head of the picture gallery as well as his oncoming infirmity and demise. In this composition the artistic accomplishment differs from the famous Düsseldorf-based brillance of coloring and conduct, and thus not only emphasizes the private intention but renders this painting unique and especially remarkable. This large work, 57 by 32 1/2 inches, will be called up at a starting price of 8.000 euro ($11,200).

Having studied at the Dresden Art Academy Carl Julius von Leypold (1806-1874) in his first works imitated the successful mystic style of the leader of romantic painting, Caspar David Friedrich. Despite the solid attention paid at him, Leypold soon turned away from this style of painting and, in discovering his own abilities and excellence, engaged in a more refined expression of picturesque architectural motives, neglecting his  well-known atmospheric way of painting. An example of his individual style in small format Castel Hill in Snow (circa 1860; oil on cardboard) will be called up at 3,500 euro ($4,900).

In Peder Mørk Mønsted’s Spring in the Woods near Sæby (1912; oil on canvas), another large-size example of the sought-after close-up and carefully observed nature scenes of the Danish artist will be put onto the market. Consigned by a collector, this painting reflects a deep affection for the woods and creeks, the wetlands and moors in the artist’s home country. Mønsted was a master of subtle atmosphere which occassionally resulted in images having near photographic tendencies. Called up at the moderate starting price of 15,000 euro ($21,000), this work surely will draw the attention of collectors.

Regarding the category of works on paper, bidding is expected to be wide and lively. An outstanding highlight is Edmund Kesting’s collage Two Million Mark, which is likely to have been created around 1923. Although Kesting chose the topic of hyperinflation as a central theme in 1922, the now called up collage is his first to offer a clear political statement. Due to its numerous crosses, the black gouached area in the right part of the collage ressembles a graveyard, constructing a reference to the innumerable victims of monetary devaluation. The peak of the inflation was reached in 1923 and led to lack of food as well as the devastating impoverishment of the middle class and the bourgeoisie. The collage starts at 6,000 euro ($8,400).

Collectors of early Meissen china will be delighted by two cups with saucers adorned with gold-etched Augsburg chinoiseries, around 1730 (each called up at 900 euro. $1,260). The bracket clock by the Dresden clockmaker Carl Heinrich Weisse, around 1760 (call up 3,000 euro, $4,200), will surely touch the heart of clock collectors. The court clockmaker dynasty of Weisse was founded in 1756 by Carl Heinrich Weisse and continued for several generations. 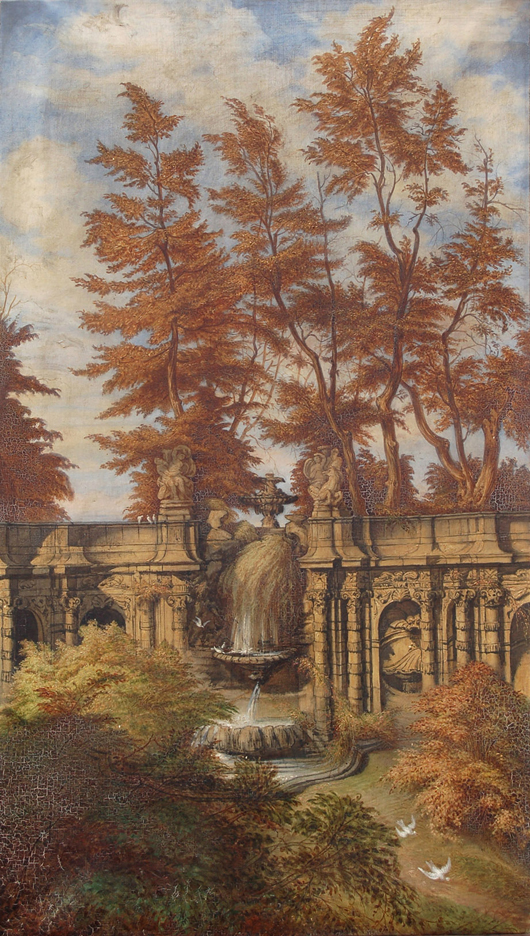 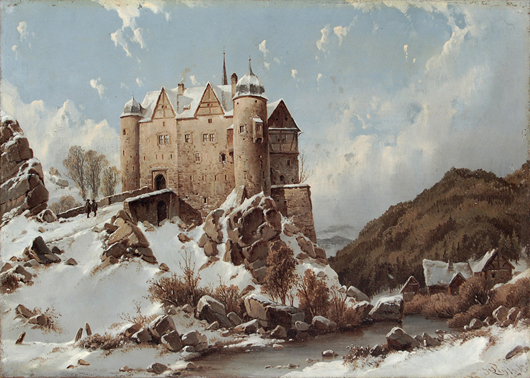 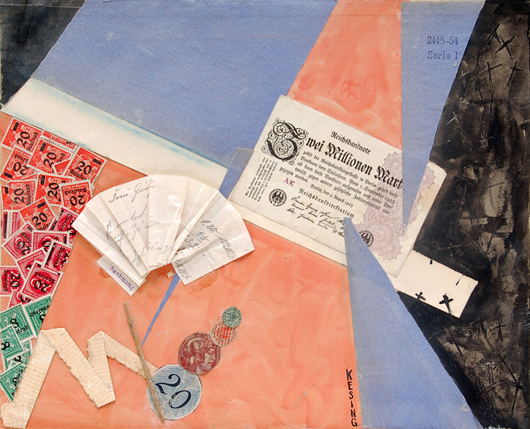 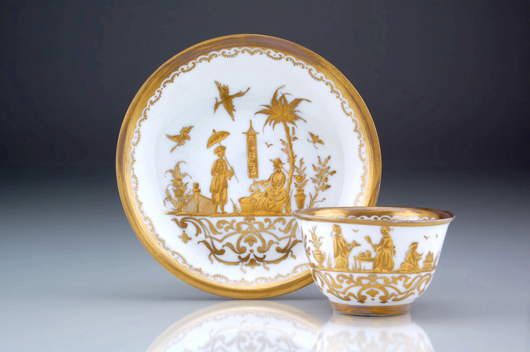 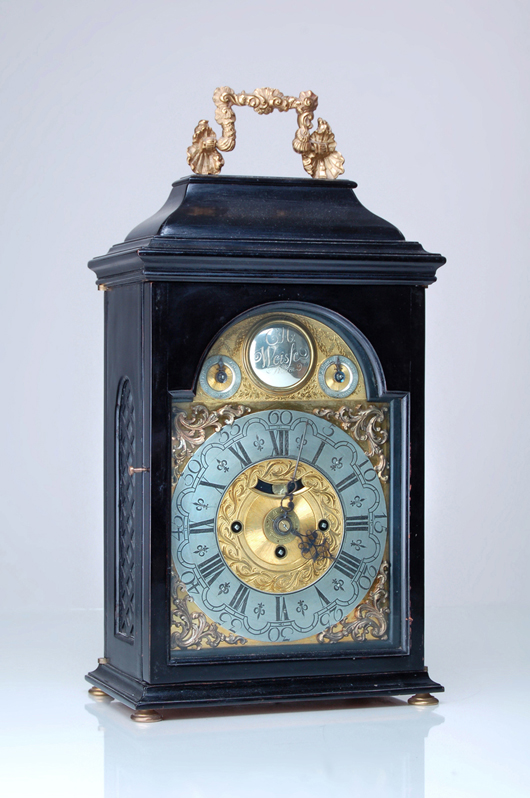