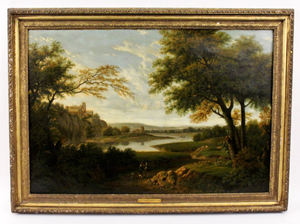 The June 6 session will begin at 6 p.m. and features over 250 lots including more than 30 pieces of blue and white Kangxi porcelain recovered from the Vung Tau, a Chinese trading junk ship that sank off the southern coast of Vietnam in the late 17th century. Among the cargo on board was large amounts of valuable Ching Dynasty porcelain. Some of these items being sold on June 6 were previously sold by Christie’s Amsterdam in 1992.

The two British paintings up for auction in June have been in private hands for decades in a collection located in Suwanee, Ga. The strong equestrian racing oil on canvas painting by John Frederick Herring Sr., was executed in 1851 and depicts – as its title bolsters – The Great Match, York-Spring Meeting Day. This famous race featured two of the most well-regarded British thoroughbred horses of the 19th century, Voltigeur and The Flying Dutchman. On May 31, they competed in a match race with The Flying Dutchman winning by a length. Herring’s signed and dated work up for auction measures 25 inches by 36 inches (framed, 29 1/2 inches by 40 1/2 inches). Importantly, this painting offers another perspective on the subject of The Great Match in York as Herring’s most noted paintings document this very event where these two notable horses competed. The painting is estimated to bring $90,000-$120,000.

Classical Landscape with Figures Strolling on a Path by George Lambert fits within the artist’s signature style and subject. The painting clearly highlights Lambert’s skilled use of perspective, atmosphere and handling. The work, while apparently unsigned, features a F.R. label on verso with registry number and information pertaining to the piece. Unframed, it measures 28 inches by 41 inches; framed, it is 34 inches by 47 inches. The estimate for the 18th century painting is $25,000-$40,000.

Saturday and Sunday’s portion of the sale will feature significant period sterling silver serving pieces by noted makers. Two George III oval platters by the renowned British silversmith Paul Storr, both made in the early 19th century, are prime examples. Both are meat serving platters with shell and leaf decorations. One is 89.2 troy ounces (est. $5,000-$7,000), the smaller is 53.1 troy ounces (est. $4,000-$6,000).

Inquiries regarding bidding or the auction can be made by e-mail (bids@aandoauctions.com) or phone 404-869-2478.

A buyer’s premium (on a sliding scale, depending how an item is bid on and paid for) will be applied to all purchases. 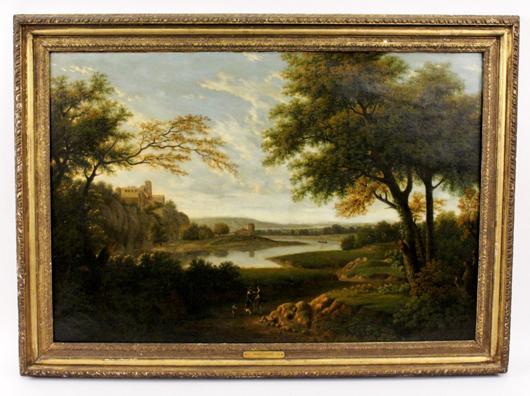 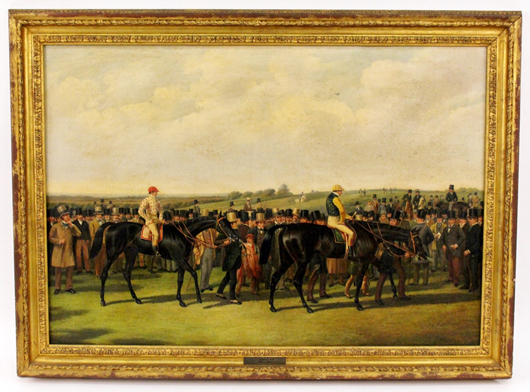 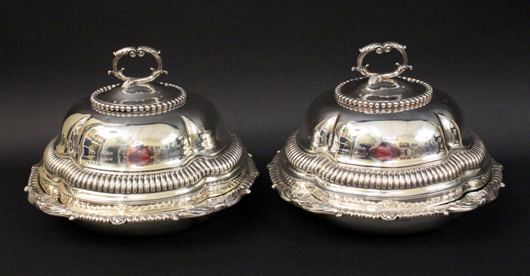 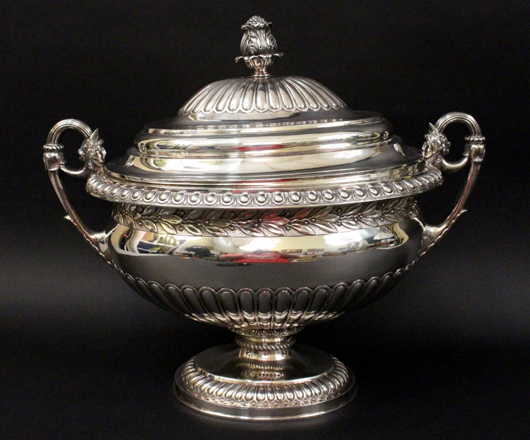 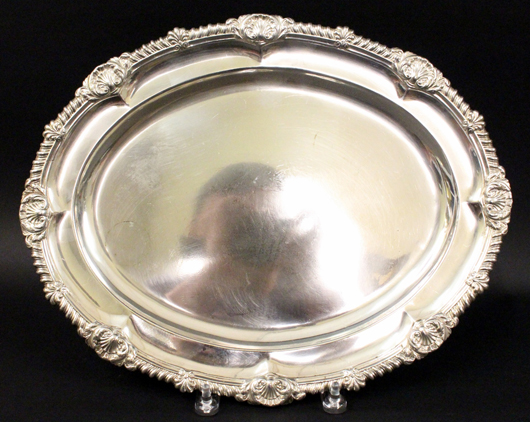