PALM BEACH, Fla. – Guests attending Palm Beach Modern Auctions’ (PBMA) stylish, hospitable events often compliment co-owners Rico Baca and Wade Terwilliger on the consistent superiority of items offered in their sales. In order to make the cut for any of PBMA’s beautifully presented auctions, an artwork, furnishing or decorative accessory must pass the tests of quality, authenticity and market desirability, said Baca, who is also the company’s auctioneer. “Each potential consignment is assessed as though it were going to be offered to a very sophisticated and particular private client. We enjoy the curating process and always learn something new along the way,” he said.

The sale will open with sleek 1950s-1970s furniture, including a superb Vladimir Kagan Contour loveseat/sofa. With muted gold upholstery on a Scandinavian-style walnut frame, this desirable example is expected to make $5,000-$7,000. 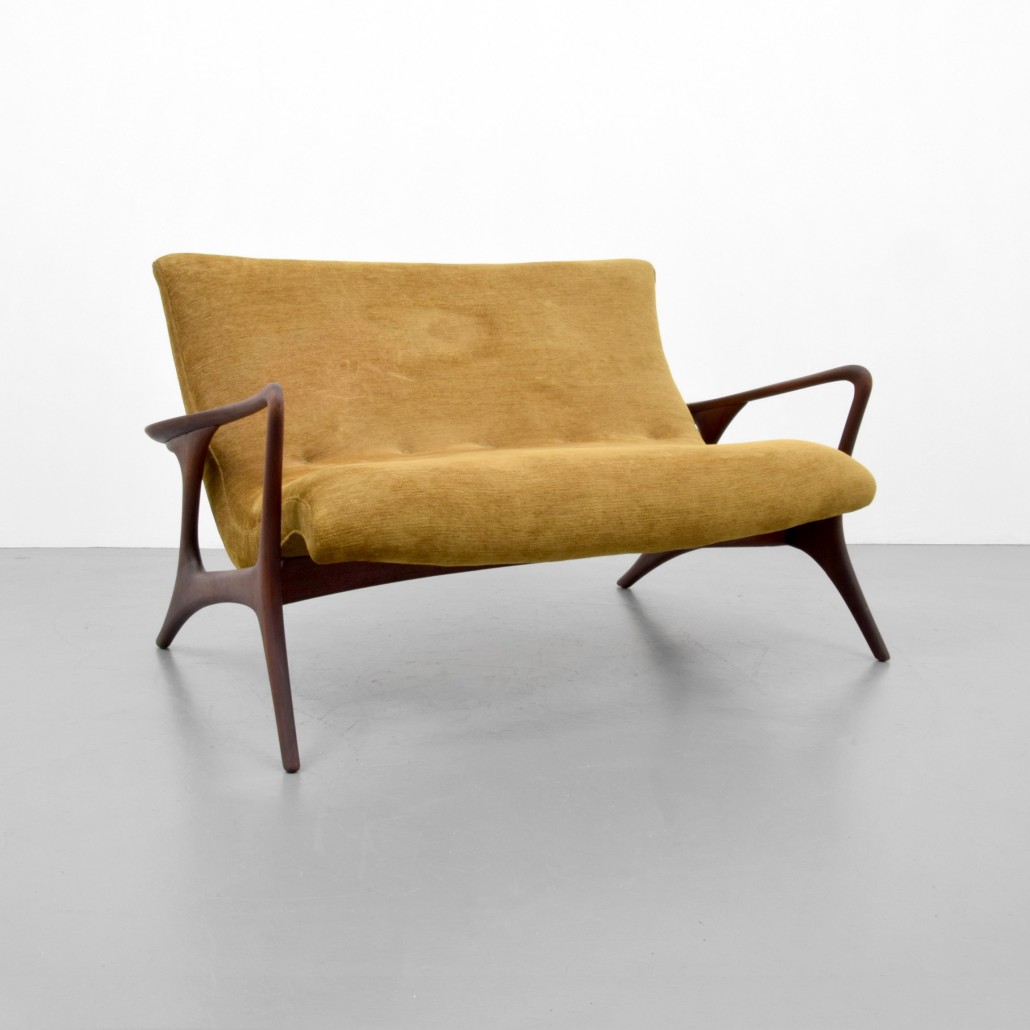 Other top furniture lots include an Edward Wormley Model #5425 occasional table with a Murano glass-tiled top, est. $3,000-$5,000; a pair of Jacques Adnet upholstered leather and brass folding chairs, $3,000-$4,000; and a pair of Marzio Cecchi for Studio Most leather and enamel-on-steel lounge chairs with matching ottoman, $3,000-$5,000. “Midcentury furniture has obvious aesthetic appeal, but it was also made to last. Furniture of this type is meant to be used and enjoyed in the home,” Baca noted.

The fastest-growing category in PBMA’s sales is modern and contemporary artworks. “It has been so gratifying to see how our following for art has grown worldwide. There is much more interest than ever before, and bidders aren’t just going after the well-established names; they’re acquiring works by lesser-known or up-and-coming artists, as well,” Baca said.

The May 14 selection includes a mix of investment-grade art to please a variety of tastes. 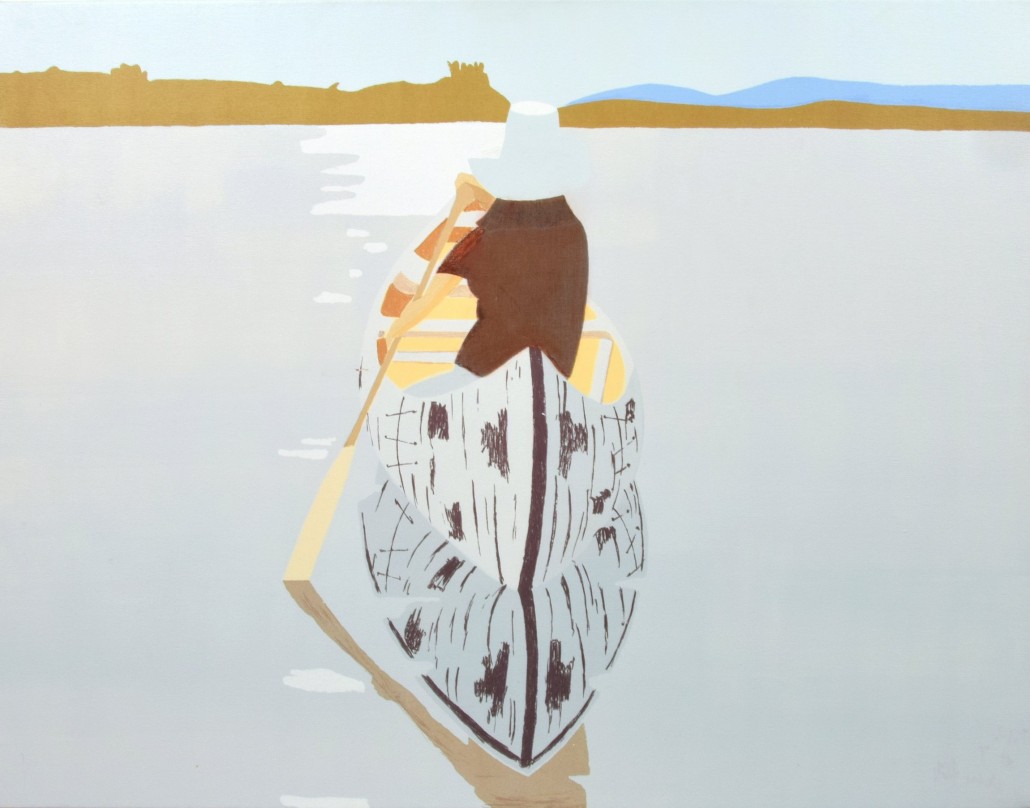 Prices have been headed nowhere but up for the amusing chimpanzee depictions created by Donald Roller Wilson (American, b. 1938-). His signed 1985 painting of a chimp wearing a jeweled crown, titled Betty Saw It, carries an auction estimate of $10,000-$15,000. 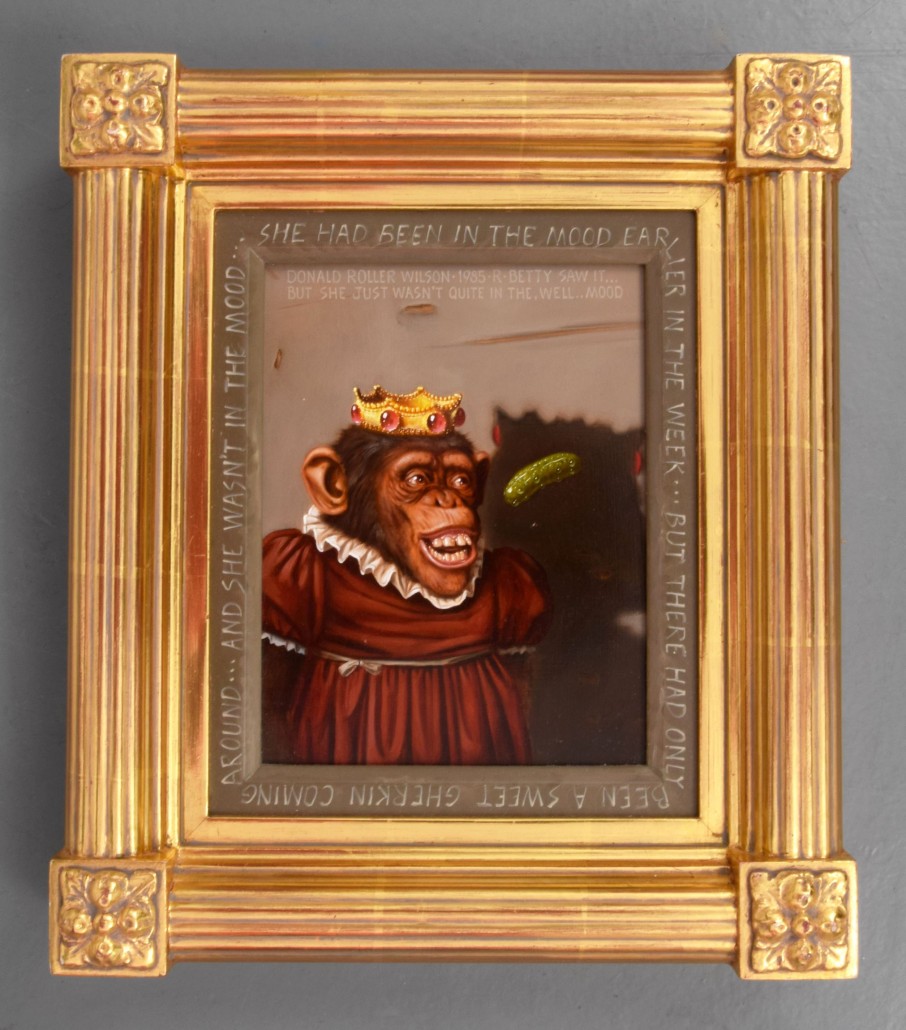 Some particularly fine sculptures will be taking the auction spotlight on May 14. One such example is a Harry Bertoia (American, 1915-1978) patinated pronze titled Wave-Formed Energy. Displayed on a welded-rod stand and accompanied by a certificate of authenticity from Val Bertoia, it is estimated at $20,000-$30,000. 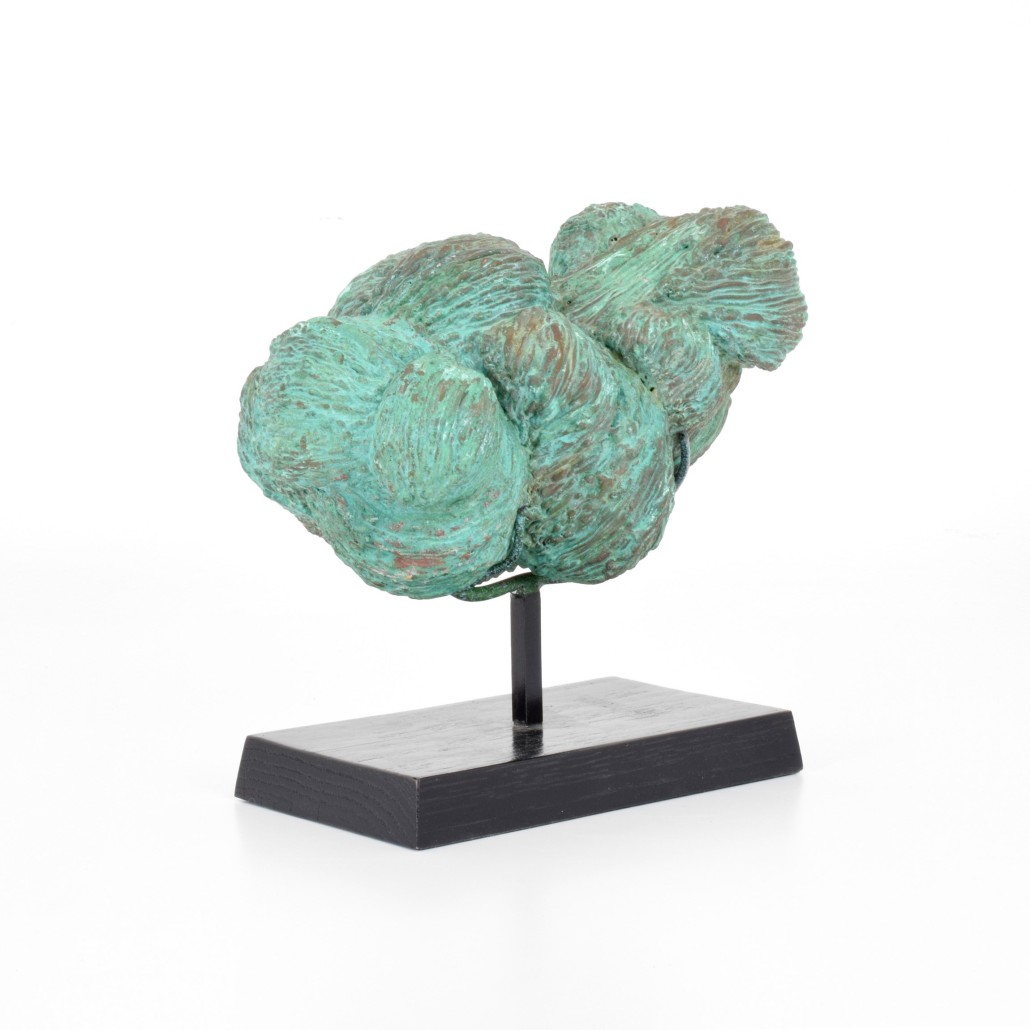 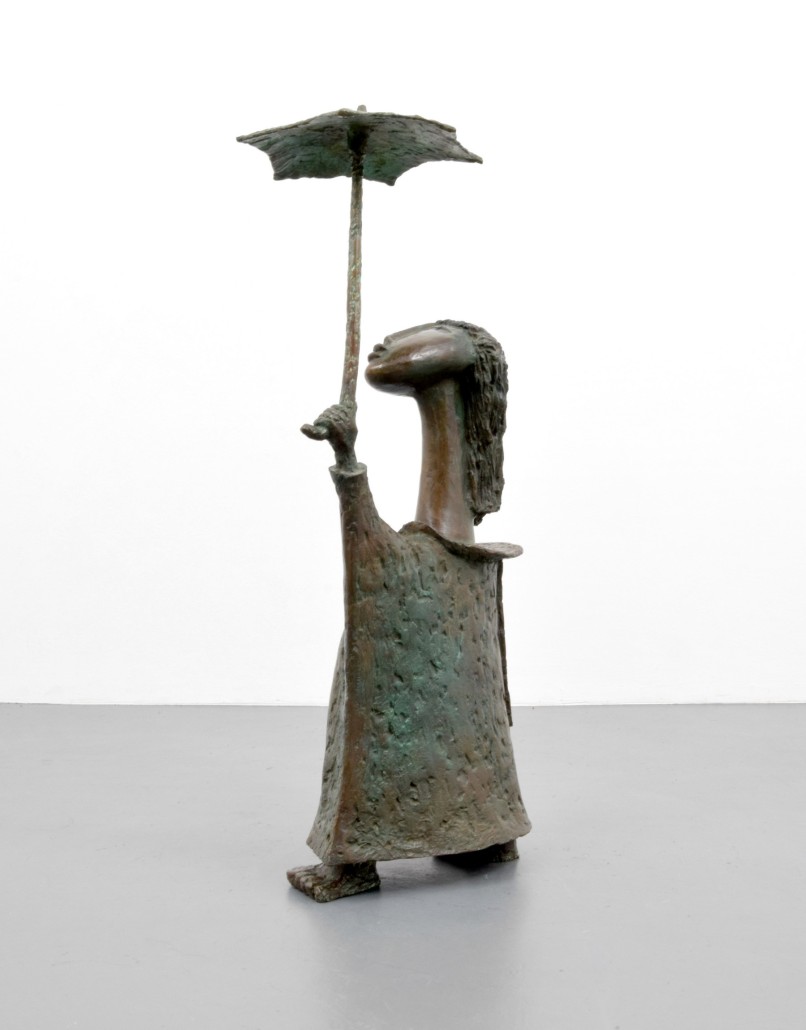 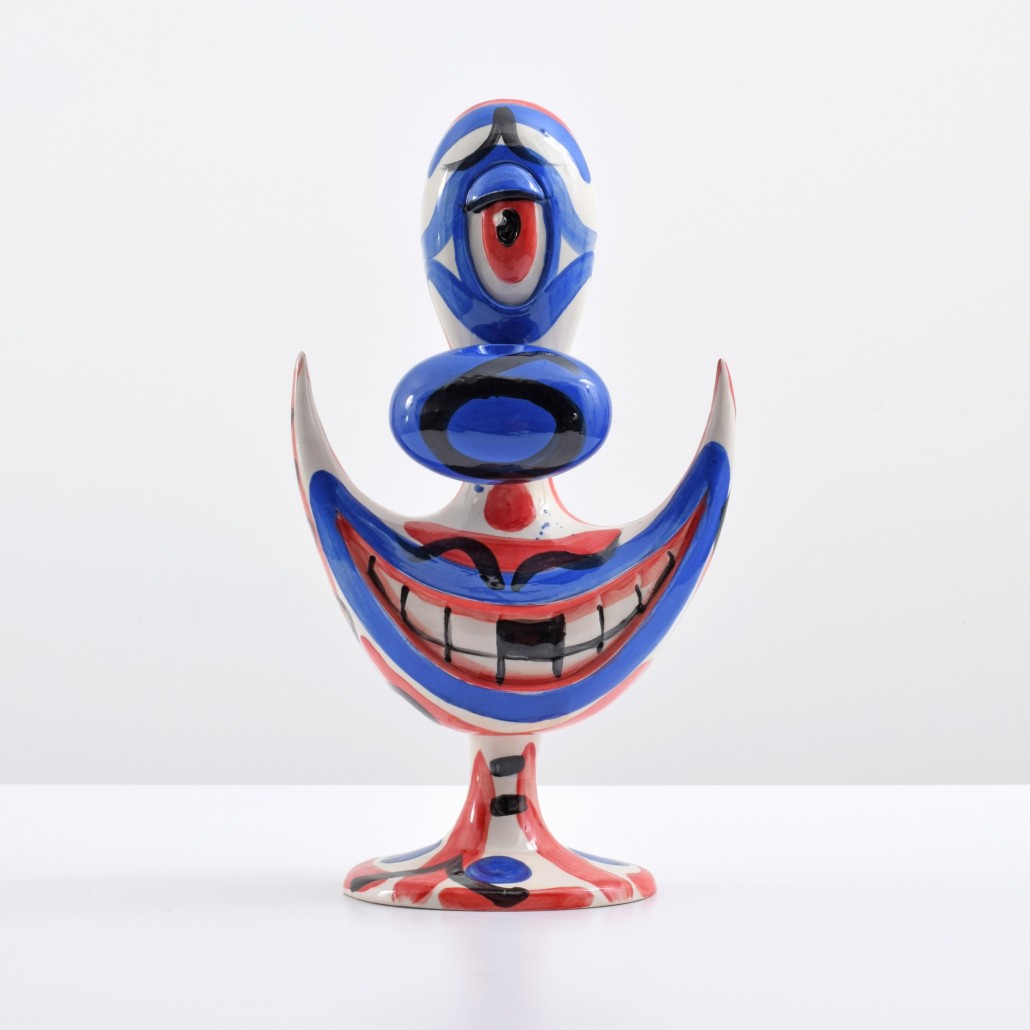 Created by Thomas Stearns of the Venini Murano Italia glassworks, an important Cappello del Doge vase has provenance that begins with the revered Italian company’s long-tenured head glass master. The orange, bronze and white acid-etched vessel is well documented, having appeared in both the Venini Glass Catalogue 1921-2007 and Venini: Catalogue Raisonne 1921-1986. This connoisseur’s piece is entered with a $20,000-$40,000 estimate and is one of many exceptional glass objects that will be available to bidders. 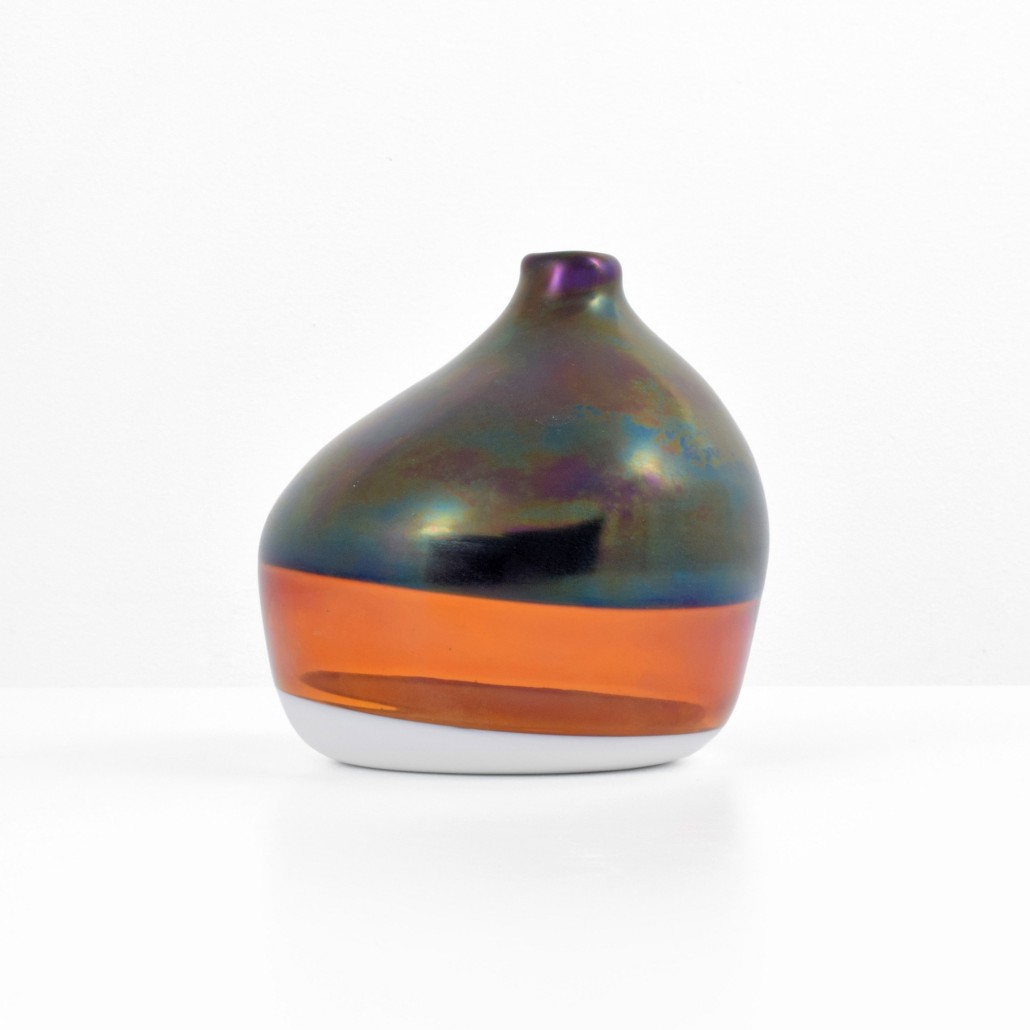 Palm Beach Modern’s May 14, 2016 auction will begin at 12 noon Eastern Time, with absentee and Internet live bidding through LiveAuctioneers.com. For additional information on any item in the auction, call 561-586-5500 or e-mail info@modernauctions.com.