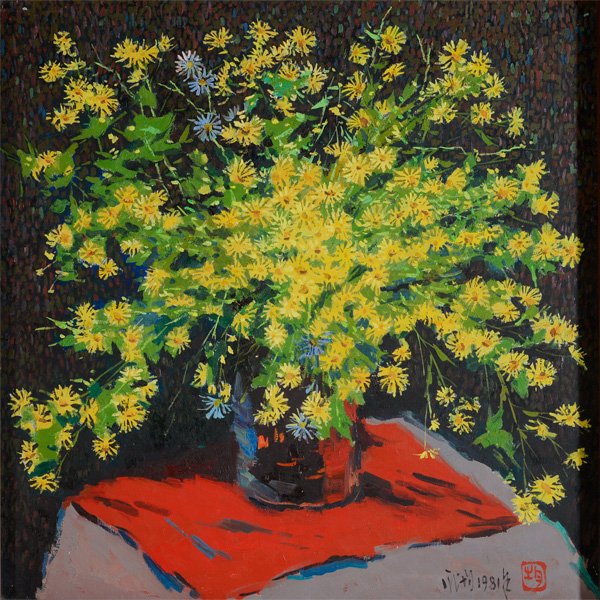 Appearing as a snapshot of an unassuming arrangement of largely yellow chrysanthemums bursting from a cylindrical vase upon a red mat, the piece delights with a natural spontaneity. Acquired directly from the artist in 1982, the piece is signed and dated upon the lower right, measuring a square 23 by 23 inches.

Jiun was recognized as a Shanghainese art prodigy, graduating from the China Central Academy of Fine Arts in Beijing at 18 years of age. Jiun is known for painting in a modern Western style that echoes with Chinese elements, widely collected by institutions and private buyers alike. Some of the most prestigious recognition bestowed on him during his career includes the 21st Century Award for Lifelong Achievement from the International Biographical Center in Cambridge, England in 2004 as well as being listed as one of their top 100 artists of the world in 2007.

Wild Chrysanthemums will be joined at auction by a Ding Yanyong ink on paper titled Bamboo, Orchid, and Chrysanthemums (below) as well, with this highlight carrying an estimate of $5,000-$7,000. 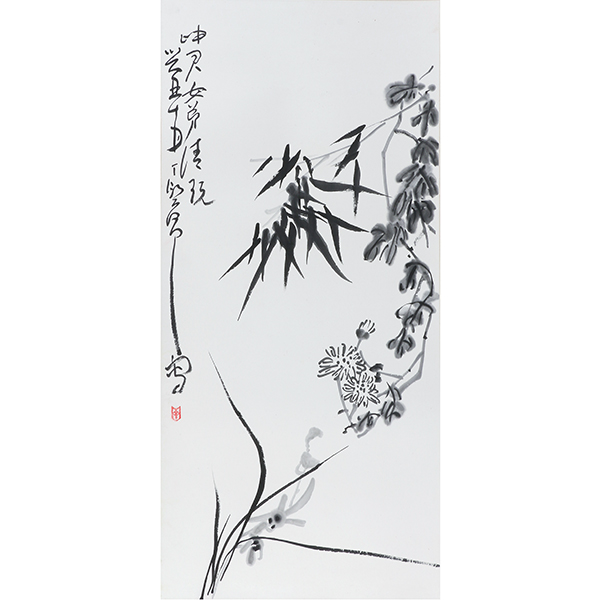 Artfully and skillfully crafted interior pieces of superior materials at auction include a pair of slight huanghuali cabinets of the Republic period, measuring approximately 24 1/2 x 18 x 12 3/4 inches (est. $10,000-$15,000). Acquired in Tianjin, China during the Republic period, the finely crafted furnishings are uncomplicated in form as they are largely unadorned, letting the natural beauty of the huanghuali wood take precedence. 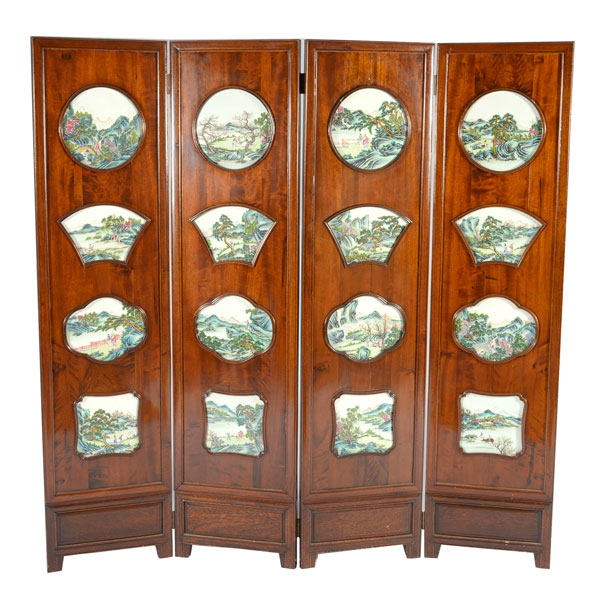 A pair of framed hanging porcelain plaques by Chen Baochang is listed at an estimate of $4,000-$6,000 as well, with the traditional landscape scenes bearing poetic descriptions and seals of the artist (lot 9196).

Decorative vessels will provide bidders with a variety of beautiful pieces at sale, with highlighted lots crafted of fine porcelain and bronze. Exceptional porcelains include a charger of iron red double dragons (lot 9189, est. $4,000-$6,000) a large “phoenix tail” vase of layered glazes resulting in desirable color striations (below, est. $3,000-$5,000). 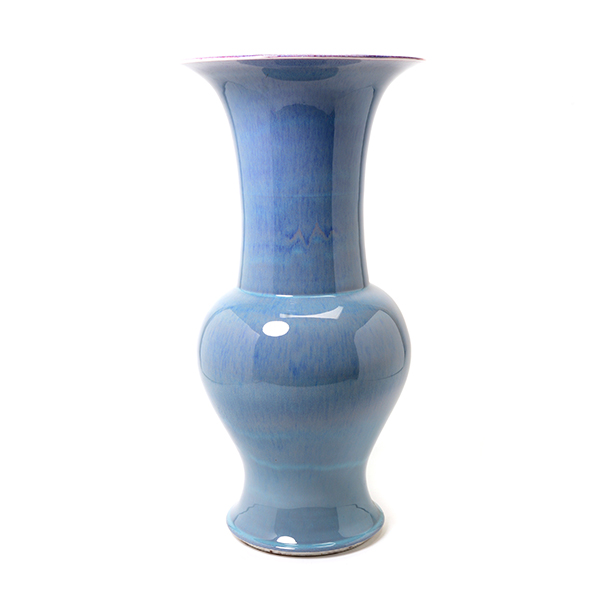 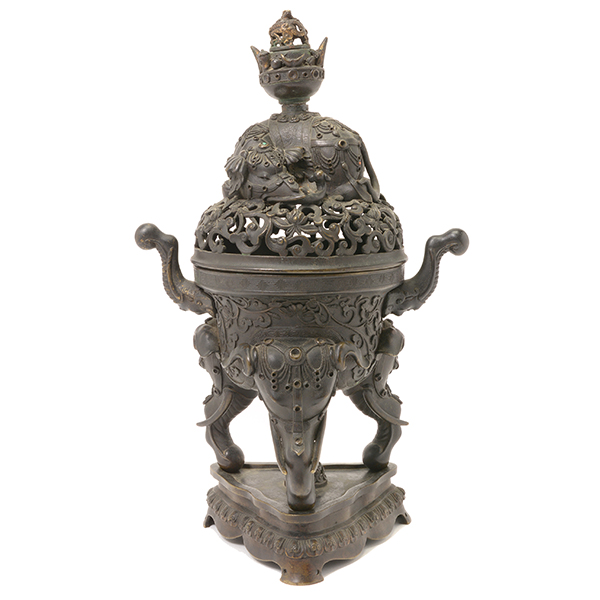 Also among the bronze sale section will be a significant and dramatic model of an embracing Paramasukha-Chakrasamvara and Vajravarahi, with the assembled deities fitting into a pierced stand (lot 9125, est. $5,000-$7,000).

For more information on Michaan’s 2016 June Fine Asian Works of Art auction as well as additional fine sale offerings from the June 13 auction, contact Michaan’s at 510-740-0220 or email info@michaans.com.

Michaan’s puts together comprehensive sale for 2012 opener on Jan. 7