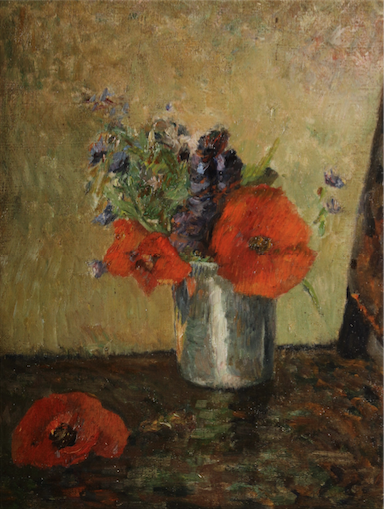 LITCHFIELD, Conn. – It’s a scenario every art appraiser and auctioneer dreams of – exploring the contents of a long-held collection and discovering an artwork that is much more important than even its knowledgeable owner initially believed. That was the case when Nick Thorn, president of Litchfield County Auctions & Appraisals, was asked to evaluate estate property that had been amassed over a lifetime by a Manhattan antiques dealer. Within the eclectic selection of artworks, French Empire pieces and midcentury furniture was an appealing little French school still life in an ornate gilt frame.

“It had been quietly displayed on a wall in the owner’s home since the mid-1980s. It was unsigned and had a hard-to-decipher monogram. I was intrigued by it, but the painting wasn’t for sale at the time, so I didn’t spend a lot of thought on it,” Thorn said.

Months later, Thorn was contacted by the painting’s owner and asked if it would be possible to include the artwork in Litchfield’s April auction. The consignment deadline had long since come and gone, but the owner had some enticing new details to share. Upon removing the painting from the wall, he had noticed some labels from Sotheby’s Parke Bernet in Paris that indicated the work was by second-tier Impressionist Paul Signac. Potentially, it could be worth $50,000 to $100,000 at auction. 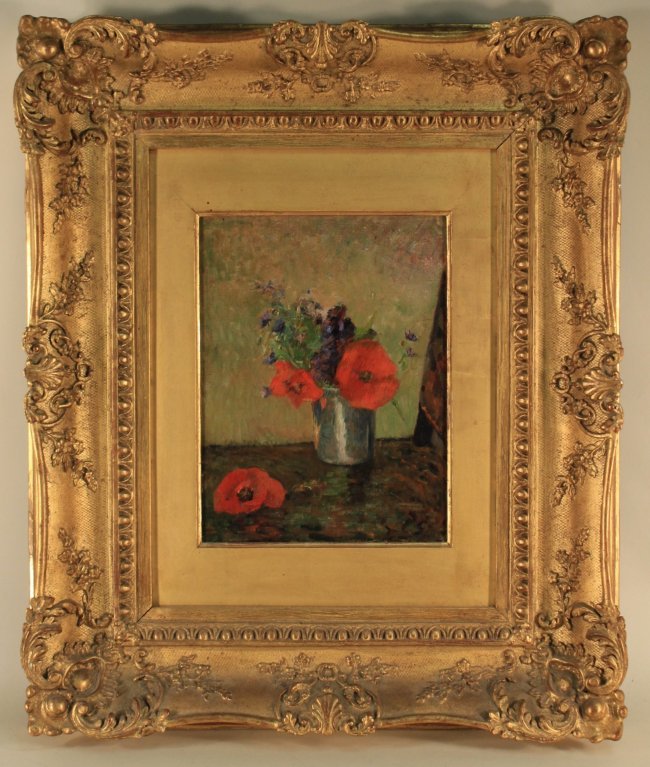 However, there was a problem – it looked nothing like a Signac and did not appear in the artist’s catalogue raisonne. So Thorn asked his father, Weston Thorn, founder of Litchfield County Auctions; and the company’s other art expert, Tom Curran, to weigh in with their opinions. Upon closer scrutiny, Weston Thorn noticed that the frame was too large for the painting and that it had been fitted with a liner. His opinion was that the identification labels on the frame probably had nothing to do with the painting.

Now their focus shifted to the faint “PS” monogram. Searching through various art databases, the auction-house sleuths could not find any other painters with those initials who painted in that style. 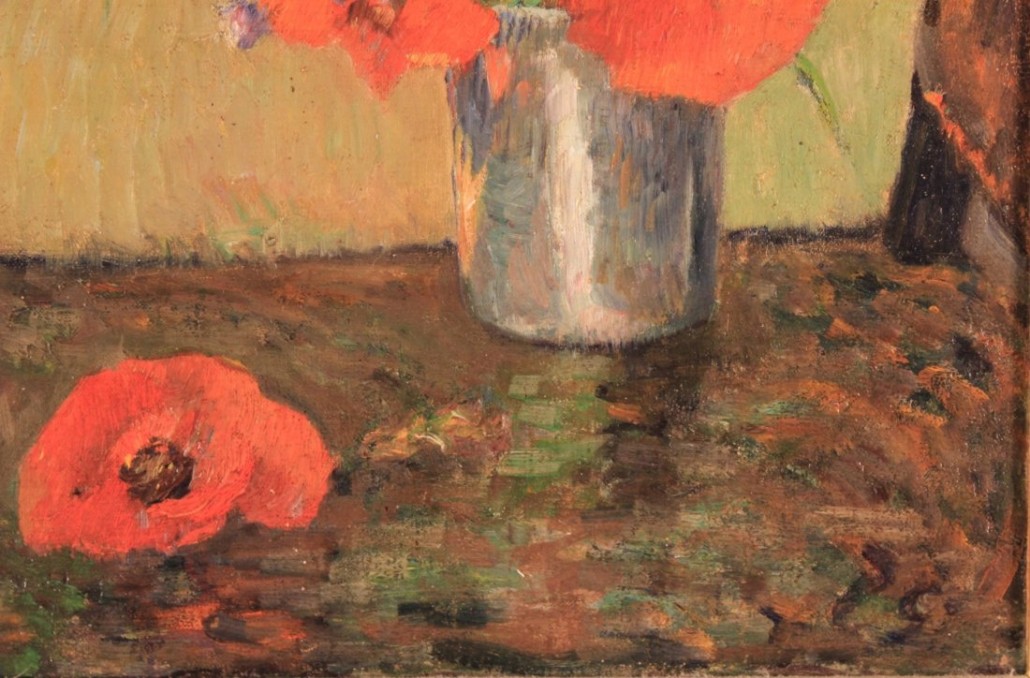 The indistinct initials shown at lower right turned out to be ‘PG,’ as in Paul Gauguin.

At that point, Curran started looking up Gauguin still lifes and concluded that their painting did, indeed, have a similar look.

After a few months of research – first locating the painting in Gauguin’s catalogue raisonne, then having it authenticated by the Wildenstein Institute – Litchfield County Auctions could confirm without question that they had in their possession a genuine 1885 Paul Gauguin still life. After ensuring the work was not listed in any lost or stolen-art registry, Nick Thorn notified its owner that the painting, which is titled Fleurs D’Ete Dans Un Gobelet (Summer Flowers in a Goblet), would be the centerpiece of their June 29-30 auction.

An exciting discovery, the Gauguin painting has been given an auction estimate of $800,000-$1.2 million. It will share the spotlight with other prestigious consignments: a select grouping of Picasso ceramics, a top-tier collection of European furniture and decorative art; a well-refined collection of religious icons, reliquaries and Russian icons; tribal art, and a collection of antique occupational shaving mugs. 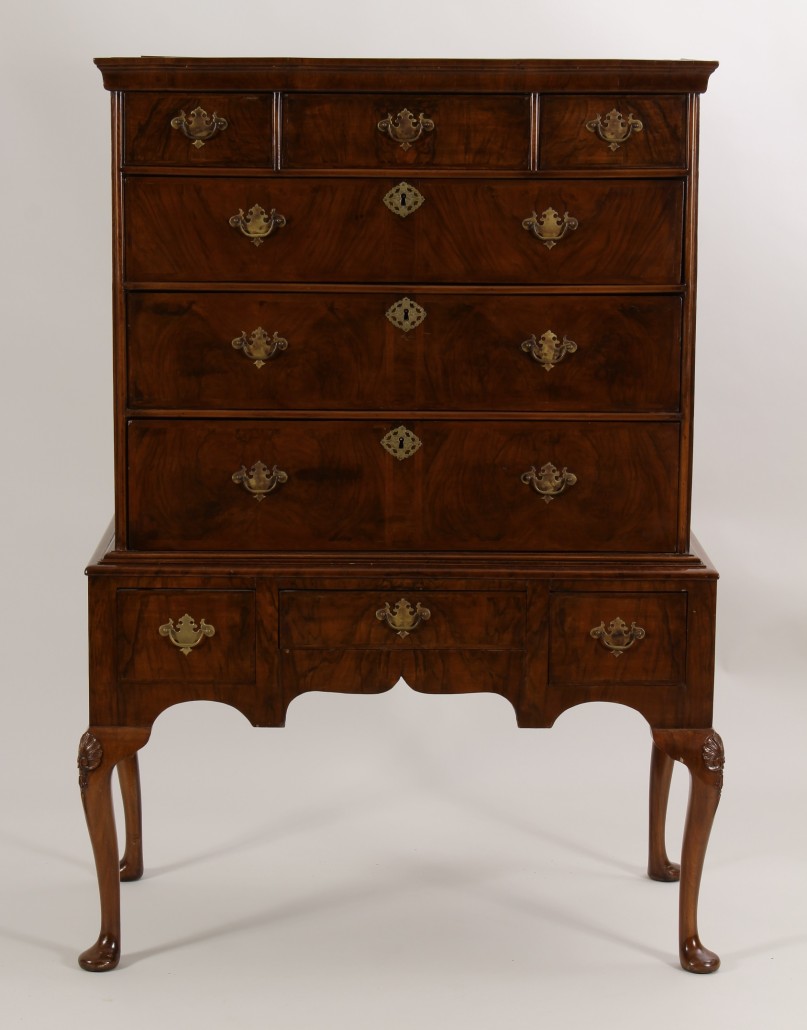 Also, a Victorian papier-mache terrestrial globe that would enhance any traditional study or office was produced in London in 1842 and is entered with a $1,500-$2,500 estimate. 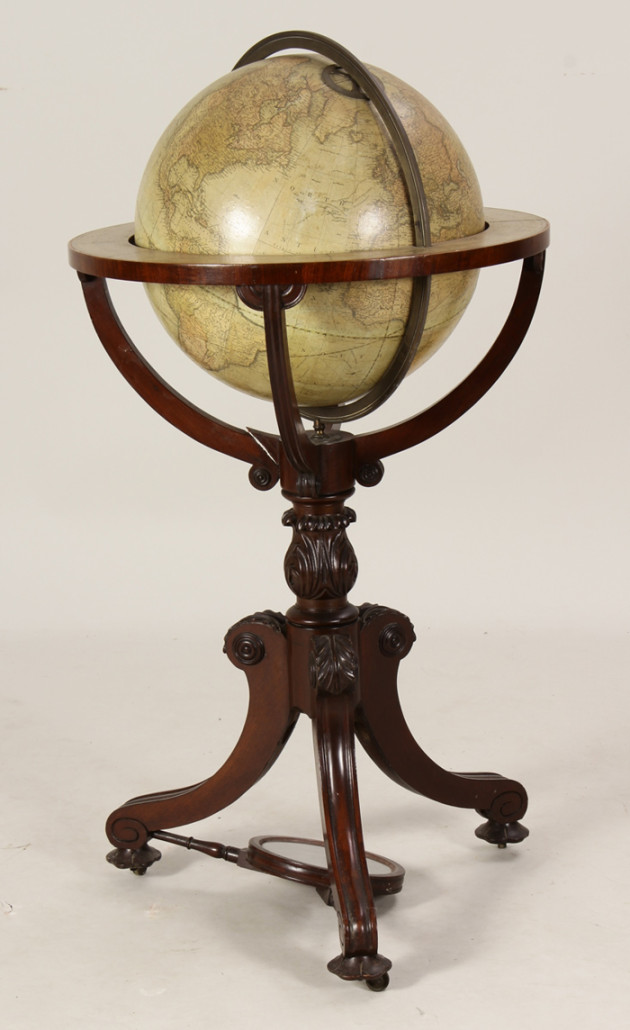 Leading the Asian decorative art highlights is a pair of stunning 19th-century Chinese bottle-shape porcelain vases that have been repurposed as lamps, as was the fashion in the early 20th century. The lamps are offered as one lot with an $8,000-$12,000 estimate. 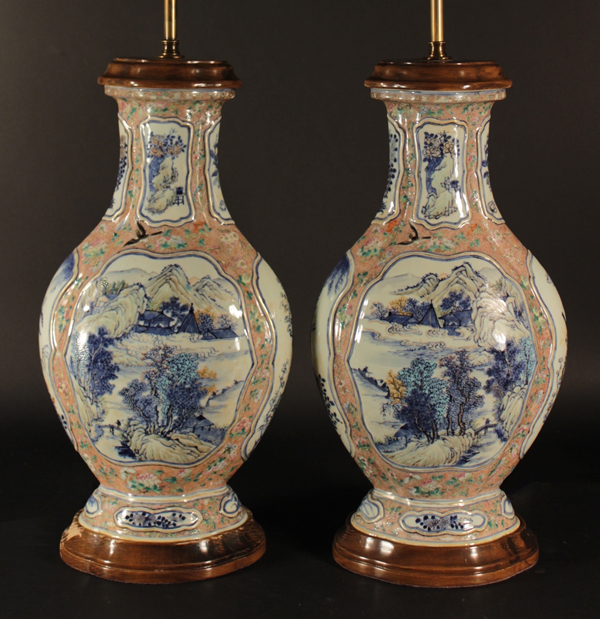 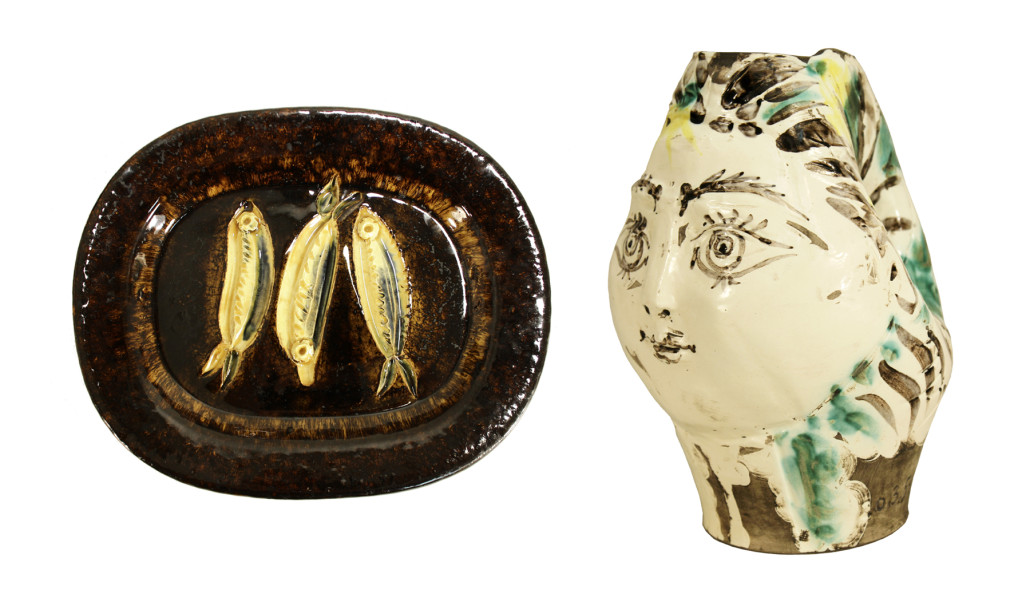 A single-owner collection of religious icons, reliquaries and effigies features a Russian icon of Christ in the temple in Jerusalem with three archangels watching from above, $2,000-$3,000; and several French 19th-century Santibelli saint figures offered in small groupings. Among the many three-dimensional depictions are The Virgin of Marseilles, St. Christopher with the Christ Child, St. Philomena with an anchor, and St. Agnes with a palm branch. Each of the lots is estimated at $600-$900. 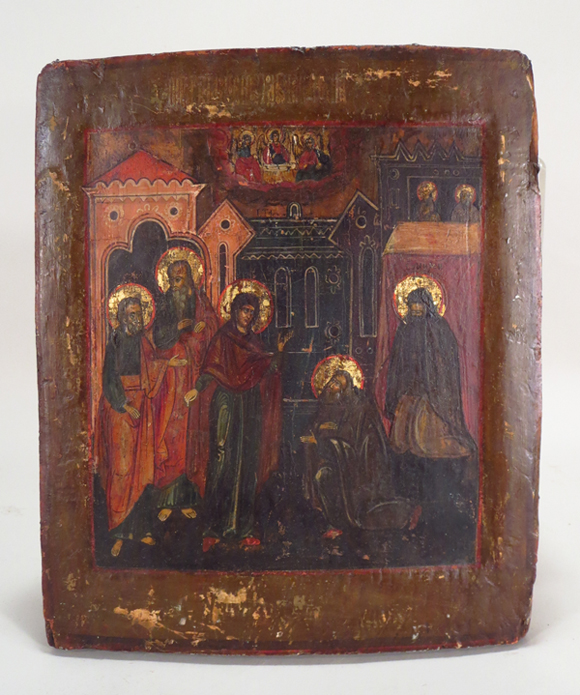 Russian icon of Christ in the temple in Jerusalem with three archangels in clouds above, est. $2,000-$3,000

Litchfield County Auctions’ Wed./Thurs. June 29-30, 2016 auction will start at 10 a.m. Eastern Time on both days. For additional information on any item in the auction, call 860-567-4661 or email sales@litchfieldcountyauctions.com. Bid absentee or live via the Internet  through www.LiveAuctioneers.com.